There are two beautifully contrasting colours of Devonian sandstone in St Magnus Cathedral in Kirkwall in Orkney. Both are 380 million years old in their current form.

The brown sandstone, which can be quite yellow in parts and darker brown in others, was originally the mud in Lake Orcadie, a massive inland basin into which rivers ran. The red sandstone was originally desert sand, just like the Sahara.

St Magnus Cathedral was founded in 1102 by Vikings. I don’t know how old these pillars are, but one’s certainly seen more weathering than its compatriot. 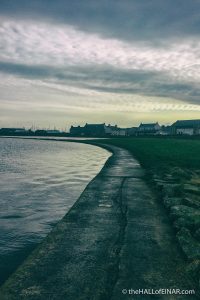 Kirkwall at dawn I've just woken up in a Viking city. A city which is only part of the UK, and not Norway,… read more 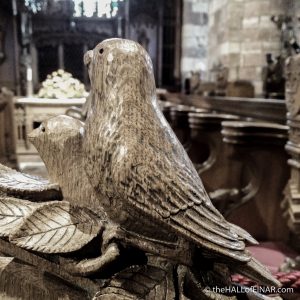 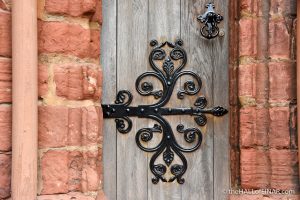 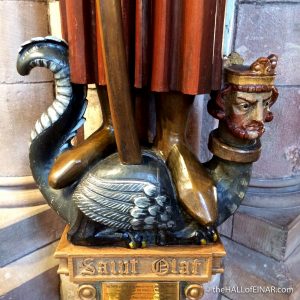 Saint Olaf in St Magnus Cathedral In life Saint Olaf was a violent and brutal warlord; a killer Viking who lived 1,000 years ago. Yet he's… read more 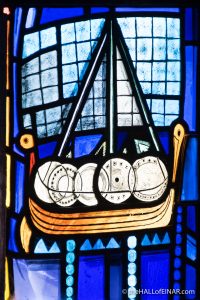 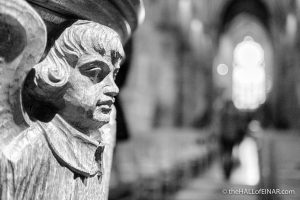 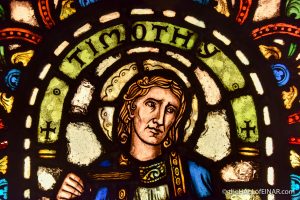 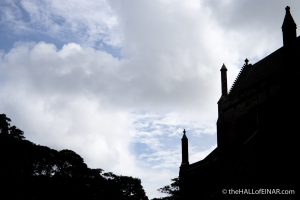 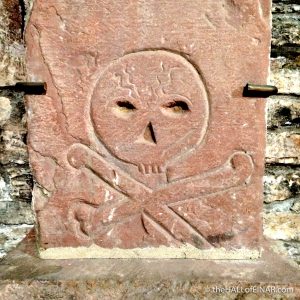 Cross-bones and a cross-looking skull The graves in St Magnus Cathedral are fascinating. What caught my eye with this carving is the anatomically correct cross-bones,… read more