There’s a huge tide of seaweed washed up in the bay at North Haven on Westray. We check for seals on the beach before we walk ever so slowly down the pebbles towards the waterline. There’s a flock of Dunlin working the seaweed for invertebrates. They are dizzyingly busy: 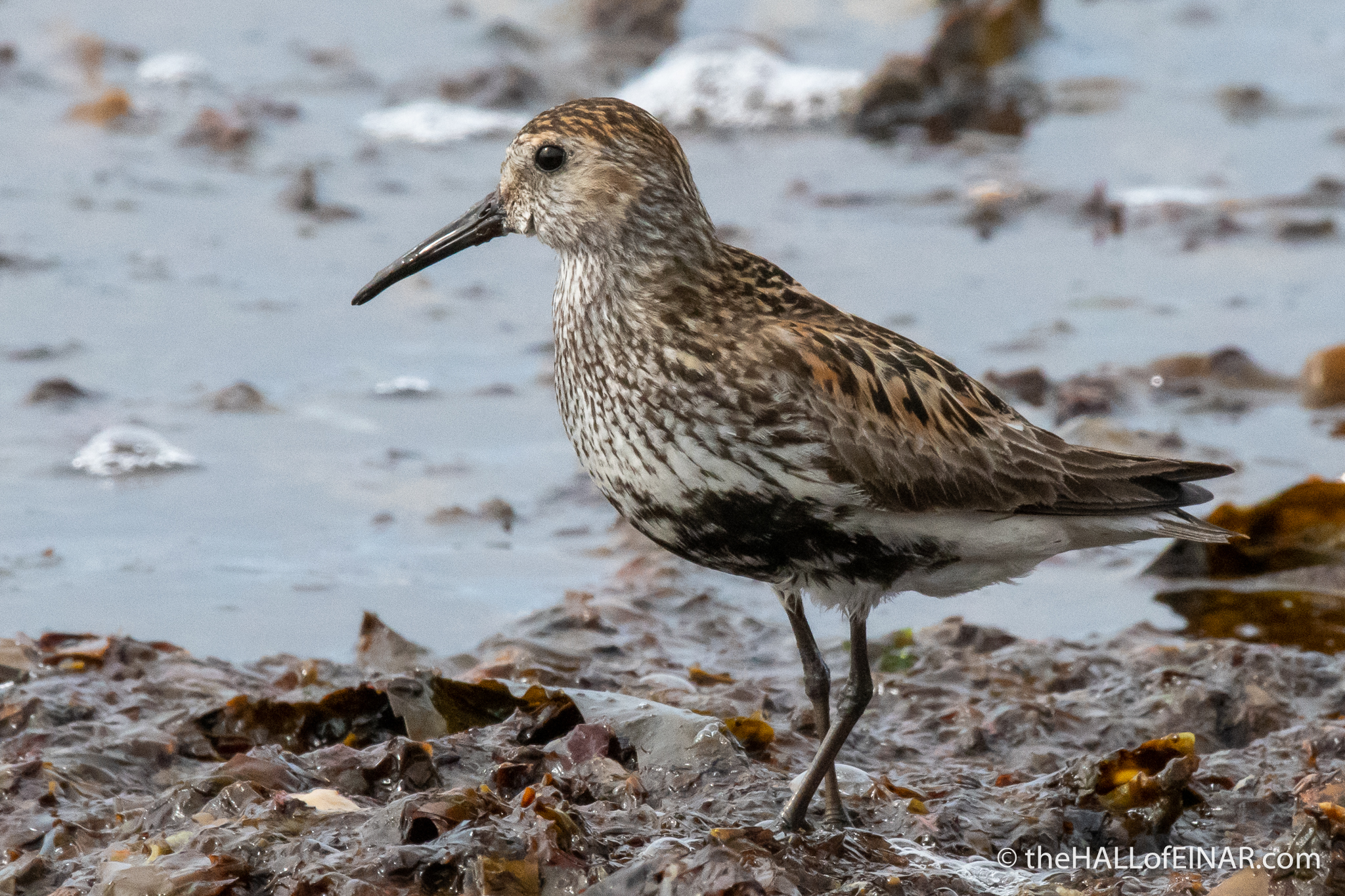 This one is in full adult breeding plumage.

In Orkney they are called Boondies.

They flit from one place to another as the waves uncover or disturb another hoard of food: They are so delicate and precise on the ground: 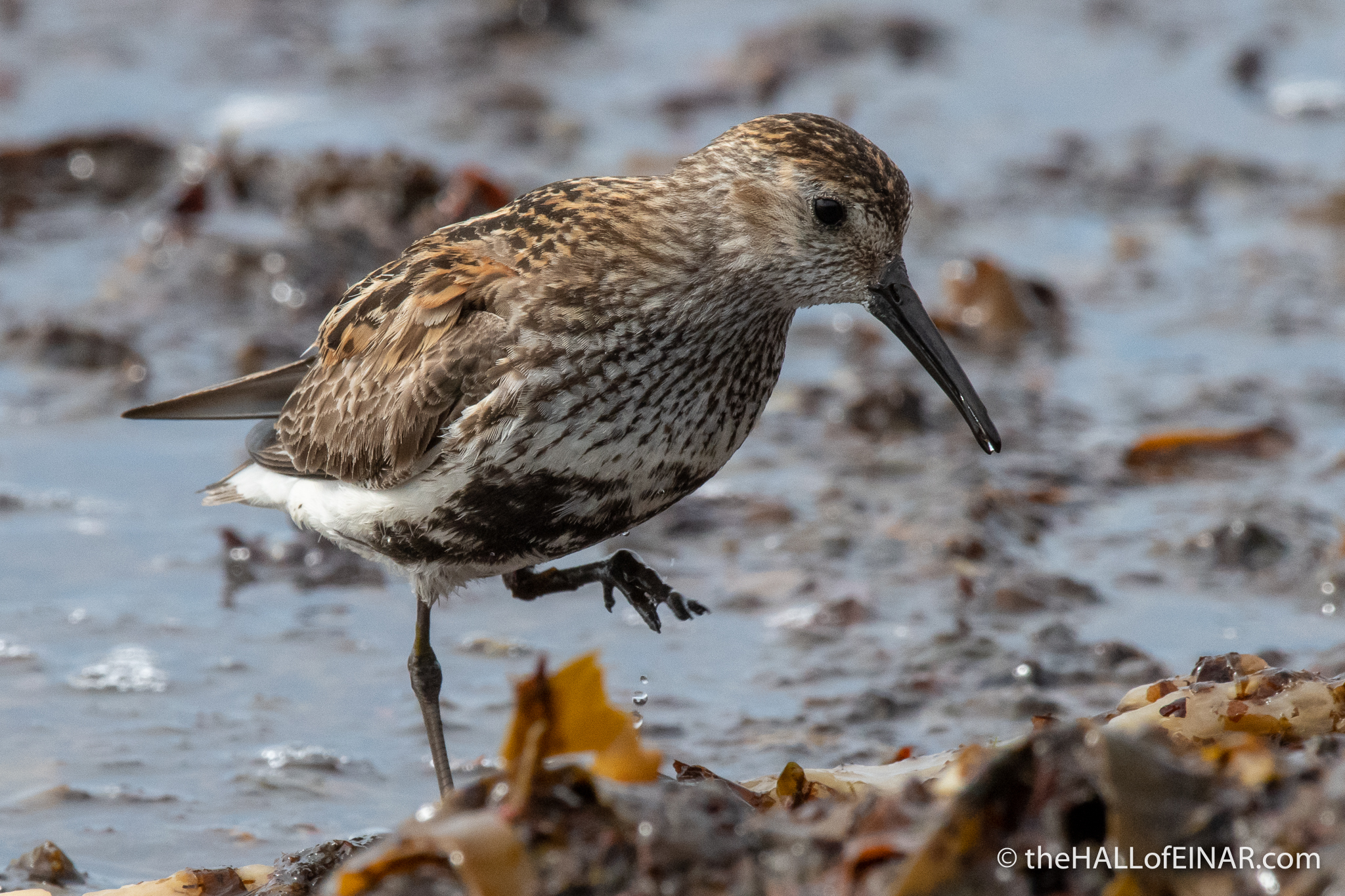 In amongst them is another bird. It’s smaller with a much smaller beak and a white underbelly. I get some photographs and decide to look it up later. 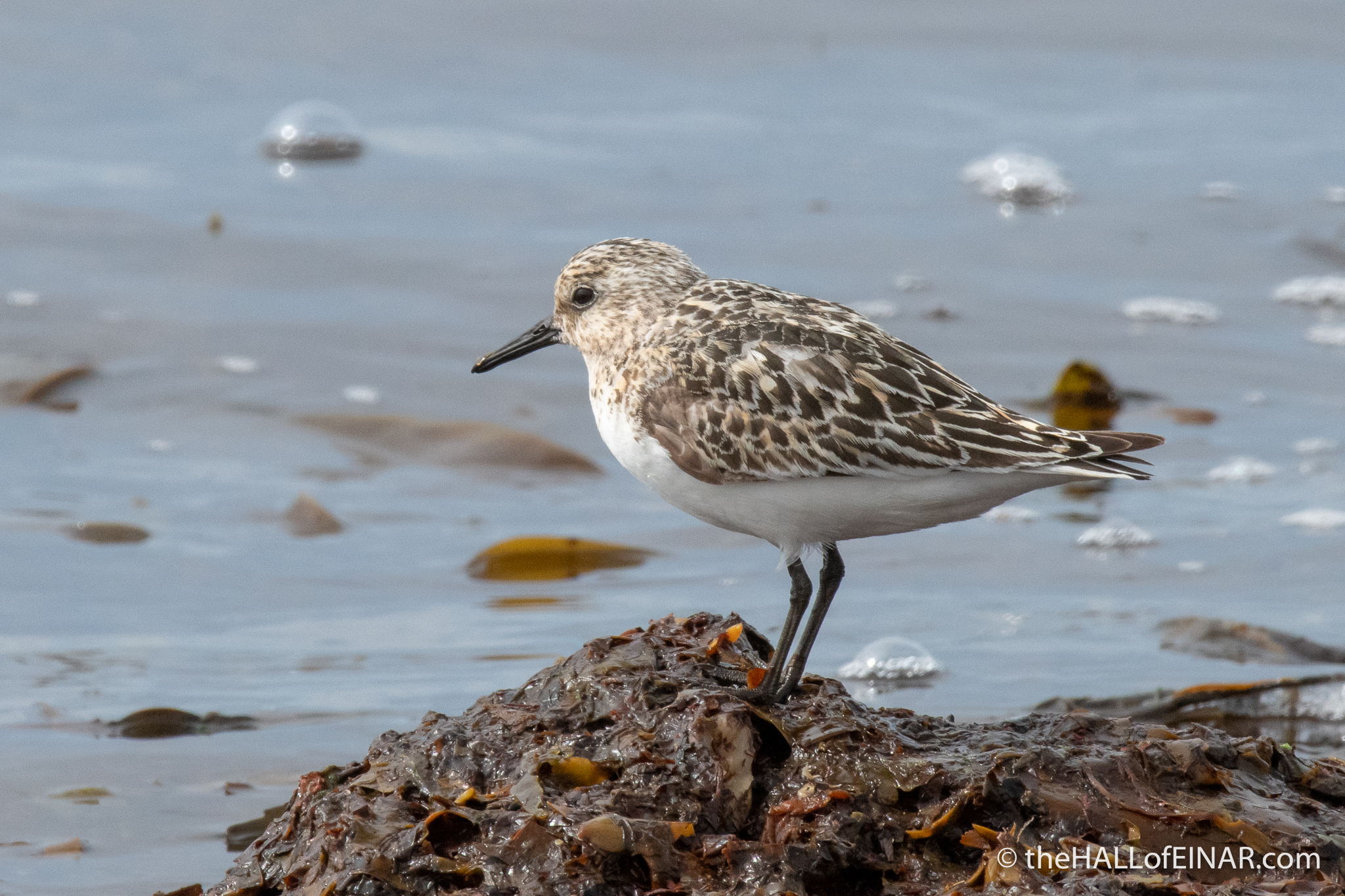 I get help to identify it and it’s a Sanderling mixing with the wrong crowd.

As they flutter off down the beach to explore another rich shipwreck of seaweed I can see their familiar wing and tail markings disappearing into the distance: 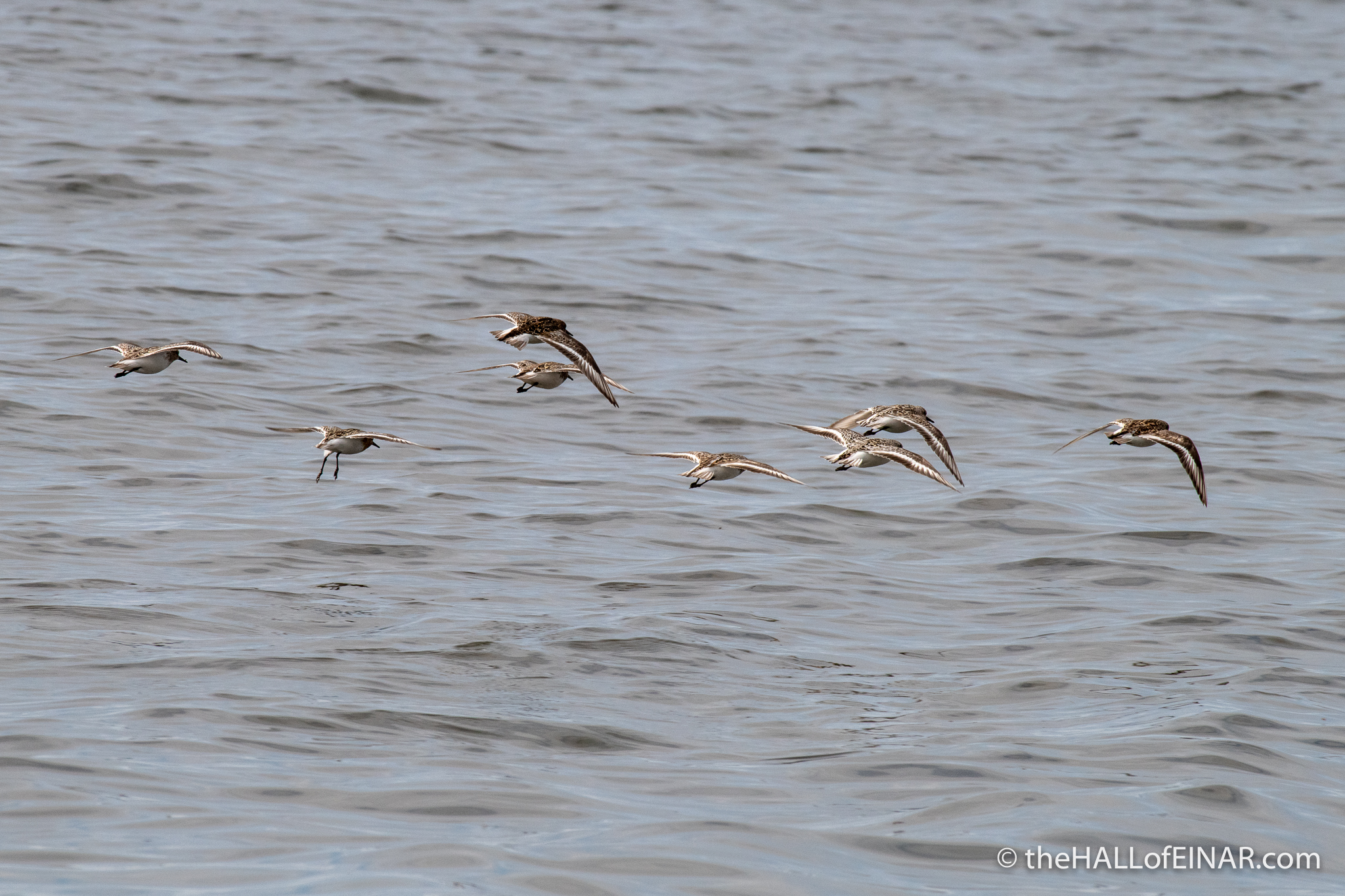 What a beautiful experience. 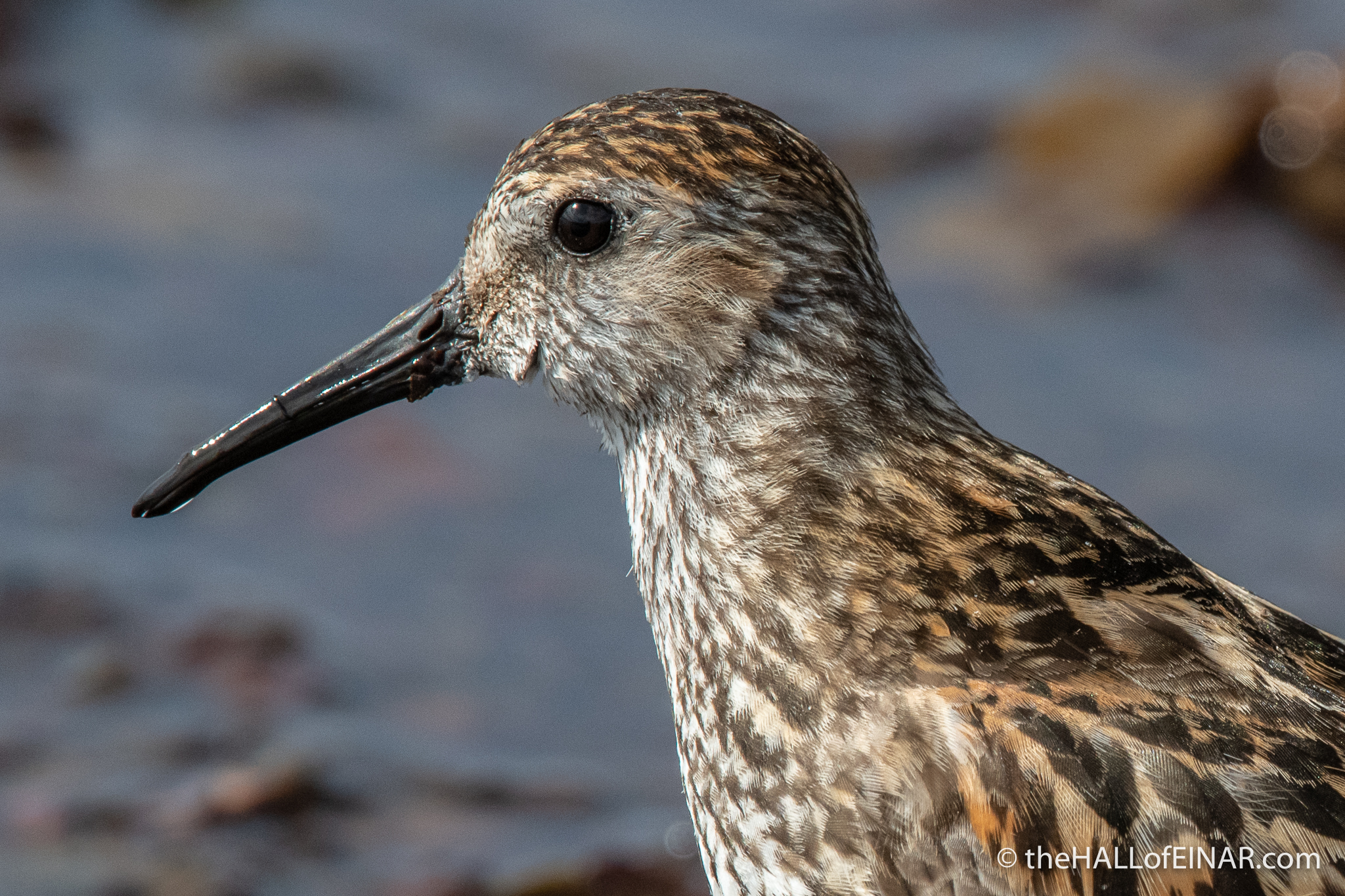