I’m out in the heat and the noise of a Virginia forest in the summer and I’m suffering. I’ve bought a litre of water but need far more, I’ve put insect repellant on but they’re biting me through my clothes and I’m wading through armpit-high nettles. Yes, it is my idea of a holiday. Thankfully the wildlife here is a delight. There’s a strong-flying moth flying past which lands nearby: 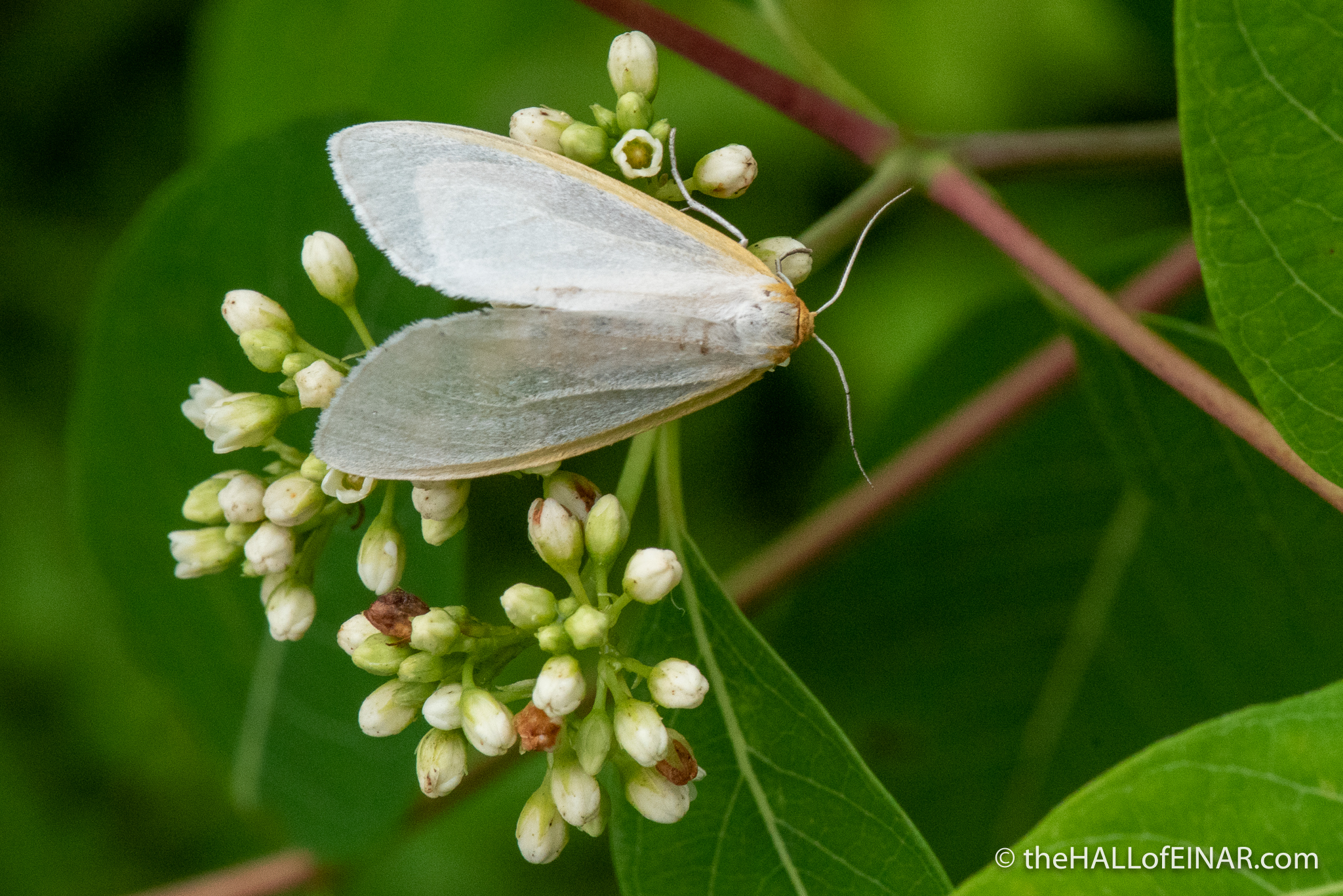 It’s a common moth, but a fabulous one. It’s the Dogbane Tiger Moth, Cycnia tenera:

It’s a moth I’ve never seen before but I’ve studied it in the past; it’s a species which is in biology textbooks as a classic example of poison-warning. It’s the amazing moth which screams in ultrasound when it hears bats approaching and either warns them off or jams their signals. It’s also poisonous, but that’s not much use if a bat’s already killed you. I suspect the white colour also warns birds off, but I can’t tell what it looks like to birds because, unlike them, I can’t see in ultra-violet. 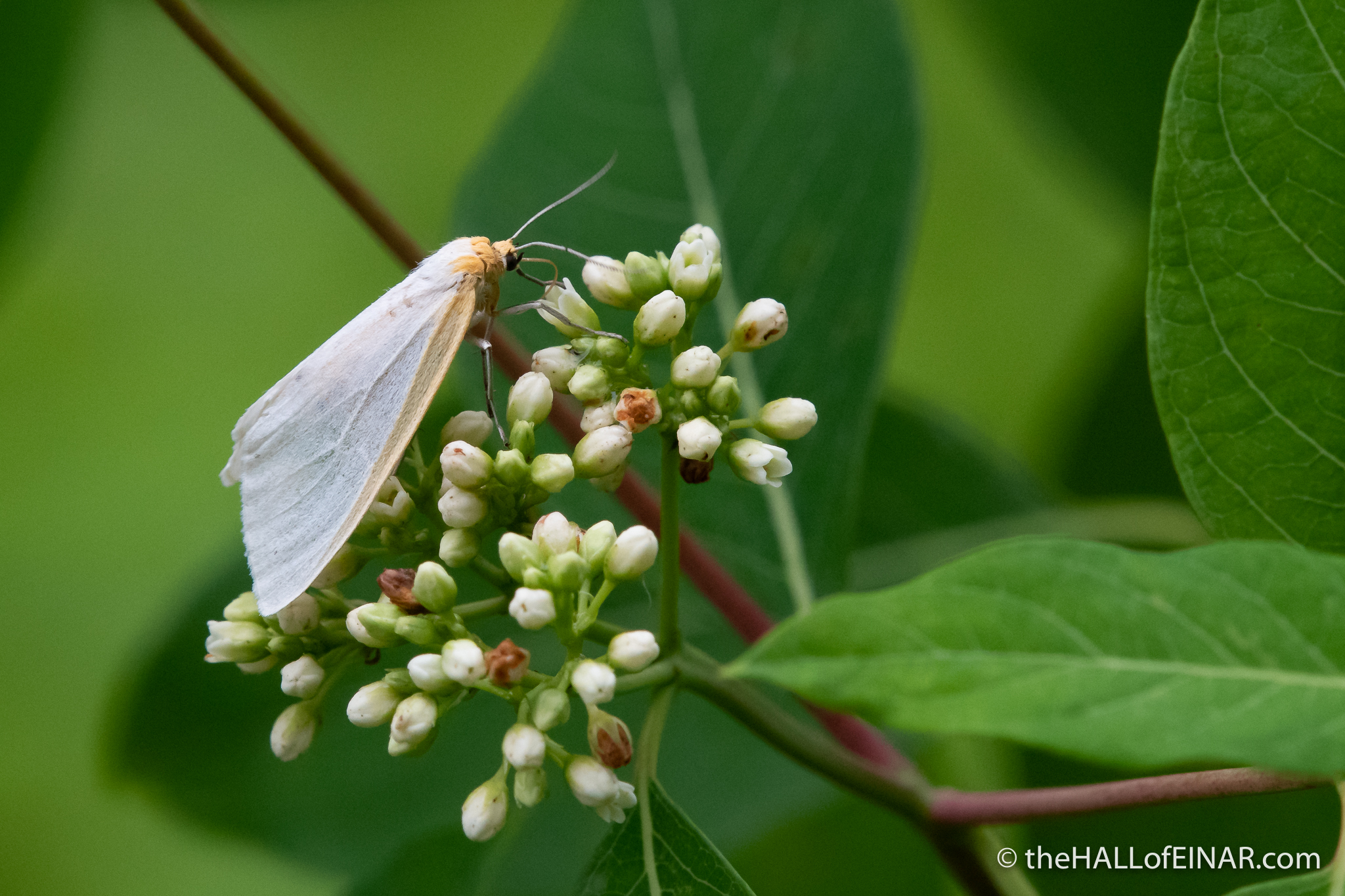 It’s been worth the dehydration and ferocious bites just to see it.