We are at Great Falls on the Potomac River in Virginia. It’s an impressive place. Up the River is a much smaller weir: 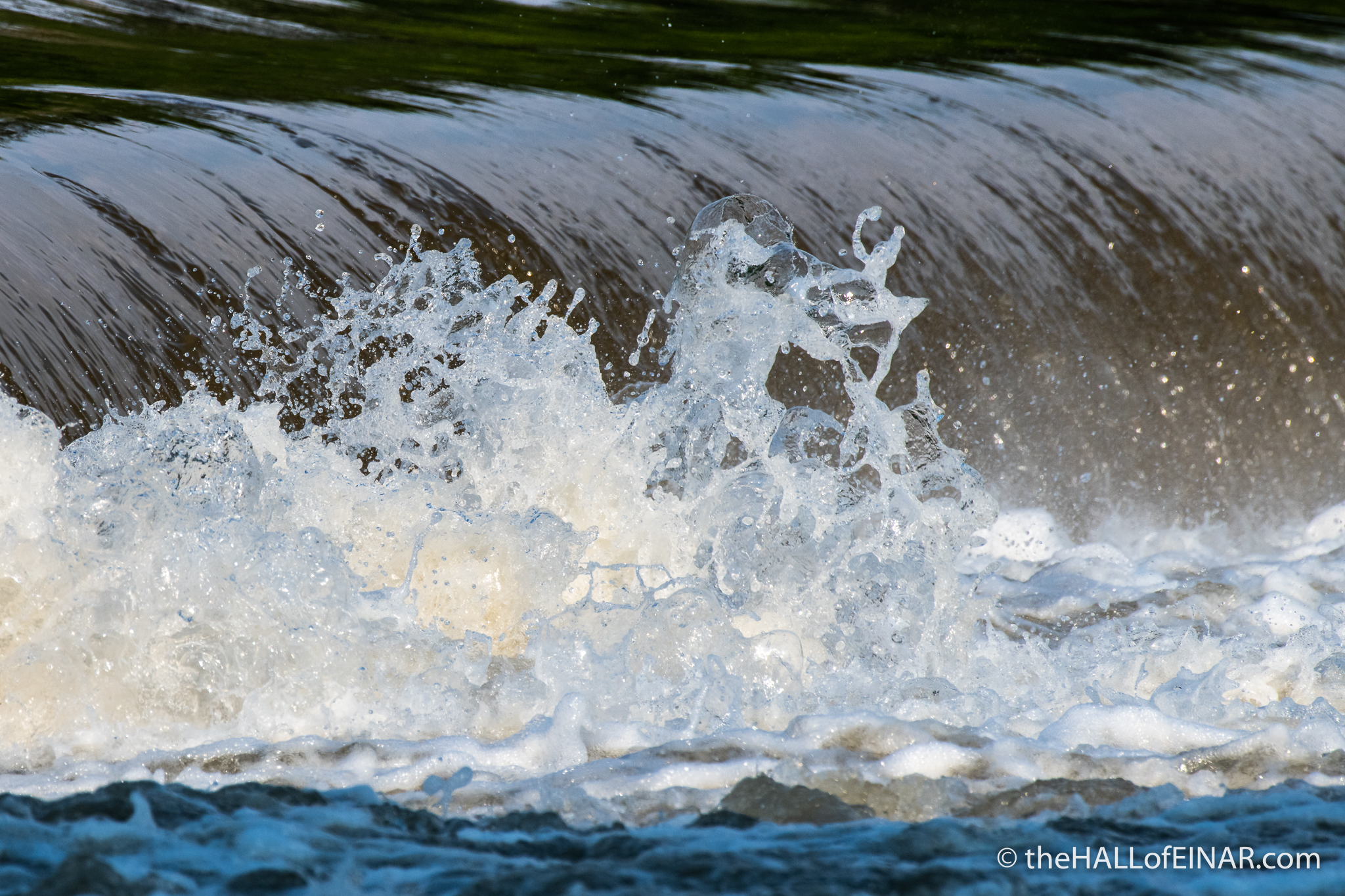 In the foaming water is a Cormorant. It’s the Double Crested Cormorant, Phalacrocorax auritus. 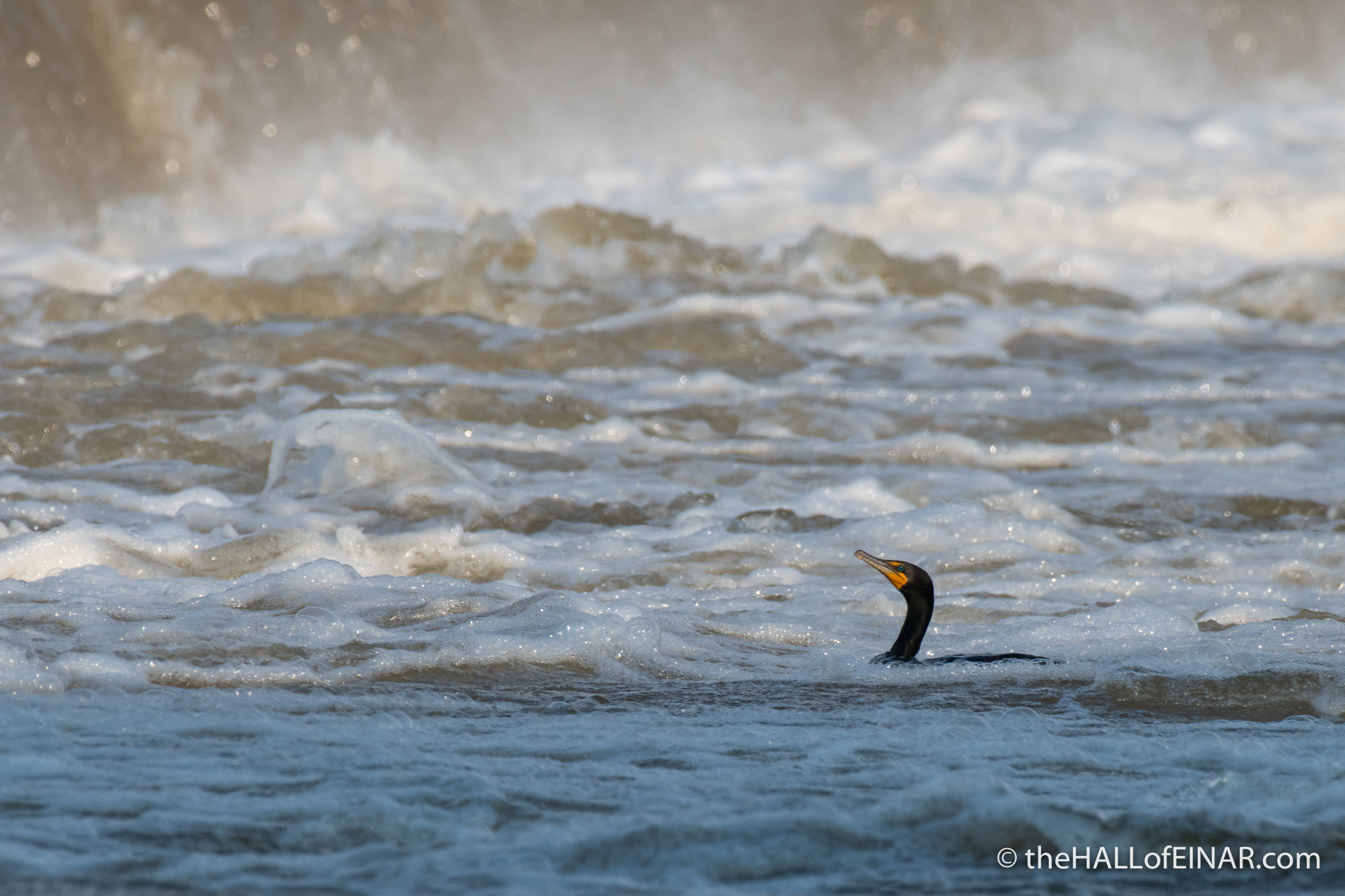 People have demonised Cormorants in many cultures throughout history. Milton portrayed The Devil as a Cormorant in Paradise Lost, people have hunted and eaten them and lately governments have persecuted them.

I always love hearing historic reports of the abundance of wildlife. The reports of Passenger Pigeons darkening the air for hours, herds of American Bison passing for day after day and shoals of fish making the sea boil are commonplace in history. This super-abundance was entirely normal. We live in wildlife poverty now.

In The Double-Crested Cormorant: Plight of a Feathered Pariah, by Linda R. Wires, the author quotes Audubon in 1820, “We saw today probably Millions of those… Cormorants, flying Southwest – they flew in Single Lines for several Hours extremely high.” There are numerous reports of their hyper-abundance. Coupled with these reports are detailed descriptions of them being ‘harvested’ for meat, eggs, fishing bait or oil. It’s still happening, this time not in an uncontrolled way but part of Government-sanctioned action: In 2013, the US Fish and Wildlife Service destroyed 3,200 cormorant eggs on Popular Island in Chesapeake Bay.

Here’s Audubon’s plate of the Double Crested Cormorant from 1835: 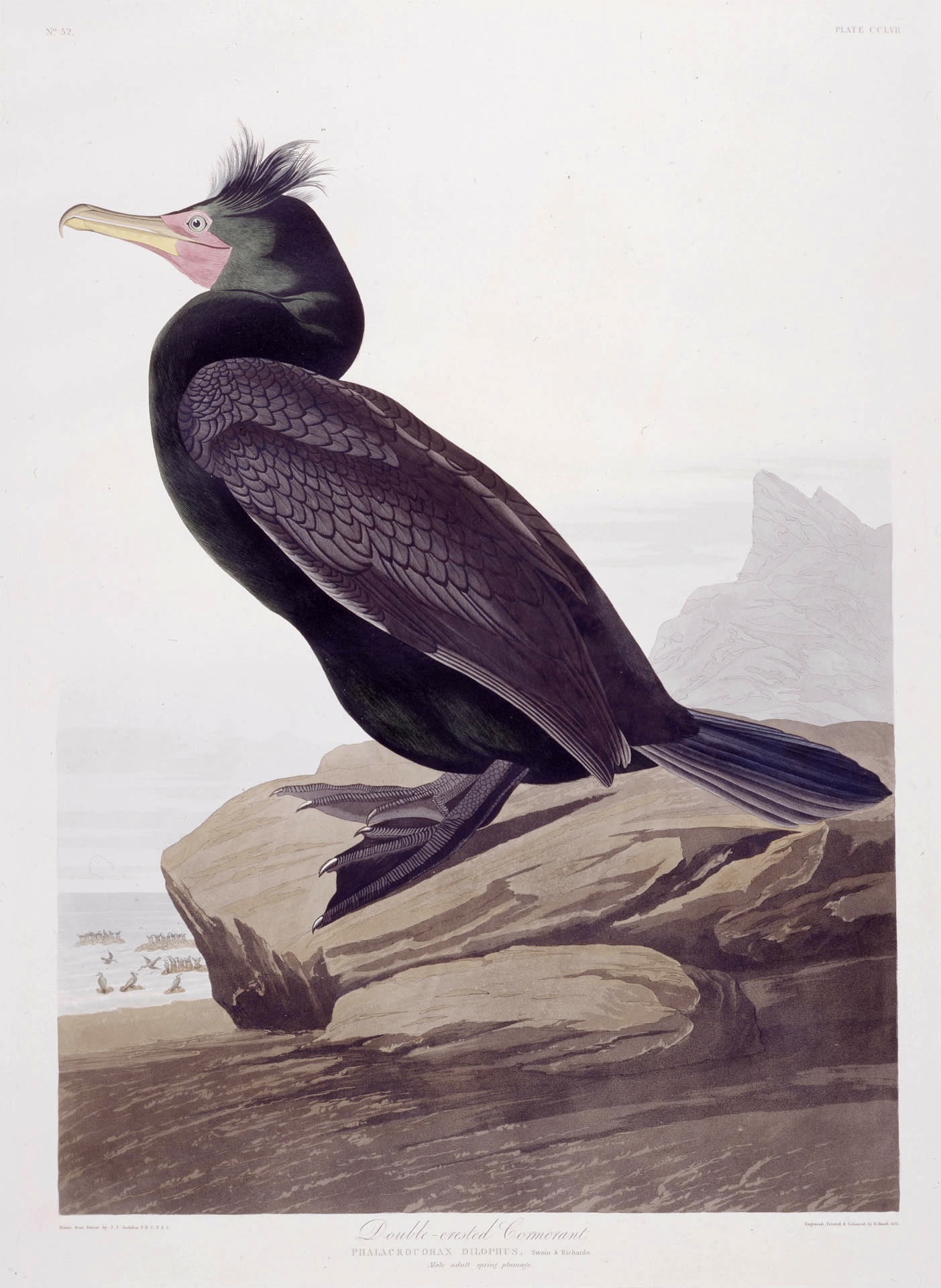 It’s a stunning bird on its own. Imagine seeing them in their millions.