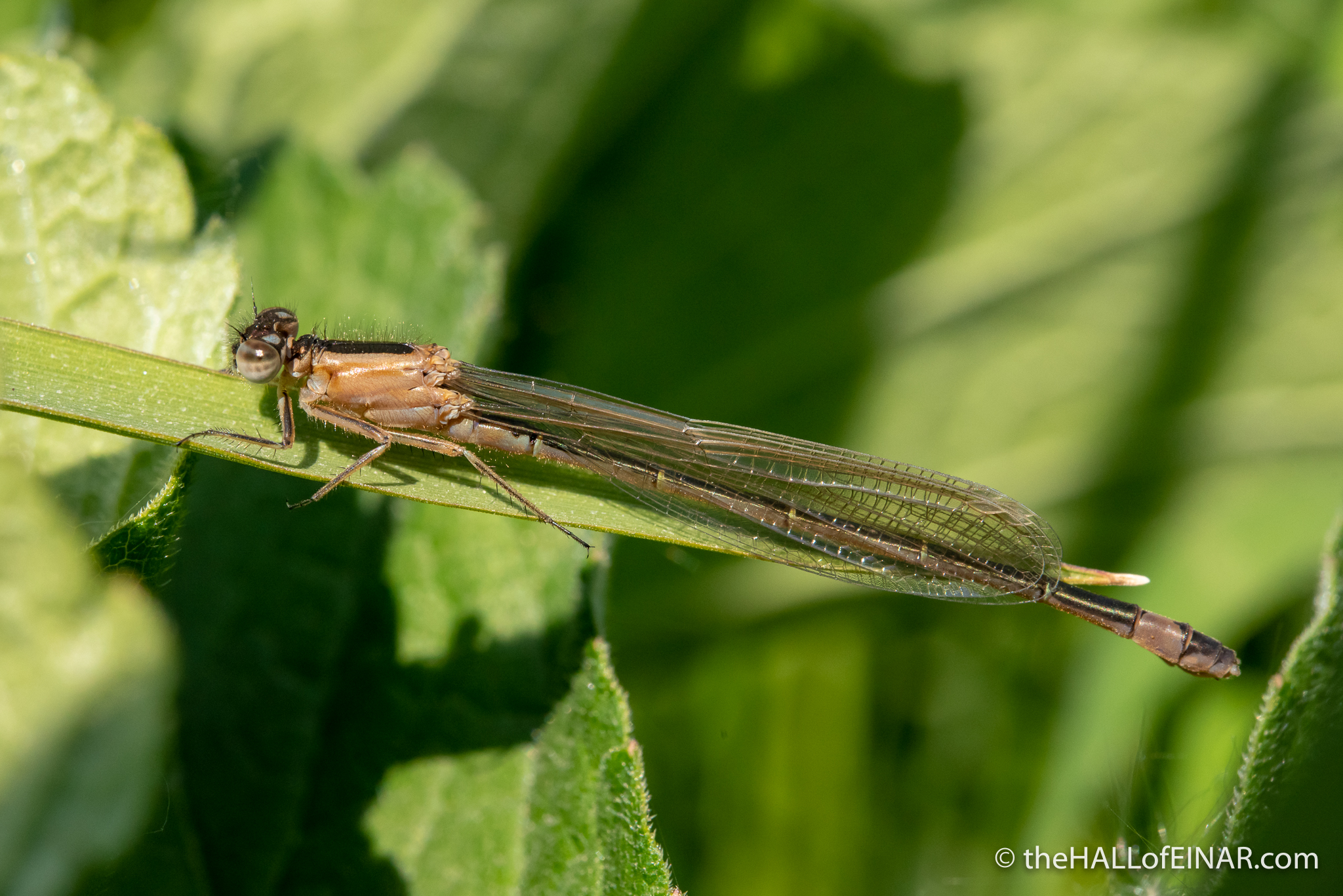 I know that there are several types of blue and black damselfly, some of which are pretty hard to distinguish. In the identification there’s always an instruction to look for a strange black shape on ‘Segment 2’. It would help if I knew whether they started counting the segments from the tail or where the abdomen meets the thorax.

I take a closer look: 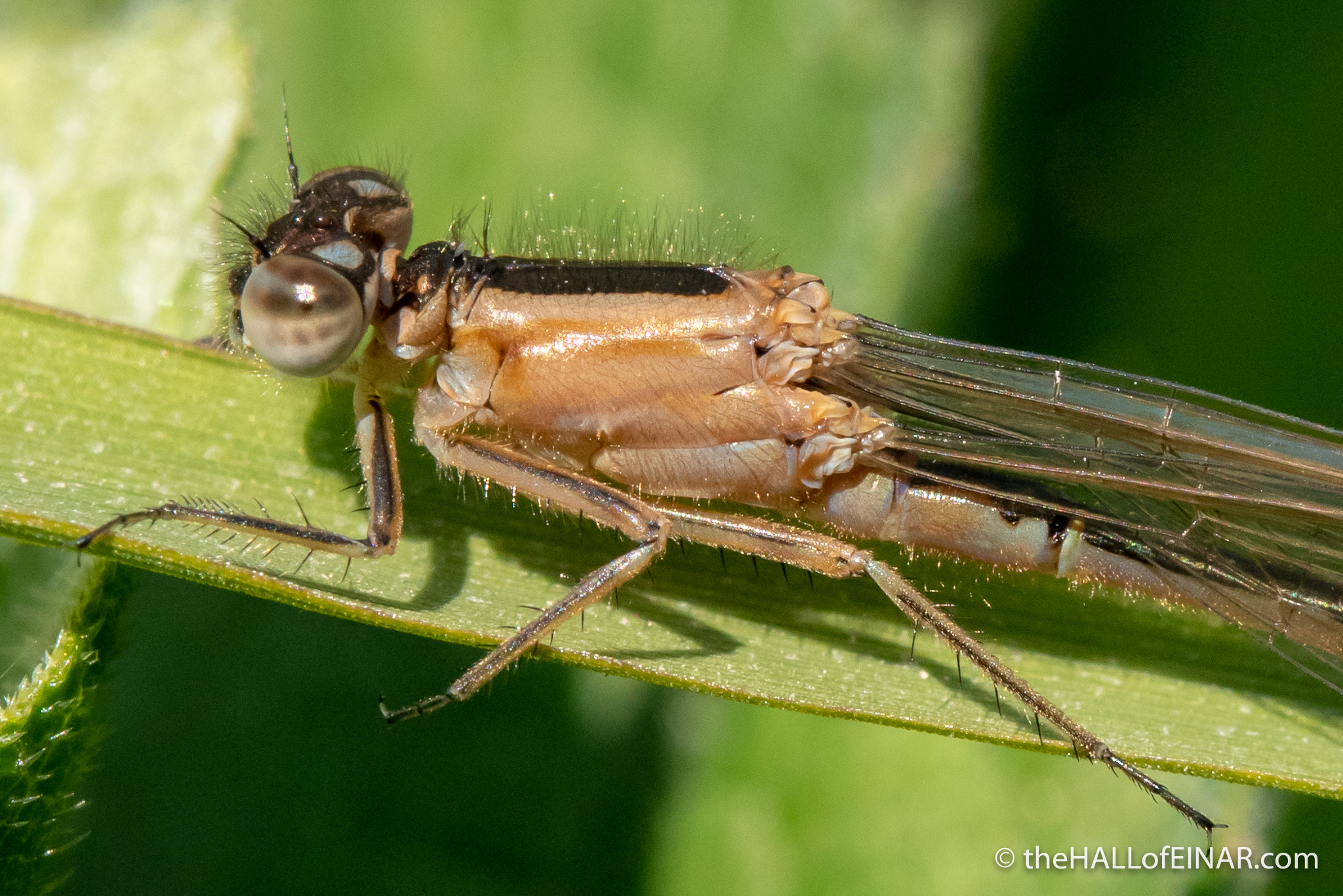 I have to crowdsource help and it is apparently a Blue-tailed Damselfly, Ischnura elegans. It’s a female, and it’s ‘teneral’. That means it’s just emerged and it’s not got its final adult colouration yet. It’ll be black with a blue tail soon.

What do the adults look like when they have got their full final colour? Here’s one, but it’s not the usual colour scheme, as it’s got a pink body. It’s a variety called Ischnura elegans f. rufescens. 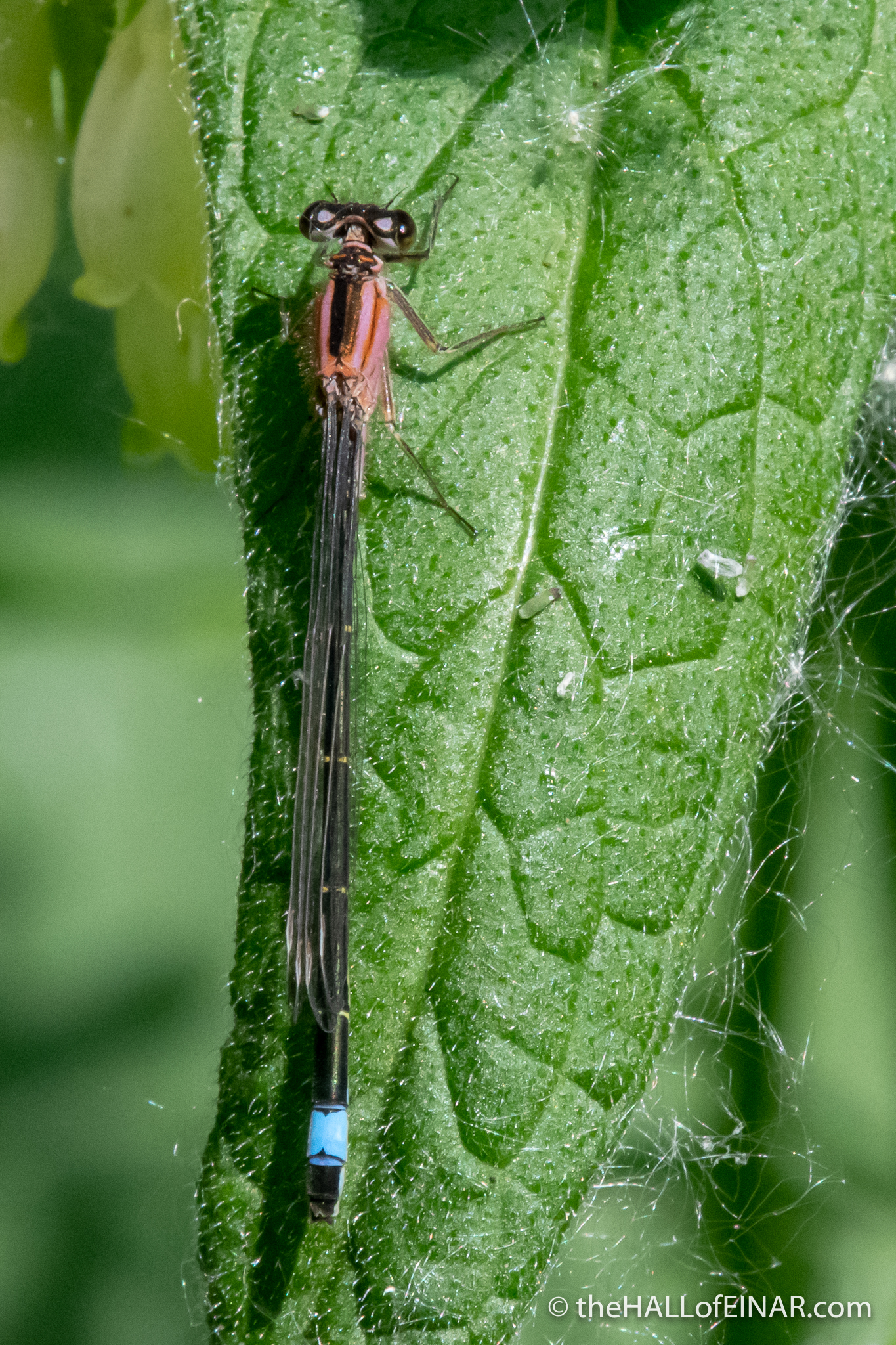 And very fetching it is too.

I’ll just have to keep looking to get a good photograph of a plain Blue-Tailed Damselfly. I saw one last year, but all that does is remind me just how much my photography has improved:

A Damselfly with a blue tail