Dyke Marsh Nature Preserve is an amazing place. I love the way Americans call their nature reserves nature preserves. A nature preserve sounds a little too much like Squirrel Jam to me.

Just off the moorings for the pleasure craft is a platform: 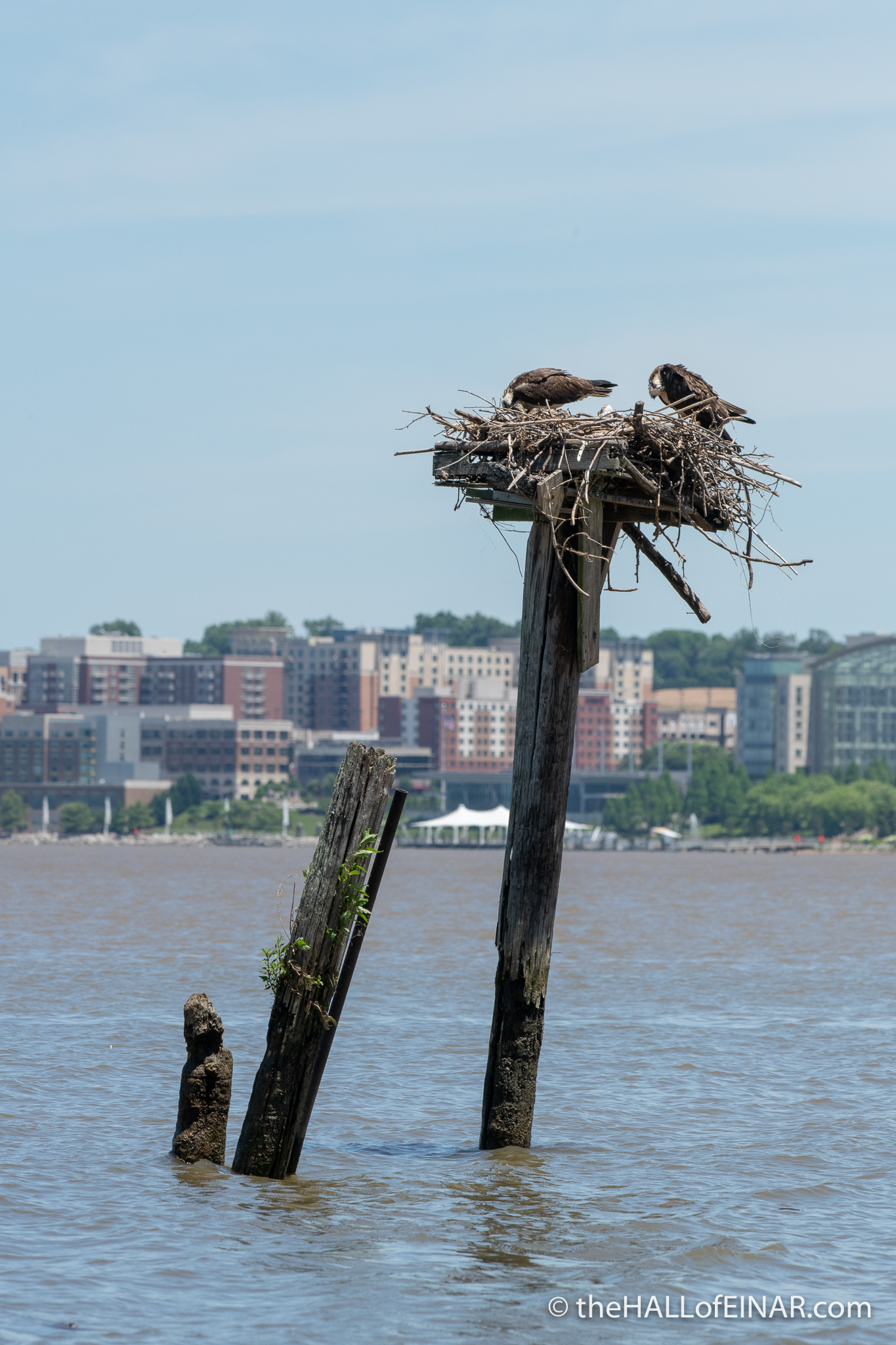 On it is an untidy collection of twigs and sticks. It’s an Osprey’s nest. 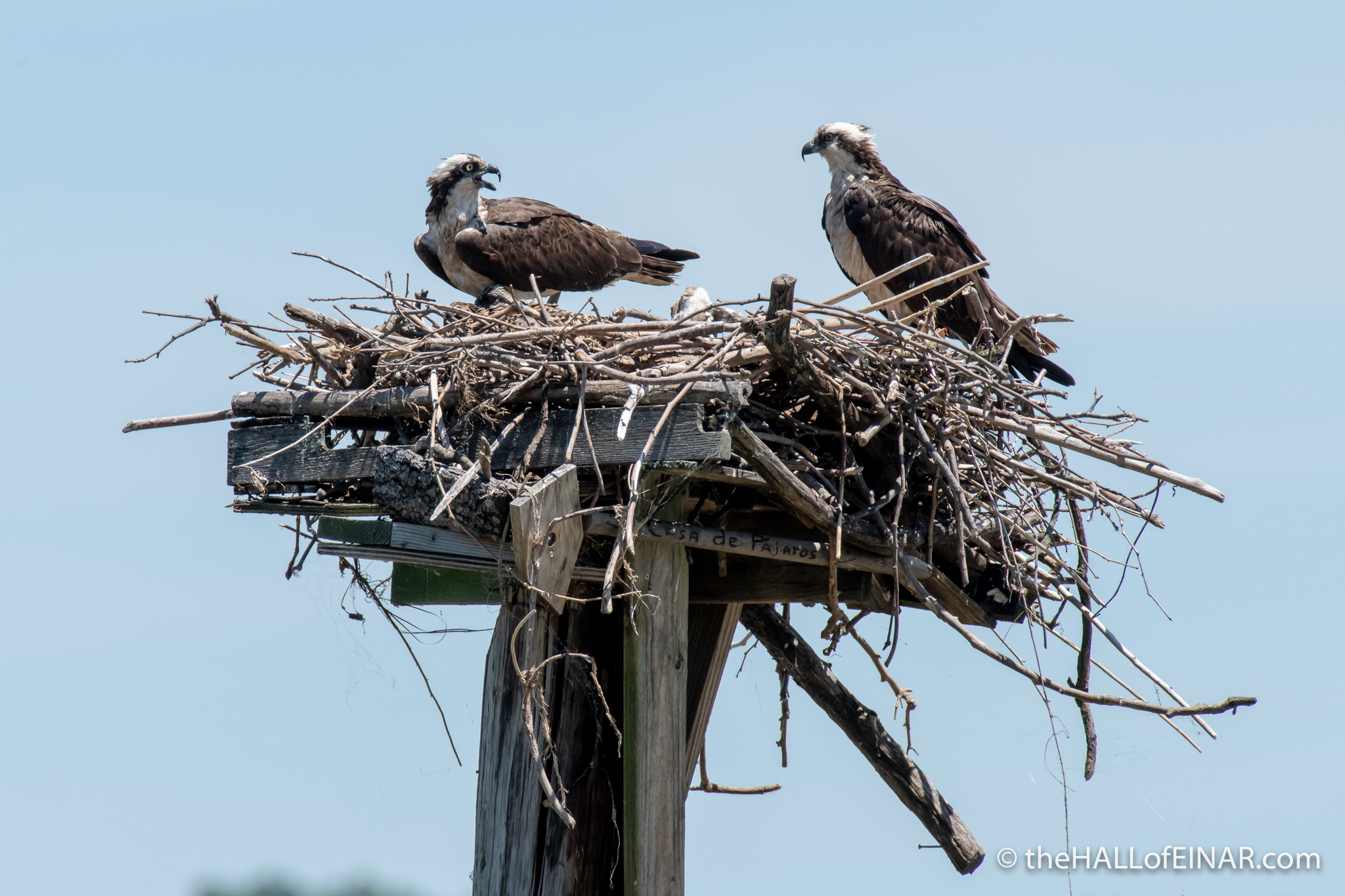 They are very attentive parents, with the male fishing for provisions and the female guarding the chicks, making alarm calls every time vultures appear and sheltering them any time the sun gets too strong. Here’s the male setting off on a fishing trip: 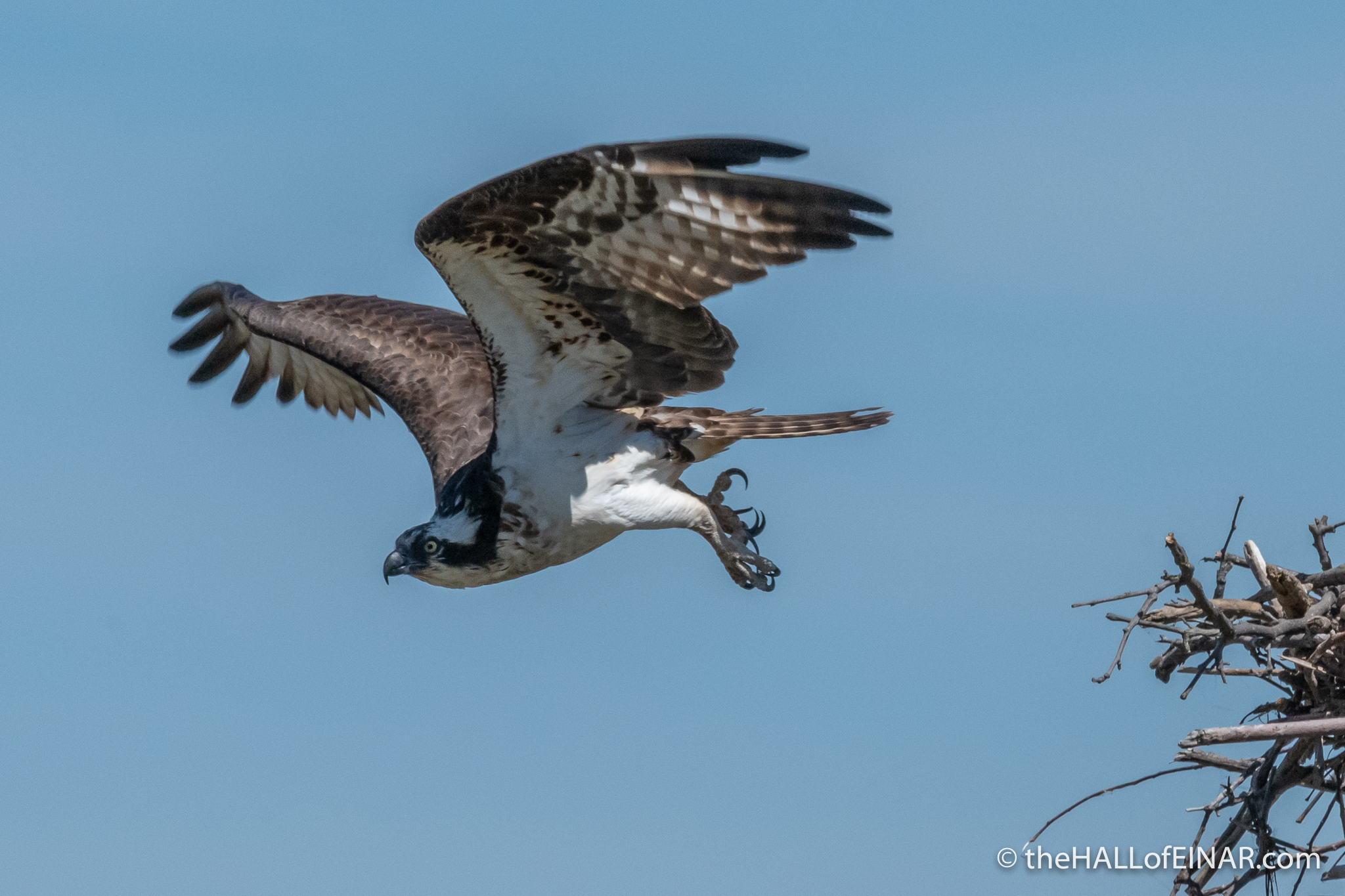 Those claws and that beak are absolutely stunning.

He’s gone for quite a while. It’s a test of my attention standing out here. The temperature is high, the sun is harsh and there’s nothing to keep my attention except the Potomac River, the sky and an occasional glimpse of a distant Osprey. It’s one of the reasons nature is so good for your mental health; you can live in the moment, aware of every little breeze, every ripple of a fish and every speck of an Osprey in the distance.

Then he’s back in a rush carrying a fabulous Catfish: 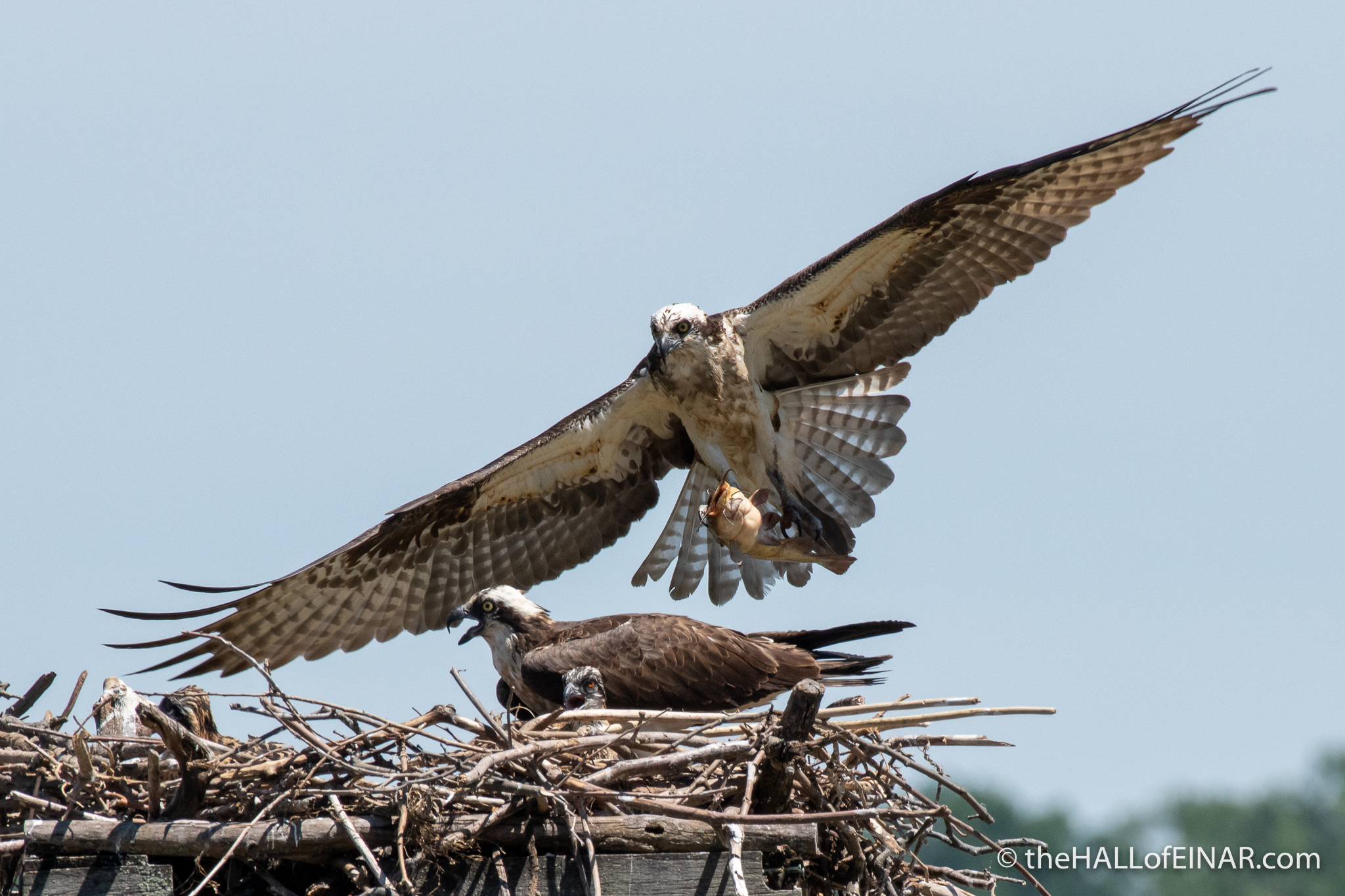 He’s got it grasped by the talons of just one foot to make it easier to land: 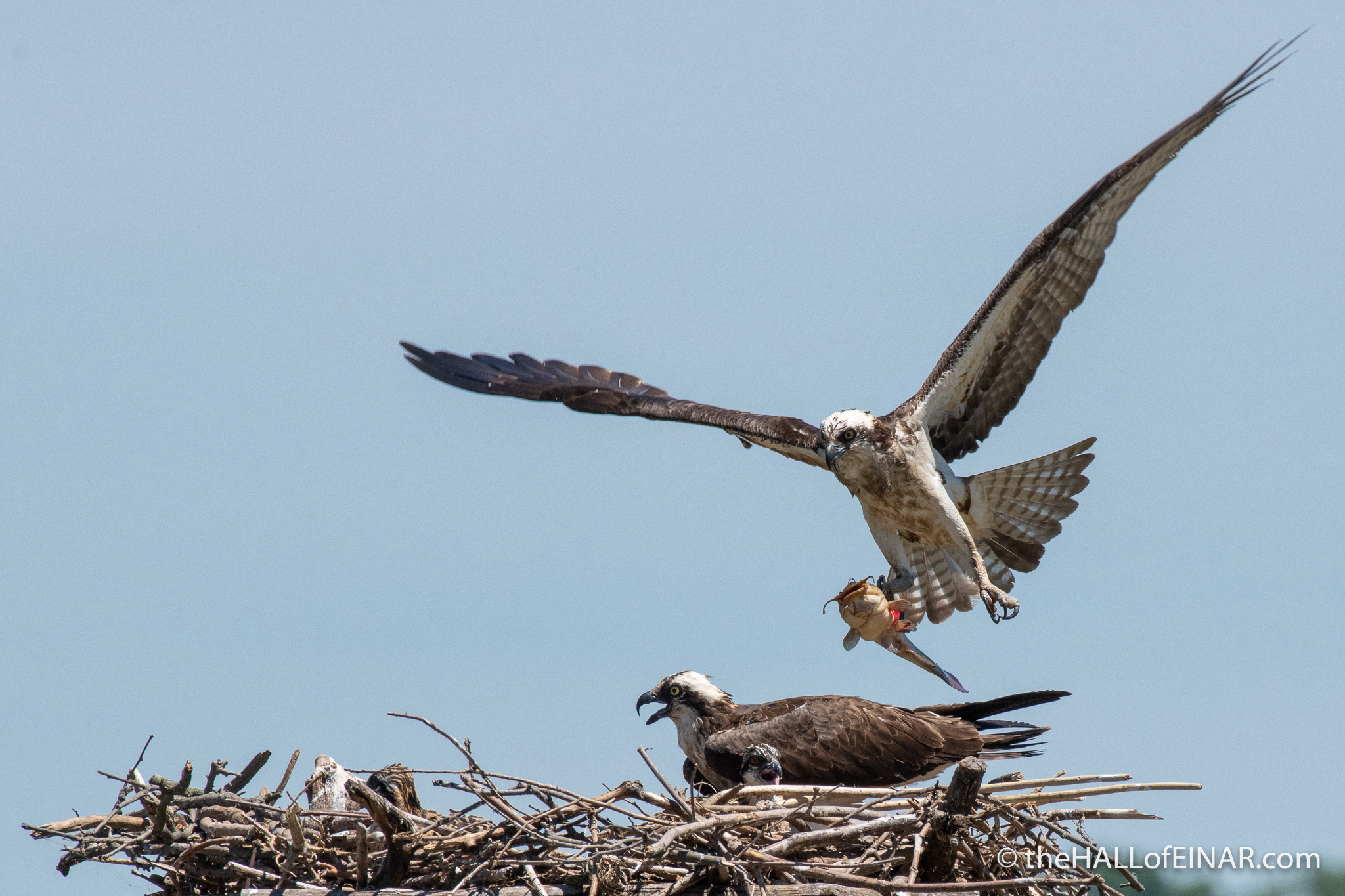 The female calls to him: 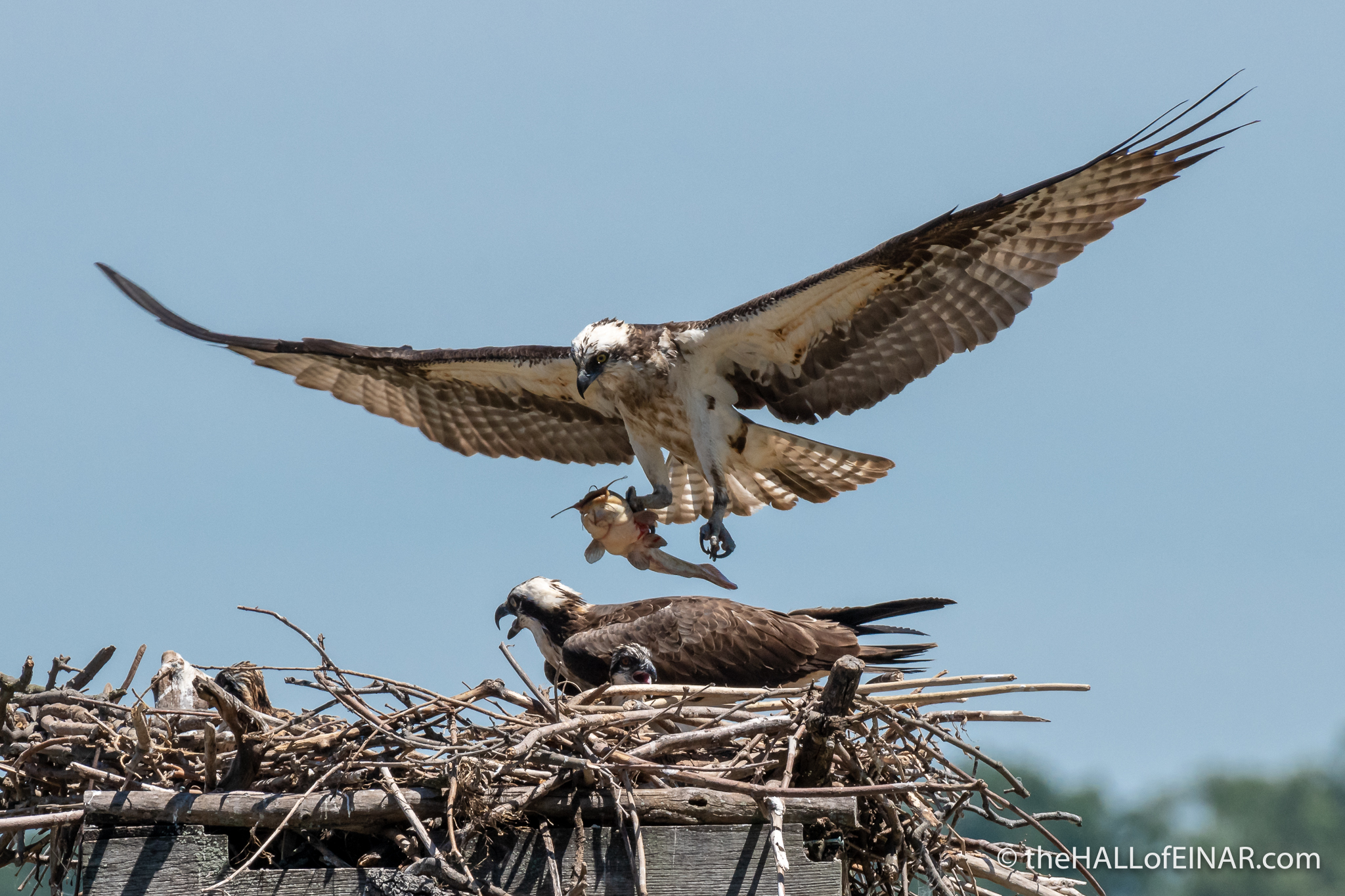 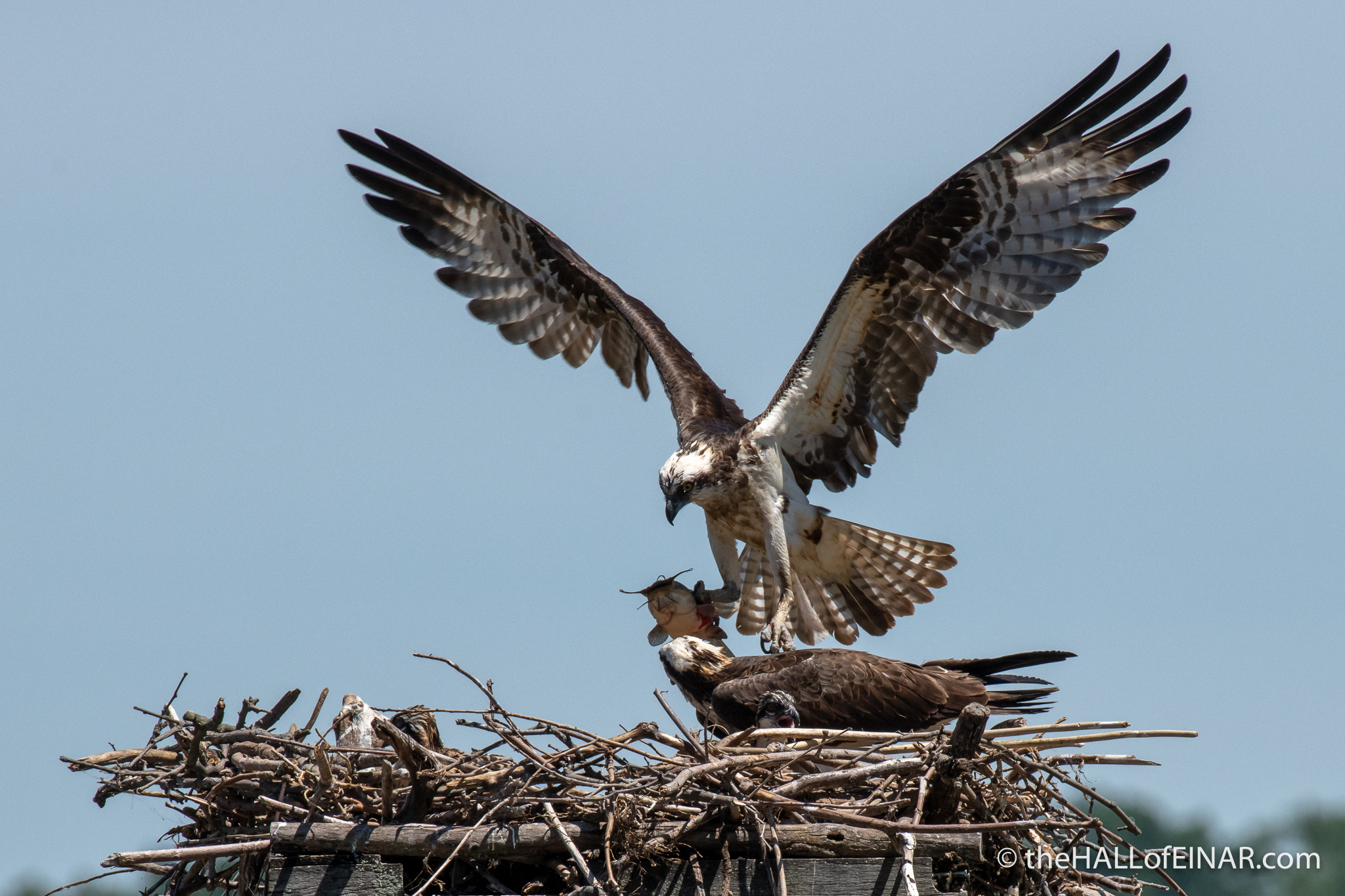 He spreads his wings wide to brake his flight and pitch his landing: 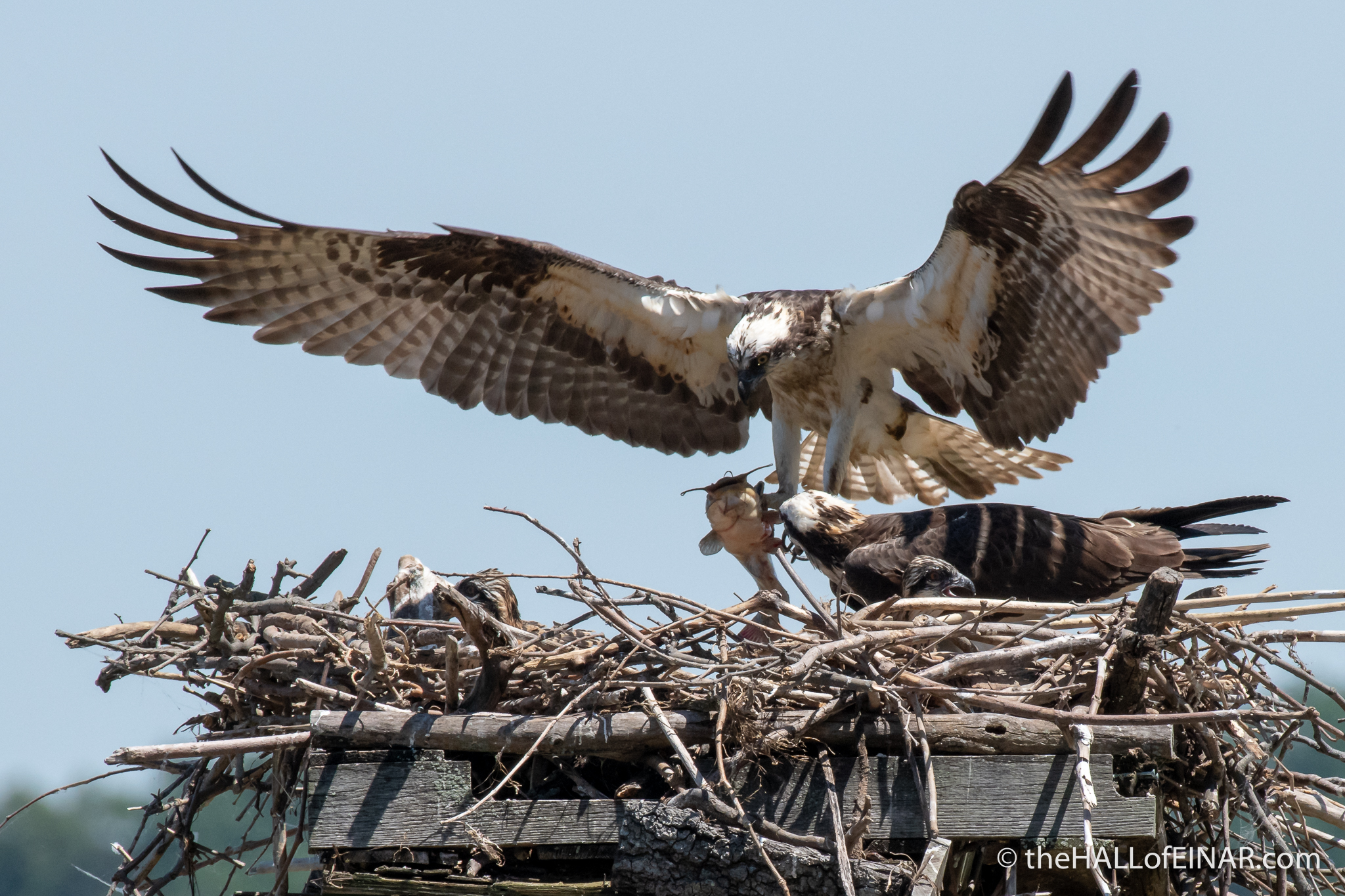 He’s safe, home, and with food for the family. It’s so heartwarming to watch them, unless you’re a Catfish.