I was delighted to see a parasitic plant in the forest here in Virginia. It was an Indian Pipe, a completely white plant lacking any green chlorophyl.

Just down the slope I spot another curious plant. It looks like a couple of white sweetcorn are pushing out of the earth. 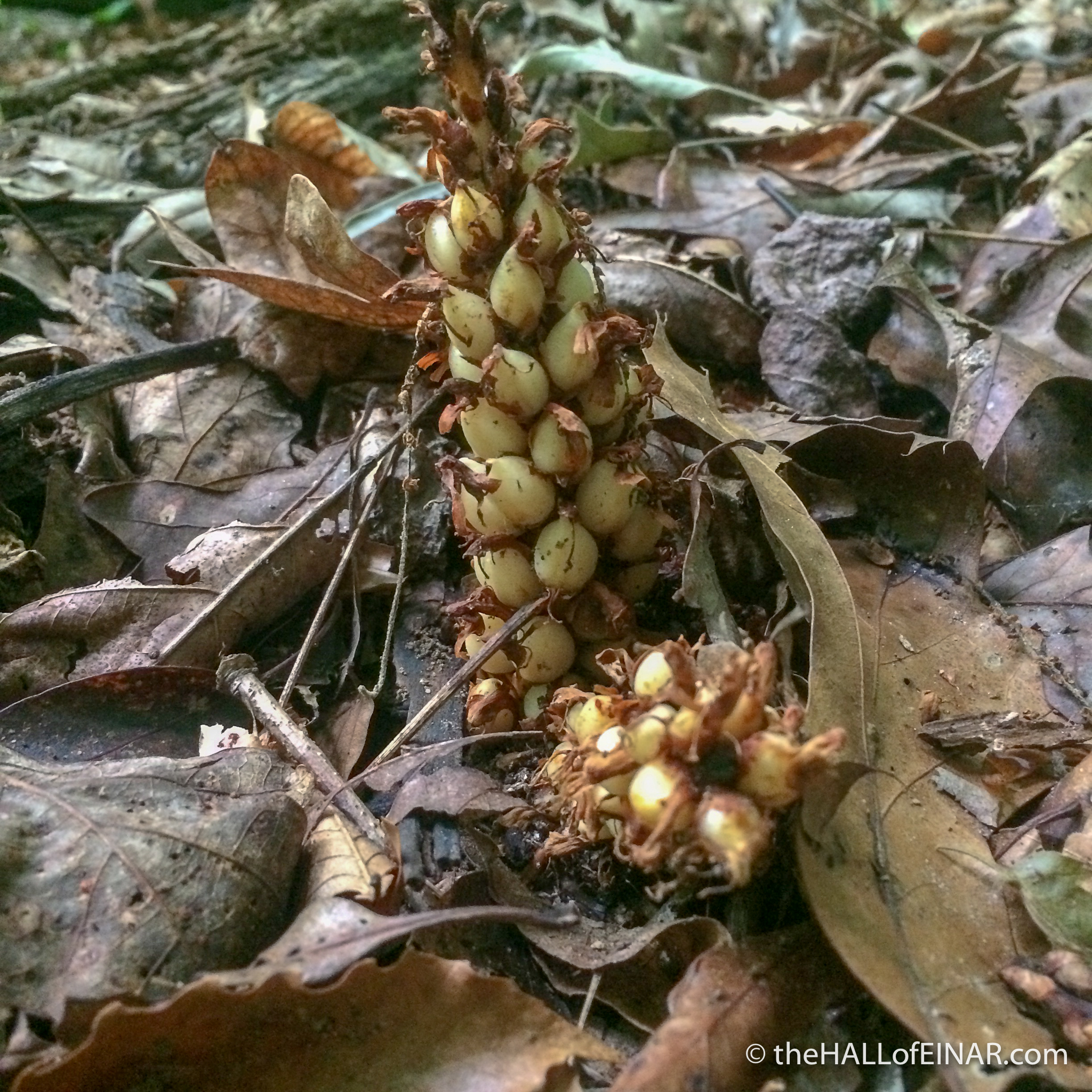