Habitat. It’s the key to the survival of our planet. One species isn’t enough: everything depends upon everything else in a complex web of interconnections. 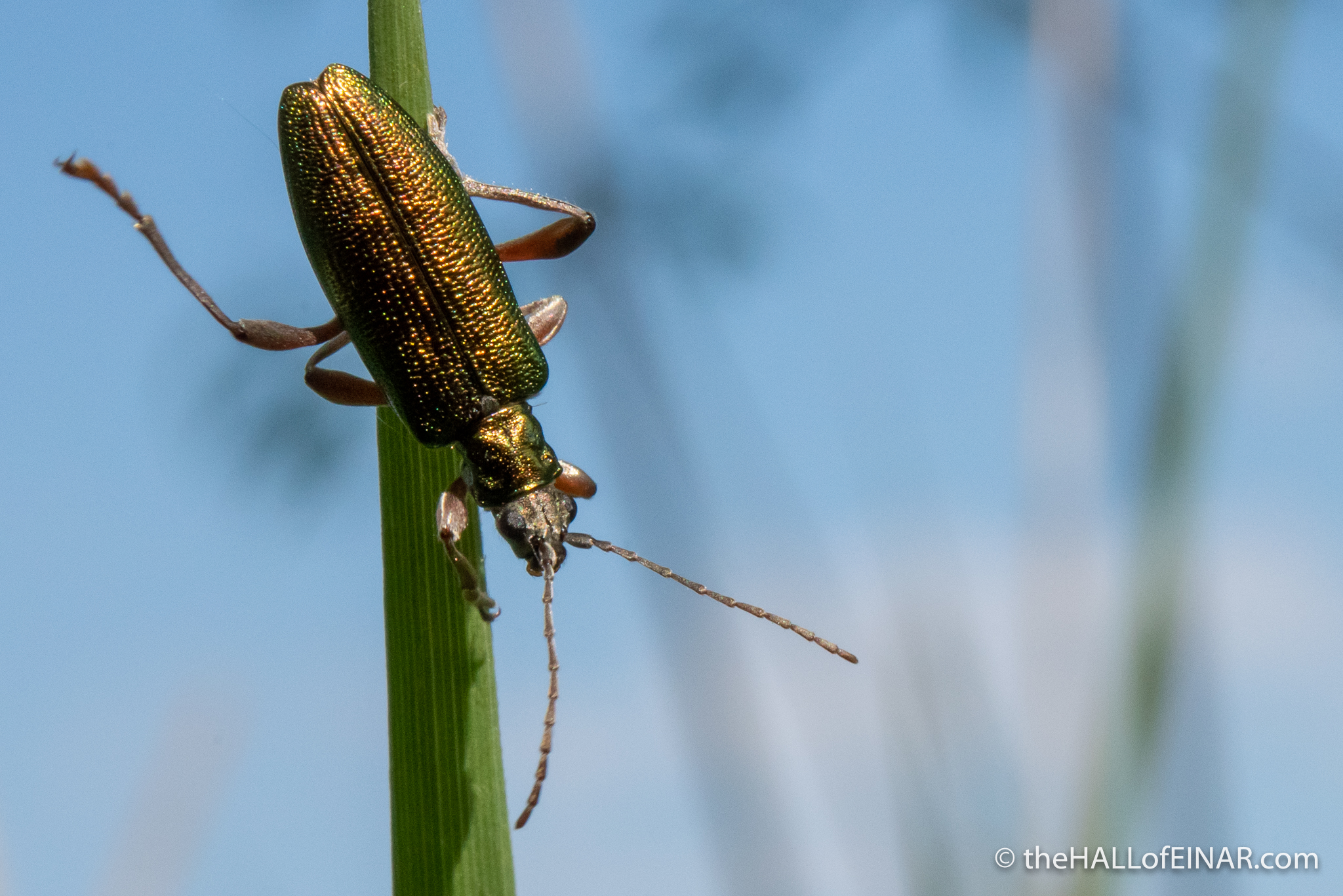 They are the most incredible jewel-like beetles. In fact they are so much more jewel-like than jewels I think that jewels should be referred to as beetle-like in future.

There’s a pair mating. They are probably a species of Donacia. 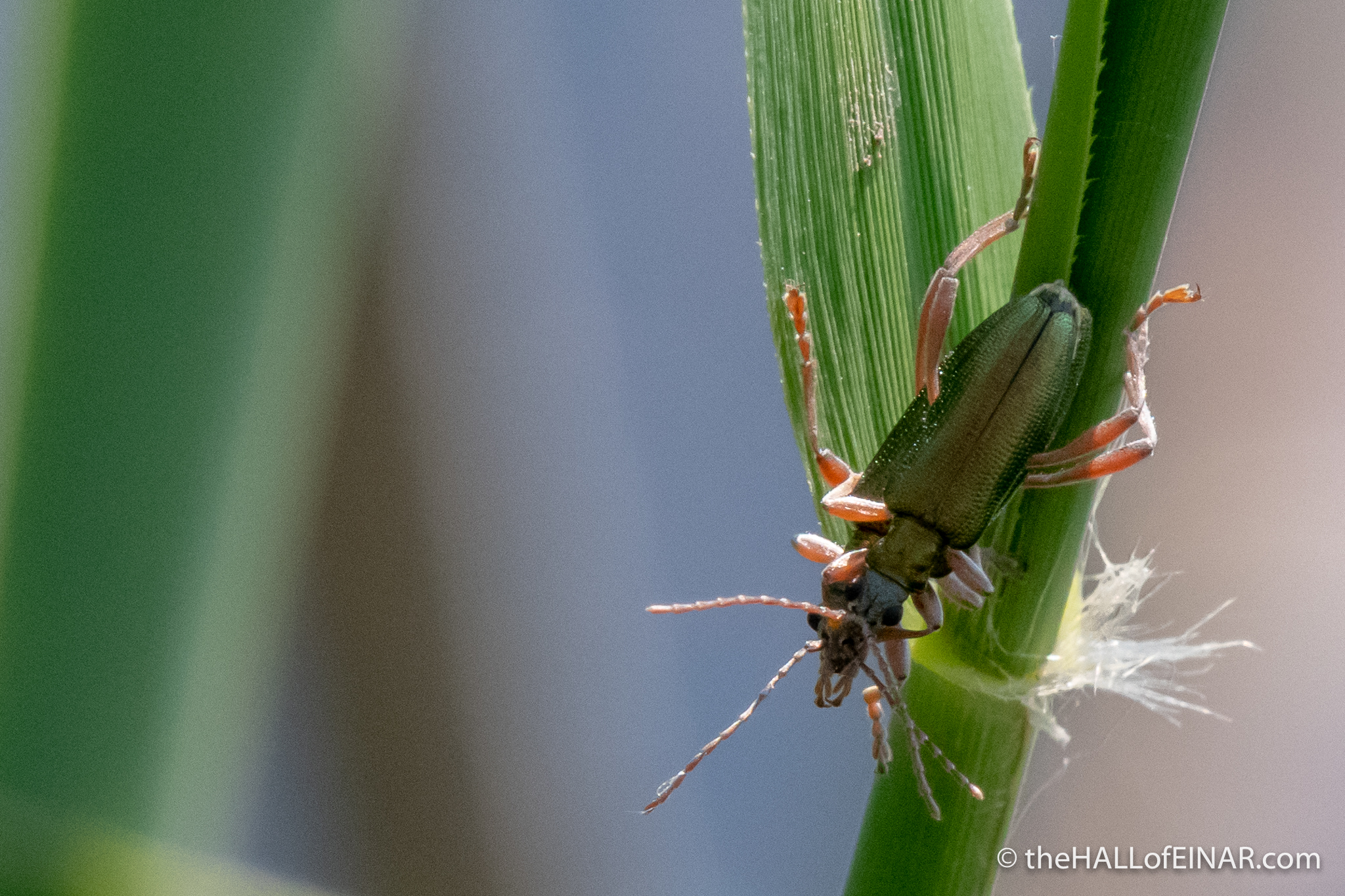 This one has just landed and is folding its wings back under its stippled bronze wing covers: 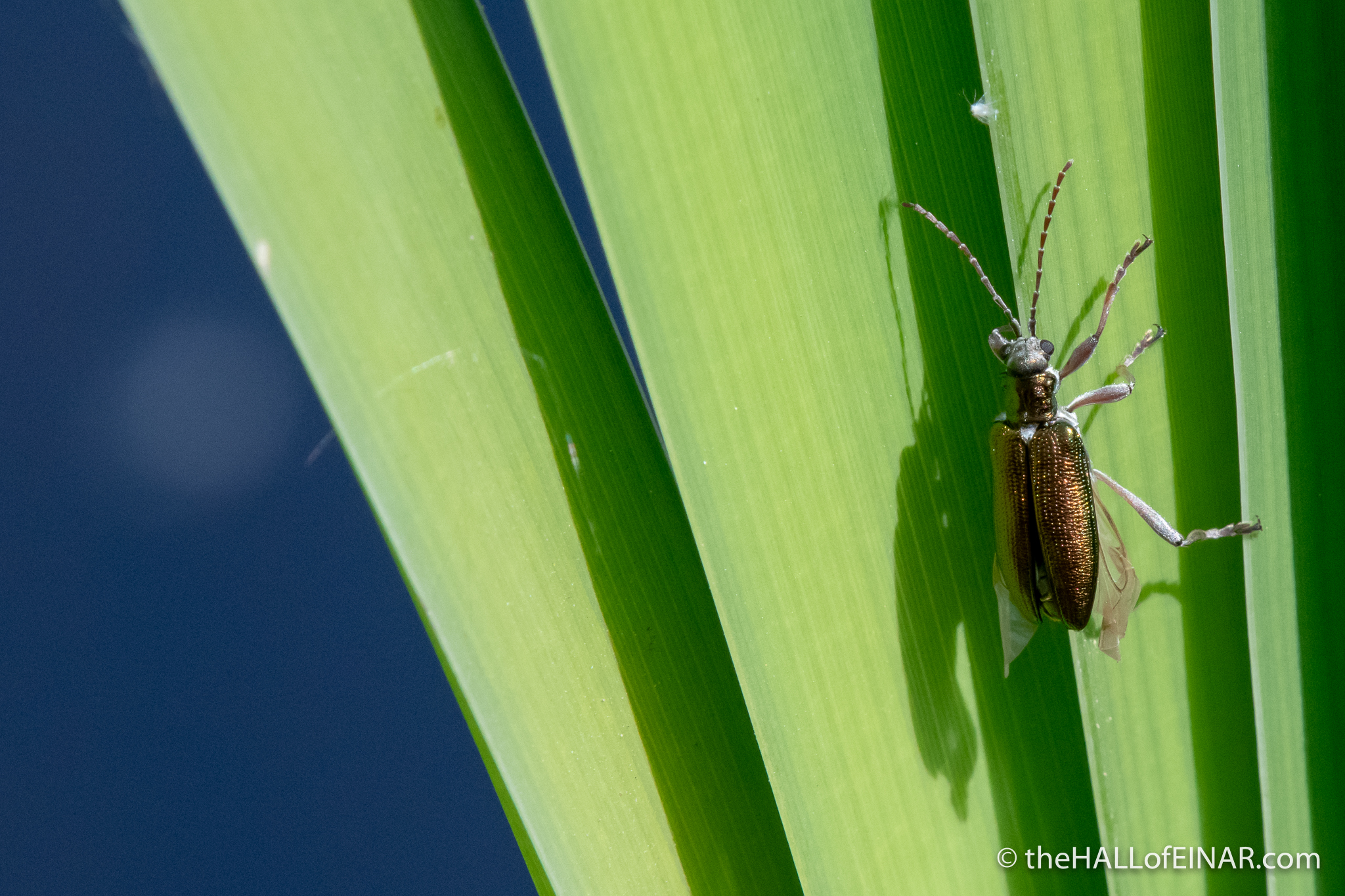 And this one is showing its profile. 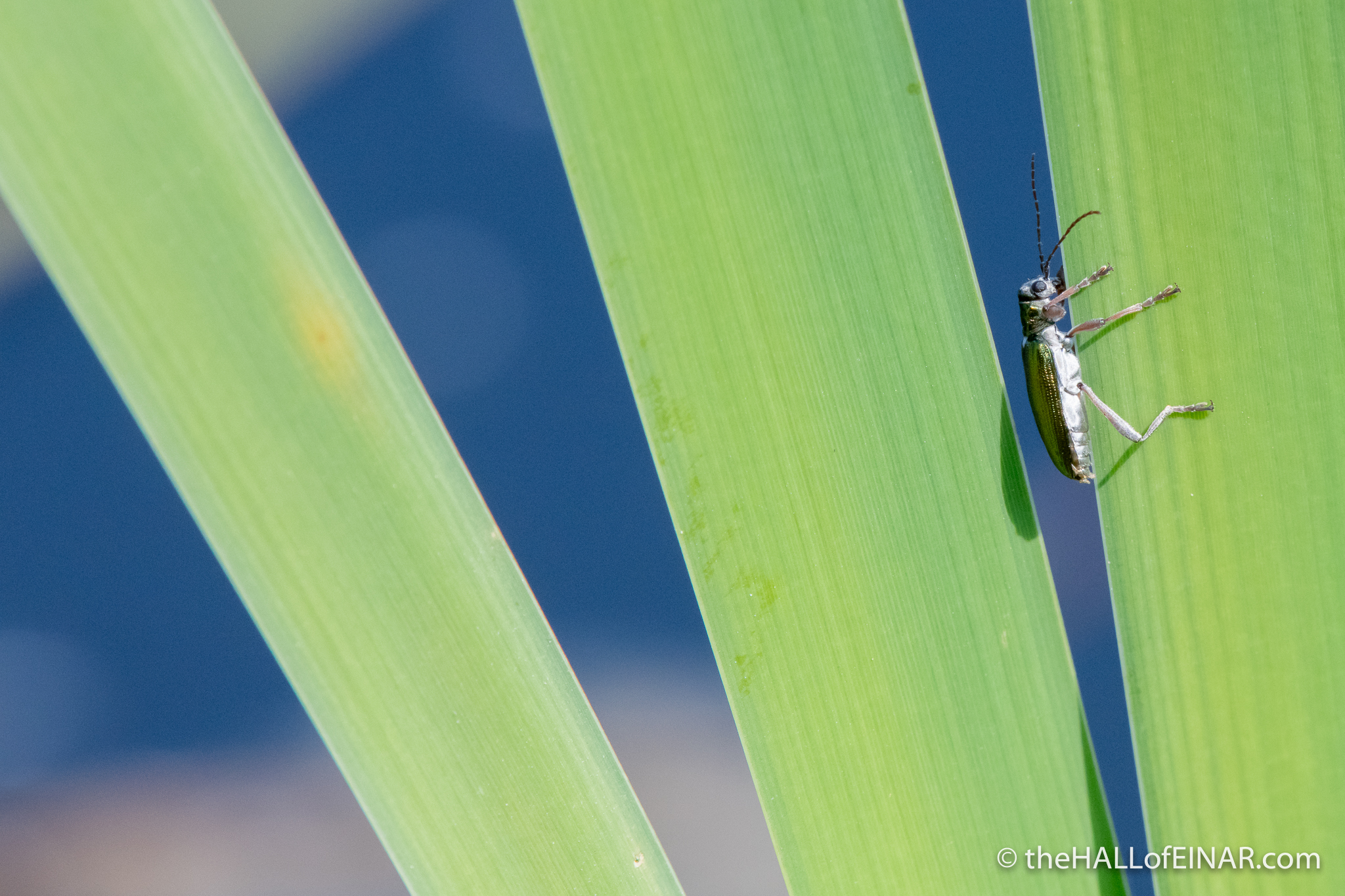