There’s a profusion of beautiful wild pink Valerian growing here in the south of Italy. It reminds me of being back in Devon, where the three different colours, red, pink and white, have naturalised, after being introduced. It now grows freely on the stone walls in towns and villages all over the West Country. On this one is a butterfly. It looks like a Painted Lady, Vanessa cardui, to me. 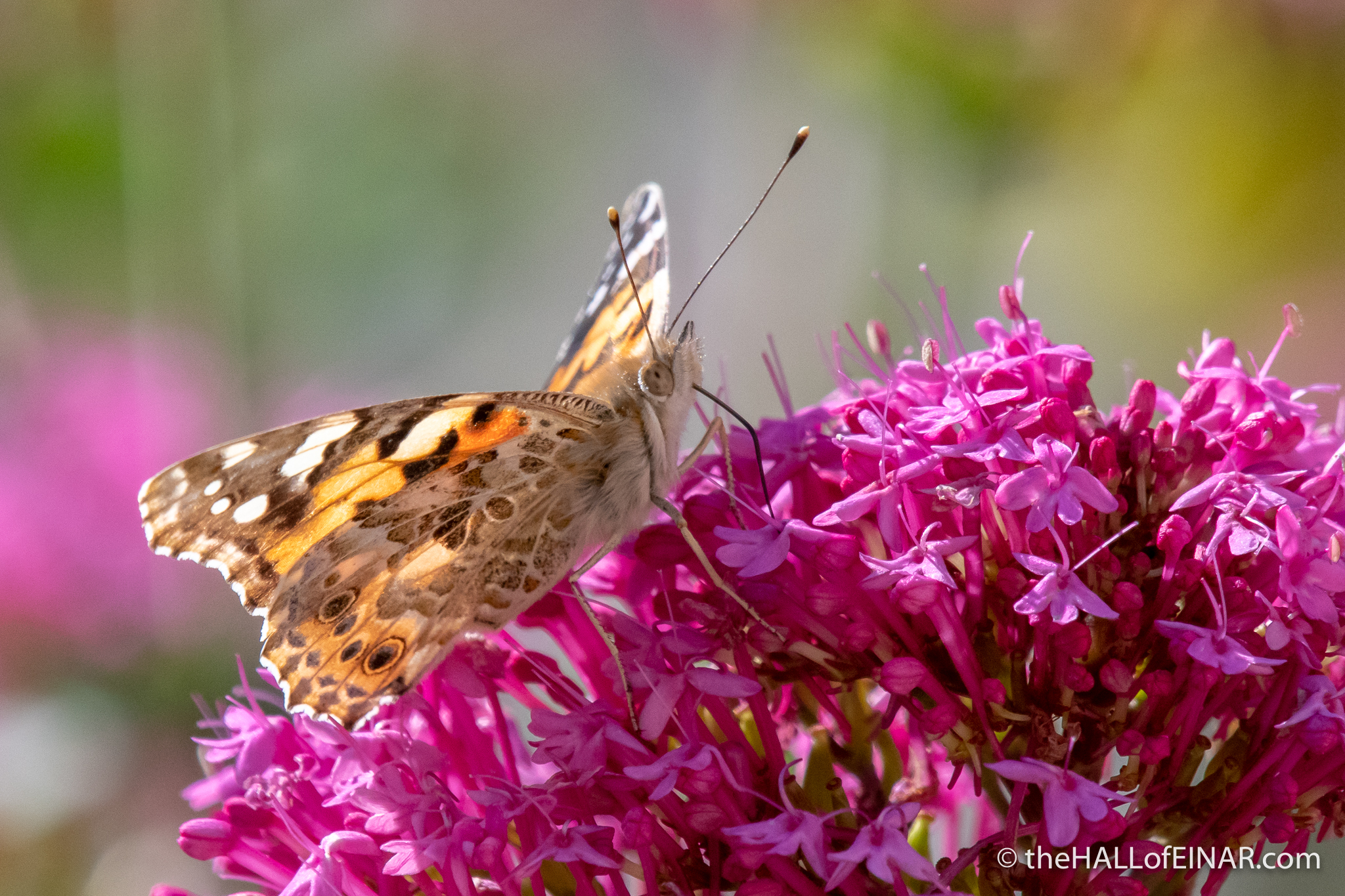 It’s concentrating very hard on drinking nectar from the flowers with its ridiculously long tongue.

It was named Vanessa cardui by Carl Linnaeus. Here’s its first mention in his Systema Naturae, first published in 1735, at the bottom of page 475:

Here it is in A History of British Butterflies by the Reverend Francis Orpen Morris from 1857. I love the illustrations: 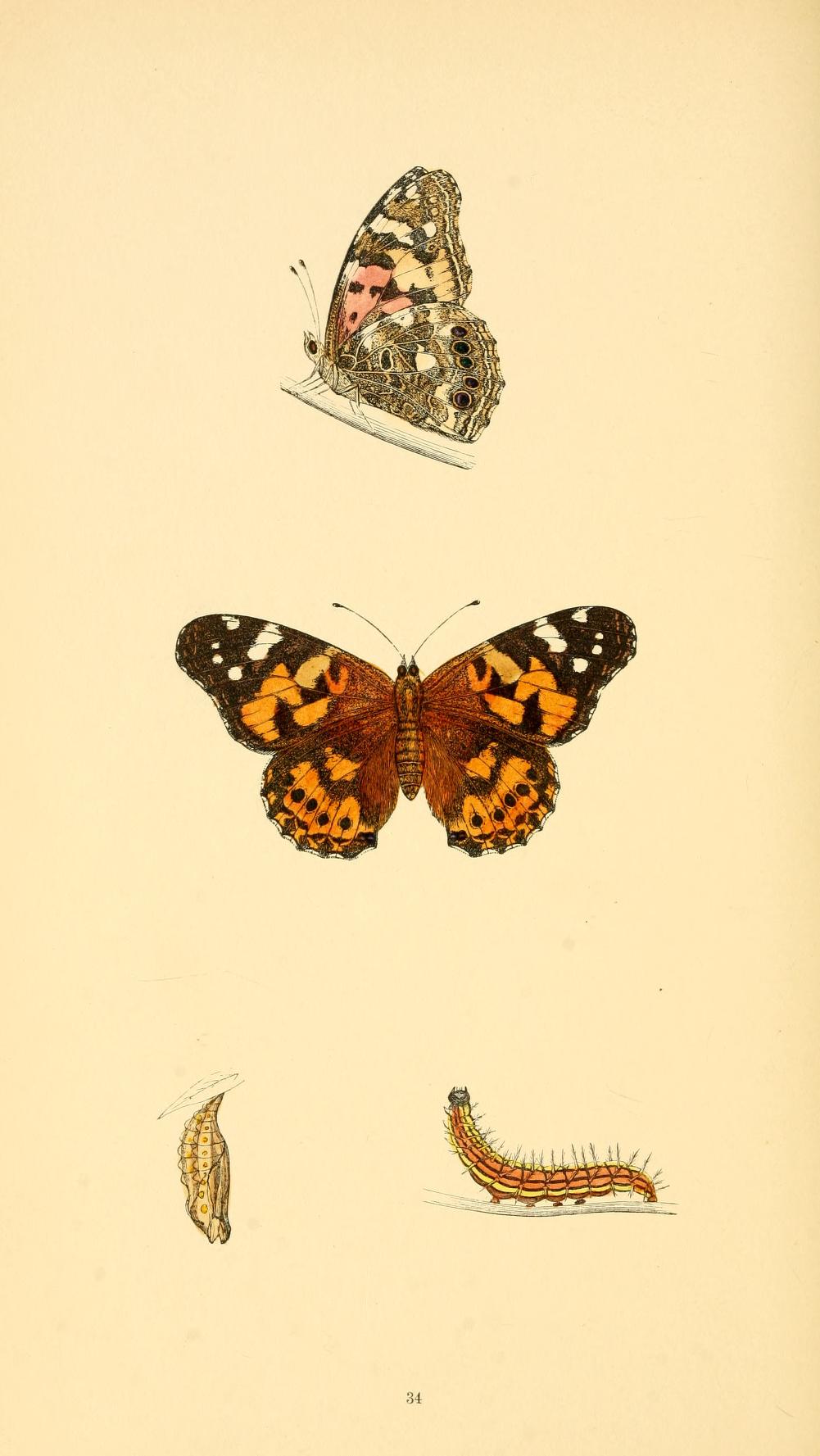 The text is quite interesting too:

“This is, I believe, one of the most universally-distributed species of Butterfly in the world, being found in every quarter of the globe, and in every, or almost every country both the hottest and the coldest; in Europe and North and South America, New South Wales and Java, North and South Africa. It is, however, very uncertain in its appearance, at least in any numbers.”

It’s in my book by Edmund Sandars, A Butterfly Book for the Pocket from 1939: 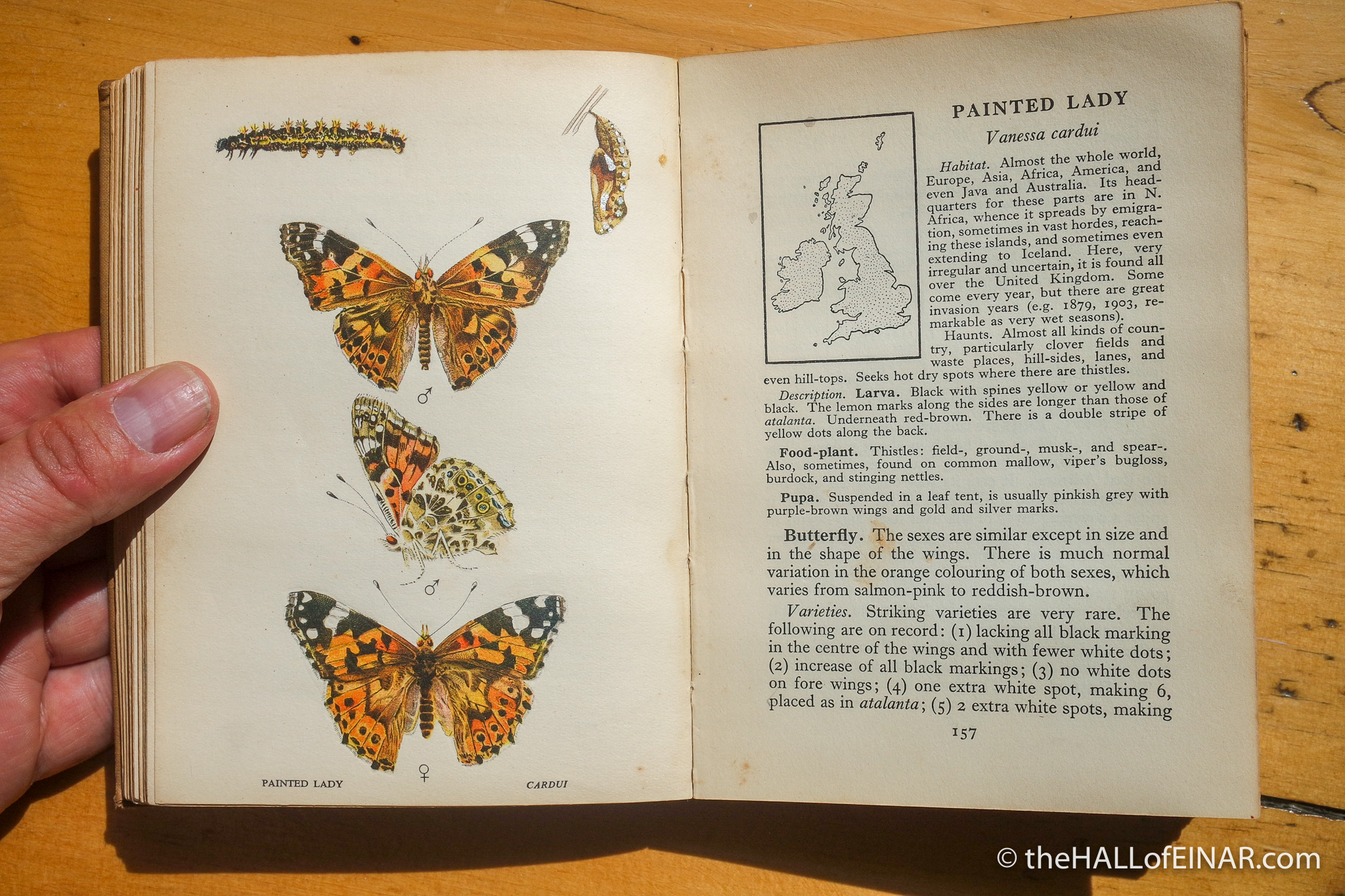 “There are picturesque accounts of vast swarming migrations: ‘countless numbers’, ‘obscuring the sun’, ‘seen drifting for days’ in the Mediterranean.

I’m happy to see just one.

Here’s what Butterfly Conservation has to say now:

“The Painted Lady is a long-distance migrant, which causes the most spectacular butterfly migrations observed in Britain and Ireland. Each year, it spreads northwards from the desert fringes of North Africa, the Middle East, and central Asia, recolonising mainland Europe and reaching Britain and Ireland.”

Painted Ladies can breed in the UK but never survive our winters. Our Painted Ladies are constantly travelling here and yet can never thrive. 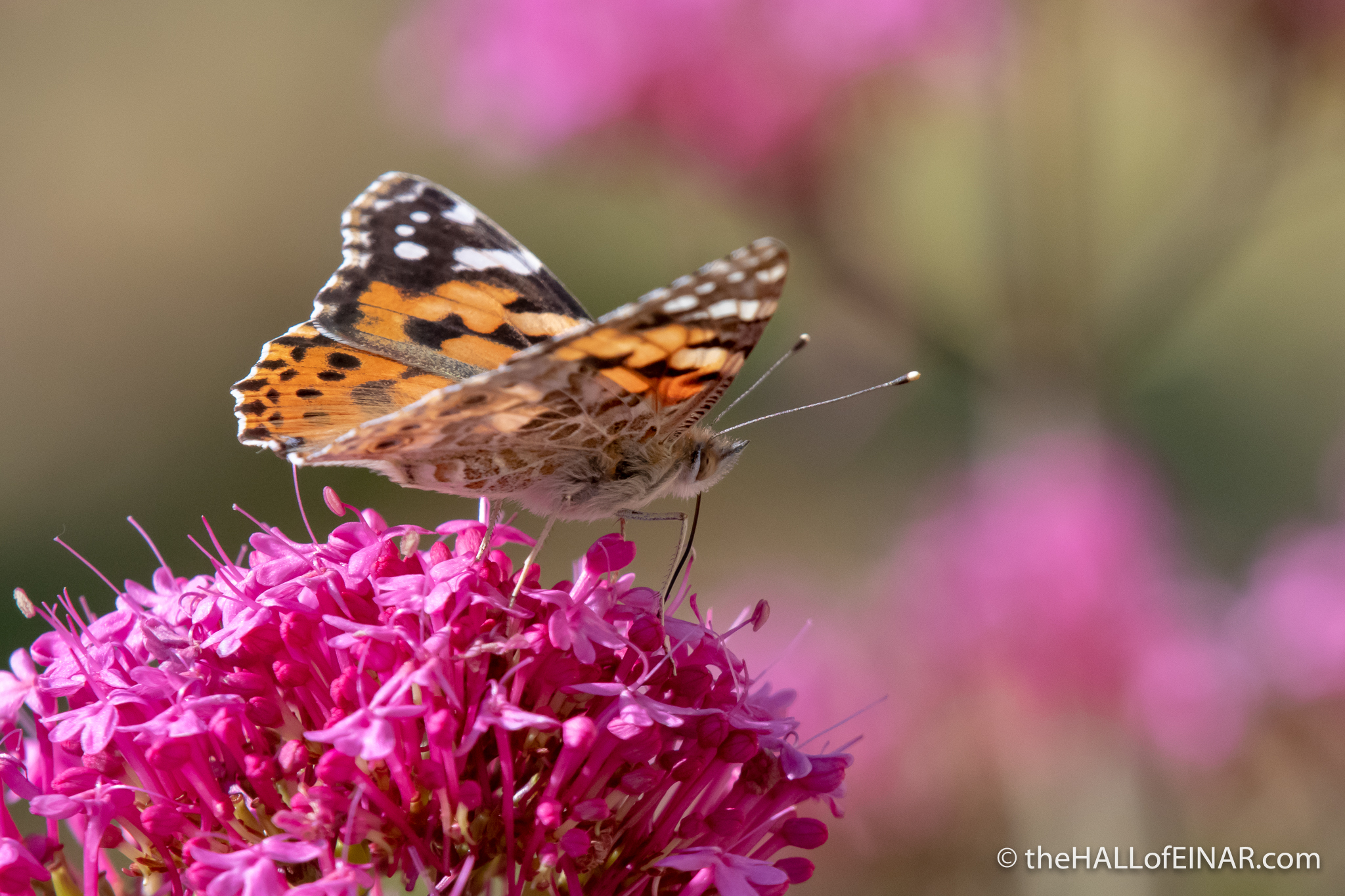