There’s a fungus at the bottom of the garden: 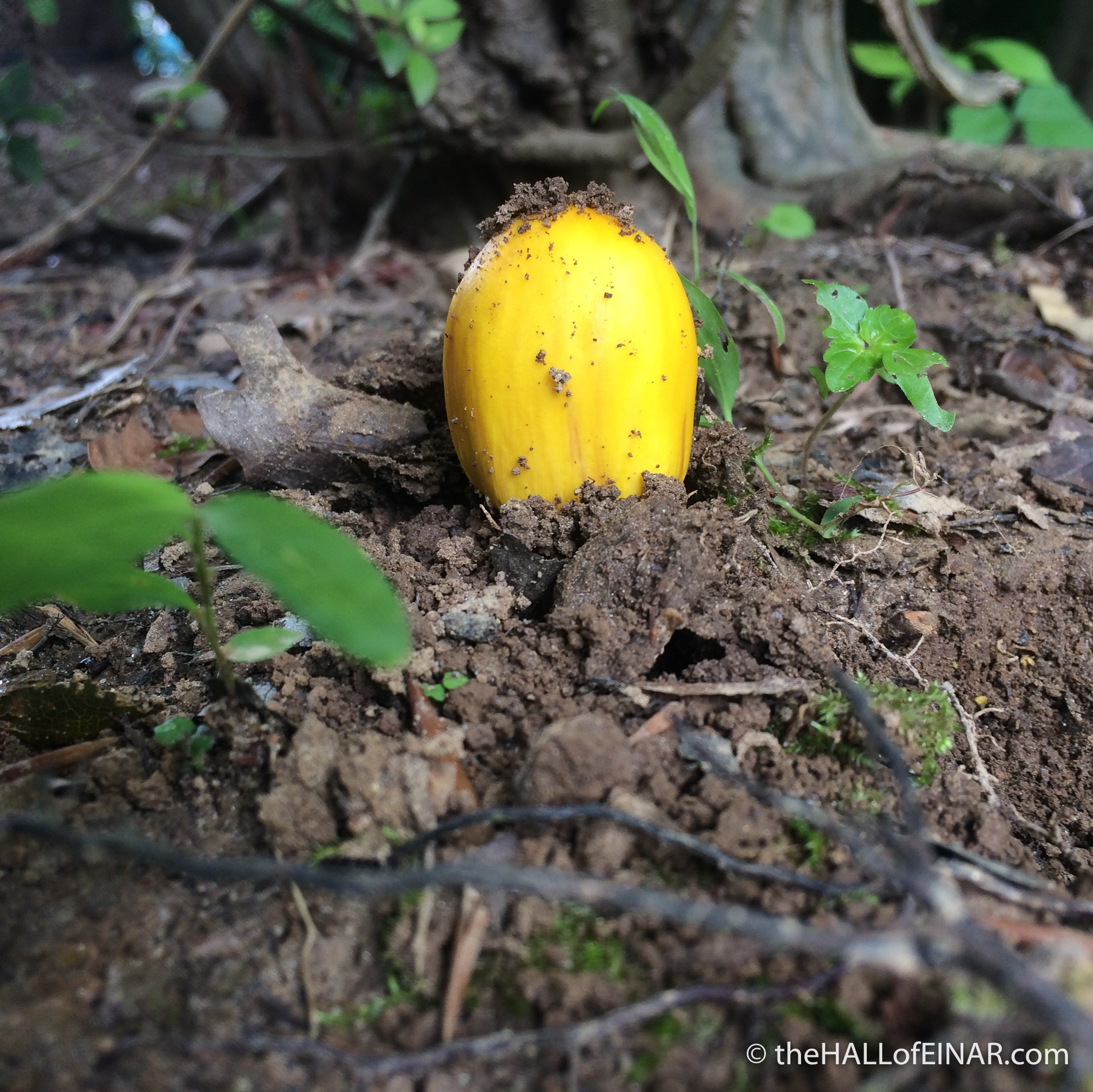 I’d love to identify it but it’s all on its own and I really don’t want to pick it. I want it to mature so it can spread its billions of spores and grow silently at the bottom of someone else’s garden. I’m excited to see it grow. It’s pushed up with incredible force through the earth. As a child I remember the Common Ink Cap Coprinus atramentarius as it was called then, Coprinopsis atramentaria as it is called now, growing through the tarmac on a road. Fungi truly have alien superpowers. 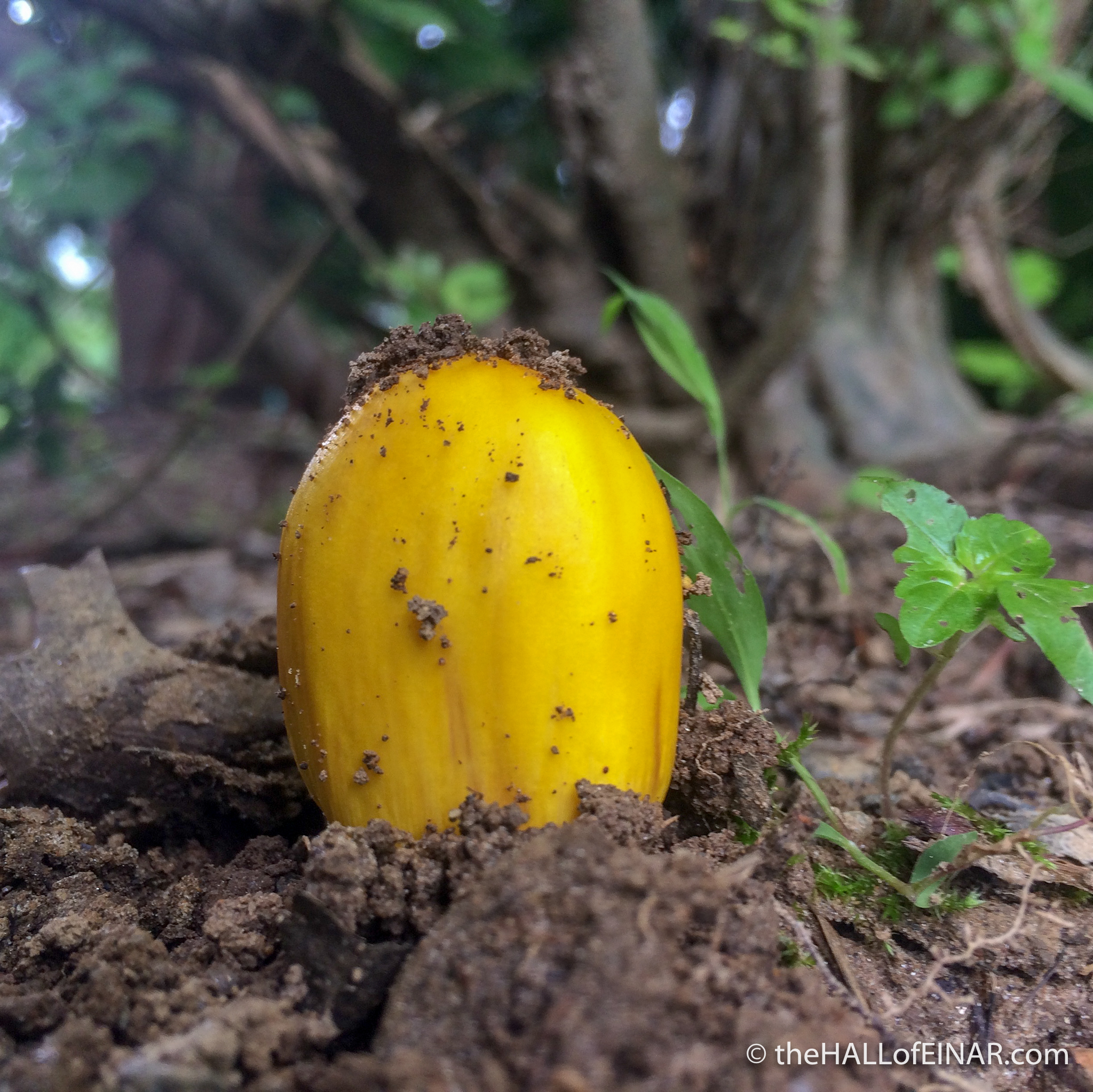 I take a note of where it is; there are only five large trees at the bottom of the garden and it’s growing under one of them. It’s also a bright beacon of yellow. It will be easy to find again. I resolve to return tomorrow and take another photograph of it. It will be great to see how it’s grown.

The next day I arrive in the garden in anticipation. There’s been some rain, the atmosphere is humid and it’s hot here in Virginia. It’s been perfect weather for a fungus. Yet it’s nowhere to be seen. Where is the bright yellow beacon which stood out so much yesterday? I’m expecting a perfect yellow cap and the chance to look underneath it and get an identification.

Where is it? If the appearance of fungi is mysterious, alien and magical, so is their disappearance. I suspect the culprit is a White tailed Deer, Chipmunk or an Eastern Gray Squirrel. They can even eat fungi which are deadly poisonous to humans.

What a bunch of spoilsports.