As a young child there was only one Ladybird to me; the seven spot ladybird, Coccinella septempunctata. I remember the excitement of finding out there were other Ladybirds. There was a thrill every time in finding another species.

Here’s a new species for me, but I’m not thrilled to see it, it’s a Harlequin Ladybird, Harmonia axyridis, known as ‘the most invasive ladybird on Earth.’ 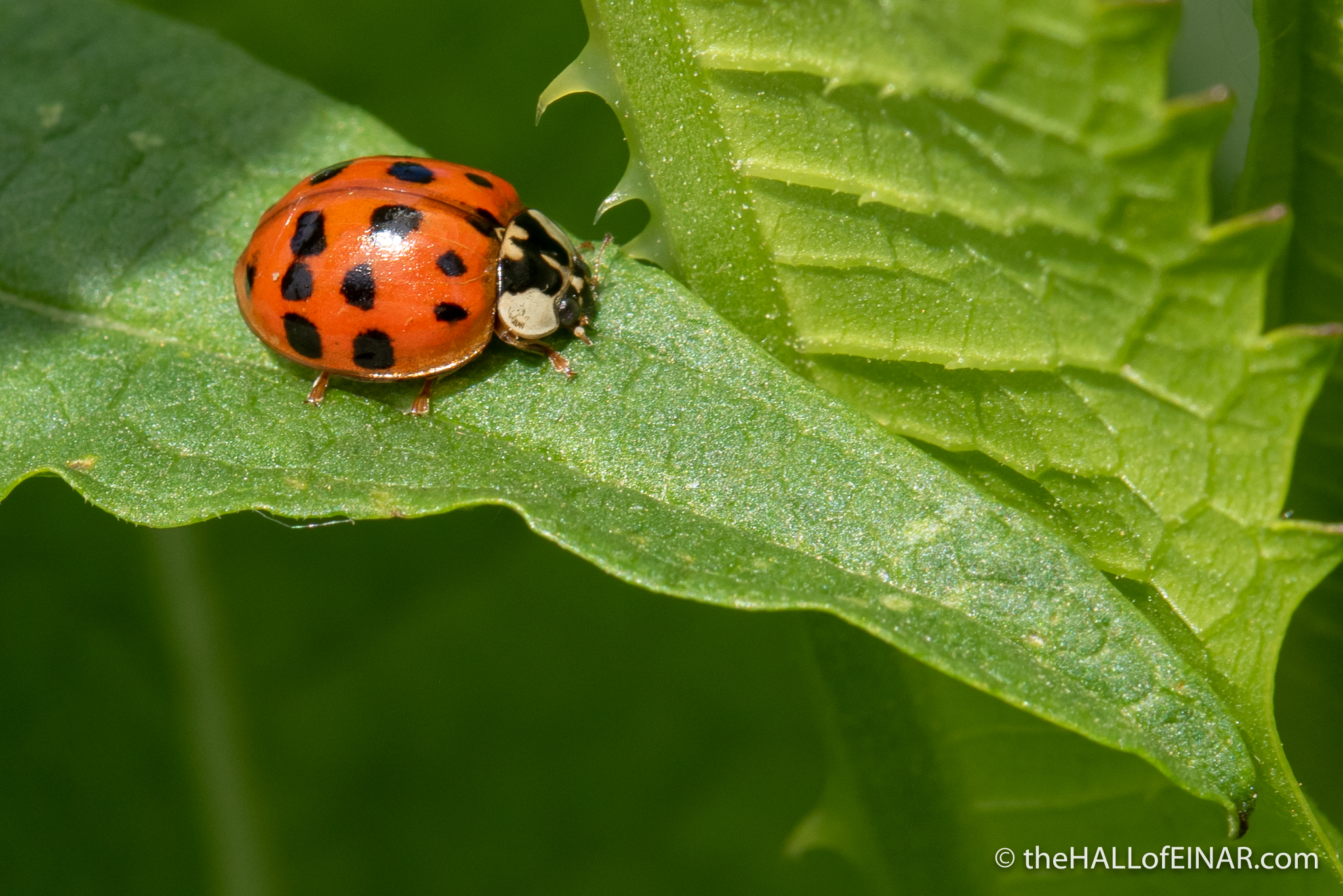 This is the succinea form which is orange with black spots. It was deliberately introduced to Europe and North America to eat aphids in commercial greenhouses. It has now spread throughout both continents and become a serious threat to native species. The ever-reliably histrionic Daily Mail says:

“Biting alien ladybirds riddled with STDs are swarming the UK in their millions posing a major threat to our native bug.”

The language of the Daily Mail is always worth analysing:

“Harlequin ladybirds are flying to the UK from Asia and North America.”

All you need to do is remove the word Ladybird in this article and the Daily Mail is as racist as its possible to be.