We’re in Matera in the south of Italy. It’s one of the oldest continuously inhabited cities on Earth, with palaeolithic caves on the slopes of the gorge below, ancient Roman and medieval buildings in the middle and a modern city above: 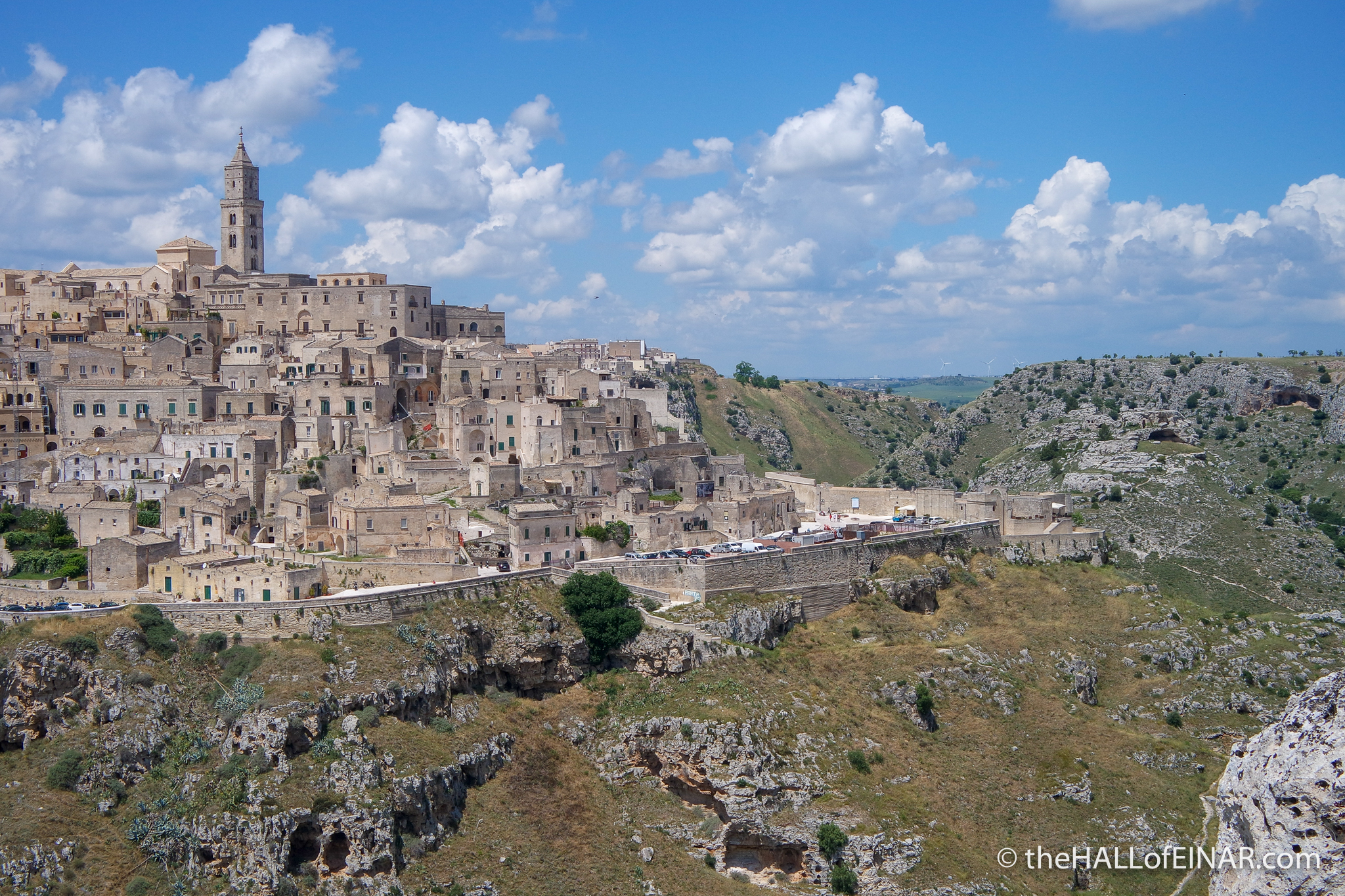 We walk the steeply snaking track, down the rocky slopes to the river below, in intense heat. Down in the gorge the river runs brown: 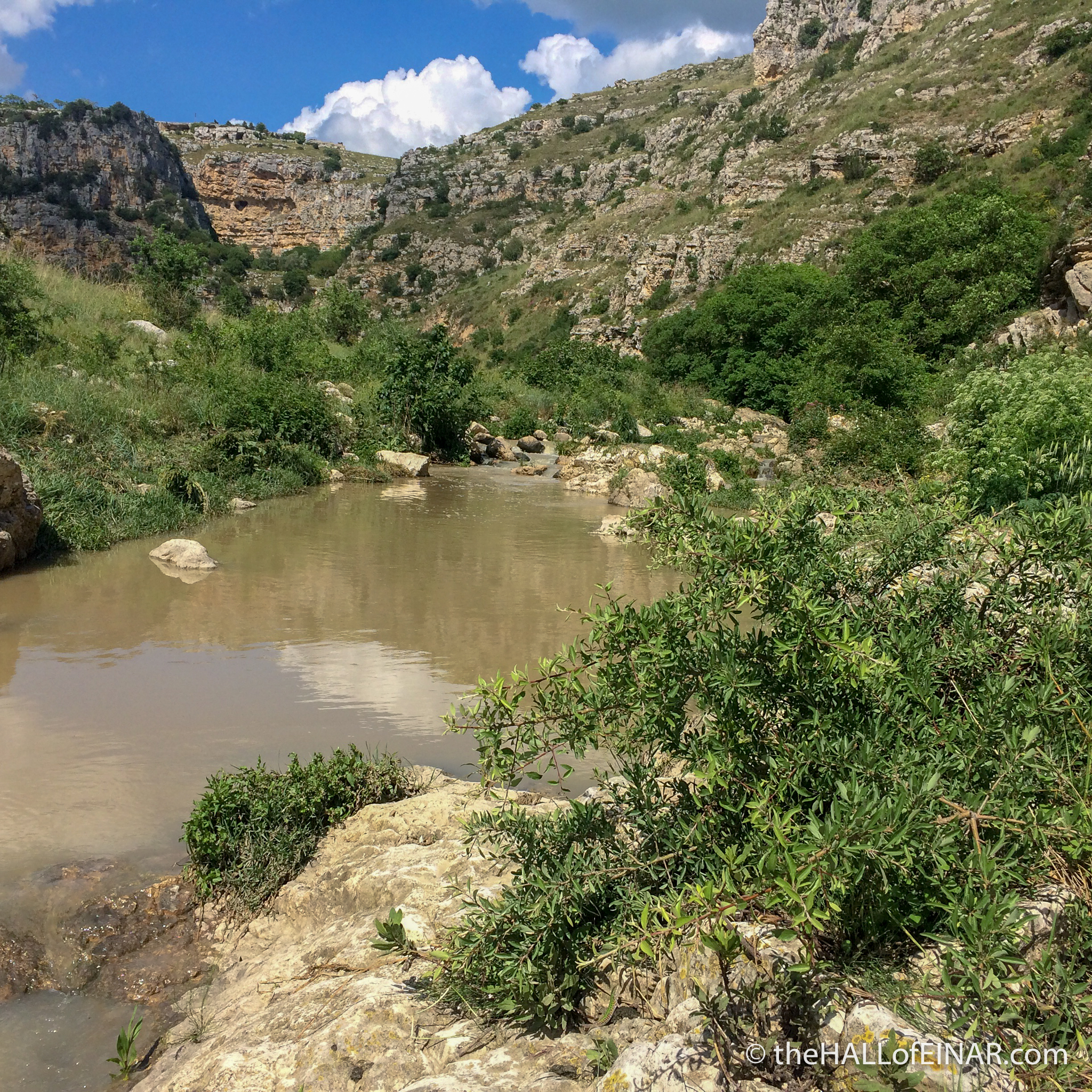 Sitting in the sun we see Lesser Emperor Dragonflies flying in tandem, the male above, clutching the female below around the neck. They land and she lays her eggs under the water: 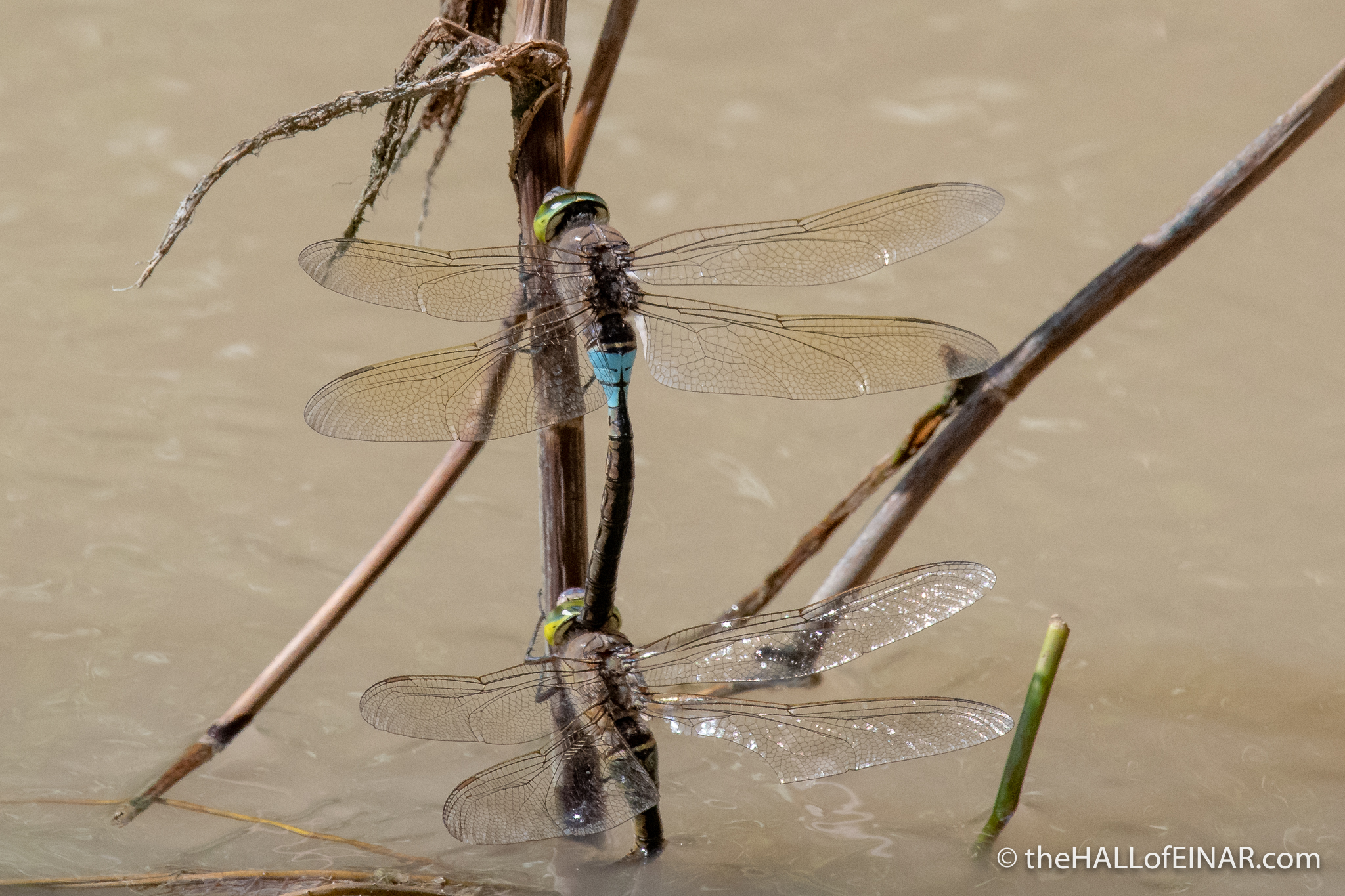 Later, I read that the Lesser Emperor Dragonfly, Anax parthenope, has green eyes and the male has a blue saddle and I’m happy to have identified it. Their name, Parthenope, is from the Greek for ‘The maiden’s voice’. Considering that Dragonflies evolved 300 million years ago, they are still going strong. Their heads are almost all eyes, meaning they can see flies accurately and catch them efficiently with their feet while flying.

They make a lovely couple: 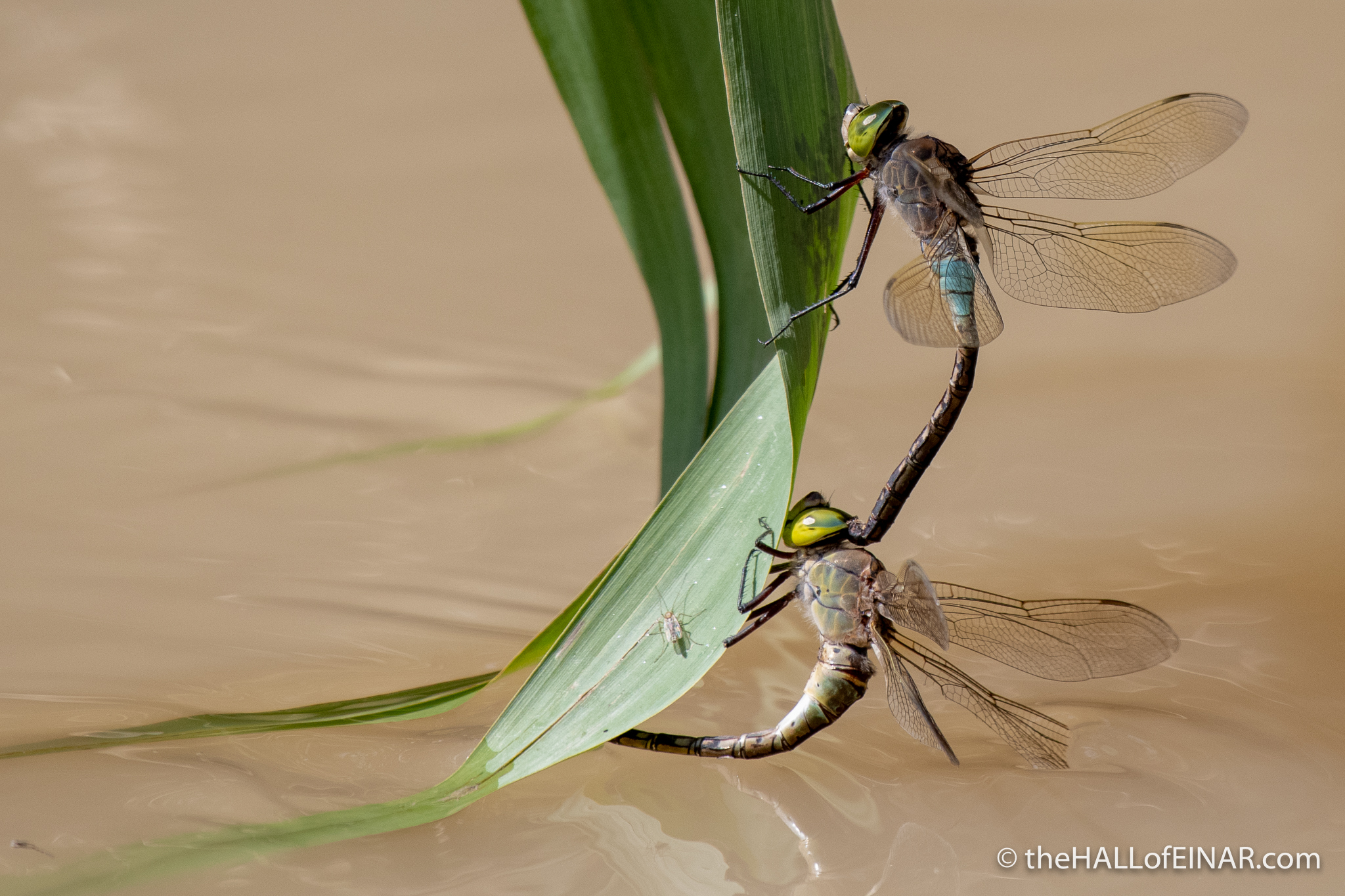 In two years time I hope this couple’s larvae will have grown and emerged and their children will be entertaining others who brave the heat and the walk down this steep gorge. It’s time for us to walk back up through thousands of years of history now.

2 Responses to "The Lesser Emperor of Matera"