Primley Park in South Devon is a large area, but it is just a part of what were the private gardens of Herbert Whitley, whose personal animal collection became Paignton Zoo. It’s only been open to the public since 1995 (I was a trustee on the Board of the Whitley Wildlife Conservation Trust back then which opened access to the public).

The Park is a woodland area with a central meadow and is full of surprises. Here’s one: a massive example of Cobalt Crust fungus, Terana caerulea. 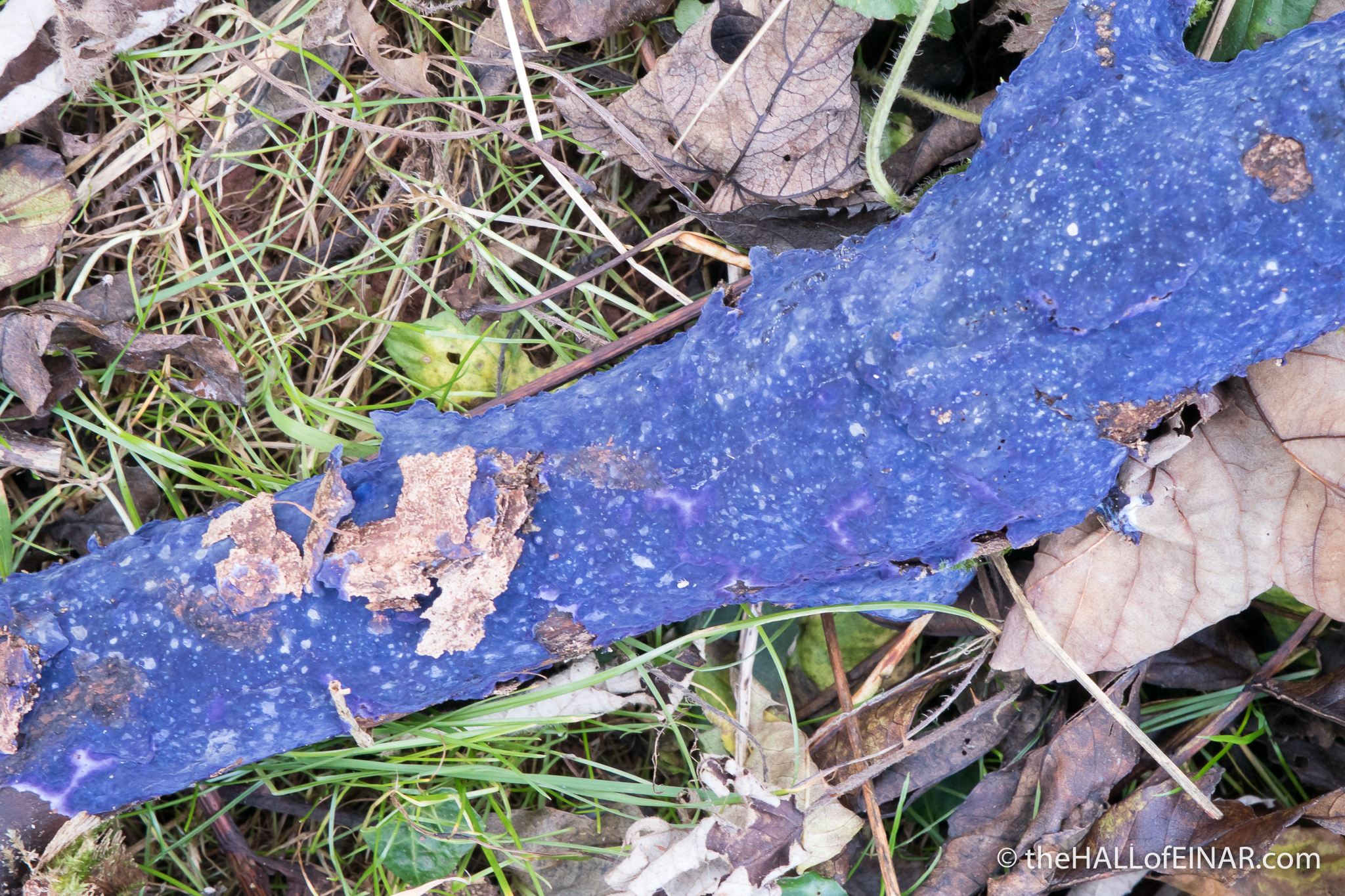 It’s a rare find – and unmistakable if you do spot it. This example is a fresh, intense cobalt blue.

Some of the trees in Primley Park are over 200 years old. Old trees are always good for wildlife, and especially fungi, which can often take many decades to establish themselves. I hope this one thrives.