Easter Sunday was spent with my Hungarian friends going on a fungus hunt. As you do. Or should that be, as I do. We had a very pleasant outing to Dunster in north Somerset in search of a rare fungus.

As we arrive at Dunster Castle, the car park is full. We continue to find the overflow car park is also full. We abandon the car in a distant lay-by and walk into Dunster, with a short stop at The Foresters Arms on the way, where their African Grey Parrot shouts “W*nker” at us repeatedly and enthusiastically, from its cage. The Castle is full of fractious families on an Easter egg hunt. For only £2 you can get a Cadbury’s Creme Egg worth 50 pence, except you have to follow the story of Julian, Walter, Penelope and their dog Boggles, featuring lashings of ginger beer and jam sandwiches, and solve a mystery with a Cadbury chocolate ‘prize’. It’ll be just one of the 200 million Cadbury’s Creme Eggs eaten in the UK this year.

We’re here after an entirely different prize: a fungus which is rare in the UK because it only grows under Cedar trees, which are rare in the UK, because they are a native of Lebanon. The fungus is brown and cup-shaped and is imaginatively called the Cedar Cup, Geopora sumneriana.

A quick check around the tree’s roots and there it is: 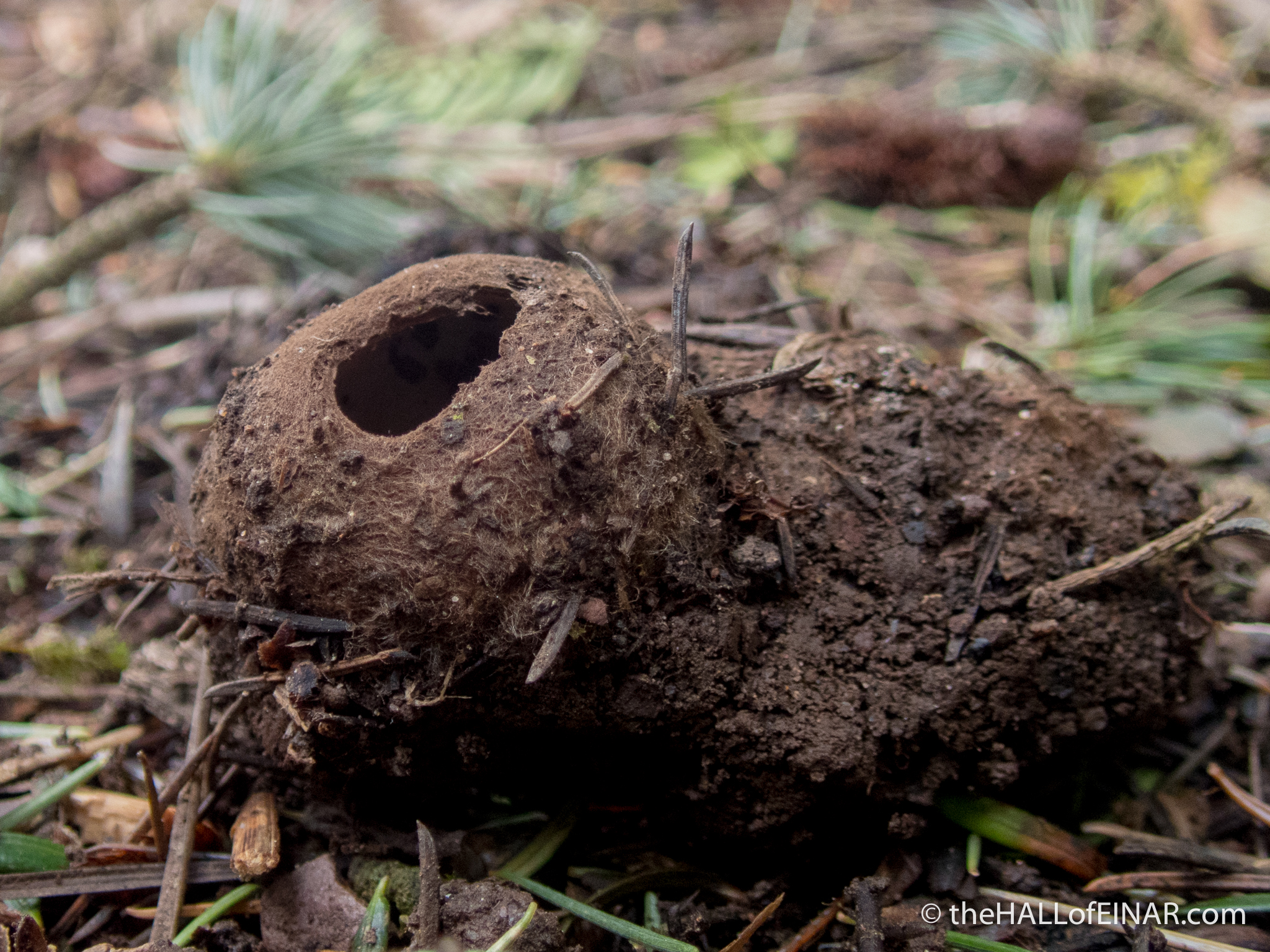 It’s like a hairy, and very dirty, ruptured tennis ball which some dog has left abandoned in the mud. Maybe it was Boggles who left it there? 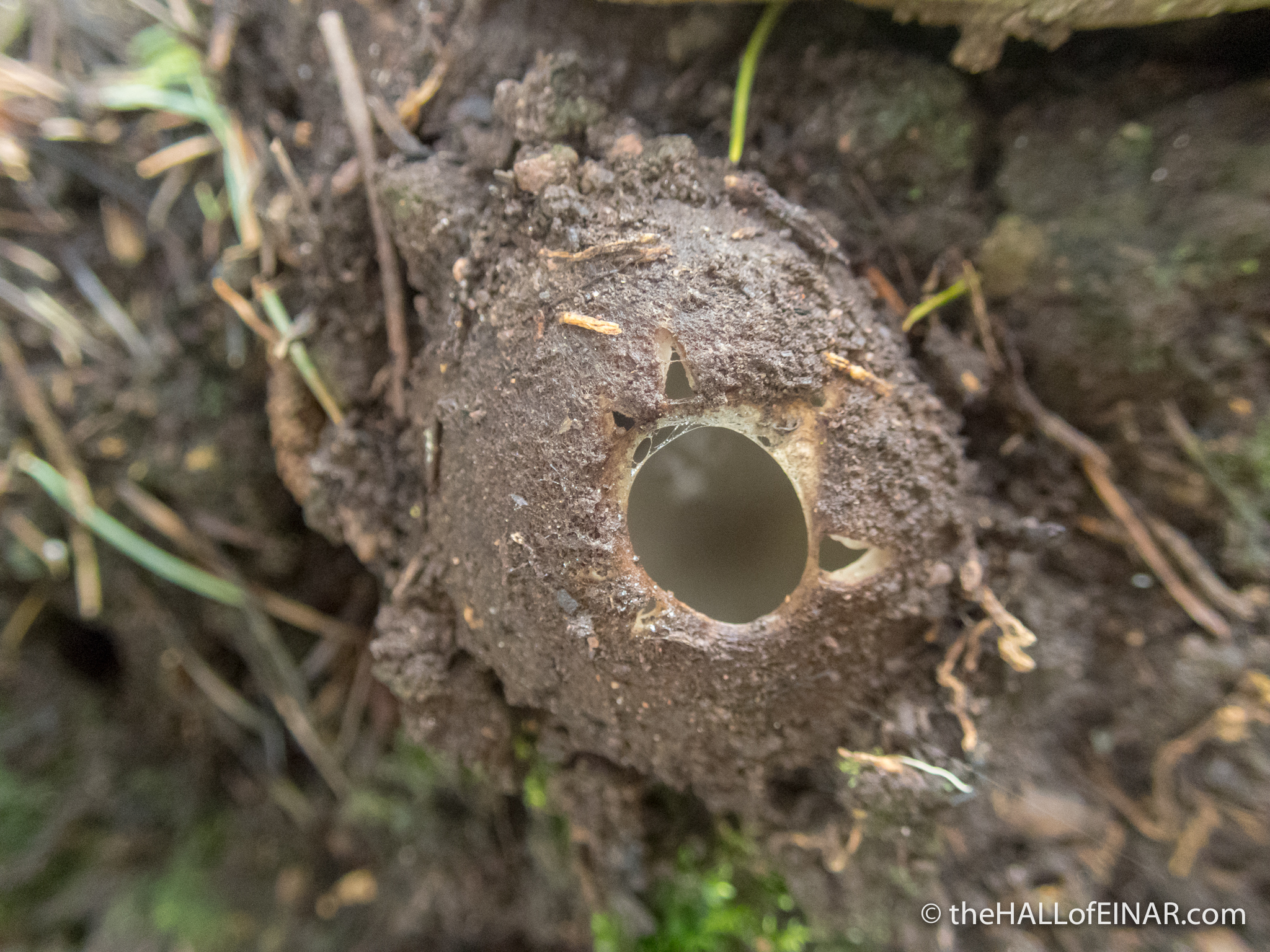 The Cedar Cup was first described by Mordecai Cubitt Cooke, who is more famous for his book ‘The Seven Sisters of Sleep. Popular history of the seven prevailing narcotics of the world’ from 1860. They are a beautiful find in the shadow of this massive Cedar tree. As we stoop to photograph them we are passed by a constant human tide of parents and children with puzzle sheets looking for nests and empty ginger beer bottles. None of them seem to see us or our treasure under the tree. 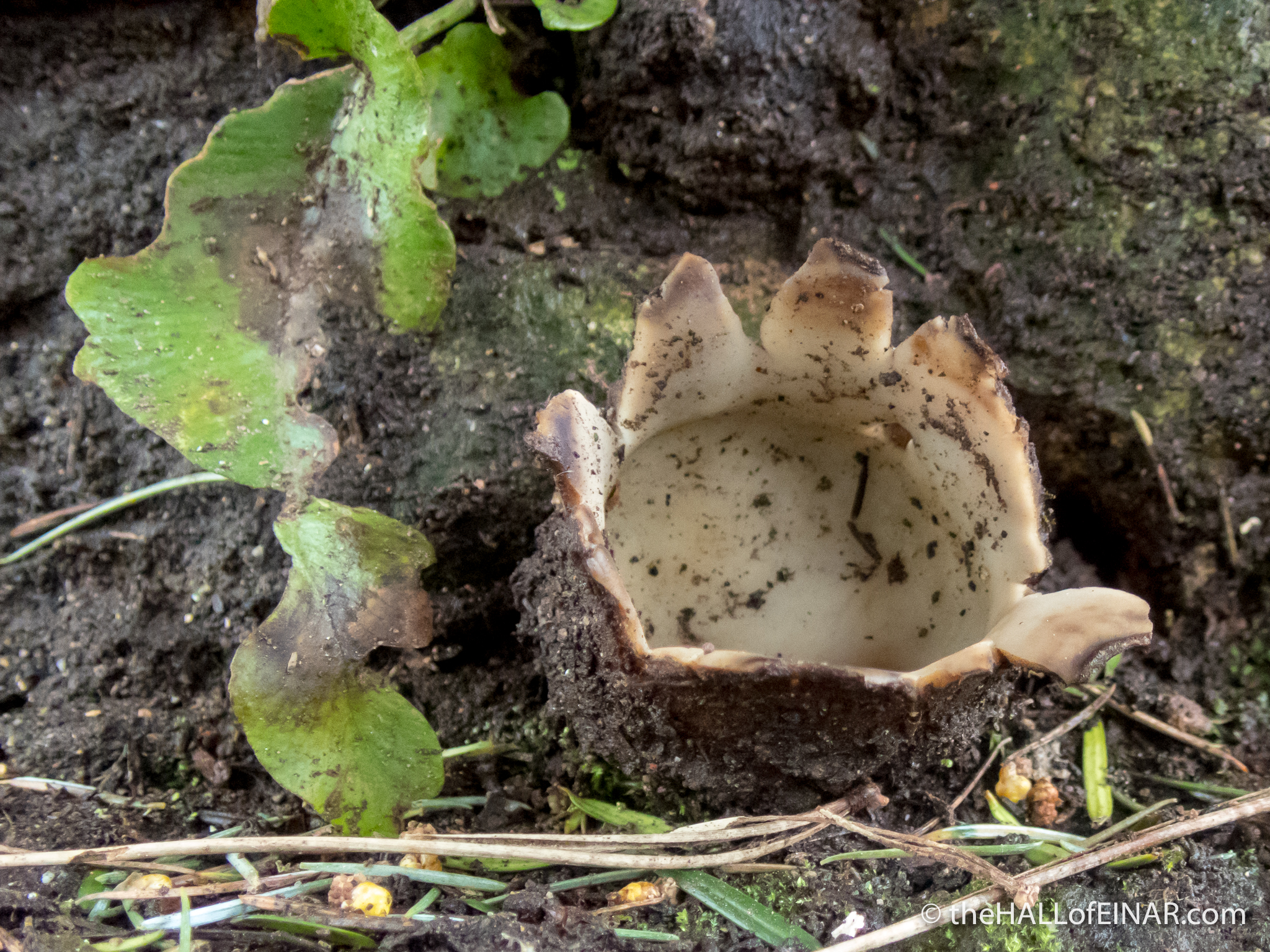 We may not have had the story of Julian, Walter, Penelope and their dog Boggles, featuring lashings of ginger beer and jam sandwiches, but we did have the story of Mordecai Cubitt Cooke, a Victorian book on narcotics, a rare fungus which only grows under Cedar trees, and a Parrot which shouts “W*anker”. It’s been a very satisfying day.

One Response to "Searching for an unusual Easter egg"