There’s a male Mandarin Duck, Aix galericulata, steaming towards me over the lake: 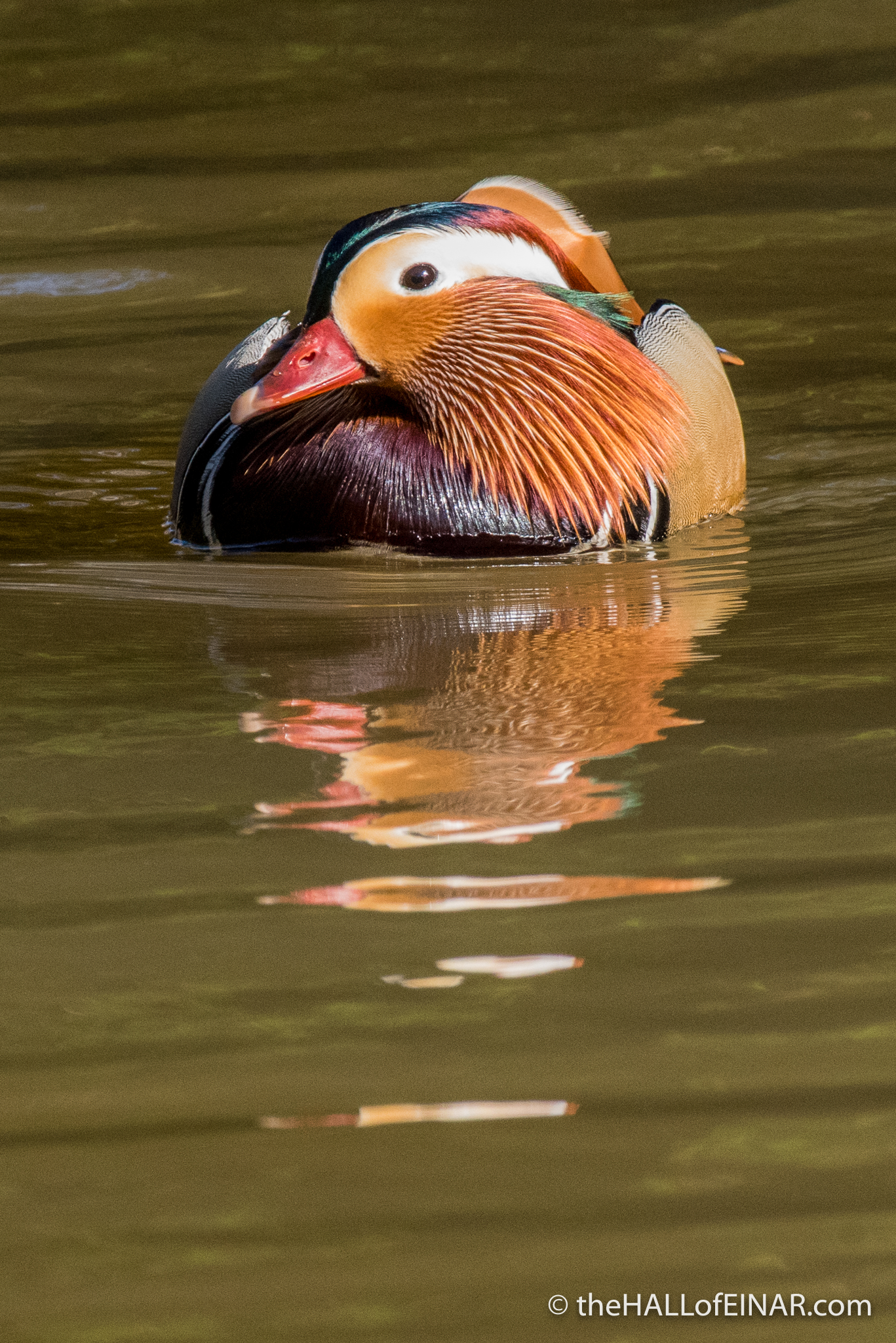 It’s hard to imagine the evolutionary pressures which have led to such incredible plumage: 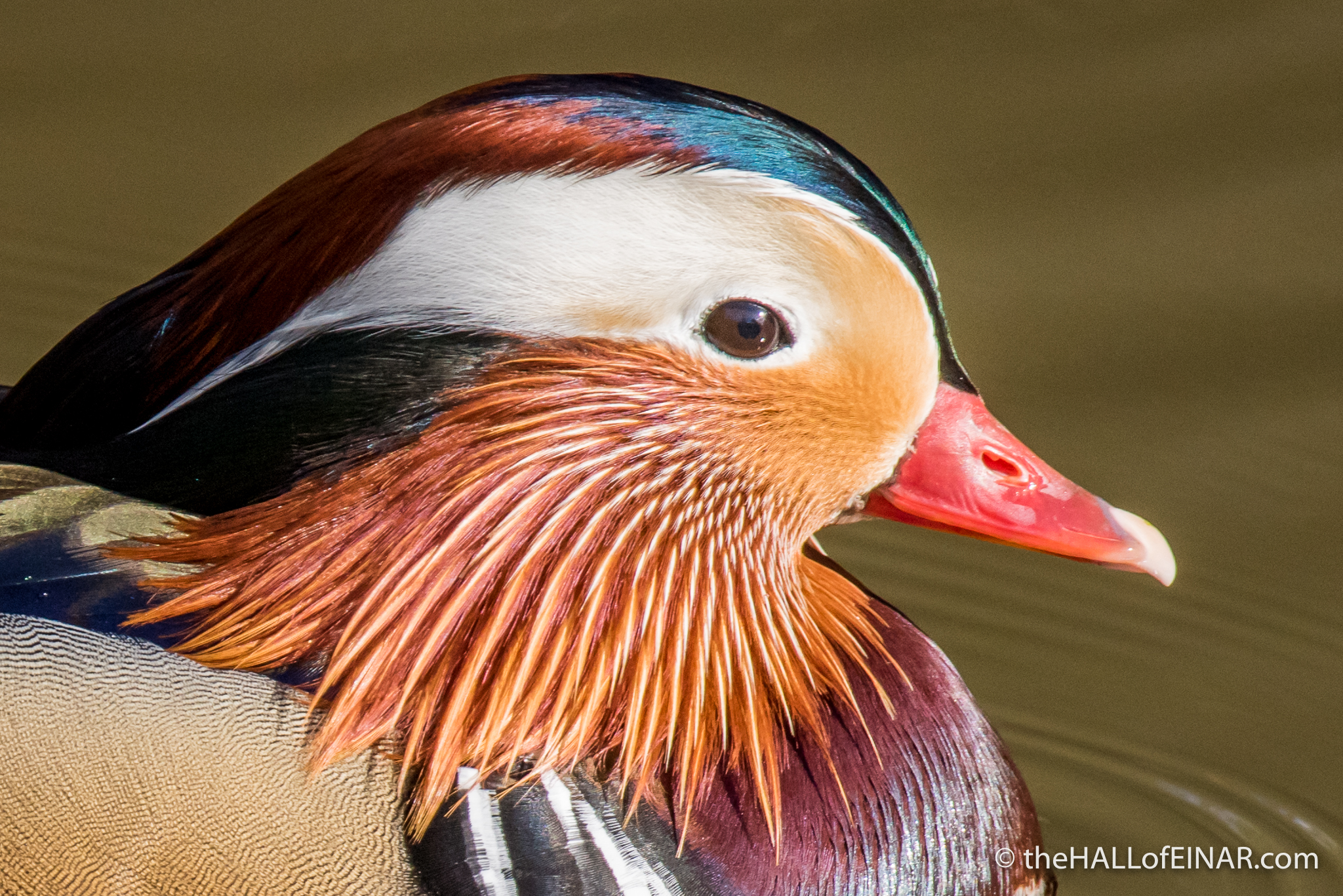 Given that it’s the males who have such stunning plumage, it’s likely that it’s selection of brightly coloured males by the females which is the cause: 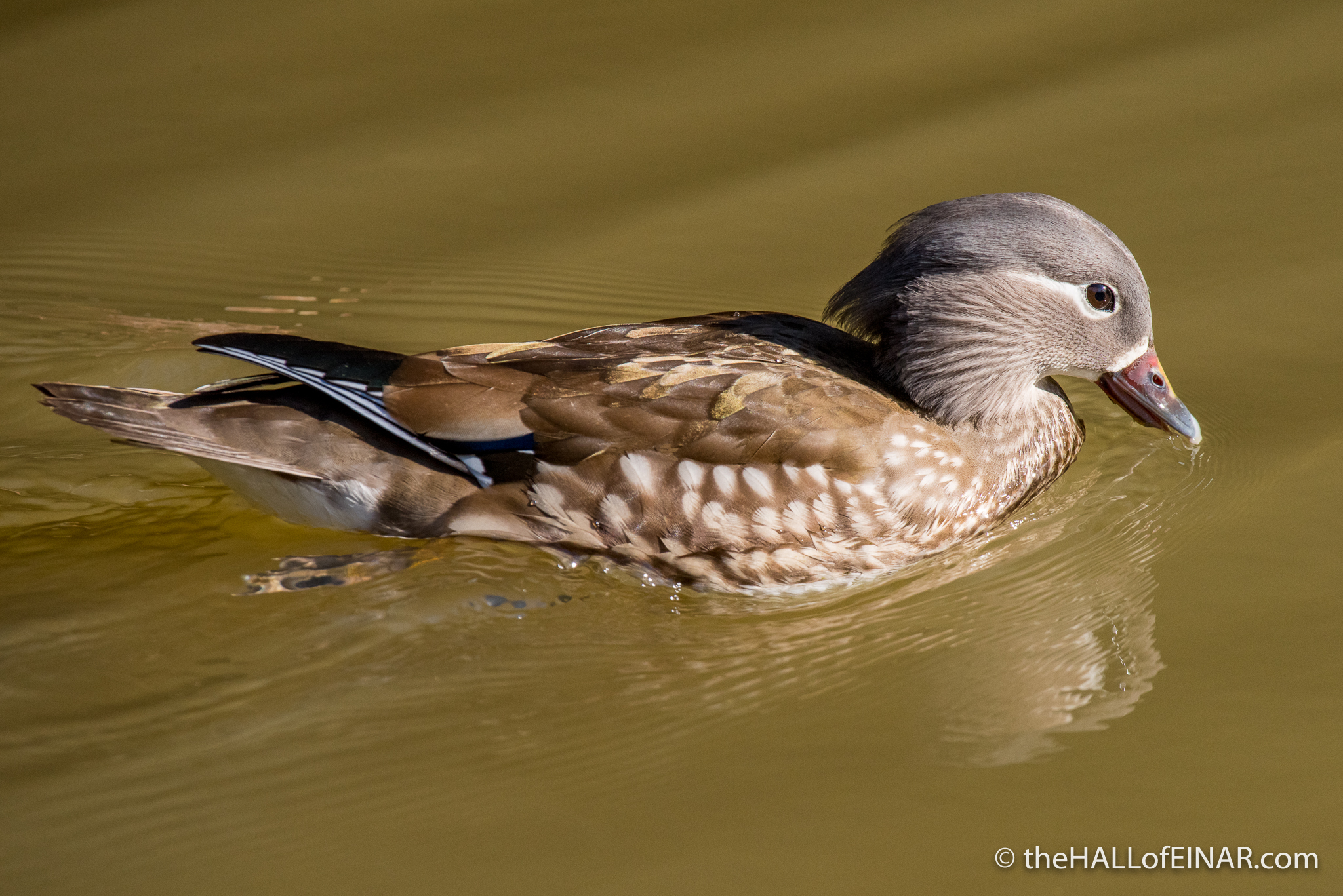 The females who’ve mated with spectacular males have obviously had much greater chance of having successful ducklings who have also selected or been selected for generations: 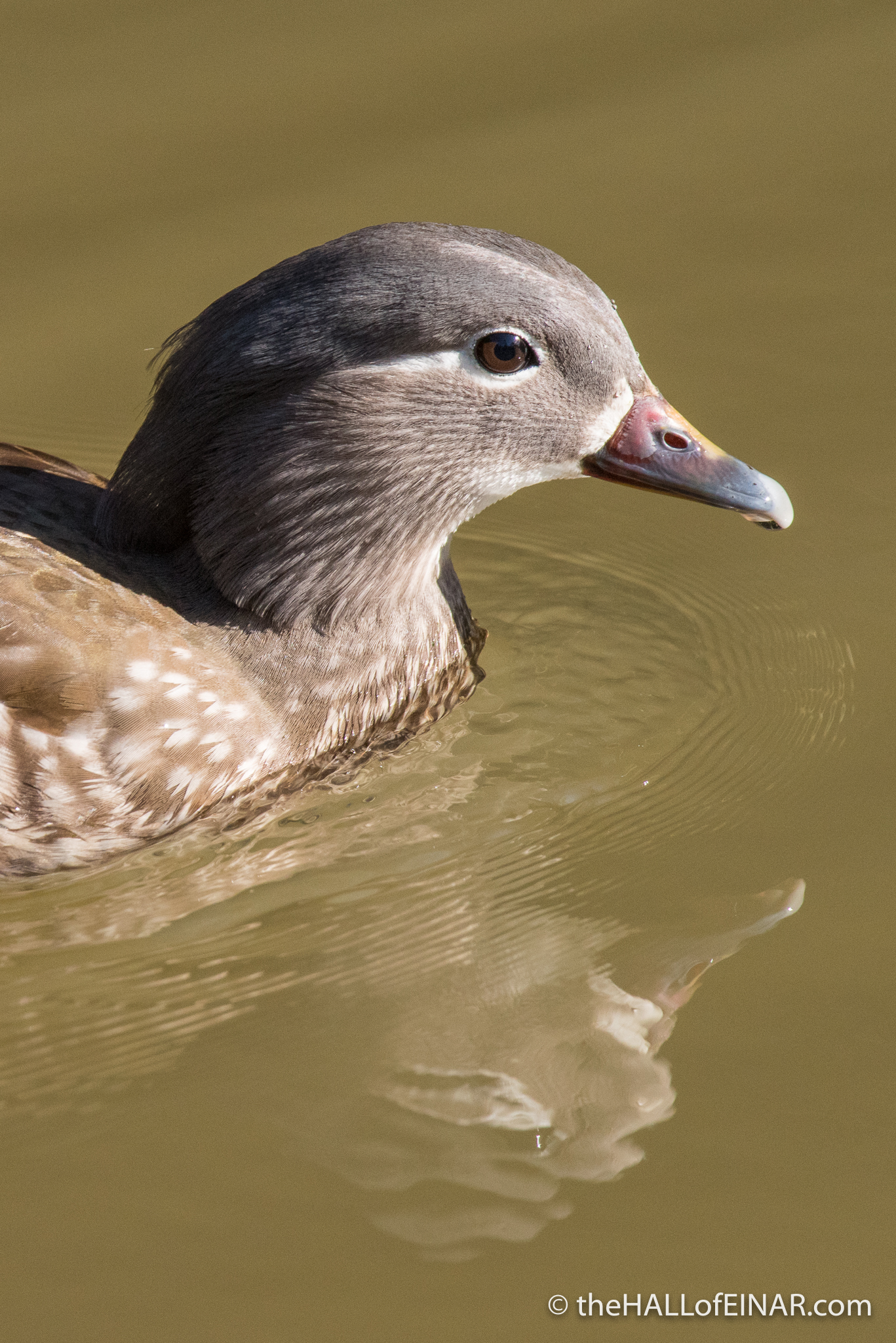 Bright feathers take an enormous amount of energy to create. The colours are produced by chemicals which take time and trouble to synthesise and need a lot of high quality food to create. A bright male means they are healthy and have had a good diet. 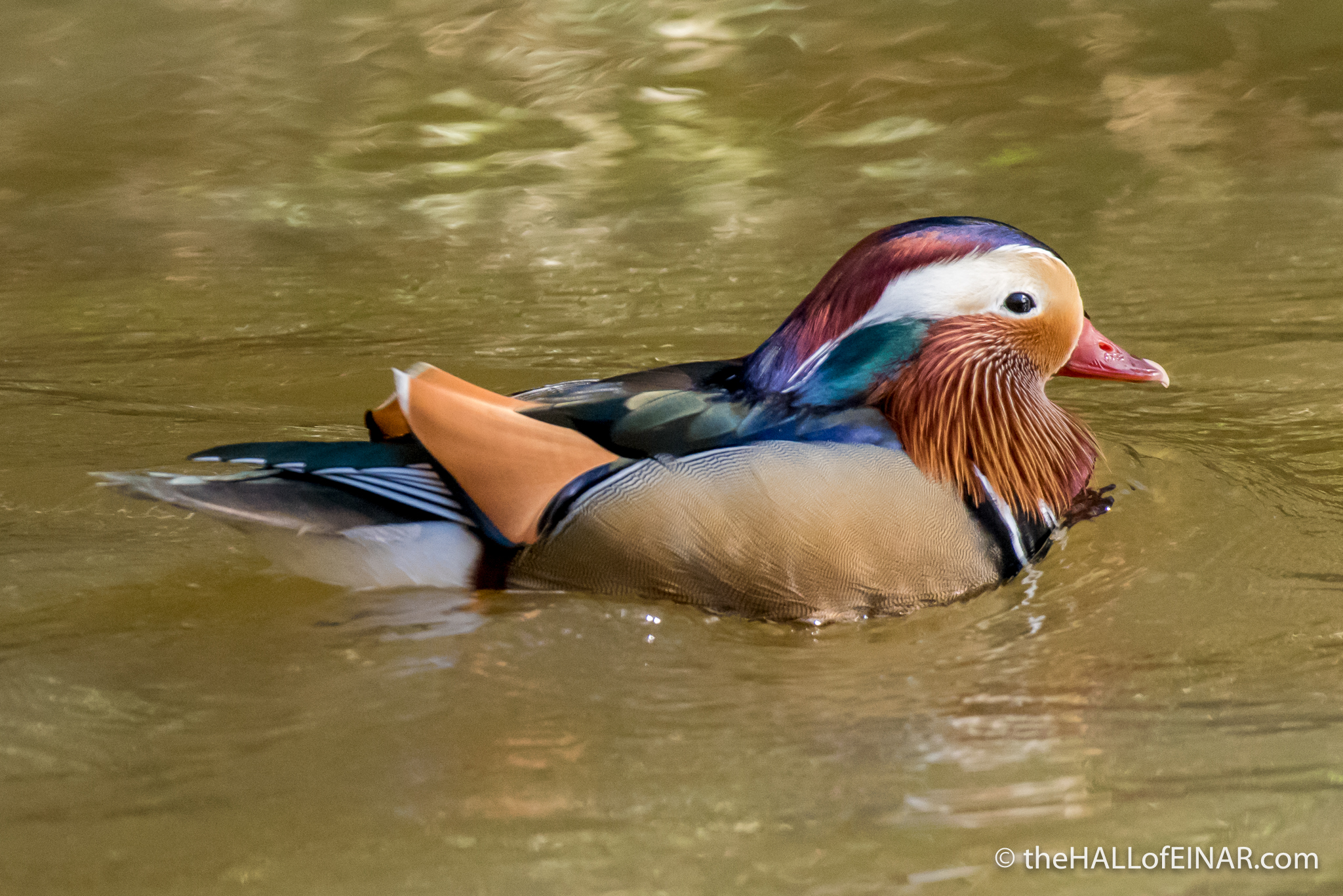 The males will stay around only until the eggs hatch and then they will disappear for a summer-long male-only moulting party where they become drab and flightless for a while. They take no role as father to their ducklings and are simply flashy sperm donors. 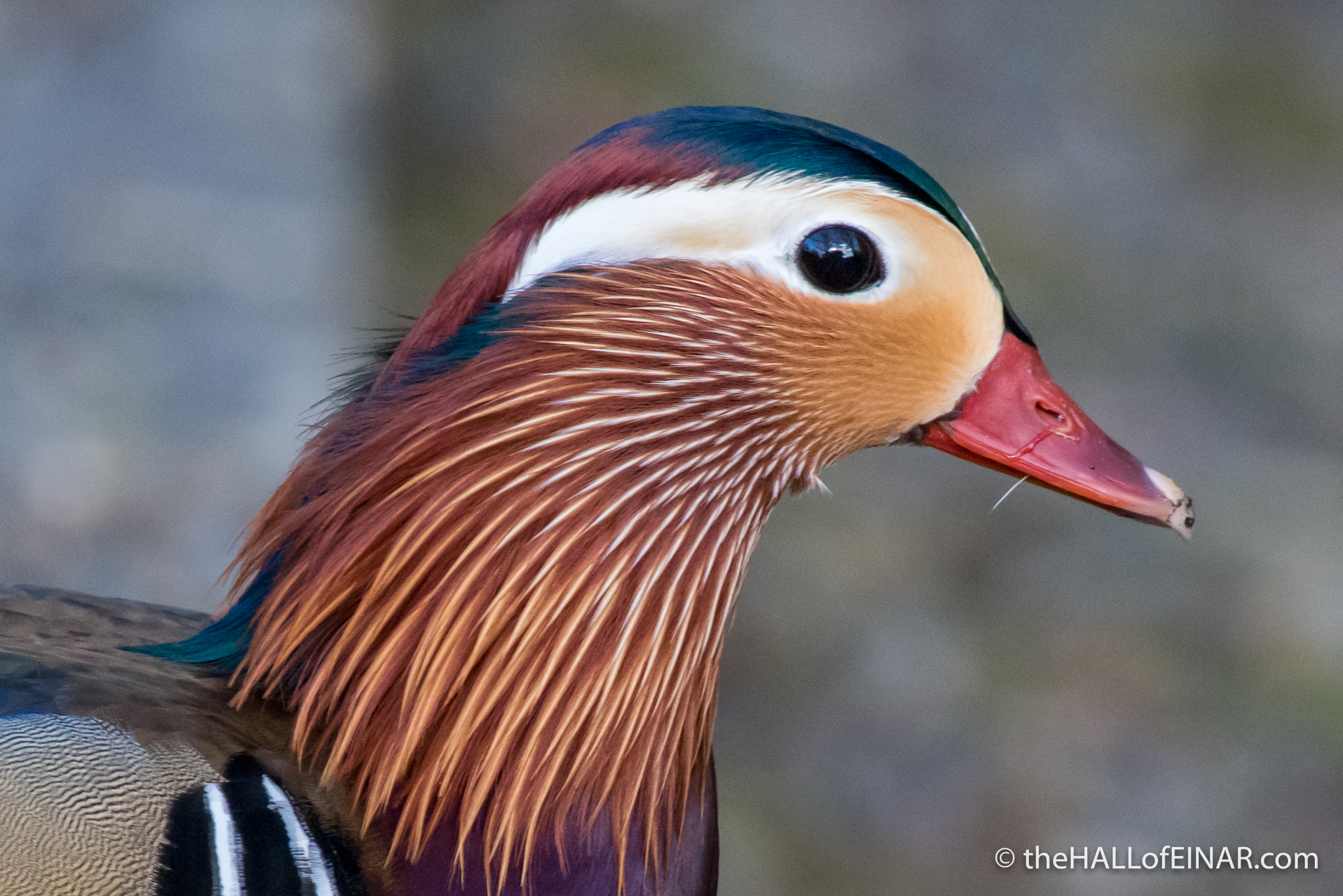 But how fabulously flashy they are.