Frogspawn is something many people remember from their childhood. Will future generations have the same thrill of recognition as I do when I see a mass of jelly eggs in the pond at Holden Clough? 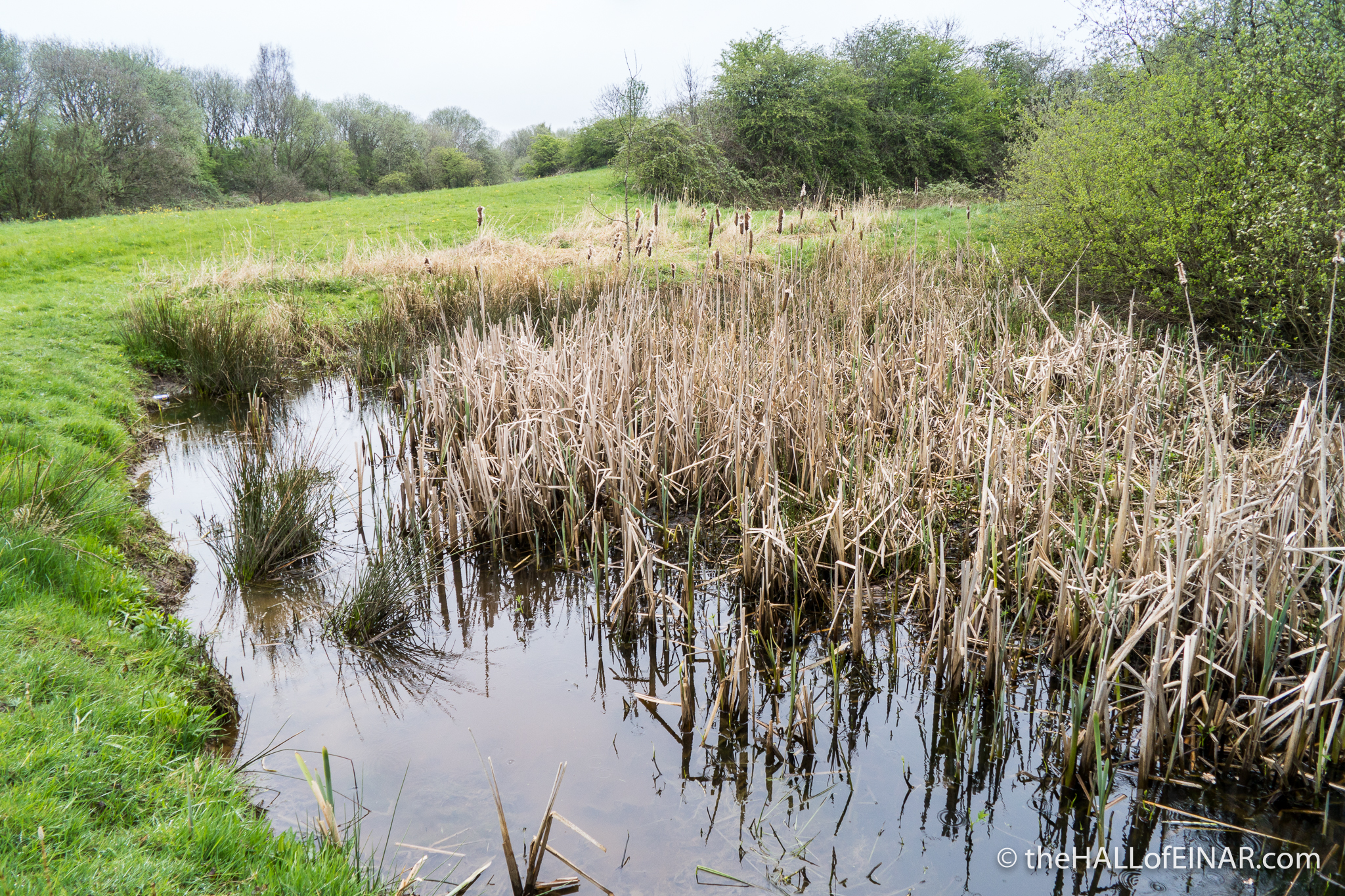 This is my childhood stomping-ground. The pond is much smaller than I remember it, but then again, I was a lot smaller when I was 10 years old.

As a child I bought a copy of this book, Holden Clough, the natural history of a small Lancashire valley: 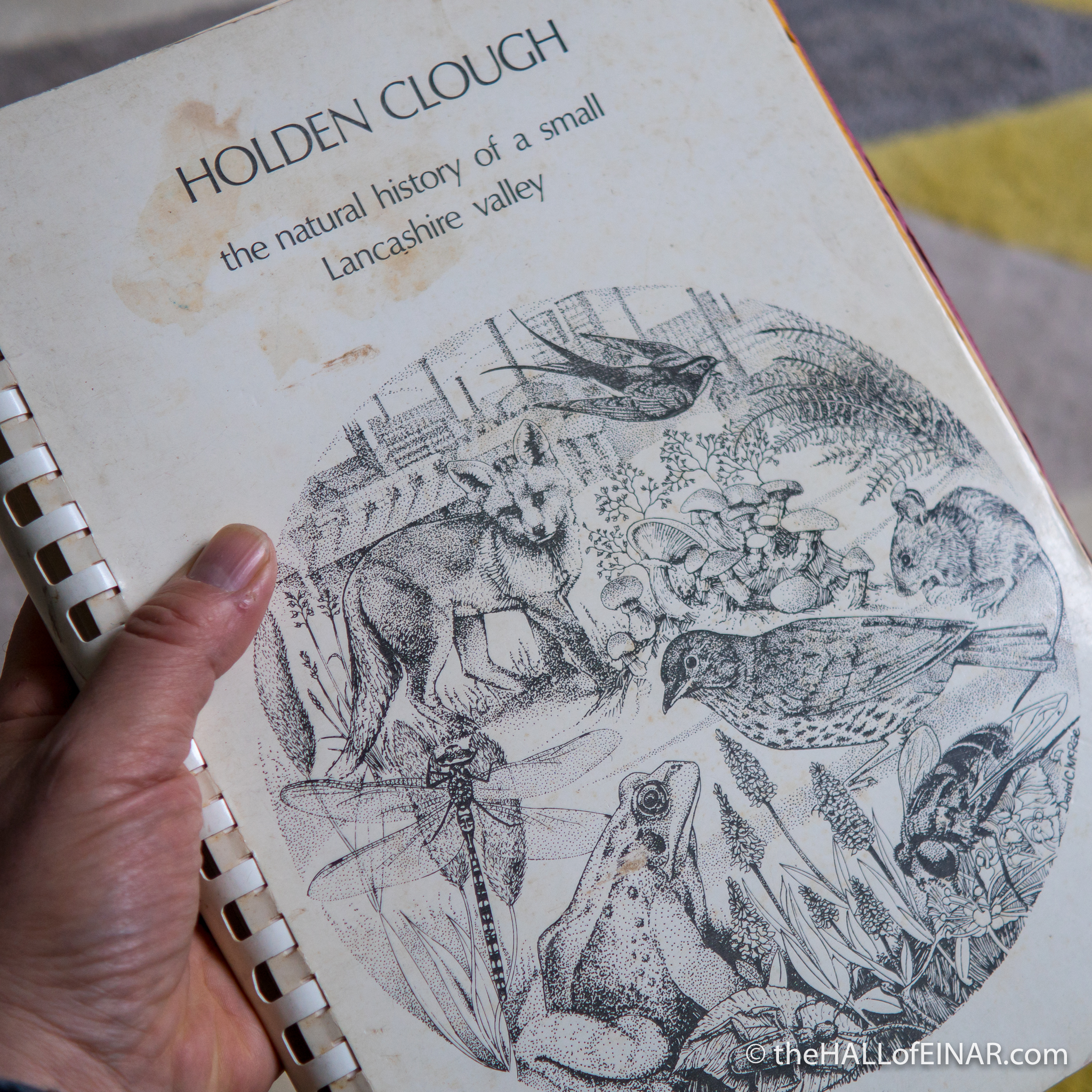 Things have changed since 1971: it’s now in Greater Manchester and not in Lancashire at all.

In it is a map of the pond in Holden Clough. The pond is unrecognisable; it’s almost disappeared. The trees have spread to cover a large area of its bank and it’s been cut into two by a raised bed.

Despite that, I’m thrilled to see a mass of frogspawn in the middle of the water. Can you see it? 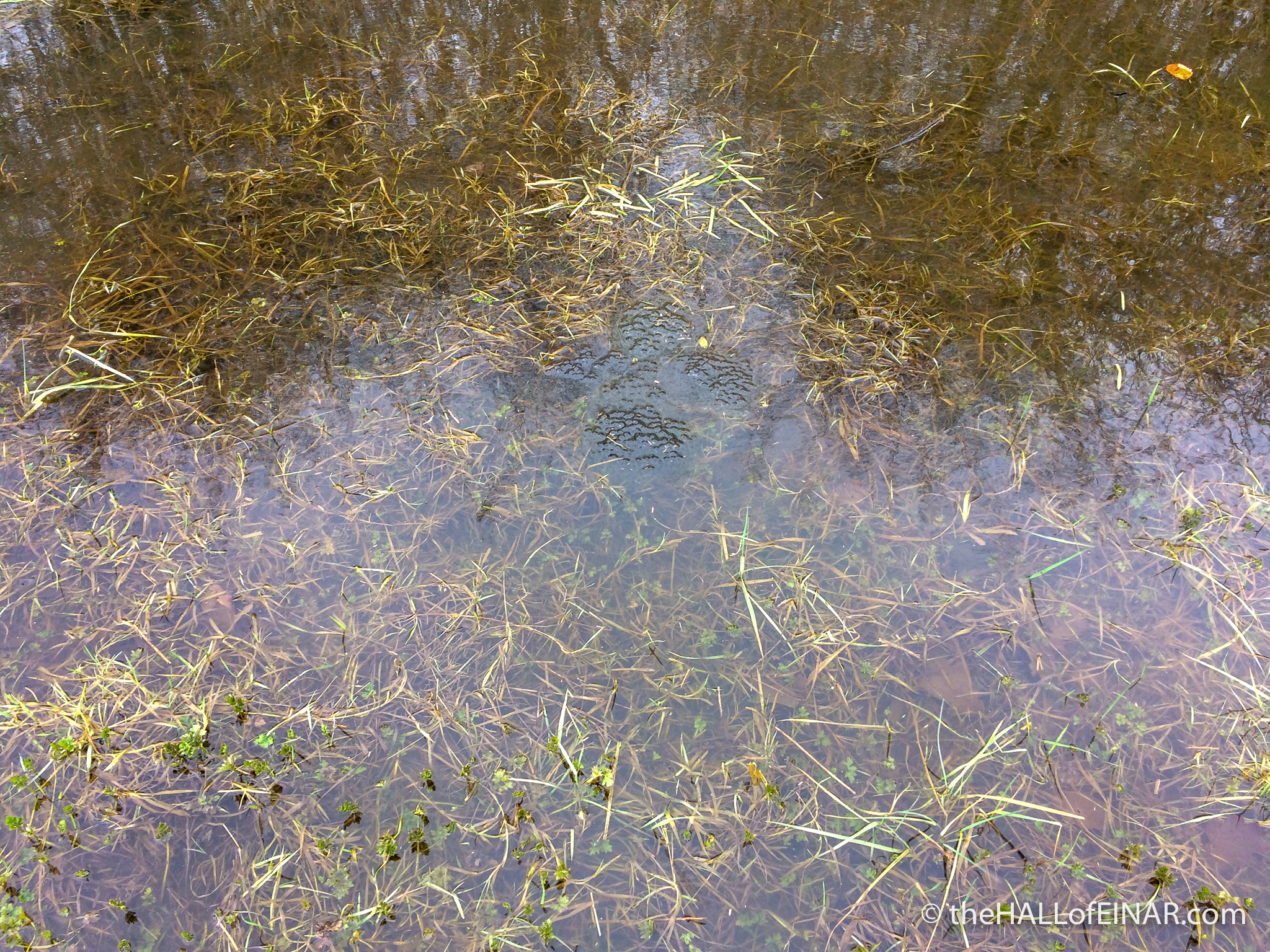 I fish some out and hold it in my hand: 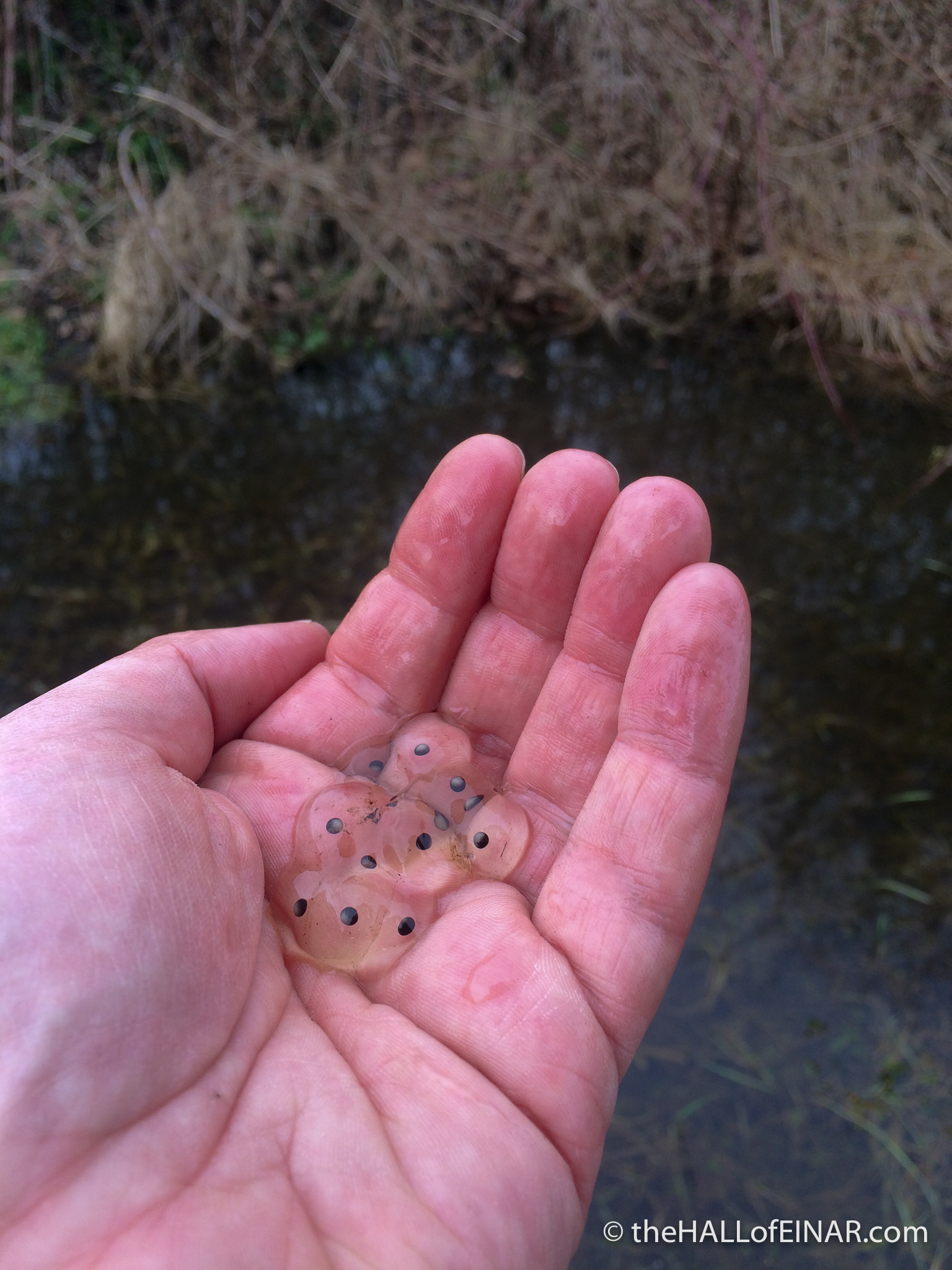 Or, should that be, I frog some out.

It looks quite fresh; there are no little tails yet. 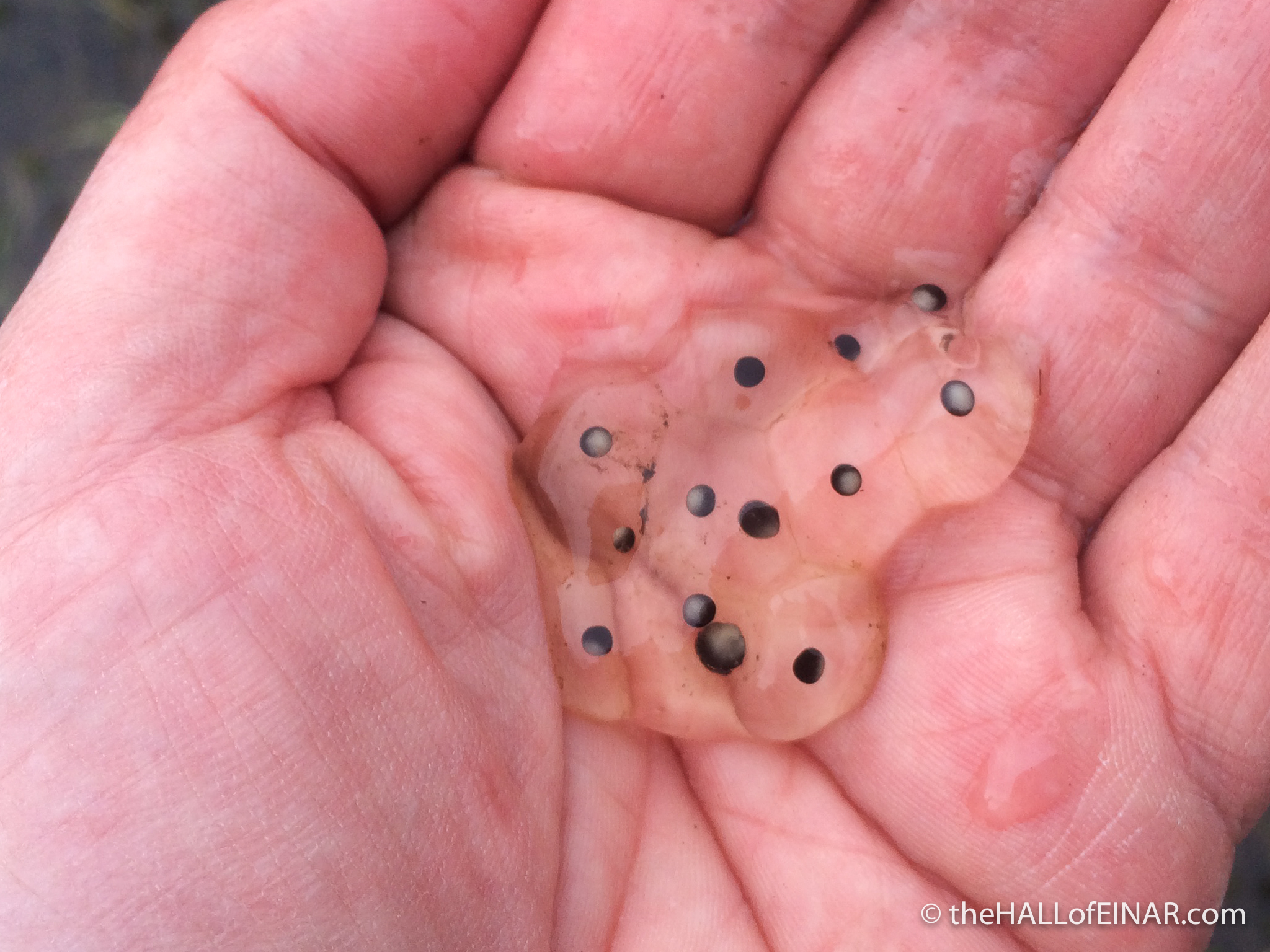 In the book it says the Common Frog, “Does not breed in the Holden Clough pond.”

The use of agricultural sprays, draining of large wetland habitats and the filling-in of small ponds have all contributed to an amphibian crisis. A document with the ridiculous title of ‘The European Community Directive on the Conservation of Natural Habitats and of Wild Fauna and Flora, Second Report by the United Kingdom under Article 17 on the implementation of the Directive from January 2001 to December 2006, Conservation status assessment for: S1213: Rana temporaria – Common frog’ says “Since the 1800s, there are thought to have been massive declines and, based on expert opinion, current numbers probably represent just 60% of the historic population.” The report is here. The reasons for the decline?

Those are all ways of saying we are destroying their environment so they have nowhere to live.

Common frogs face a crisis. The biggest crisis of all, though, would be if today’s children didn’t care.