The law on who owns what land isn’t as simple as you might think. Living in a country with a name like the United Kingdom of Great Britain and Northern Ireland I suppose I shouldn’t really be surprised we’ve got a complicated history of laws. In most of the UK, landowners at the seaside can only own land up to the high tide mark. Below that? Well, below that it’s ‘The Crown’ who owns it.

In Orkney things are different because the law comes from Norse influence, from Scandinavia a thousand years ago. Orcadians with land own it right down the foreshore as far as the lowest astronomical tide; that’s as far as the water ever goes out. You’d think that would make little difference. It doesn’t, at least not until you want to lay underwater cables or pipelines. With wind turbines for electricity and Flotta oil terminal for North Sea oil, in Orkney you need the landowner’s permission to put anything on their piece of shore.

On Westray the fields are partitioned with posts and barbed wire. Many of these go right out to sea, secured to concrete bollards on rocky beaches, hidden by the water at high tide. 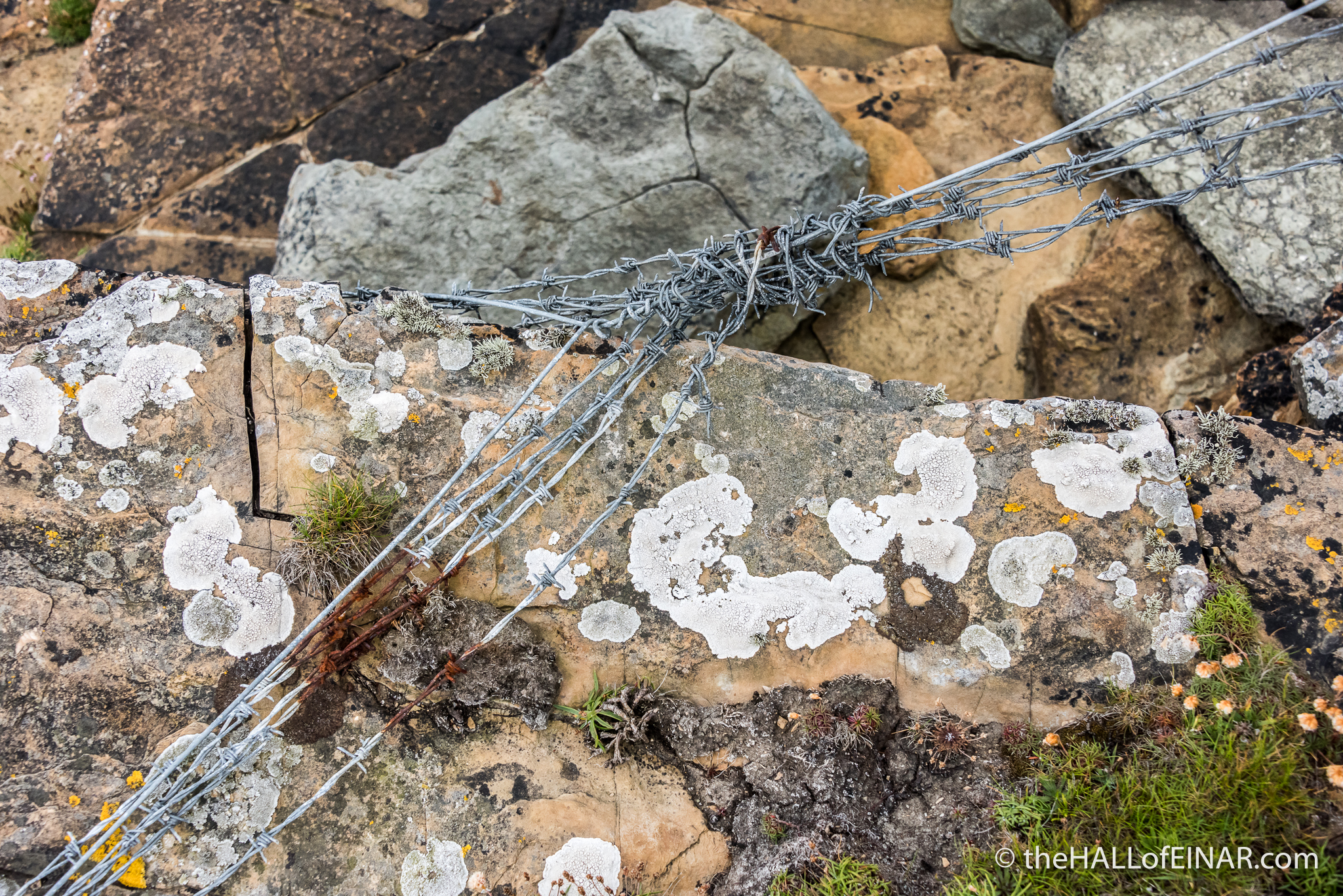 For me, it’s a clear signal which says, “What’s mine is mine and not The Crown’s”, but I suspect the real reason is because cattle and sheep love wandering along the beach at low tide and easily get lost, trapped or washed away.