The alarm went off an hour before dawn. Ten minutes later the second alarm went off; after all, I know what I’m like. We ate the breakfast left out for us and then collected the key to the Lago di Alviano nature reserve from the bar. It was my birthday and we were out to catch a glimpse of the Imp of the Forest; the Red Squirrel.

The tiny wooden shacks would have been too small to park a bicycle in, yet three people crammed in to each, peering through camouflage nets at the forest floor. Wonderful birds came and went but there were no signs of any Squirrels.

Then I saw a furry black tail in the distance. “Scoiattolo!” I heard someone say. A black Forest Imp came scuttling through the undergrowth, stopped to check the all-clear and then bounded forward some more.

I heard the scratching of feet and then there it was; the Imp of the Forest: 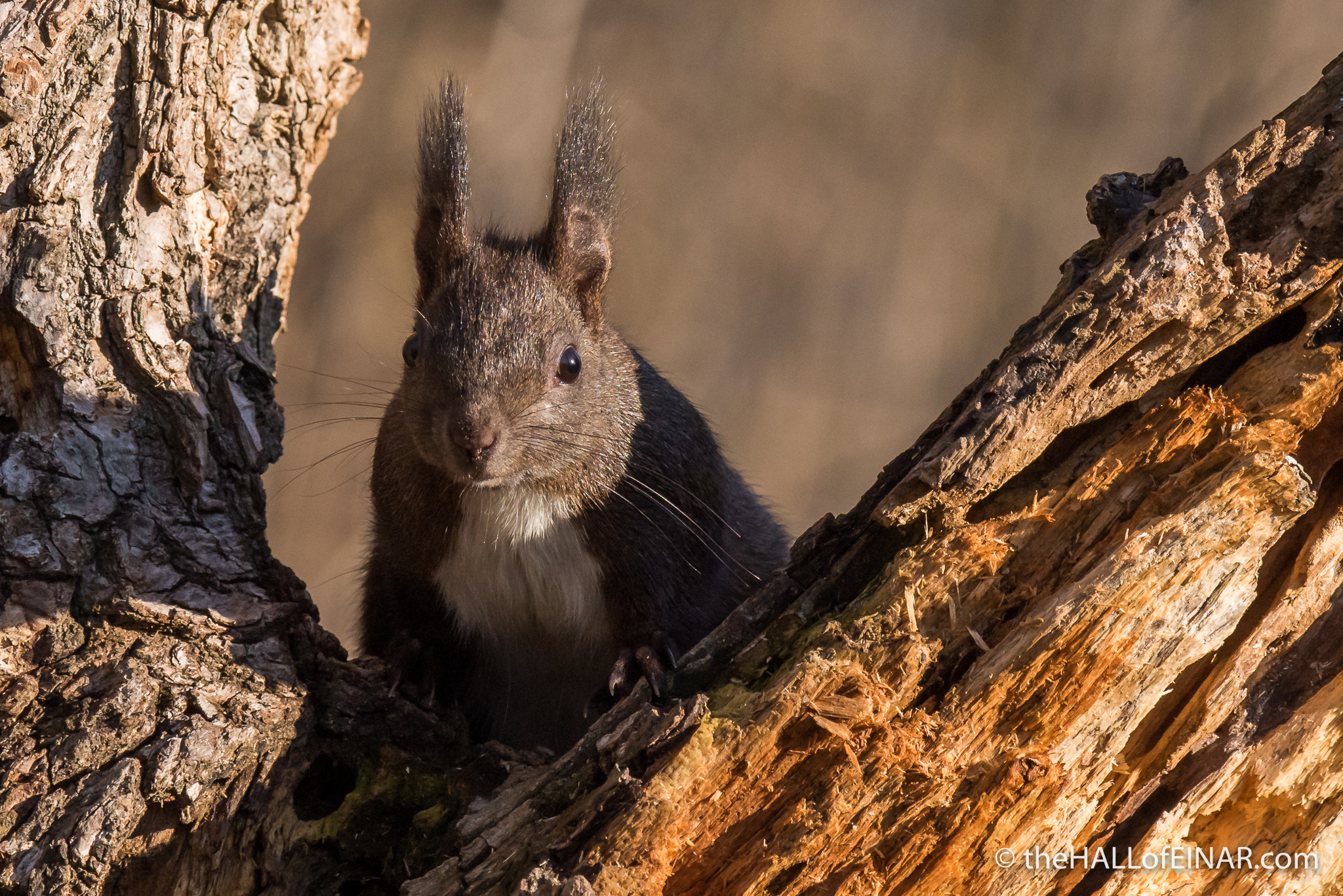 I had no idea that the ears of Red Squirrels would be so tufty that they would look like their ears had wings: 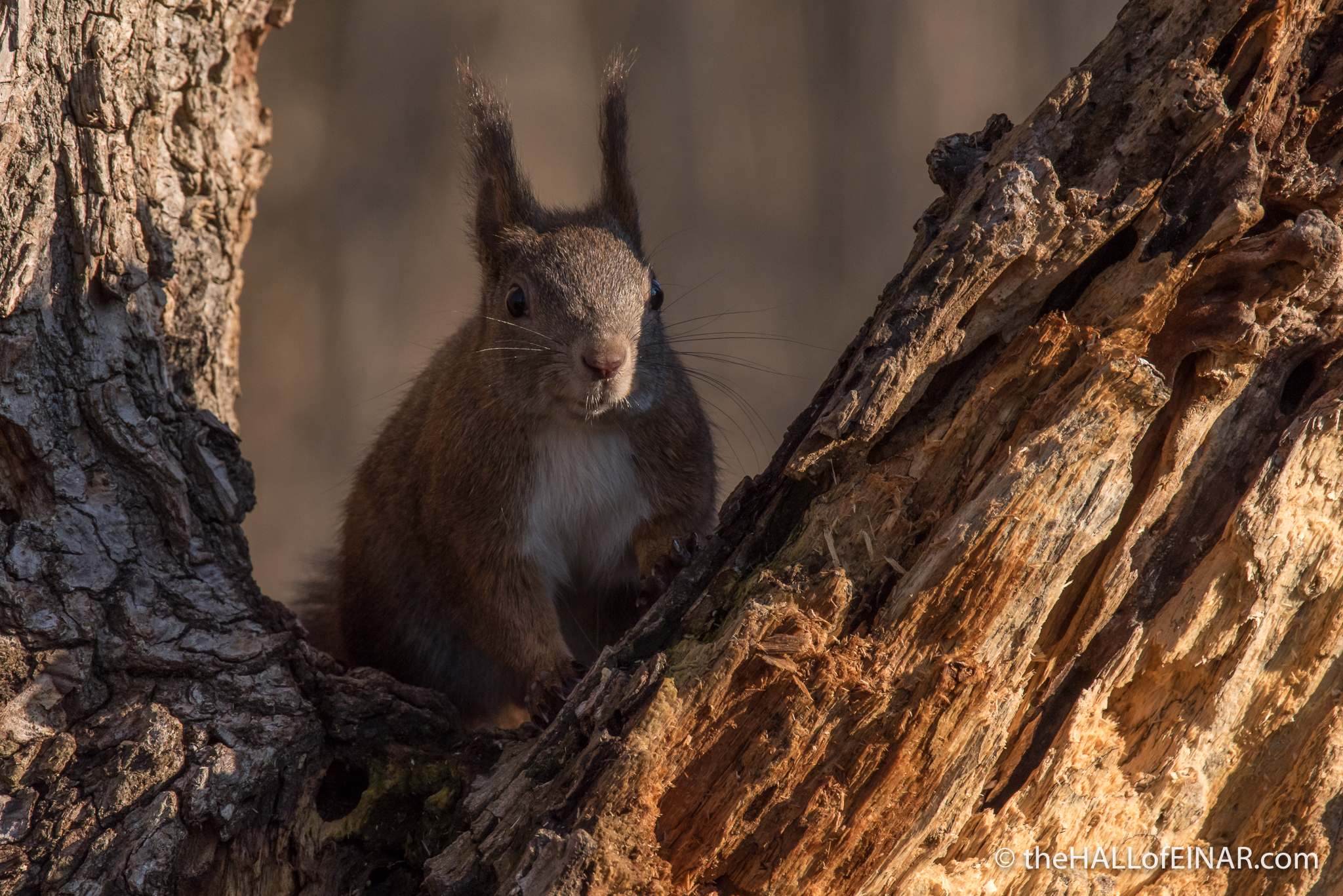 They are very beautiful: 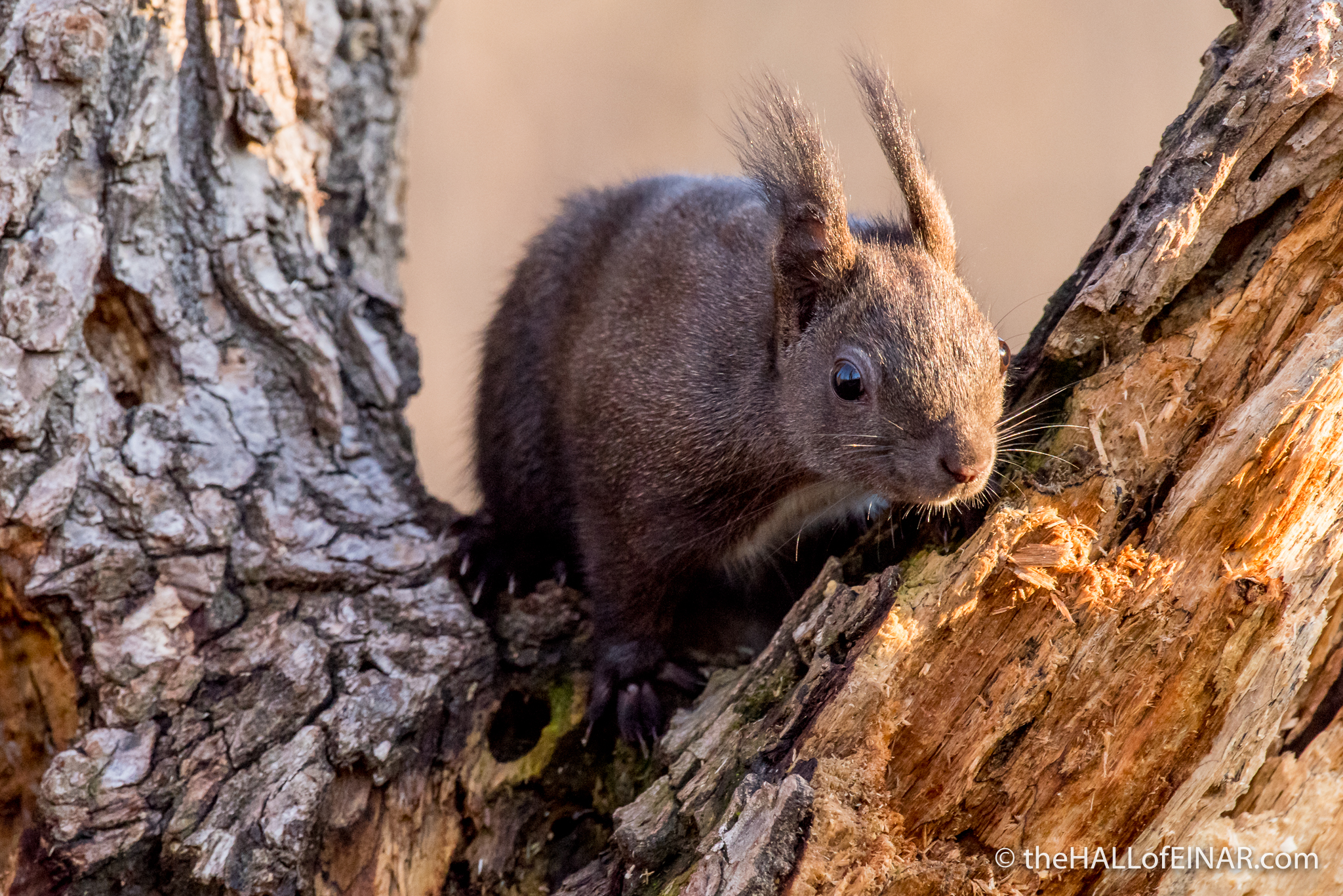 Red Squirrels are not just red either. As we waited, I saw another black tail approach and was surprised to see an entirely black Red Squirrel approaching:

They, like me, are addicted to fresh walnuts. Unlike me they have the teeth to get into them. Red Squirrels come prepared with a sharp set of nutcrackers already provided: 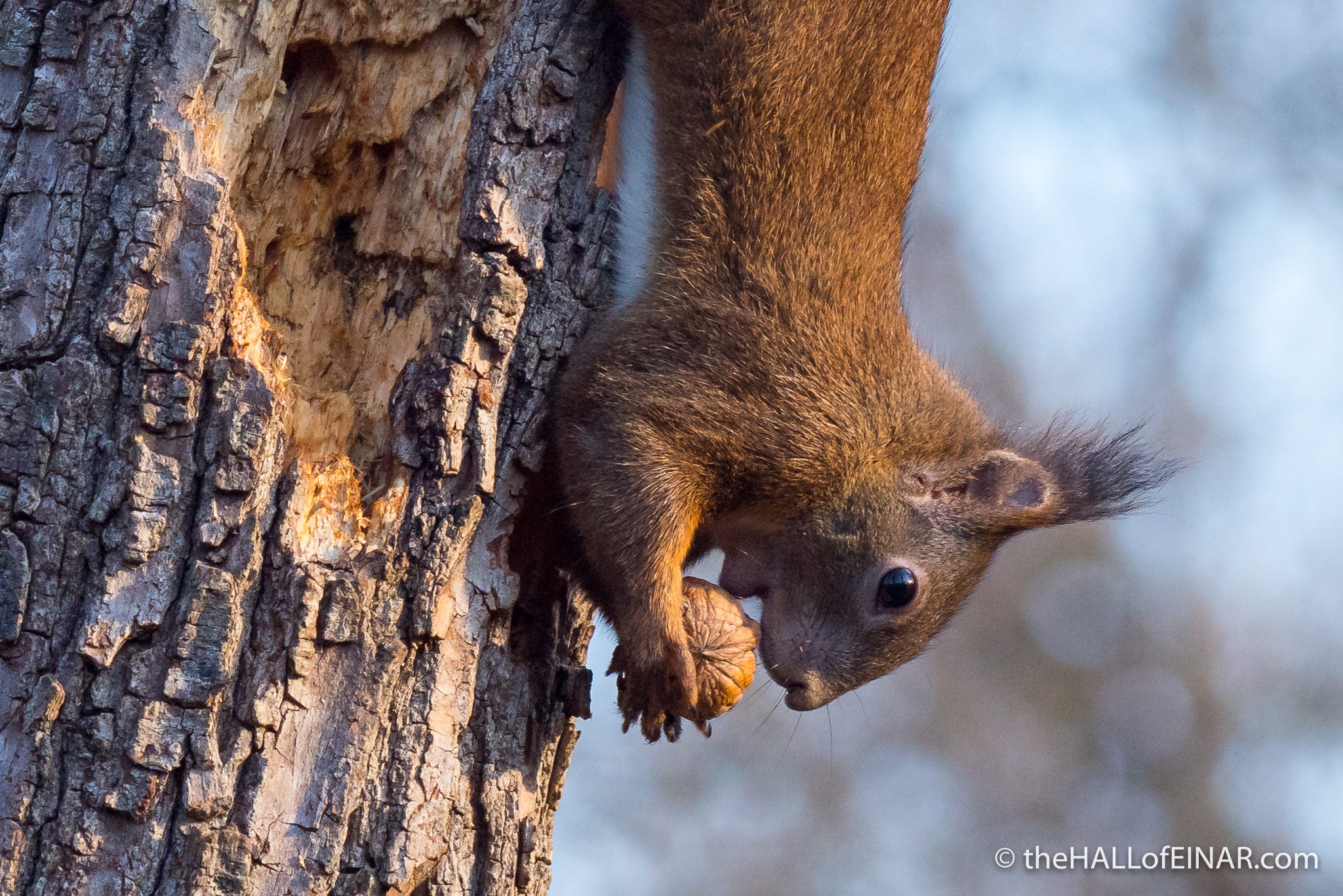 They are agile beyond imagination:

These Red Squirrels in Italy are the same species we have in the UK; Sciurus vulgaris.

Who wouldn’t love an Imp of the Forest like this? 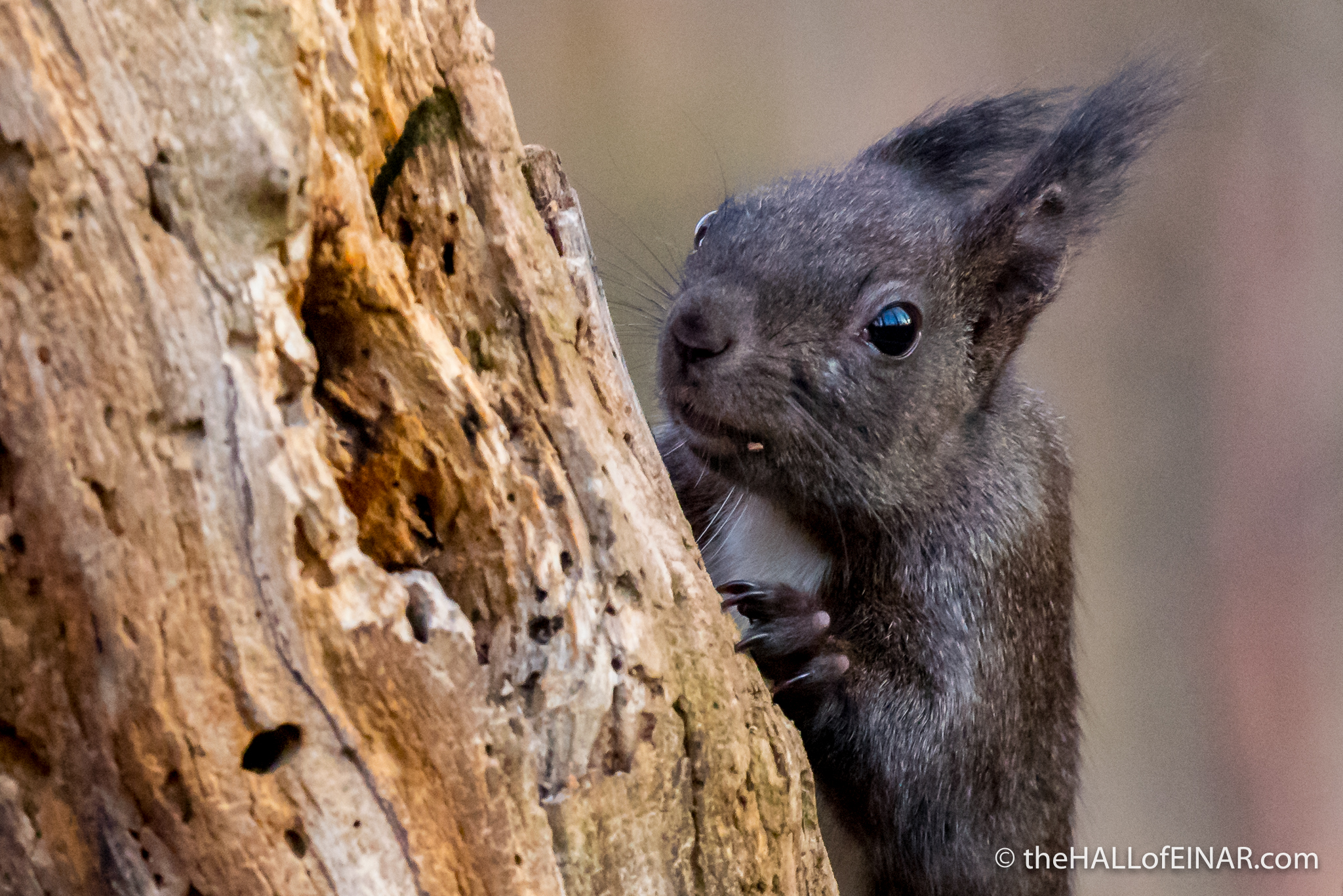 Back in the UK it’s late after my flight and drive home and I need some milk for a cup of tea. At the local shop I stop to look at the front page of the Western Morning News. On it there is a photograph of a Red Squirrel from an enclosure just a few miles from home in Devon. I’ve been all the way to Italy and I could have seen them on my doorstep; without the early alarm. Somehow I don’t think it would have been quite the same adventure.

3 Responses to "The Imp of the Forest"