Here’s the most wonderful fungus growing on a decaying slime mould growing on a piece of tree bark smaller than my finger nail: 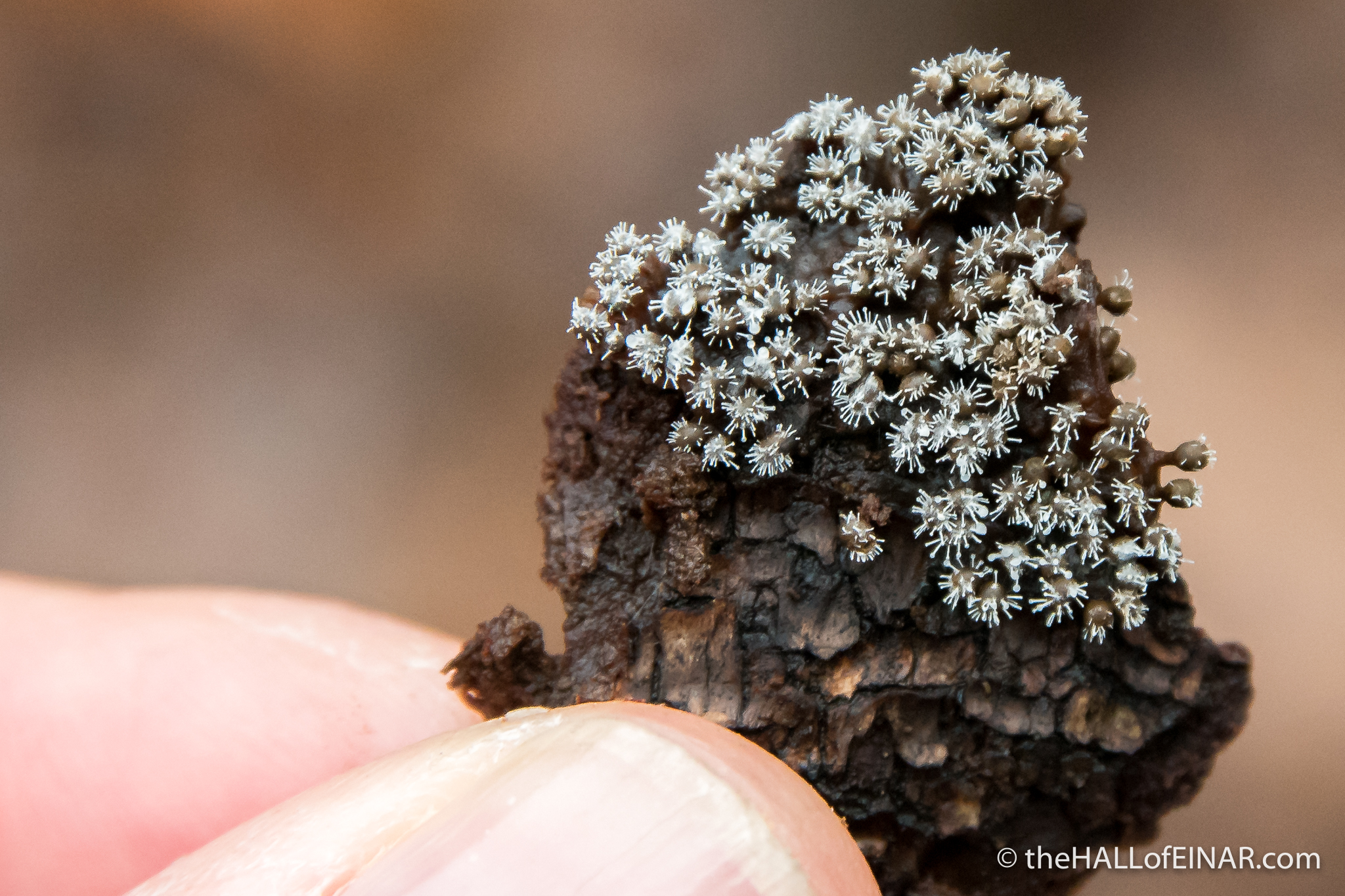 All life is named using a naming system, a nomenclature, which involves multiple stages. Carl Linnæus was the person who created this system in 1735 and spent his life refining it. He had three kingdoms, Animals, Plants and Minerals. We’ve come a long way since then, first with microscopes, then electron microscopes and now DNA analysis.

Firstly, this fungus is part of the Kingdom of Fungi.

The Kingdom of Fungi includes all mushrooms, yeasts, molds, rusts, smuts, puffballs and truffles. Fungi all digest their food outside their bodies by secreting their digestive juices and then absorbing the remaining soup through their cell walls. Their cell walls are made of chitin, the same compound that makes the external skeleton of insects. Fungi have had a billion years of separate history from plants and animals. There are over 70,000 species. Welcome to the wonders of life on Earth. Incredible, isn’t it?

Ascus means sack or wineskin. It refers to the microscopic sexual structure, the sack, in which the fungal spores are produced. Brewer’s yeast, baker’s yeast and over 64,000 other species exist. They don’t include the traditional ‘mushrooms’; they are basidiomycota and not ascomycota.

There are 28 orders, 90 families and 1,344 genera of Sorariomycetes. They grow in soil, dung, leaf litter and decaying wood and are parasites of other fungi and diseases of insects, plants and people. They are incredibly important in recycling nutrients. Just imagine the amount of digestive juices that fungi must be exuding every day to digest all the dead leaves, dead wood, dead animals and dung in the world. Actually, can you make sure you’re not eating when you do that? They are one of the main ways in which life on Earth is sustainable.

The Order Hypocreales has seven families, 237 genera and 2,647 species. Are you beginning to get the impression that there are more fungal species than fungal experts, that many are microscopic, that we know hardly anything about them and that they are very important to life and death on planet earth? Bread, blue cheese, athletes’ foot, beer; in fact, all of my hobbies, rely on fungi.

This is where my research ends. The species. I can find out no more about this tiny fungus.

My fellow members of the Devon Fungus Group were similarly fascinated:

I wonder what the collective noun for a group of fungus experts is?