There are only a few fungi which are bright purple and this is one of them, the Violet Webcap, Cortinarius violaceus: 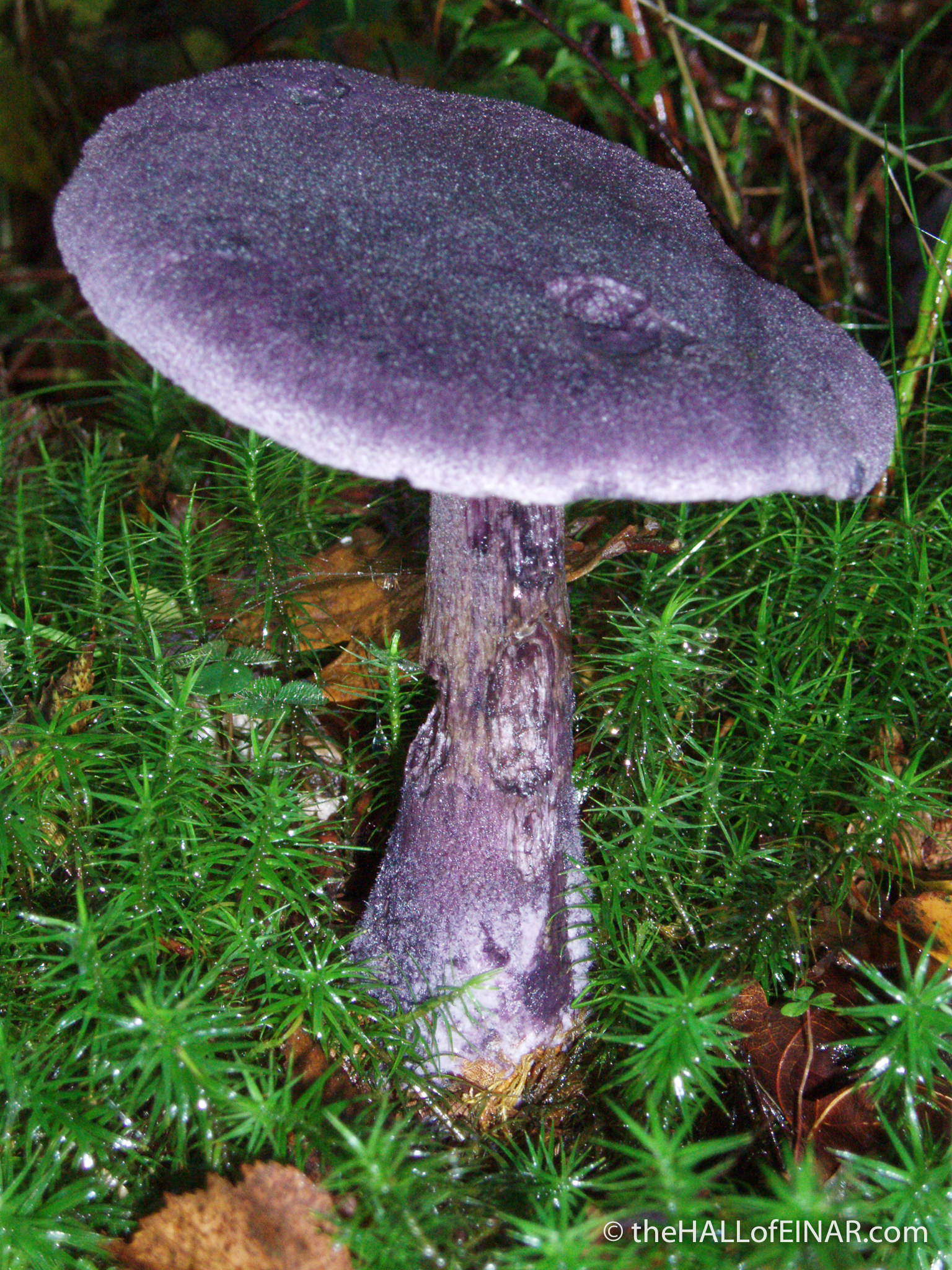 It’s another one from my archive; this time from Houndtor Woods in Devon in 2005. 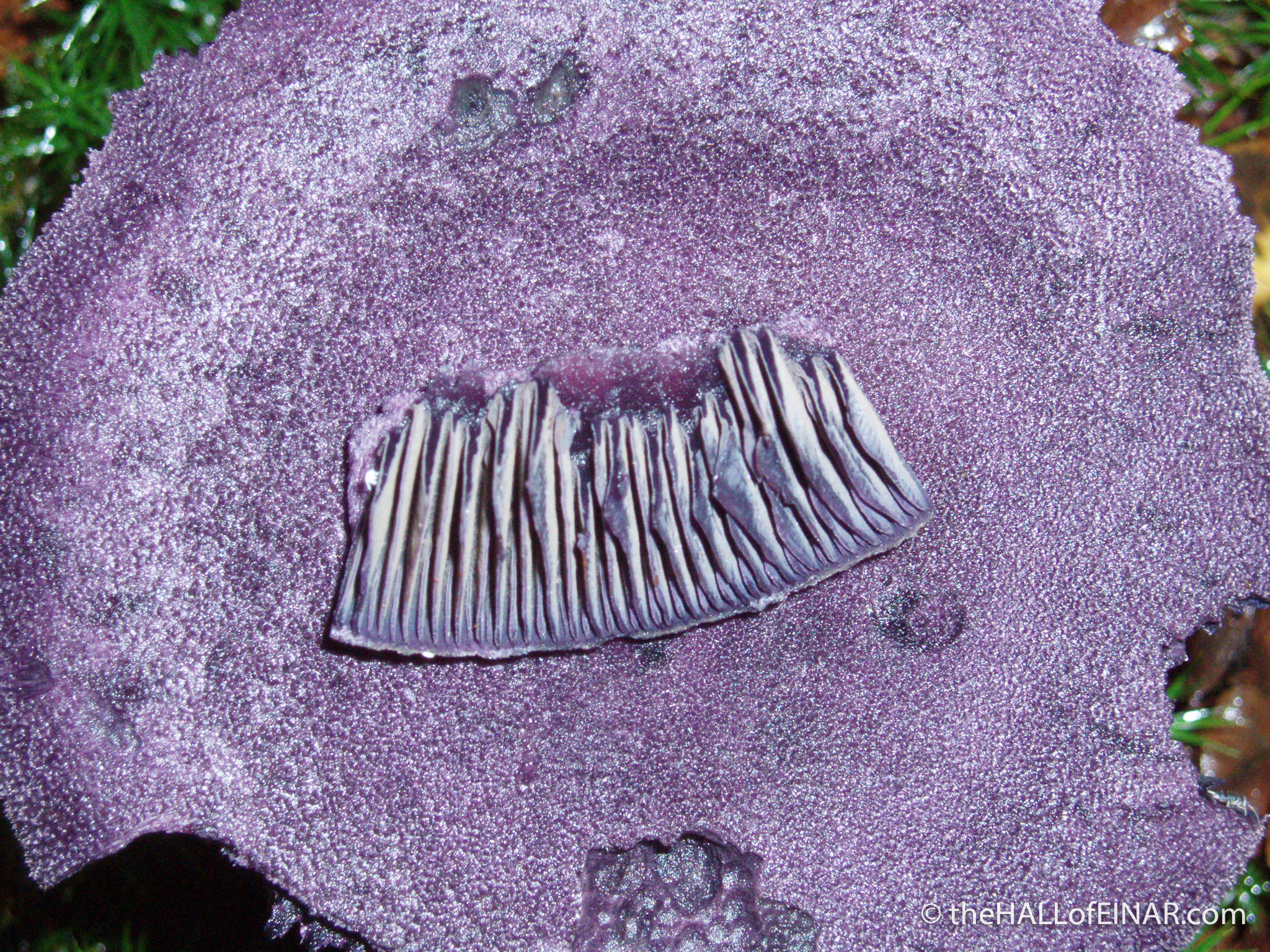 Here it is mentioned in Samuel Frederick Gray’s A natural arrangement of British plants: according to their relations to each other as pointed out by Jussieu, De Candolle, Brown, &c from 1821 where it’s called the Violet Curtain-Stool:

If it were more common I’m sure it would have many more folk names.

The International Mycological Association (yes, there is such a thing) has an old illustration of it: 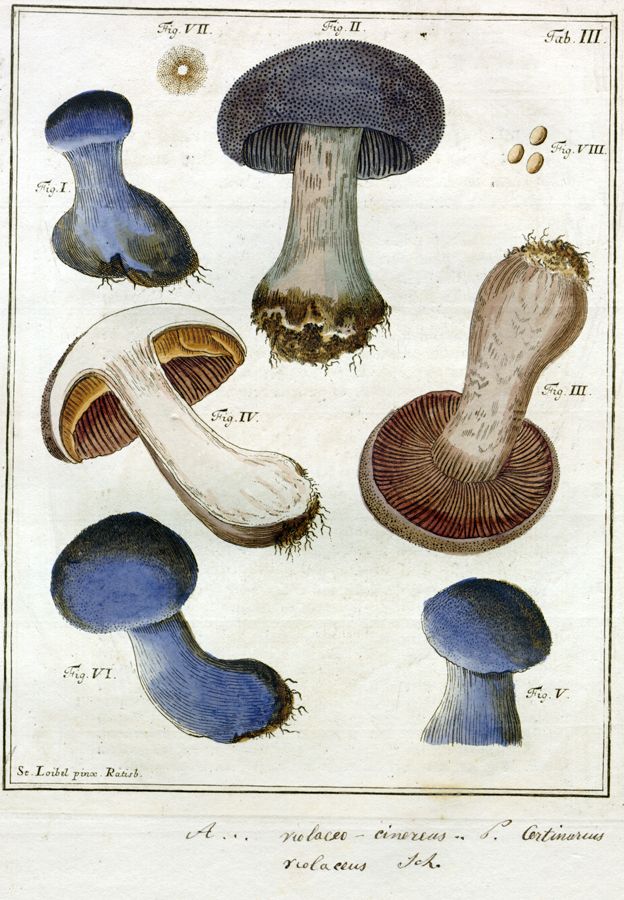 My various mushroom books say it is ‘endangered’, ‘rare’, ‘not uncommon’ or not even mentioned. That’s clear then.

In my 1930s copy of British Fungi and How to Identify Them by JH Crabtree it shows Cortinarius violaceus with a deeply unhelpful black and white photograph: 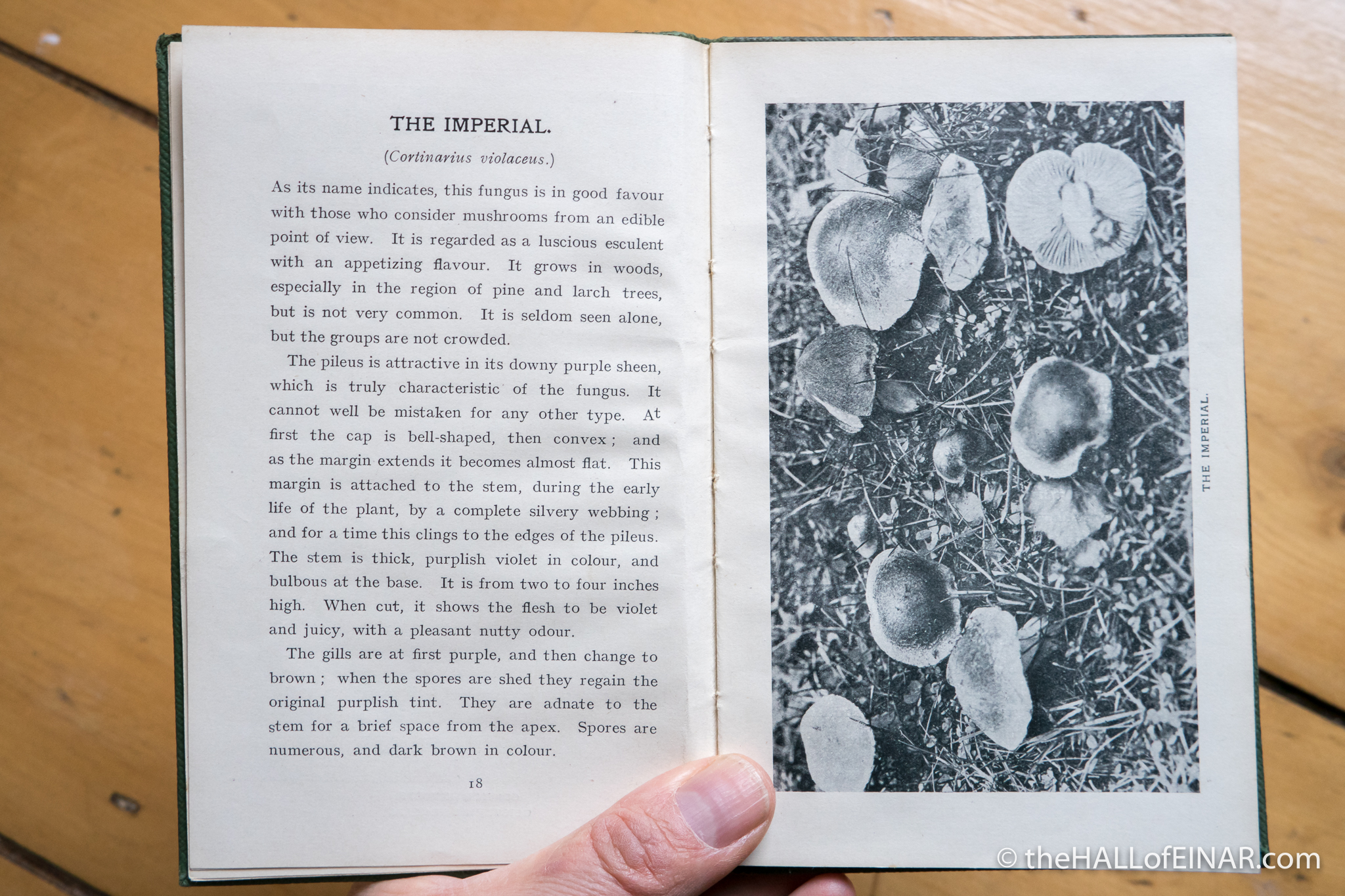 The book says, “As its name indicates, this fungus is in good favour with those who consider mushrooms from an edible point of view. It is regarded as a luscious esculent with an appetising flavour.” Crabtree calls it ‘The Imperial’. I suspect that the name is because of the imperial purple colour and not the flavour. Nowadays it is described as ‘bitter’, ‘no discernible taste’ and ‘too easily confused with other toxic or poisonous Cortinarius species’. Times have changed.

One Response to "Violet Webcap"