Would you expect the Japanese workers who grow Enokitake mushrooms to have lower rates of cancer deaths than the general population? That’s what the research* says.

Enokitake are a form of Velvet Shank fungus, Flammulina velutipes. It’s a fungus I found before I was a teenager and drew and wrote about in my nature notebooks. Now, forty years later, here I am finding, photographing and blogging about them:

Velvet Shank – forty years ago in my nature notebooks

Today I’m back in exactly the same spot on the River Teign in Devon where I found them last year; and here they are, reliable as ever: 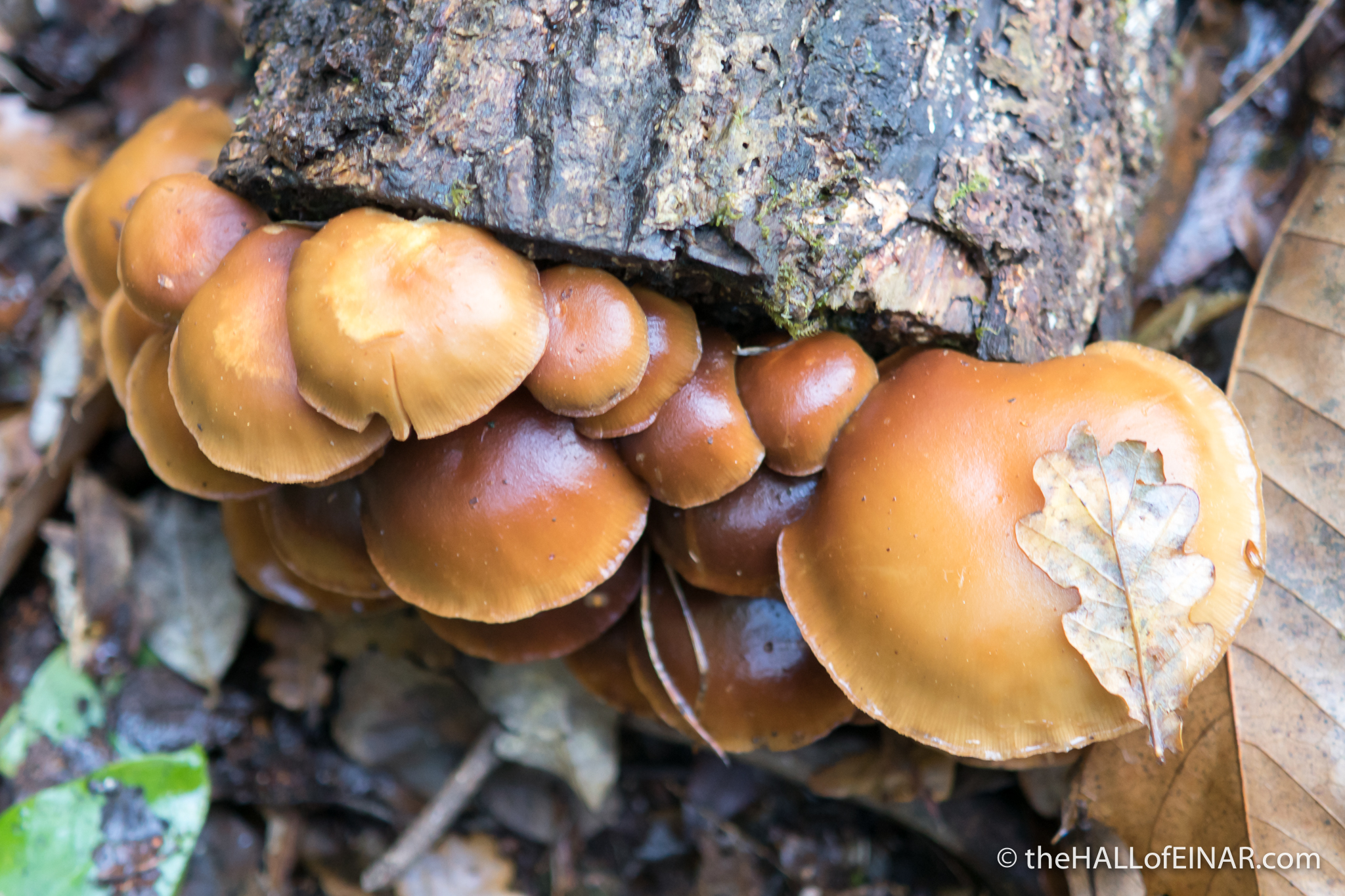 Their rich orange caps and deep velvety purple stems are a joy in the short winter days. Flammulina means ‘little flame’ which is exactly what they seem like. Here’s an illustration of them from 1797 from Coloured Figures of English Mushrooms or Fungi by James Sowerby: 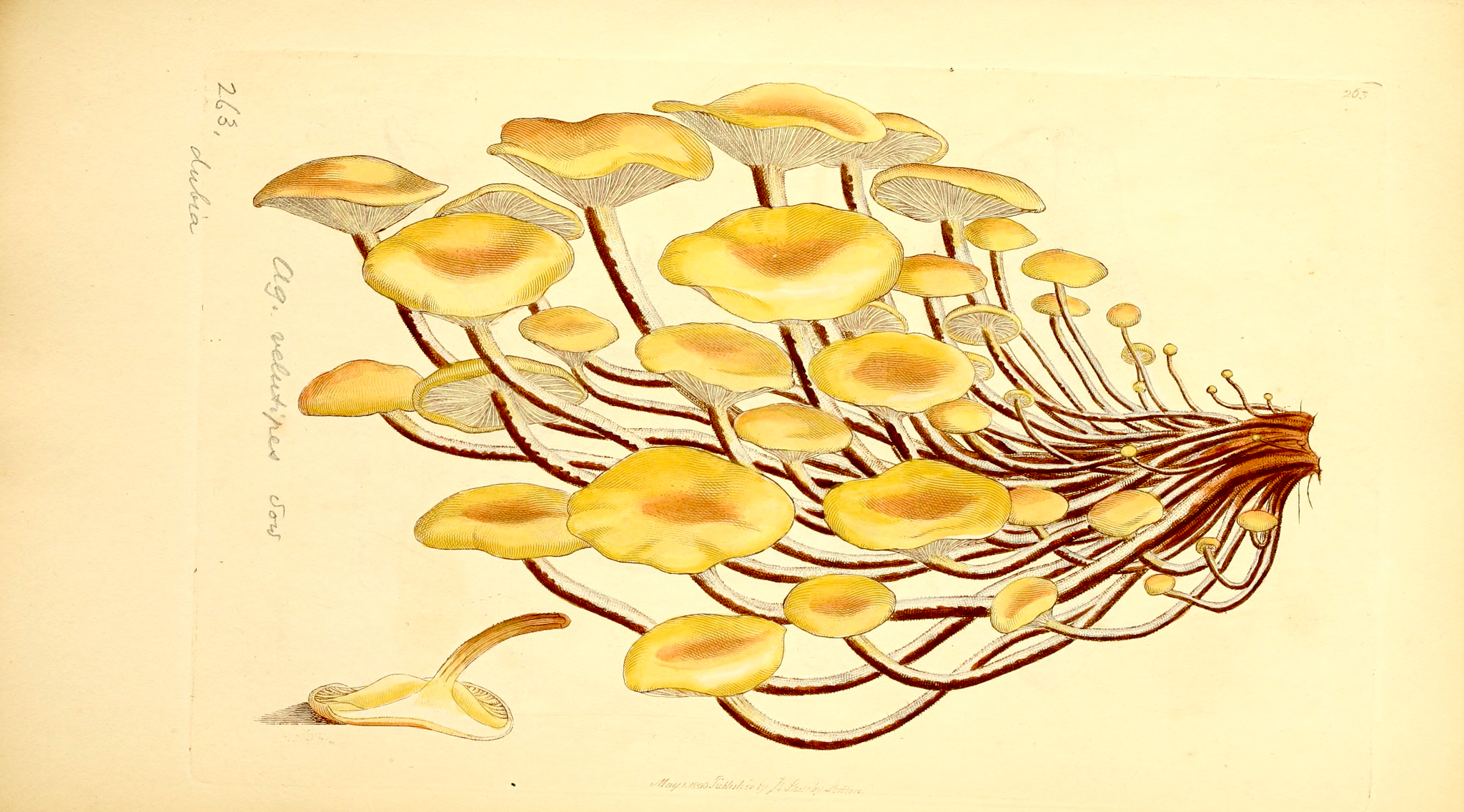 It’s over 200 years since these etchings were hand coloured and they still look perfect: 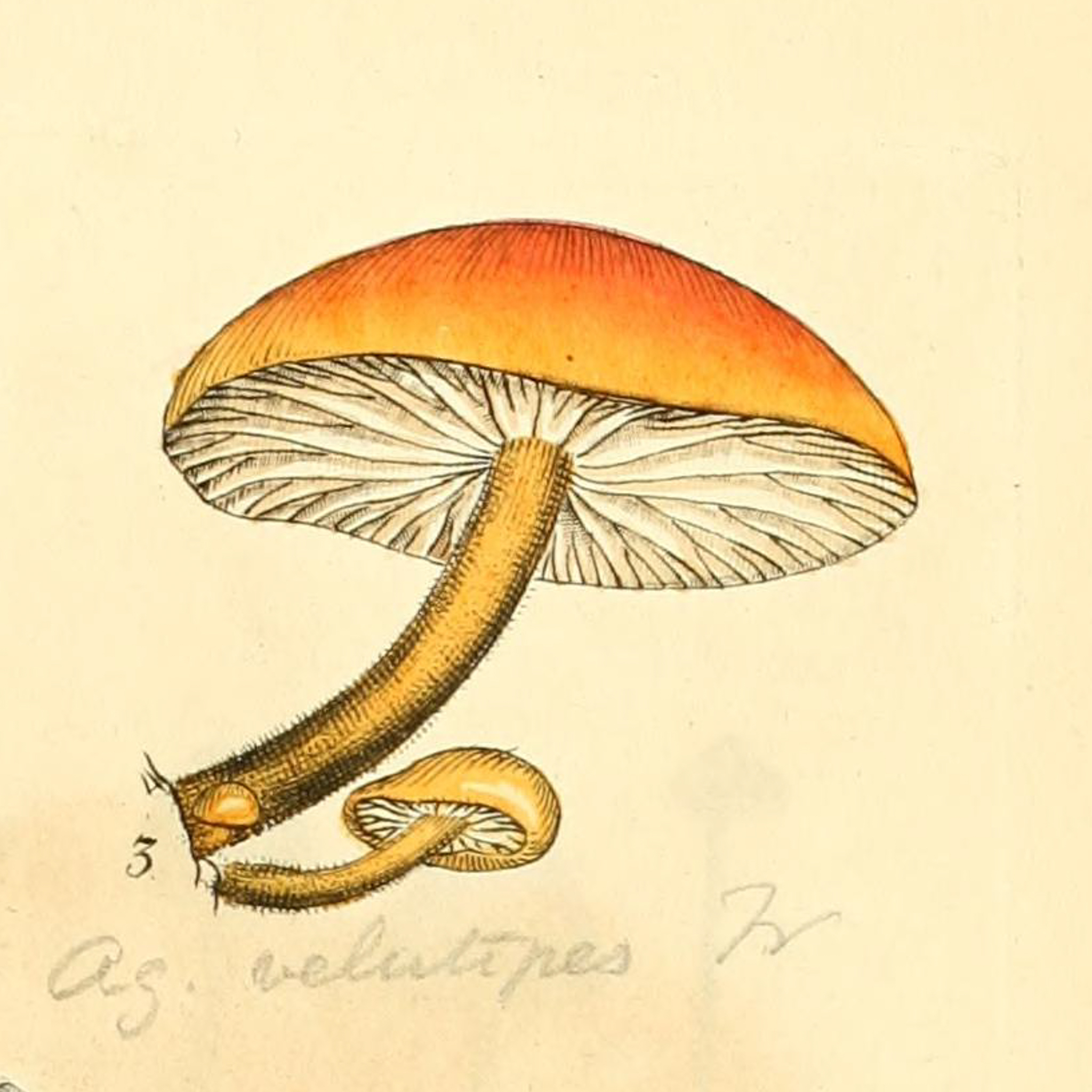 Maybe I should try them in an omelette?