When I was a child I kept a series of detailed nature notebooks. I also had a Daler art pad of cartridge paper and some pencil crayons and made detailed drawings of the birds I saw. Here’s a sketch of mine of a Redwing from when I was 13: 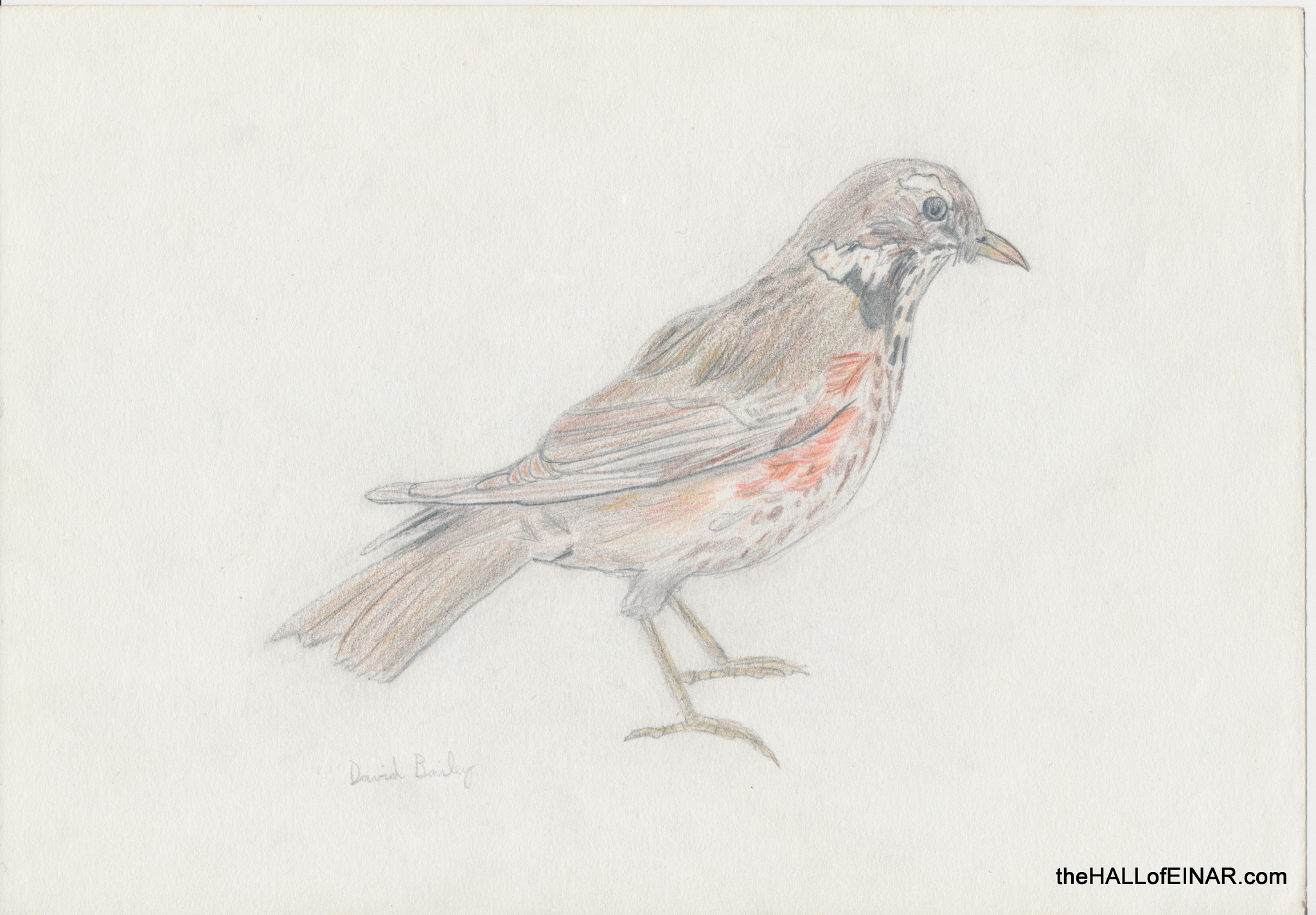 Today there’s a flock of them in a churchyard in Devon. It’s in the town centre and I’m there dressed in camouflage gear with a long lens pointed at the tops of the Yew trees. People may have looked at me strangely. I’m expecting a police presence at any moment. “Taking photographs is not a crime”, I hear myself saying inwardly. 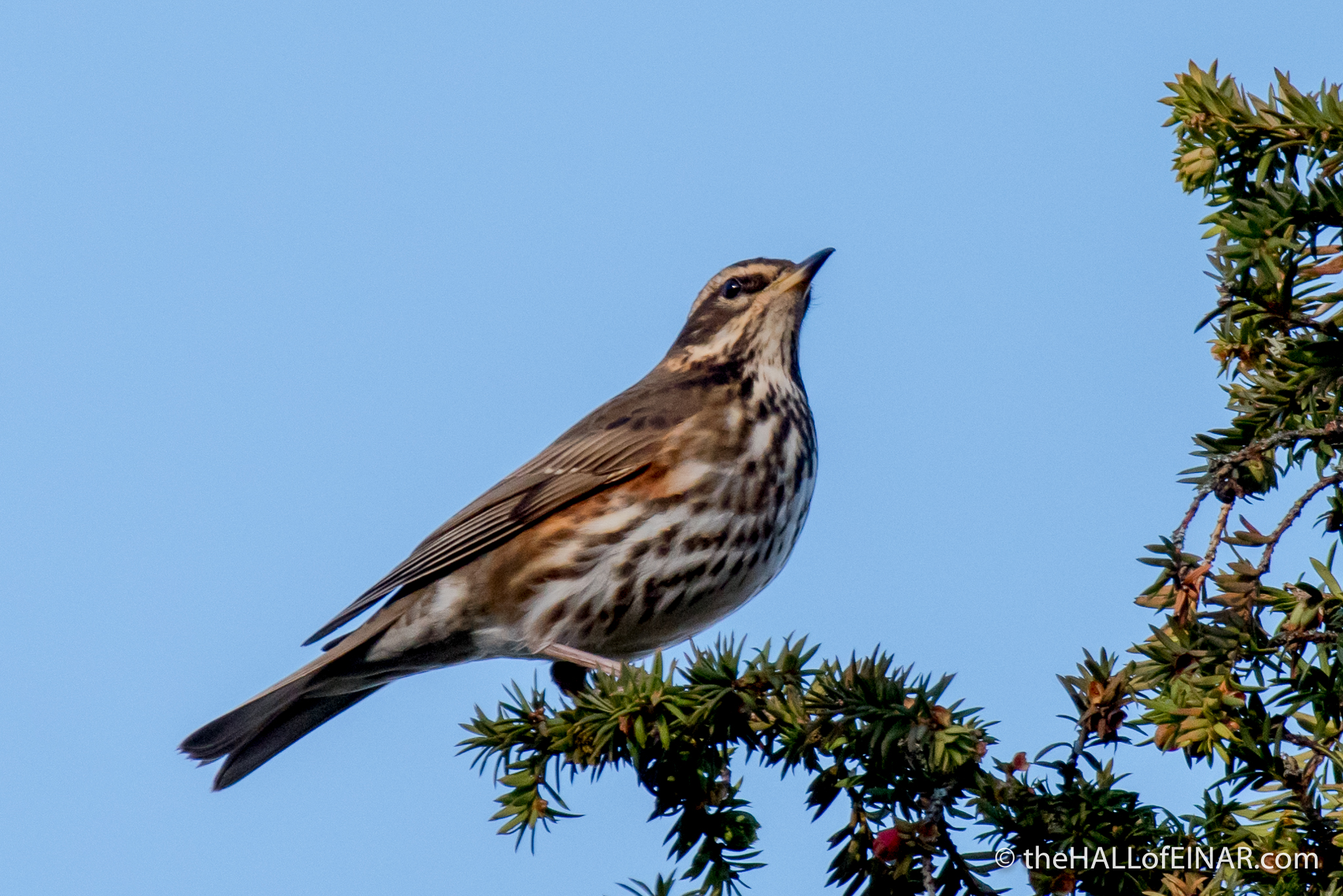 Yew berries are often thought to be deadly poisonous. That’s not true. Every part of the Yew is poisonous apart from the red berries themselves. The coating of the seed inside the berry is poisonous, as is the foliage. It doesn’t stop this Redwing from feasting though: 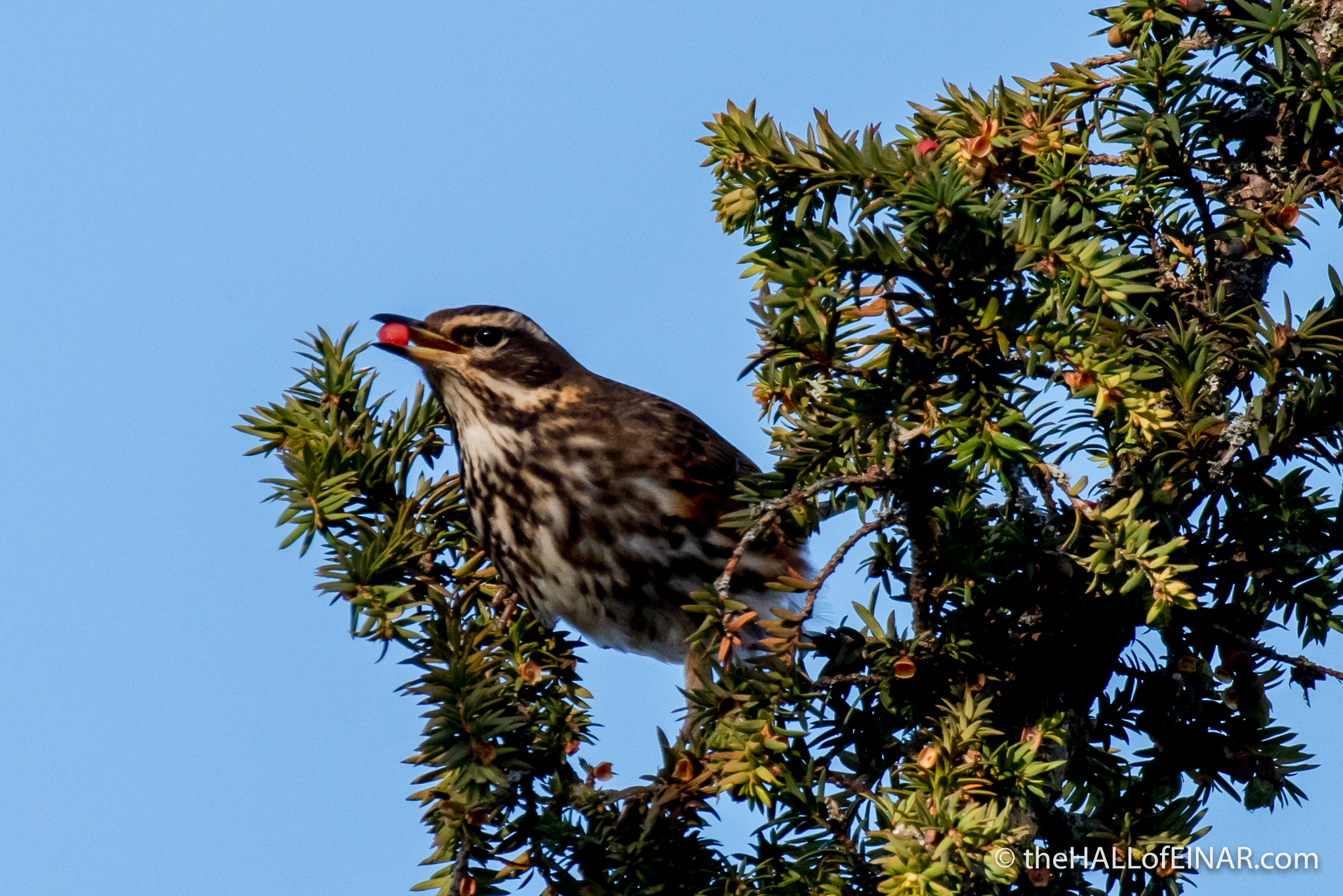 Yew is so toxic that they make ‘kill or cure’ cancer drugs from the hedge clippings. Even its pollen is toxic. 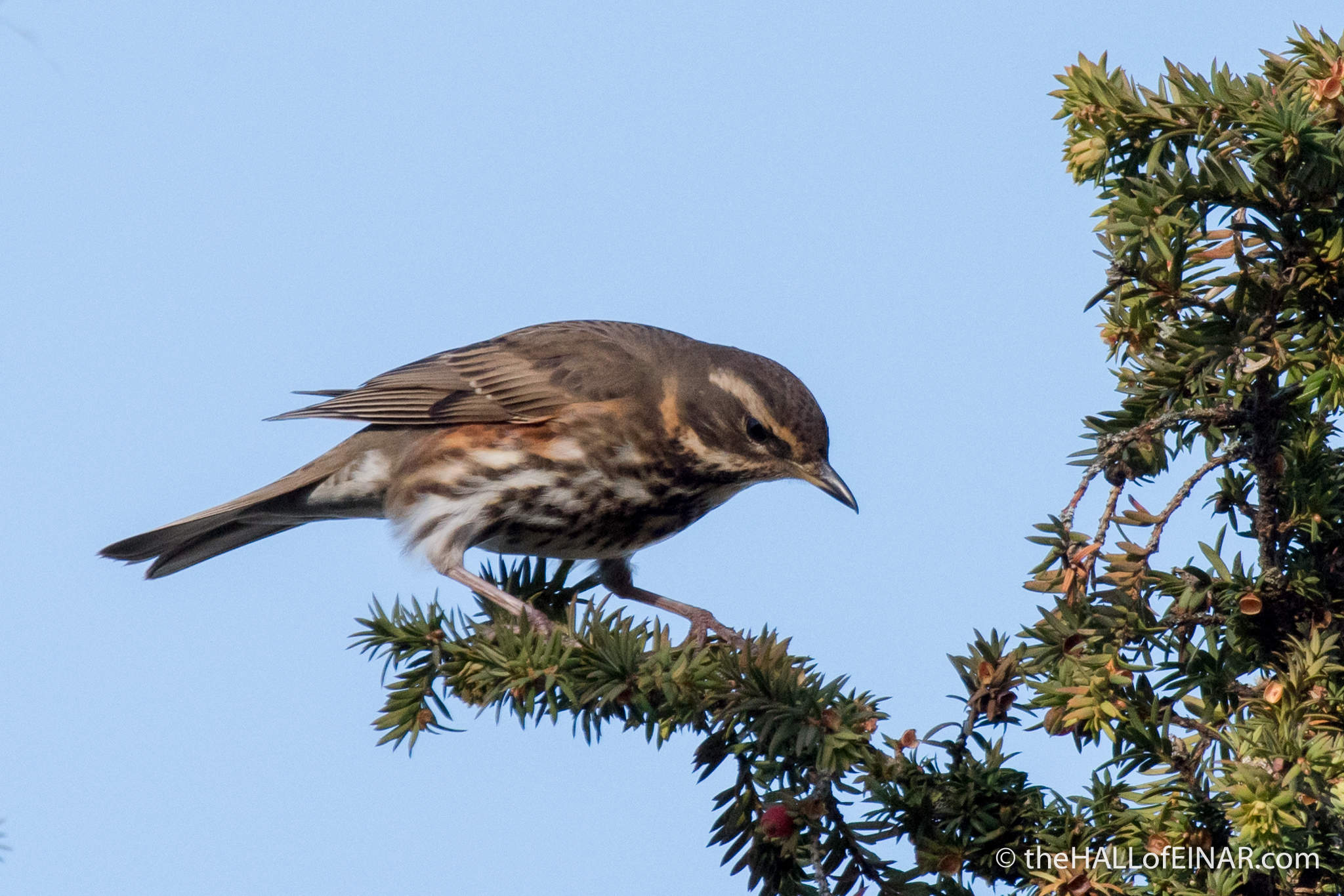 The Redwing has a very strong supercilium, its pale eyebrow, which is a distinctive feature along with the beautiful red colour under its wing: 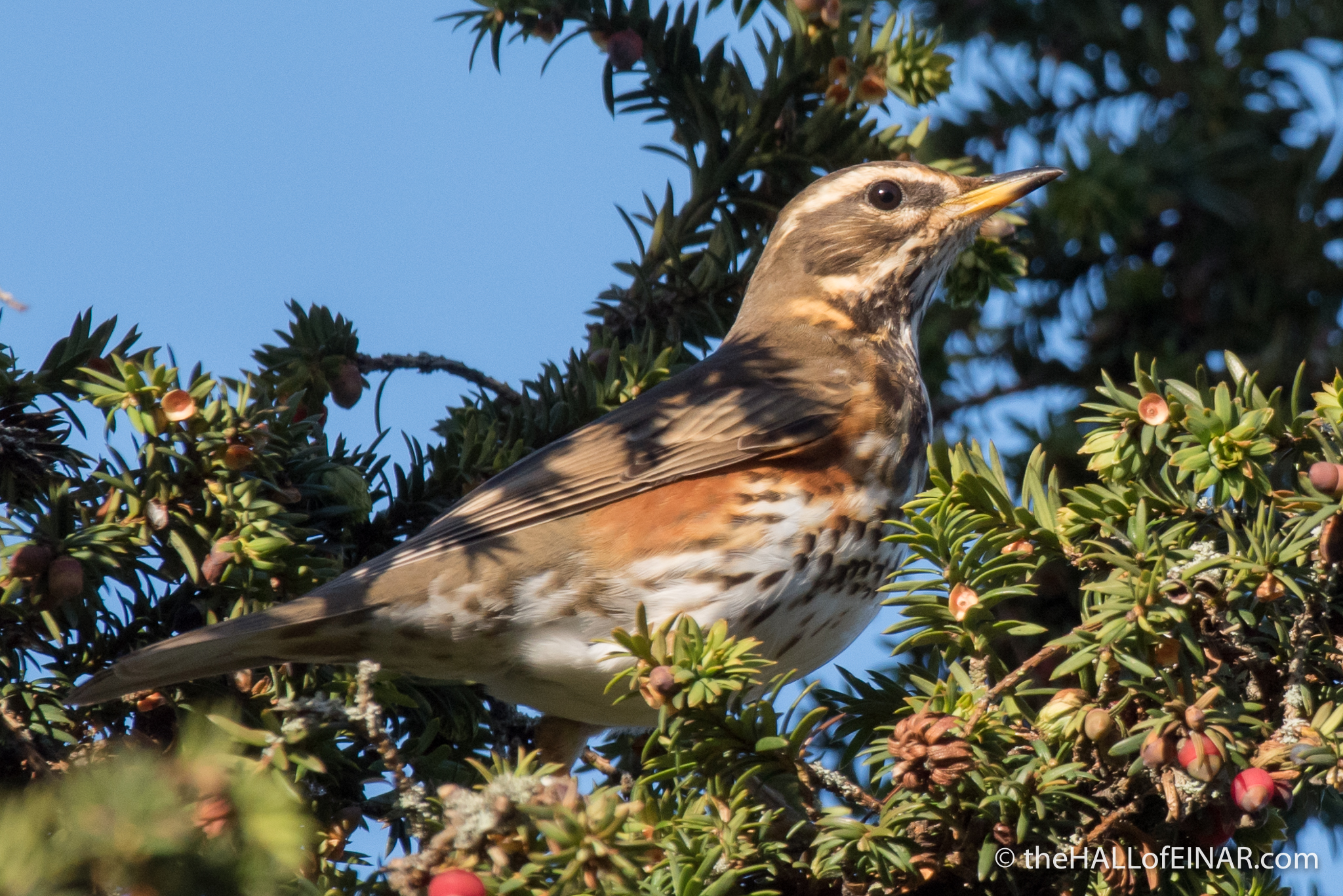 This one has had a lot of berries: 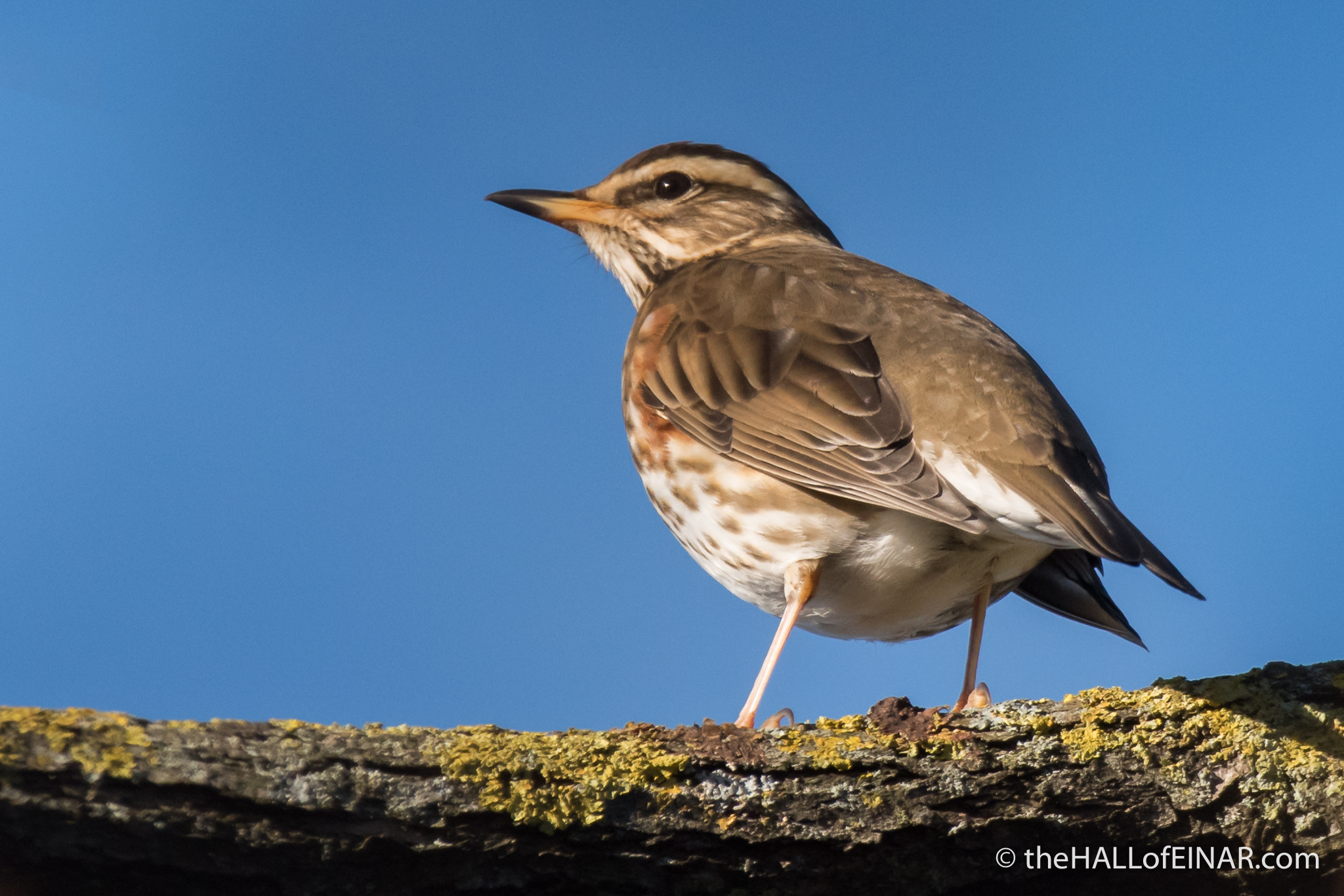 I can see why it’s migrated here.