Britain used to have vultures. Yes, real-life vultures, I’m not talking about high pressure mobile phone sellers; I’m talking about the birds. Griffon vultures were all killed and finally made extinct in Britain sometime around 1600.

British people think of vultures as exotic birds, something seen on safari, something native to Africa. Not so. Griffon Vultures Gyps fulvus were a native British species. I’ve read many discussions rationalising why Britain has no vultures; their ideas include: being outside their normal breeding range; no large expanses of arid plains; no large mountain ranges; no high summer temperatures; no large herds of herbivores heavily predated by large carnivores; no extensive open urban waste sites. All these are post-extinction-by-hunting rationalisations. All vultures need is carcasses and not to be killed.

Earlier this year we were driving through Italy in the Gran Sasso National Park: 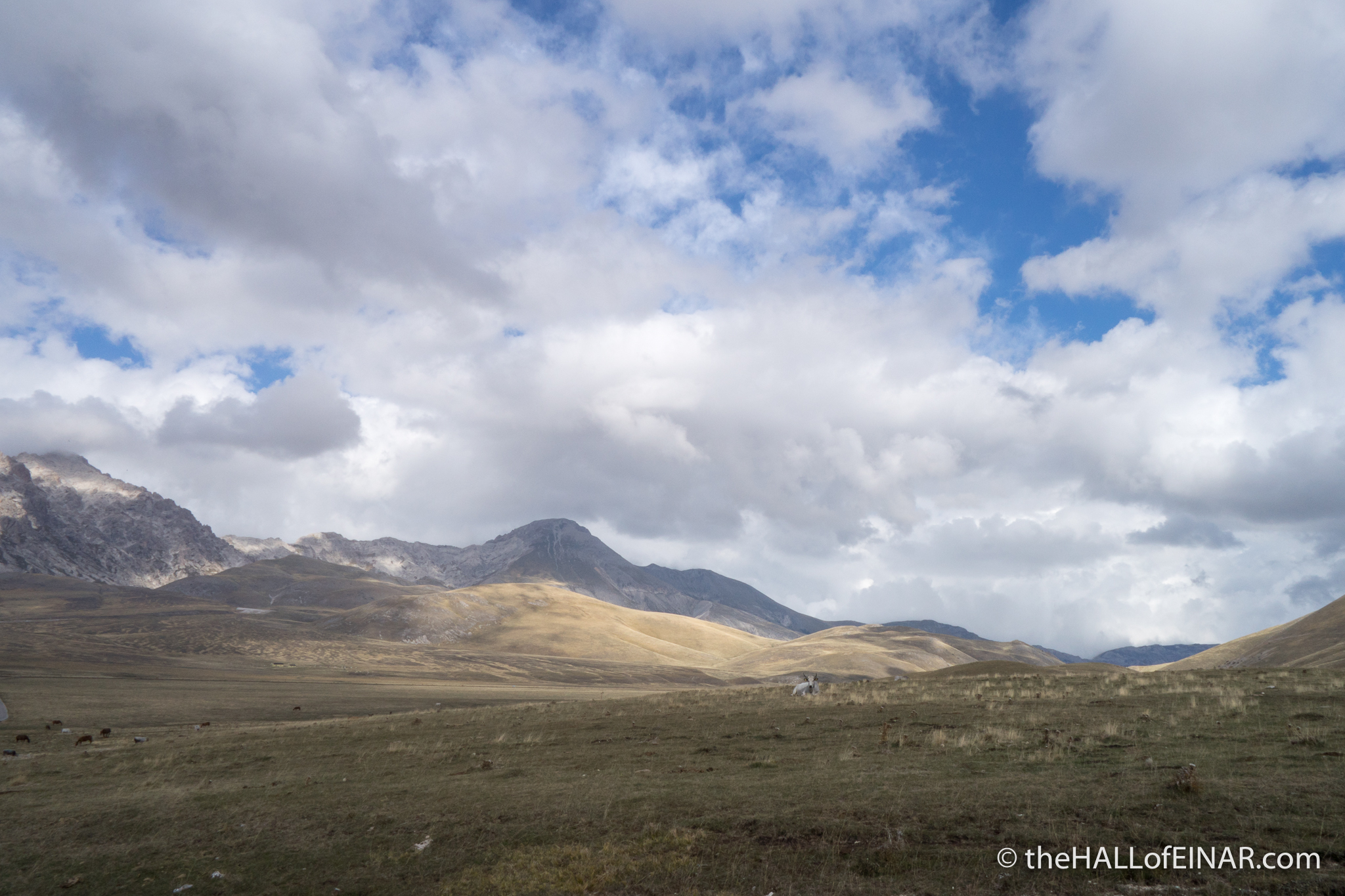 I spotted some huge brown lumps, too big, I thought, to be birds. They can’t be eagles, I thought, they’re the wrong colour. We stopped and hid behind a hummock to see a very distant view of a group of Griffon Vultures. There are just over 100 here, attracted by feeding stations and now breeding successfully: 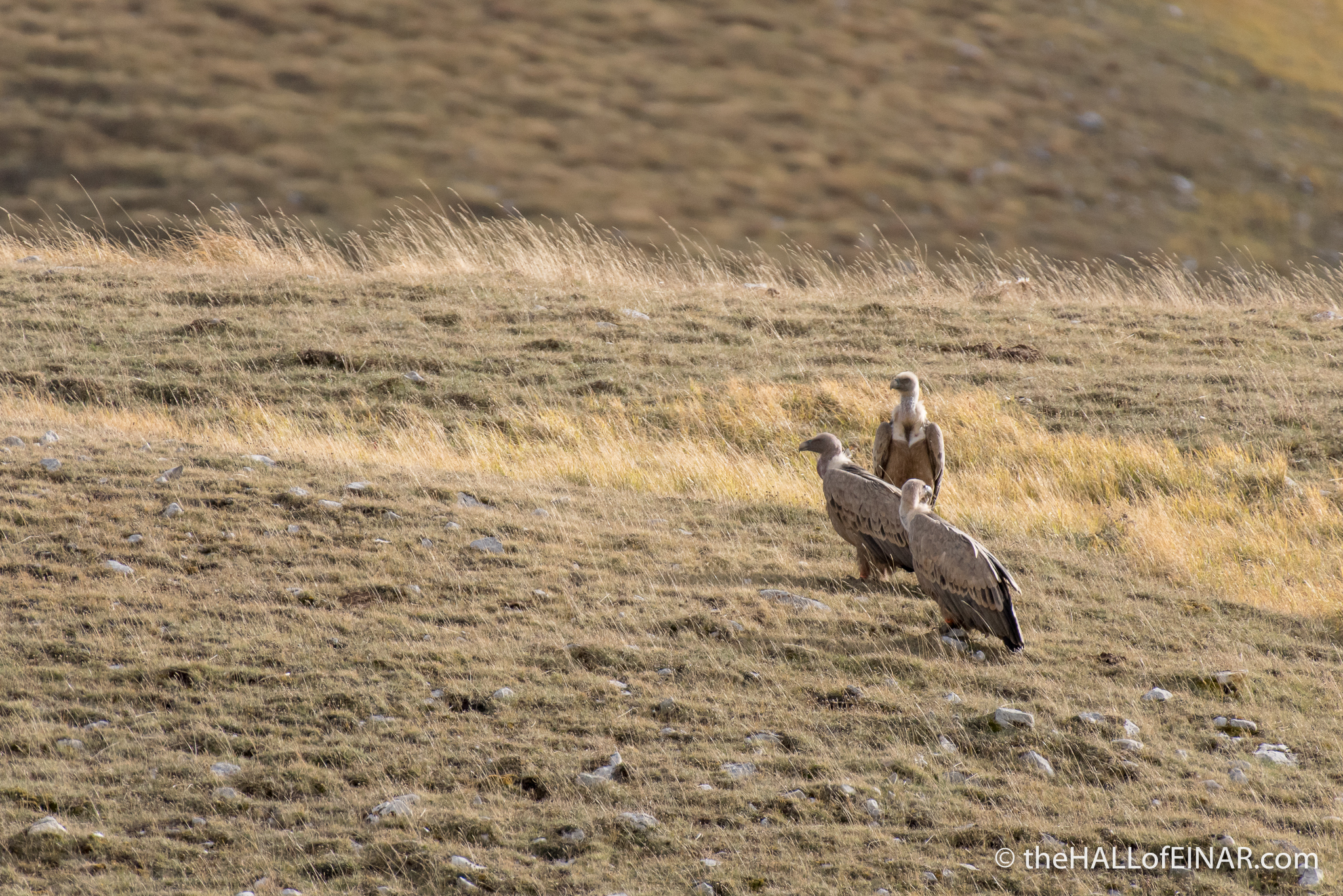 In the King James Version of The Bible Leviticus makes clear that vultures are ‘unclean’:
“And these are they which ye shall have in abomination among the fowls; they shall not be eaten, they are an abomination: the eagle, and the ossifrage, and the ospray” The ossifrage is the vulture; it means ‘bone-breaker’.

An abomination? I think not.

They are stunning birds.