Waxcaps live in unimproved grassland. That means they are often only found in graveyards as the rest of the grassland environment has been poisoned with artificial fertiliser. 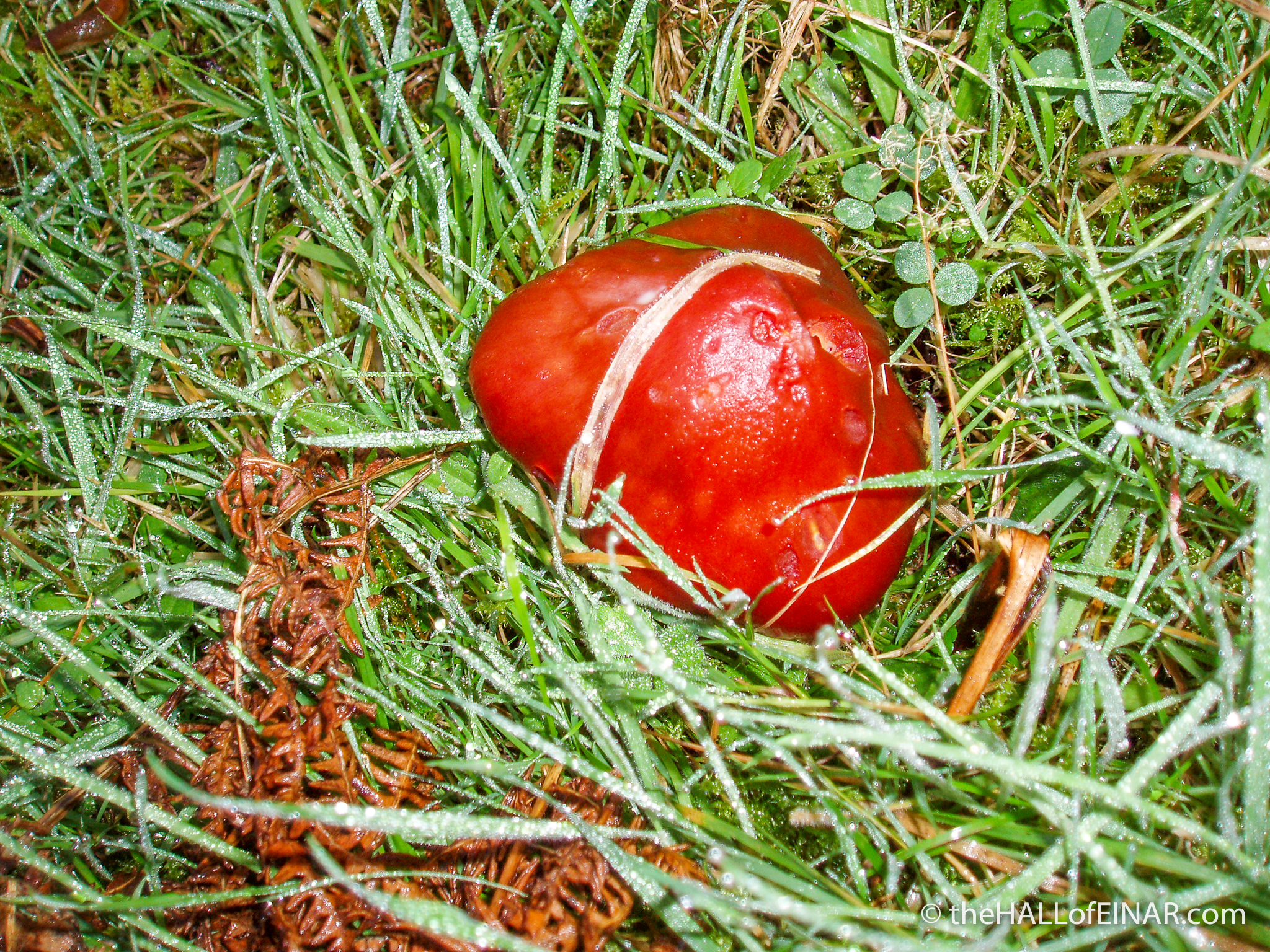 Crimson Waxcaps are big; bigger than other Waxcaps. They also start crimson and then get a little yellow around the edges: 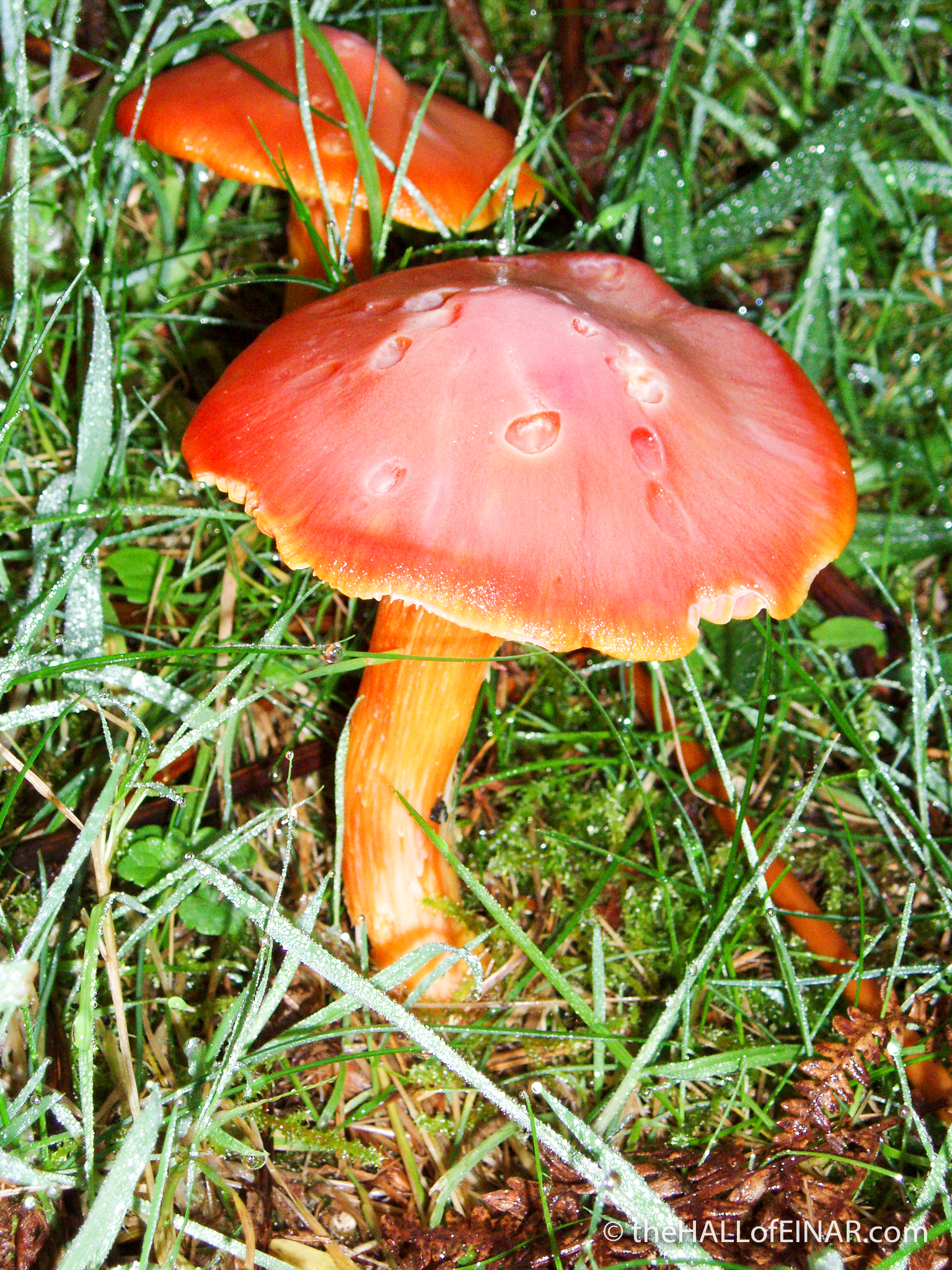 Looking underneath the cap their gills are fascinating: 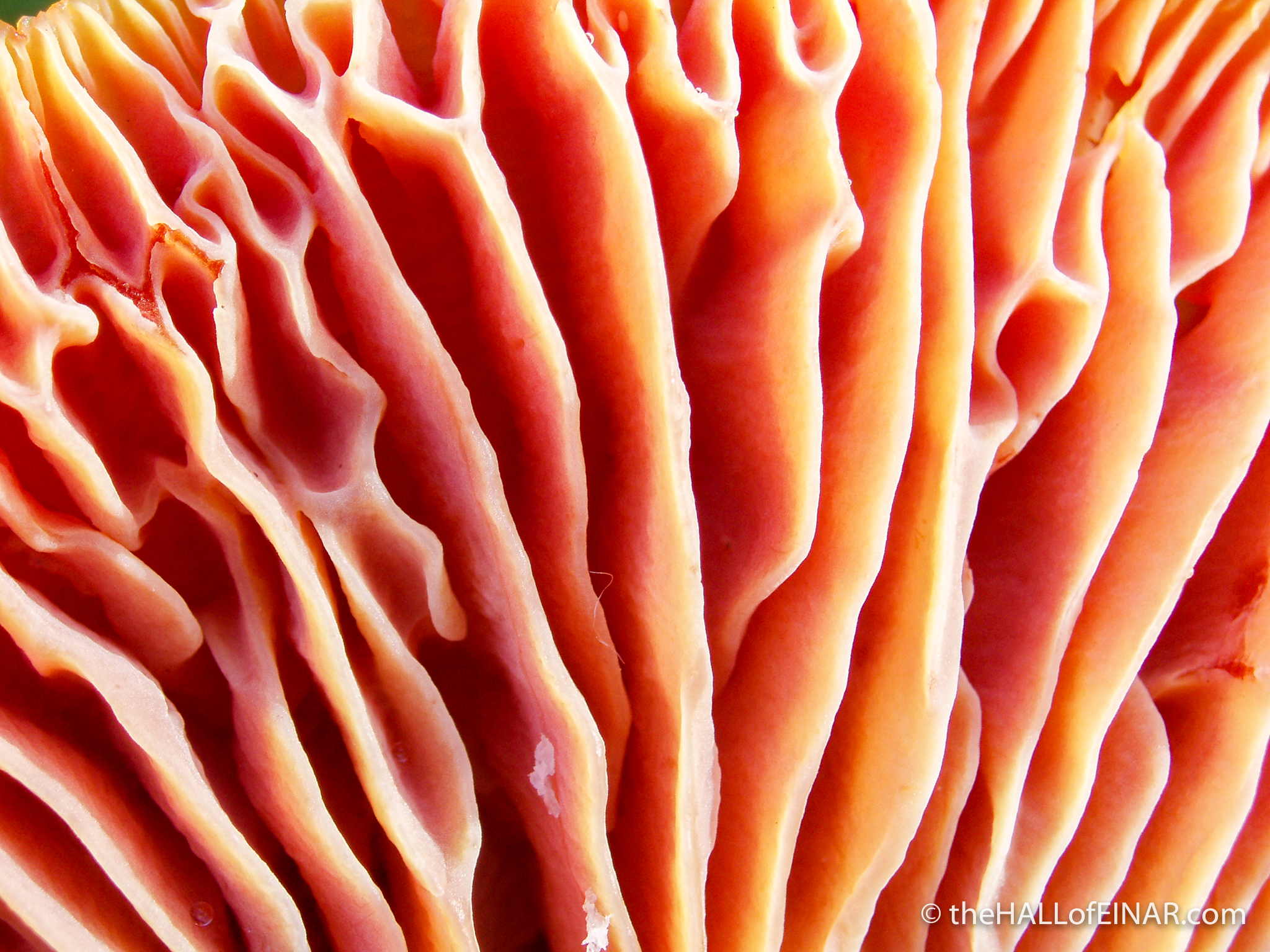 The gills are where their spores are produced. Fungal spores are microscopic and produced in such volumes that they are found throughout the atmosphere. That means fungi aren’t limited by seas or oceans. The Scarlet Waxcap is found in grassland in Northern Europe and in woodland in North America.

Here’s a solitary one in the grass in Devon: 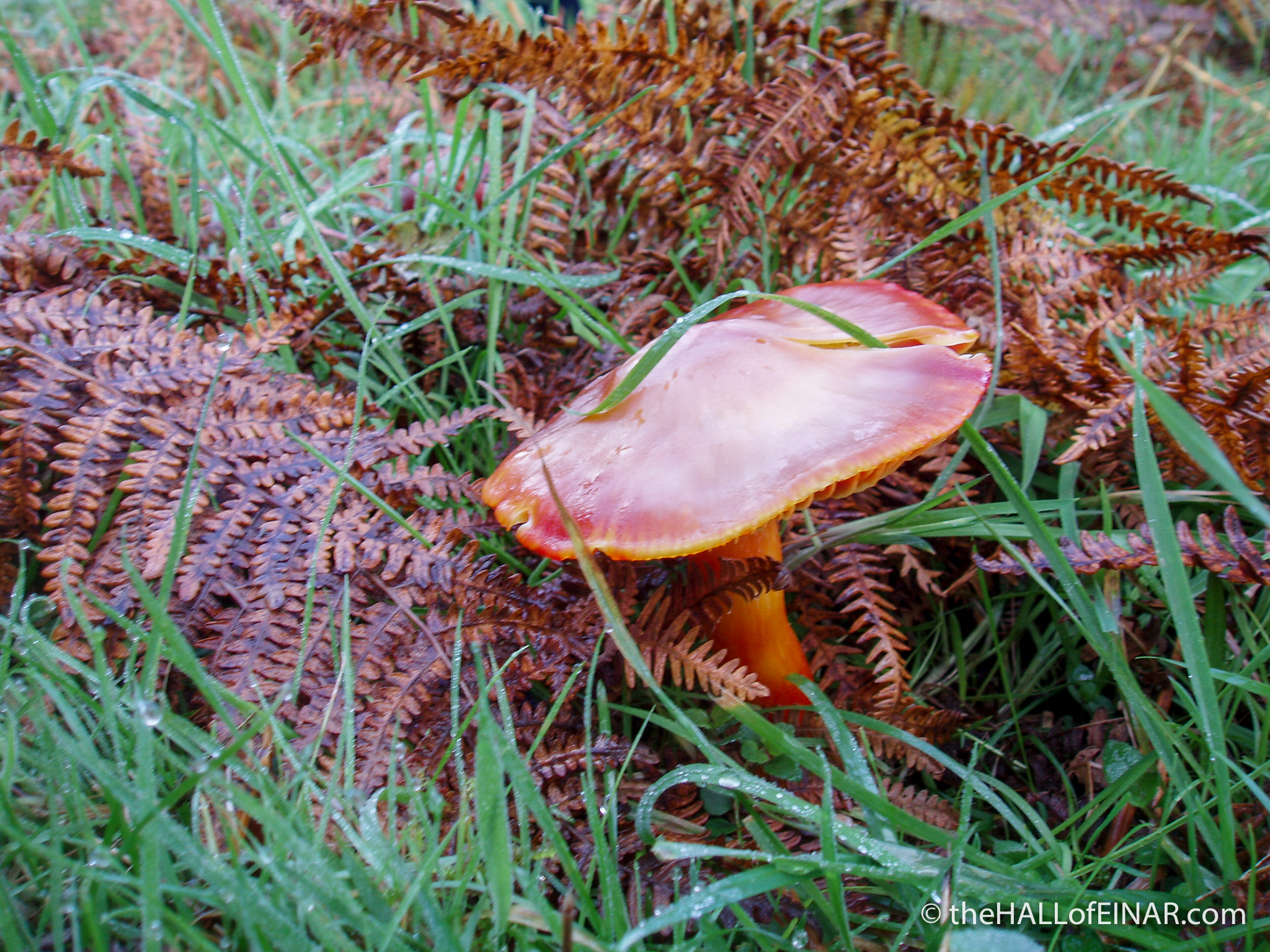 For years it was thought that Waxcaps lived on rotting grass roots and stems. Now it’s thought that they have some kind of relationship with moss. Fungi still have many mysteries for us to uncover.