Fingle Bridge is a 17th Century stone arch packhorse bridge over the River Teign in Devon. 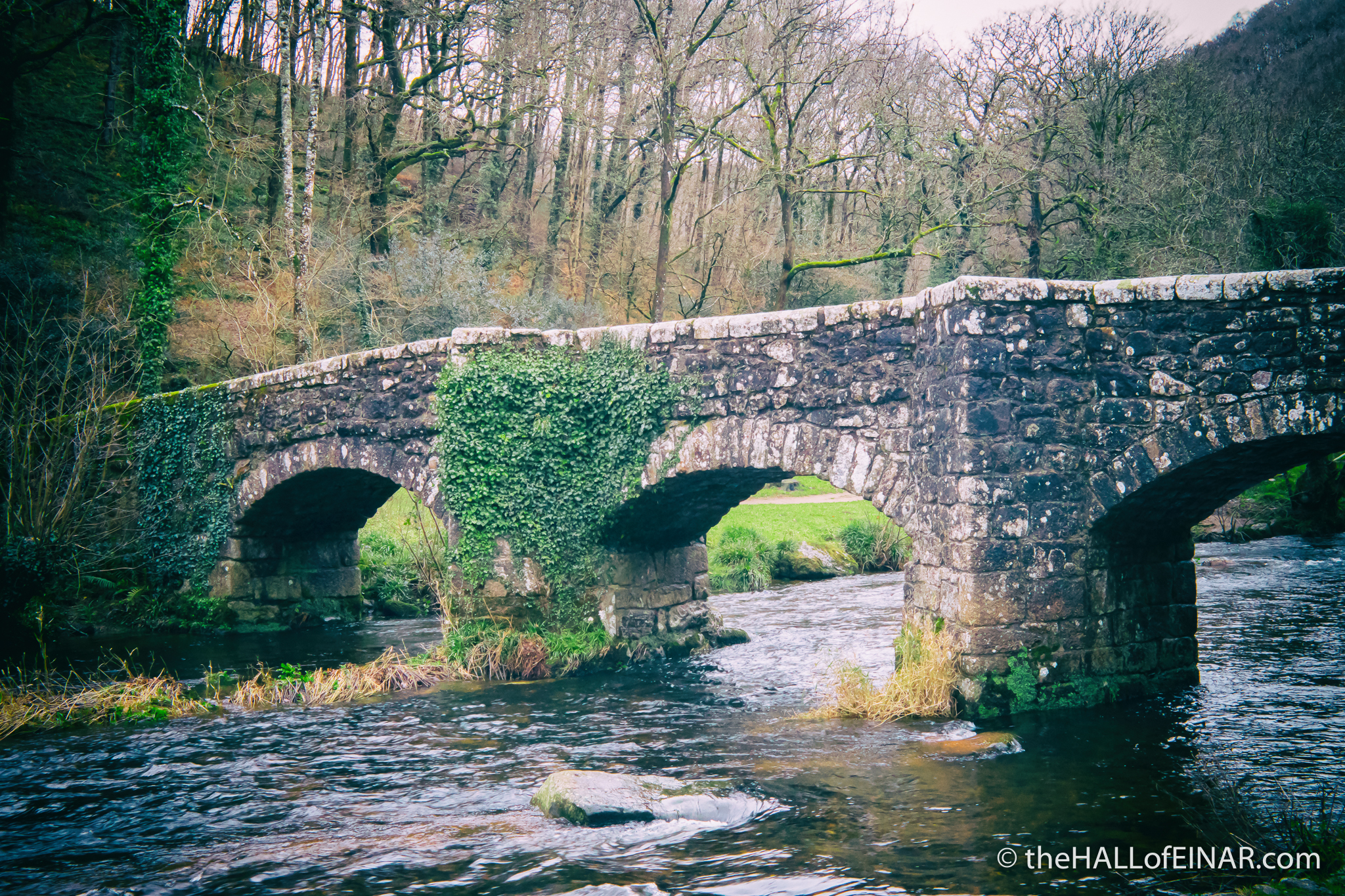 Walking along the River there I spot an interesting mushroom. It’s a Magpie Ink Cap, Coprinopsis picacea: 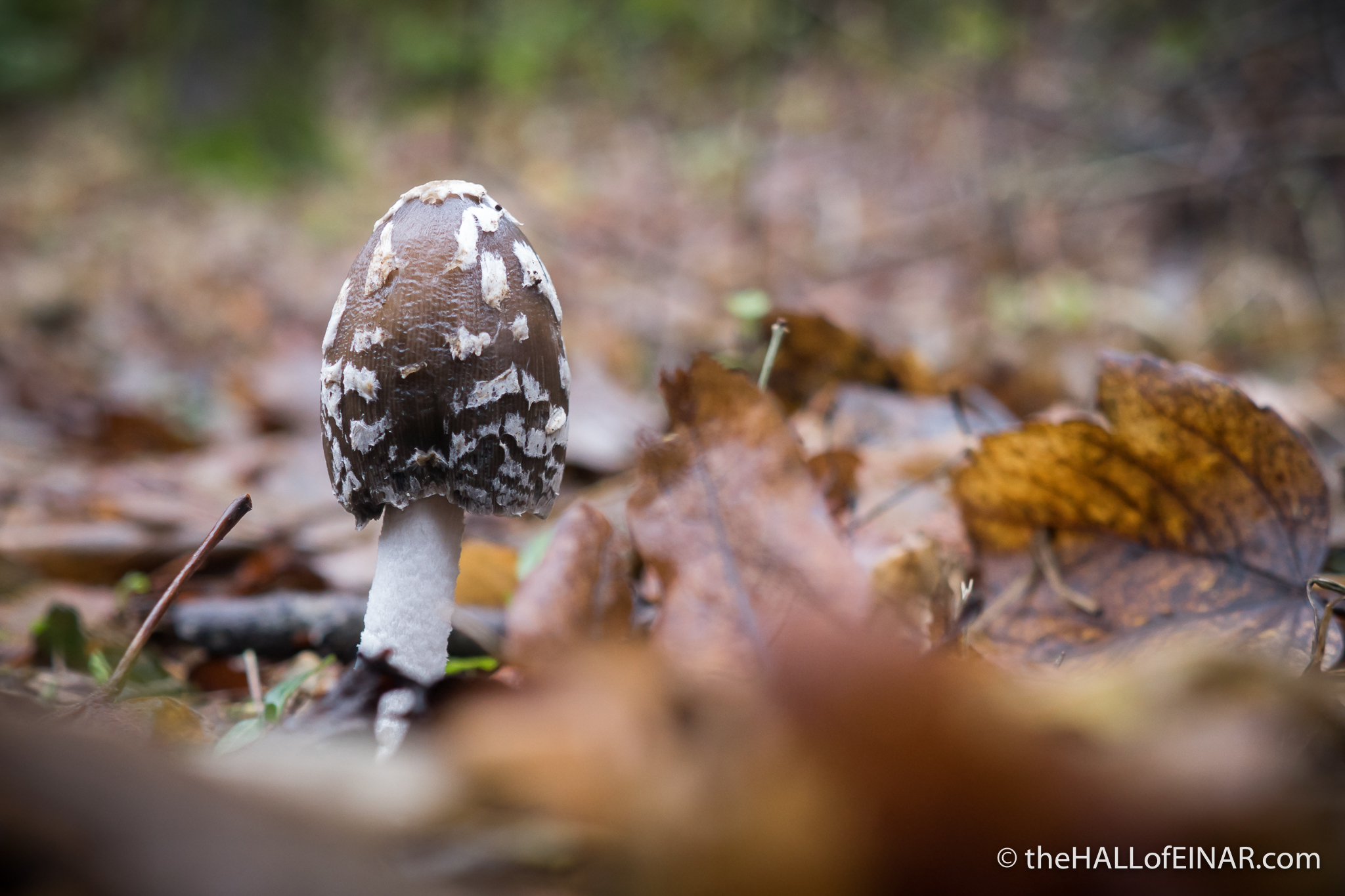 Here it is in James Sowerby’s Coloured Figures of English Mushrooms or Fungi from 1797: 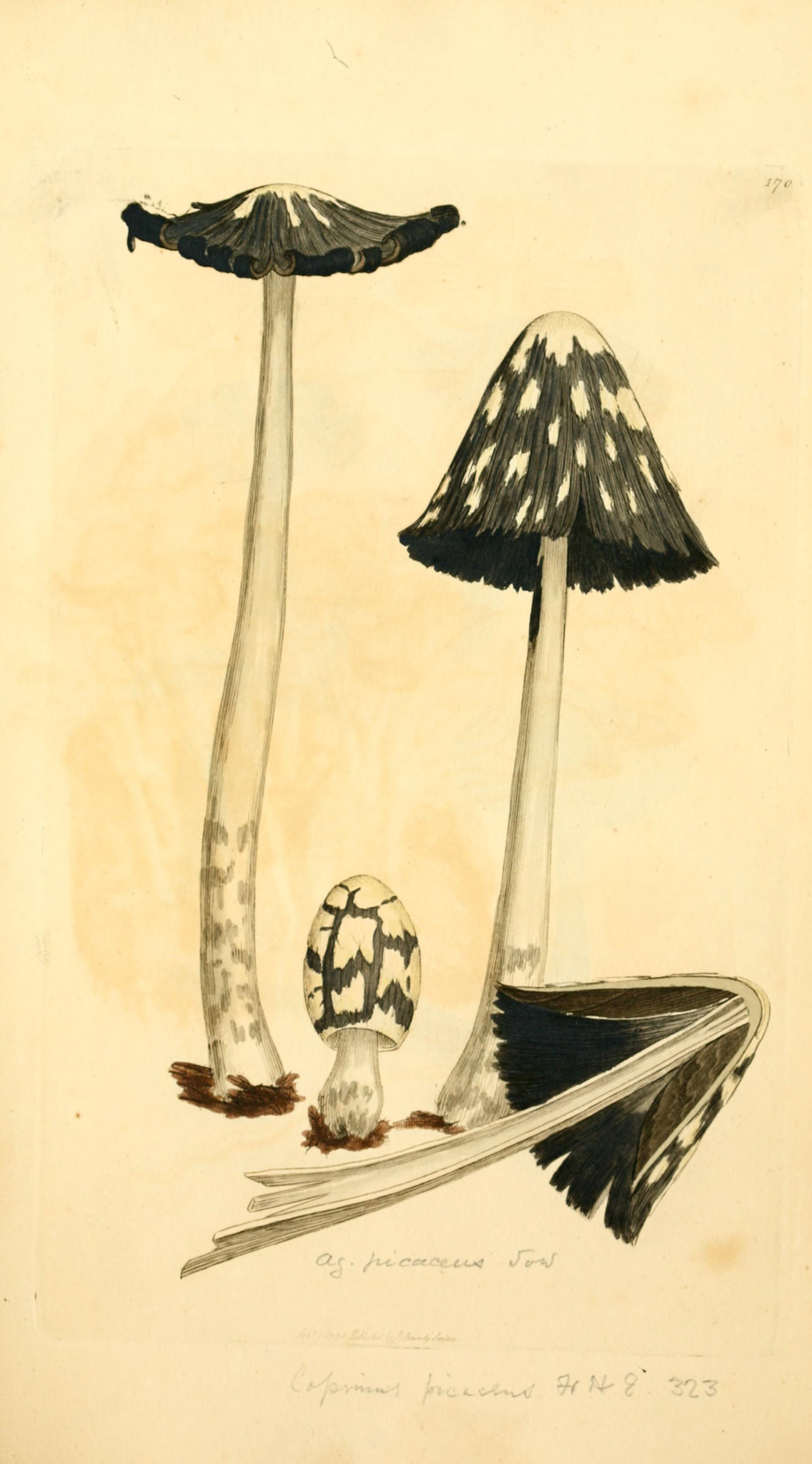 It’s a mushroom which grows and turns to liquid in barely a day. I suspect that it’s a little more common than people think just because it’s difficult to be in the right place at the right time to see it. It’s a handsome mushroom. 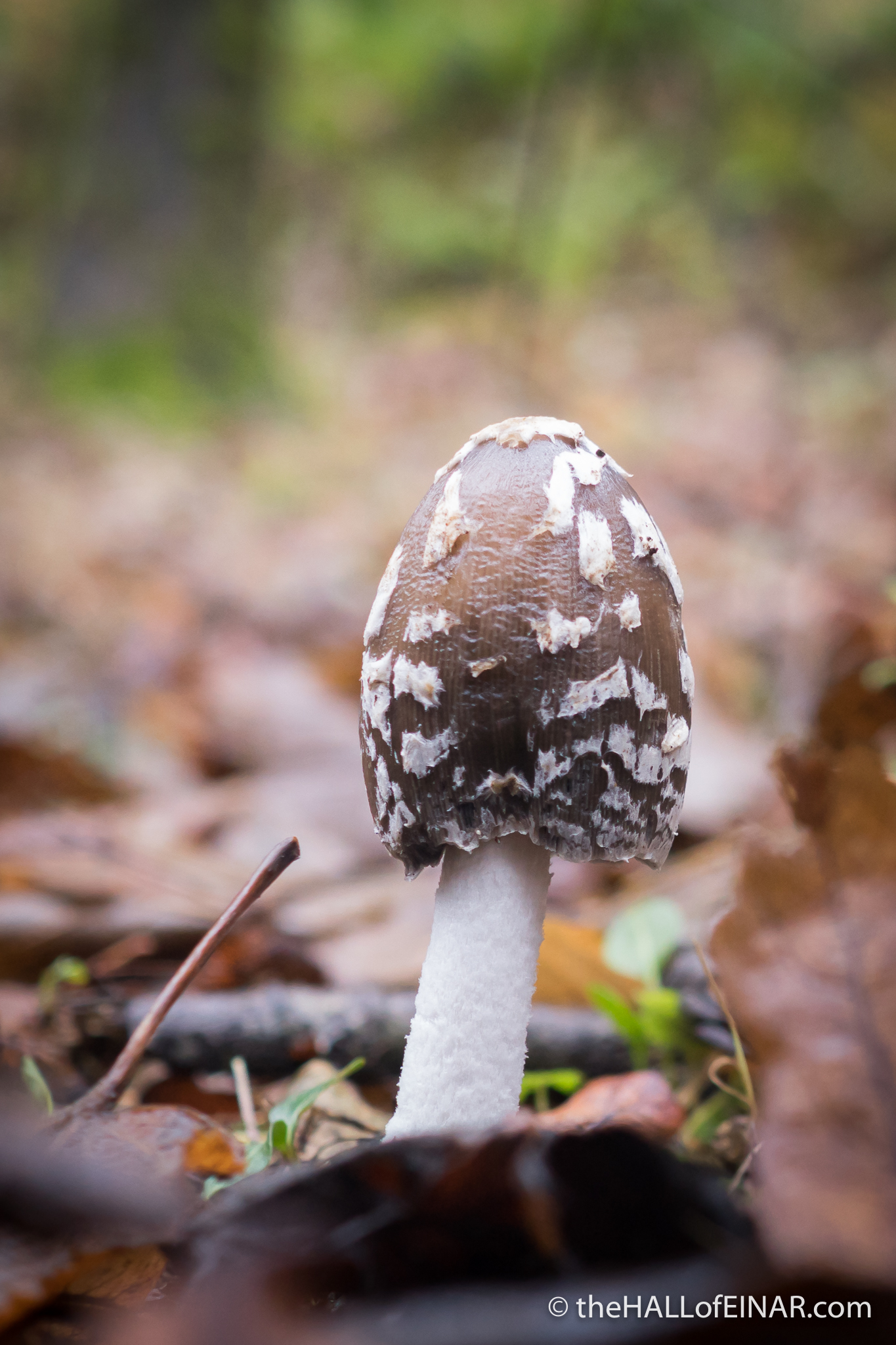 If I’d gone back later in the day it would have opened out considerably:

The first scientific description of it was in 1785 by Jean Baptiste Francois Pierre Bulliard. Its name picaceus is from Pica pica, the scientific name for the Magpie: 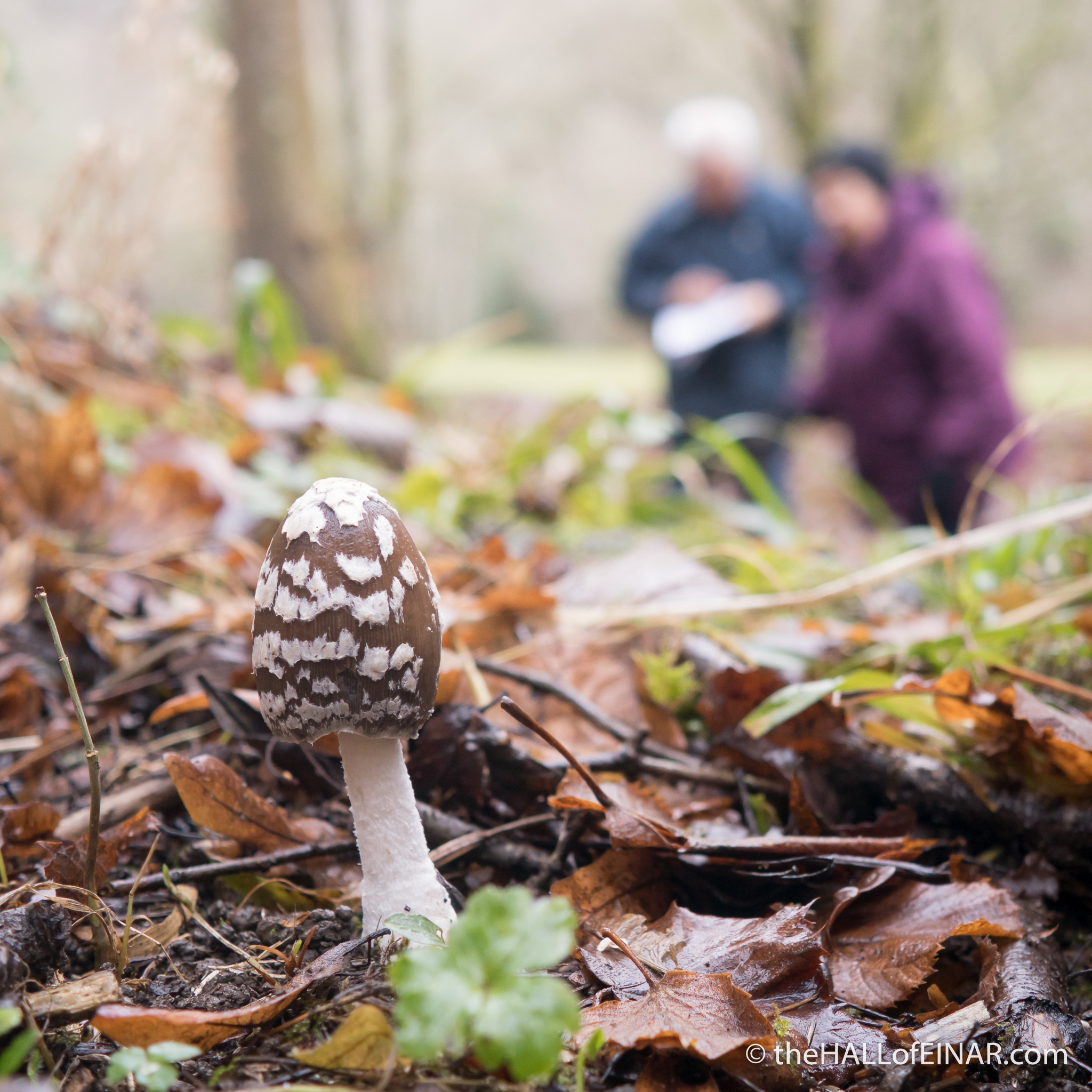 Then there’s time to climb up the Hunters’ Path to see the views across the Teign gorge:

Before gorging myself in the Fingle Bridge Inn.