Here’s a Pheasant in a Ladybird book from 1955: 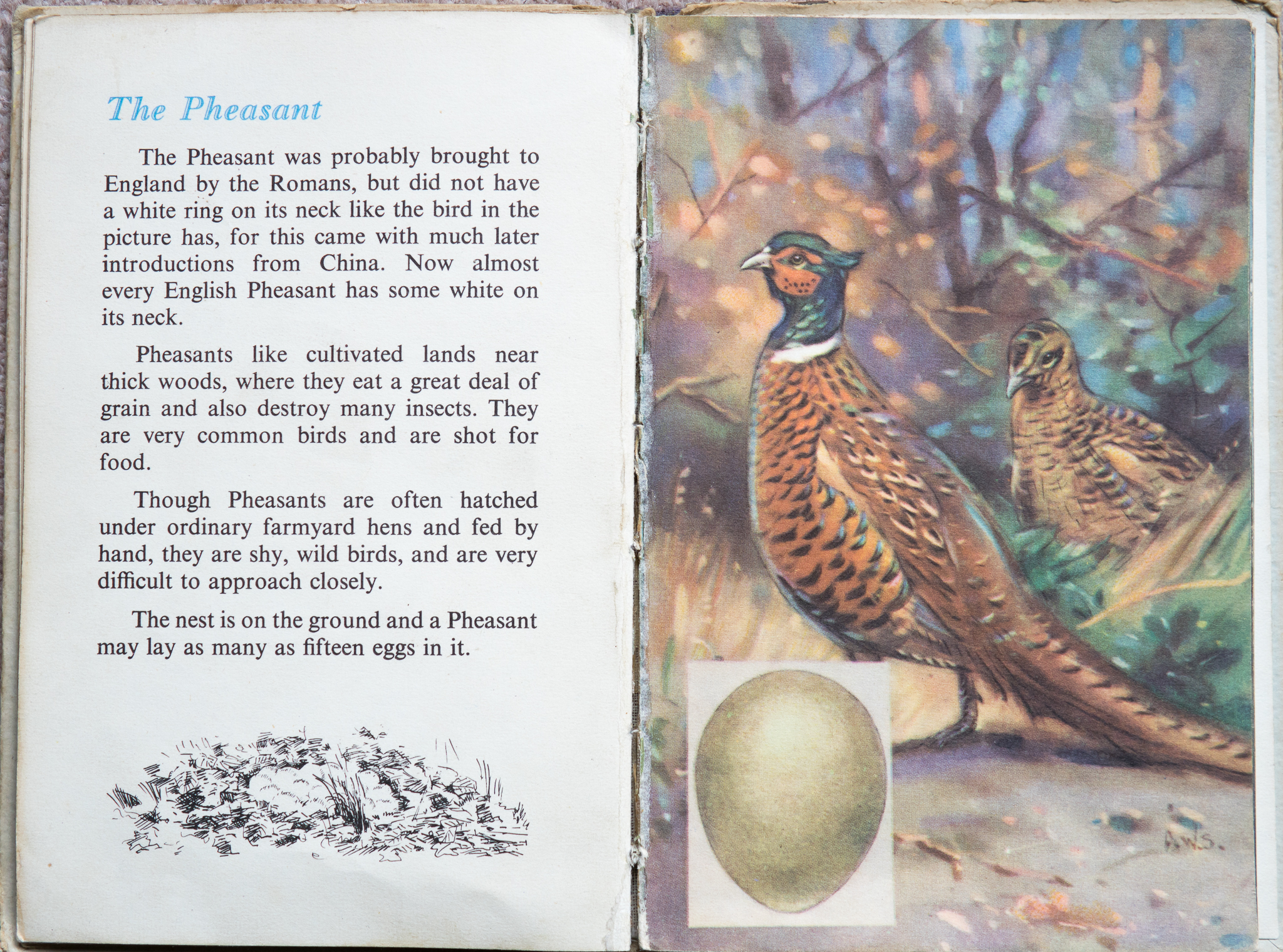 Pheasants like cultivated lands near thick woods, where they eat a great deal of grain and also destroy many insects. They are very common birds and are shot for food.

I’m enjoying their use of the word ‘destroy’. Pheasants ‘eat’ grain, but ‘destroy’ insects.

Here’s a male Pheasant in the cultivated field just next to the thick woods at Powderham in Devon. 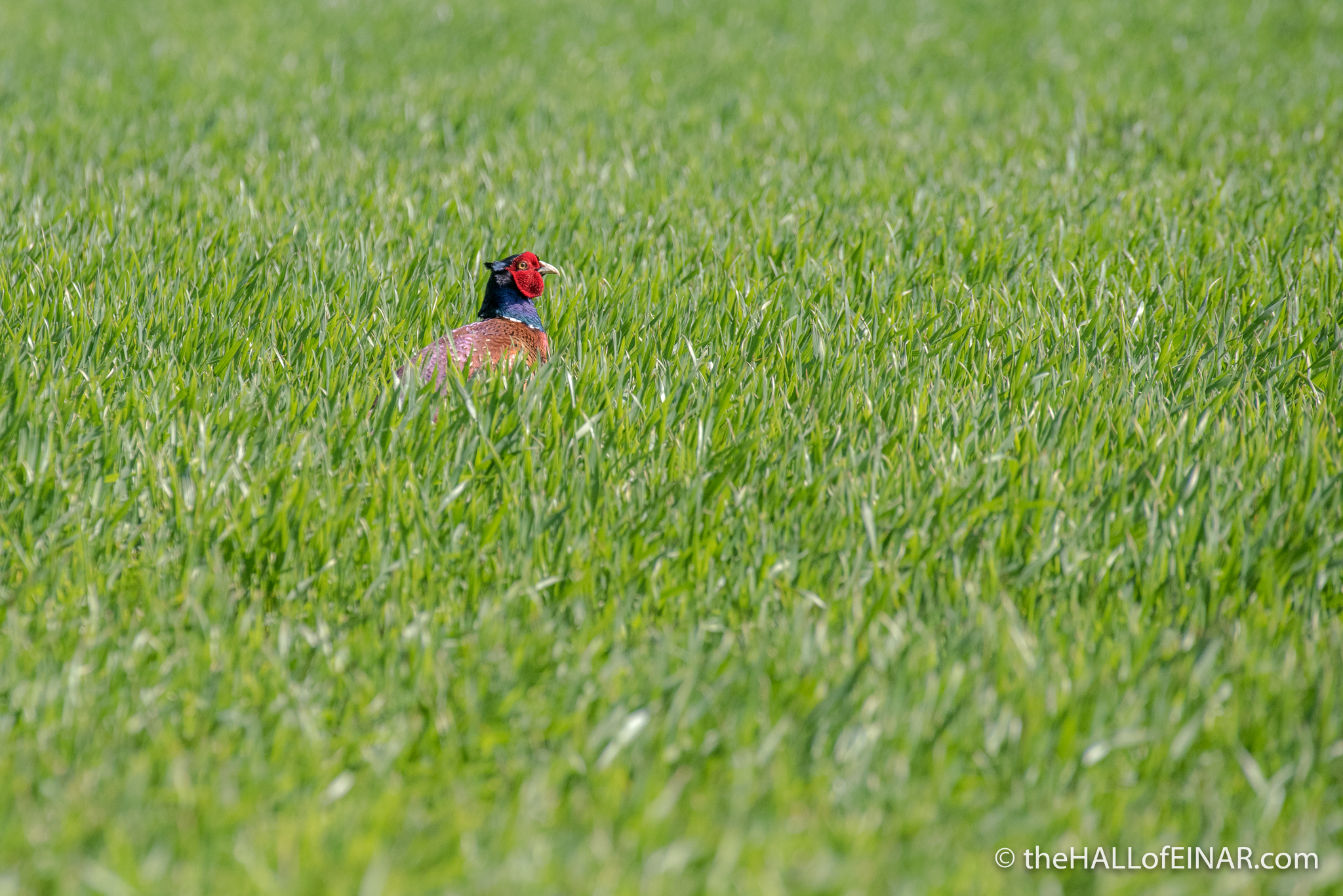 The Pheasant was probably brought to England by the Romans, but did not have a white ring on its neck like the bird in the picture has, for this came with much later introductions from China. Now almost every English Pheasant has some white on its neck.

Has it? Yes, here’s an English Pheasant with a small white ring on its neck: 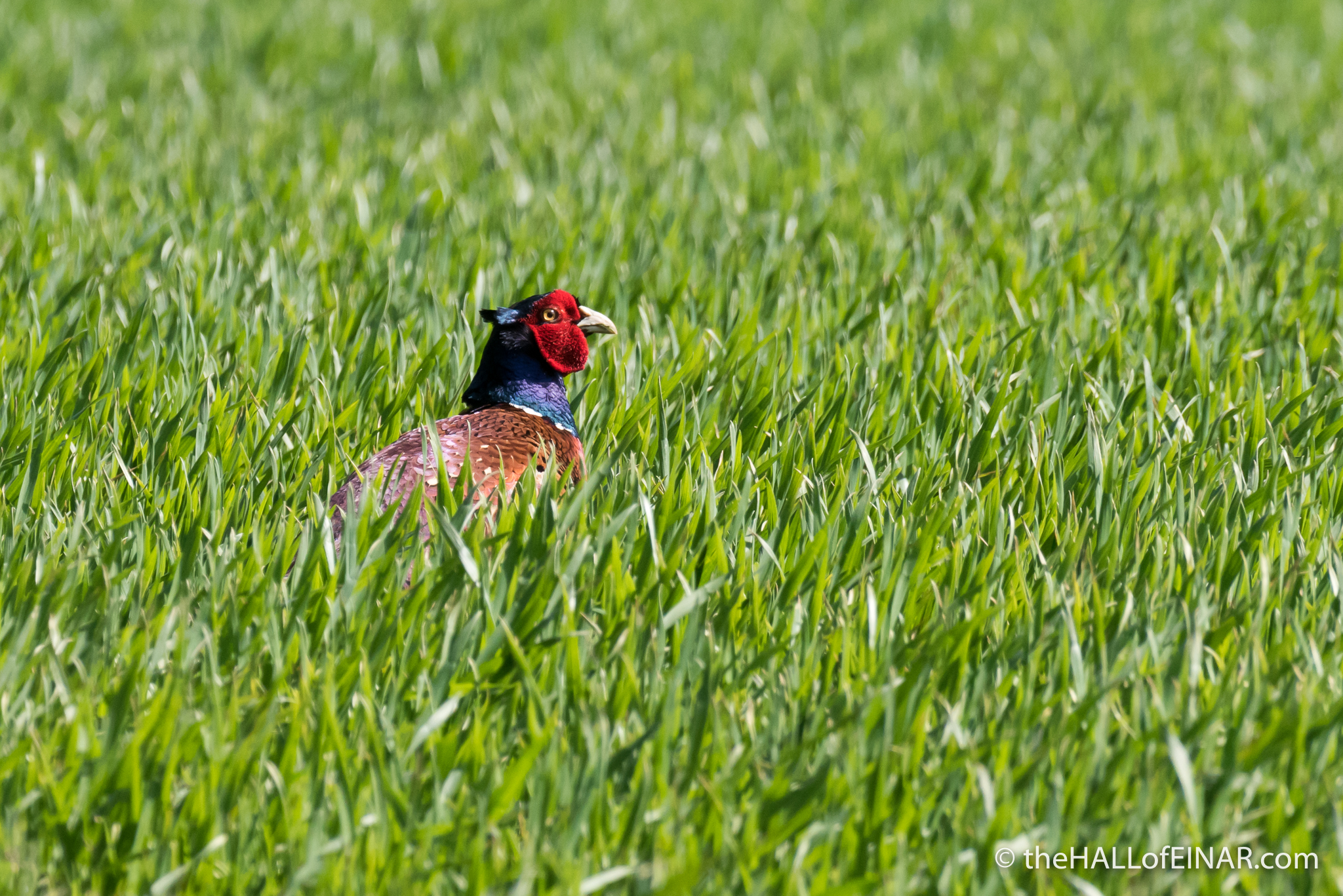 They really are spectacular birds: 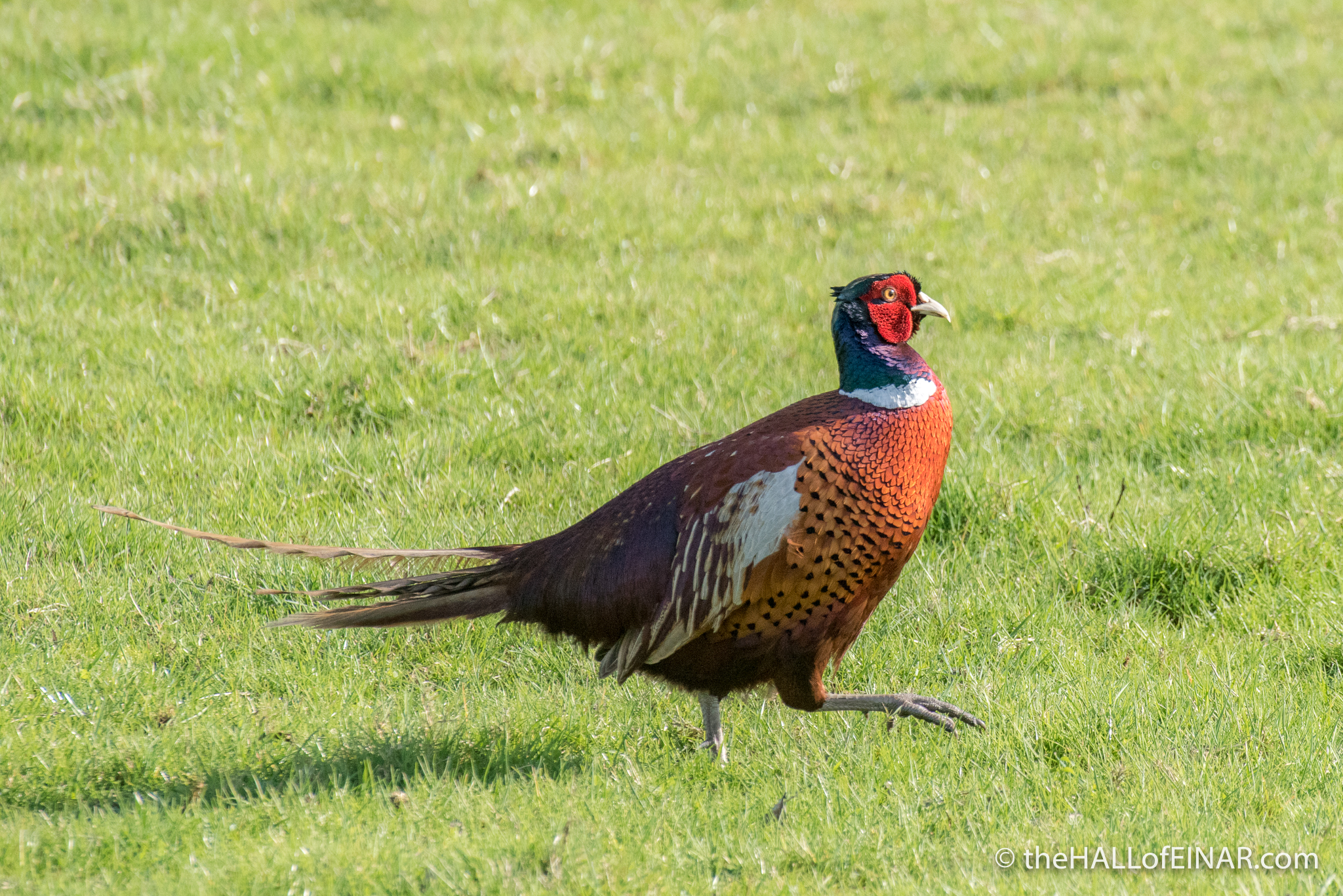