Walking along the River Tiber in Rome, or the Tevere in Roma, as the Romans call it, is a shock. It’s in the middle of the City; the ancient City, and yet it’s teeming with life. There’s a Kestrel, or Gheppio, hunting dragonflies being mobbed by a Hooded Crow, or Cornacchia. There’s a Little Egret, or Garzetta, stalking fish just along the River from a Grey Heron, or Airone cenerino. There are Black Headed Gulls and Yellow-Legged Gulls as well as ducks galore. There are brown rats scuttling in the undergrowth. I’m currently gazing up at a group of Great Cormorants, or Cormorani, Phalacrocorax carbo.

The Great Cormorants stand like dark sentinels high above the water on the bridges across the River. Their yellow cheeks are glowing in the autumn sun: 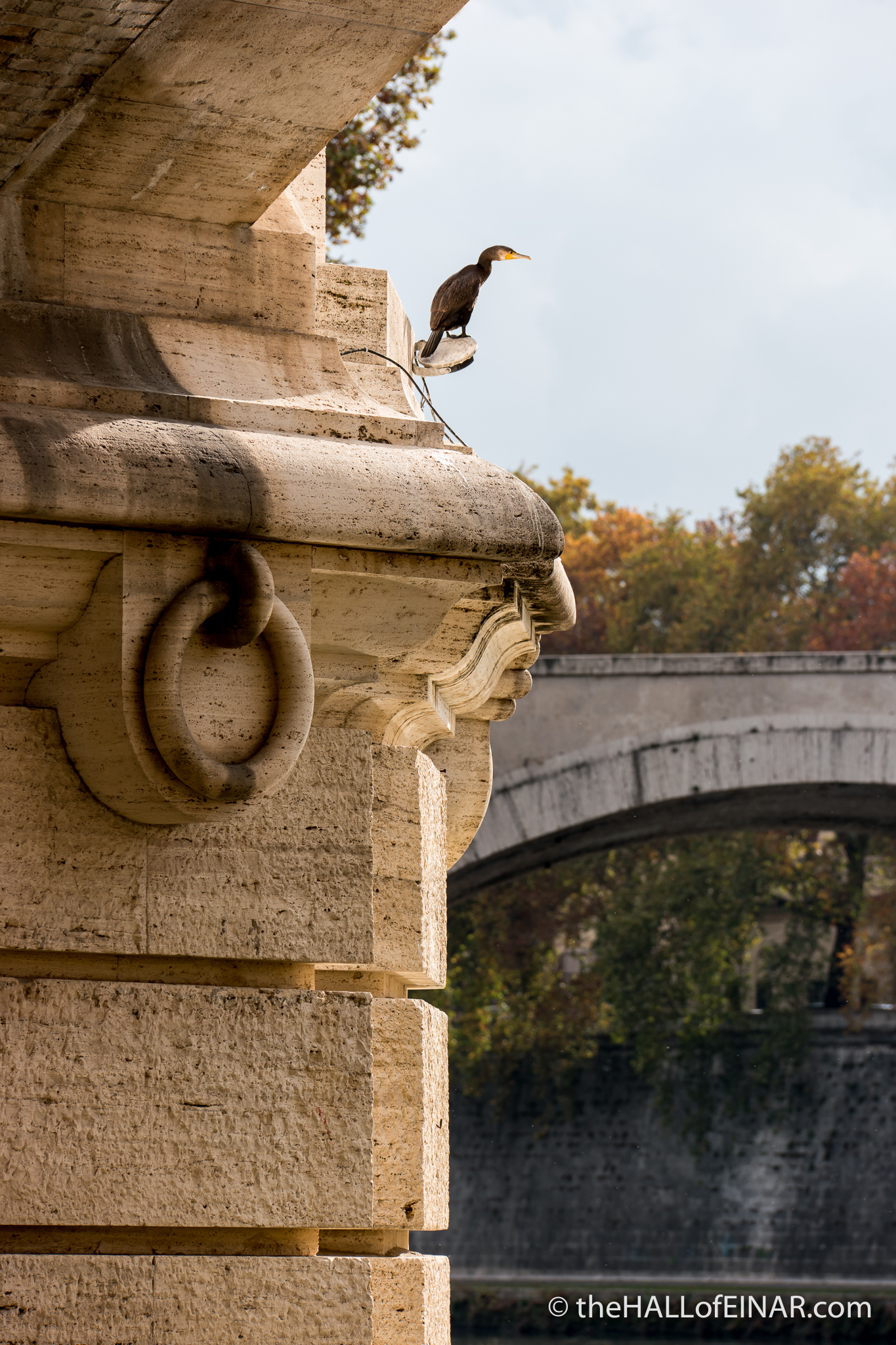 They hold their wings out to dry using wind and solar power to dry their washing: 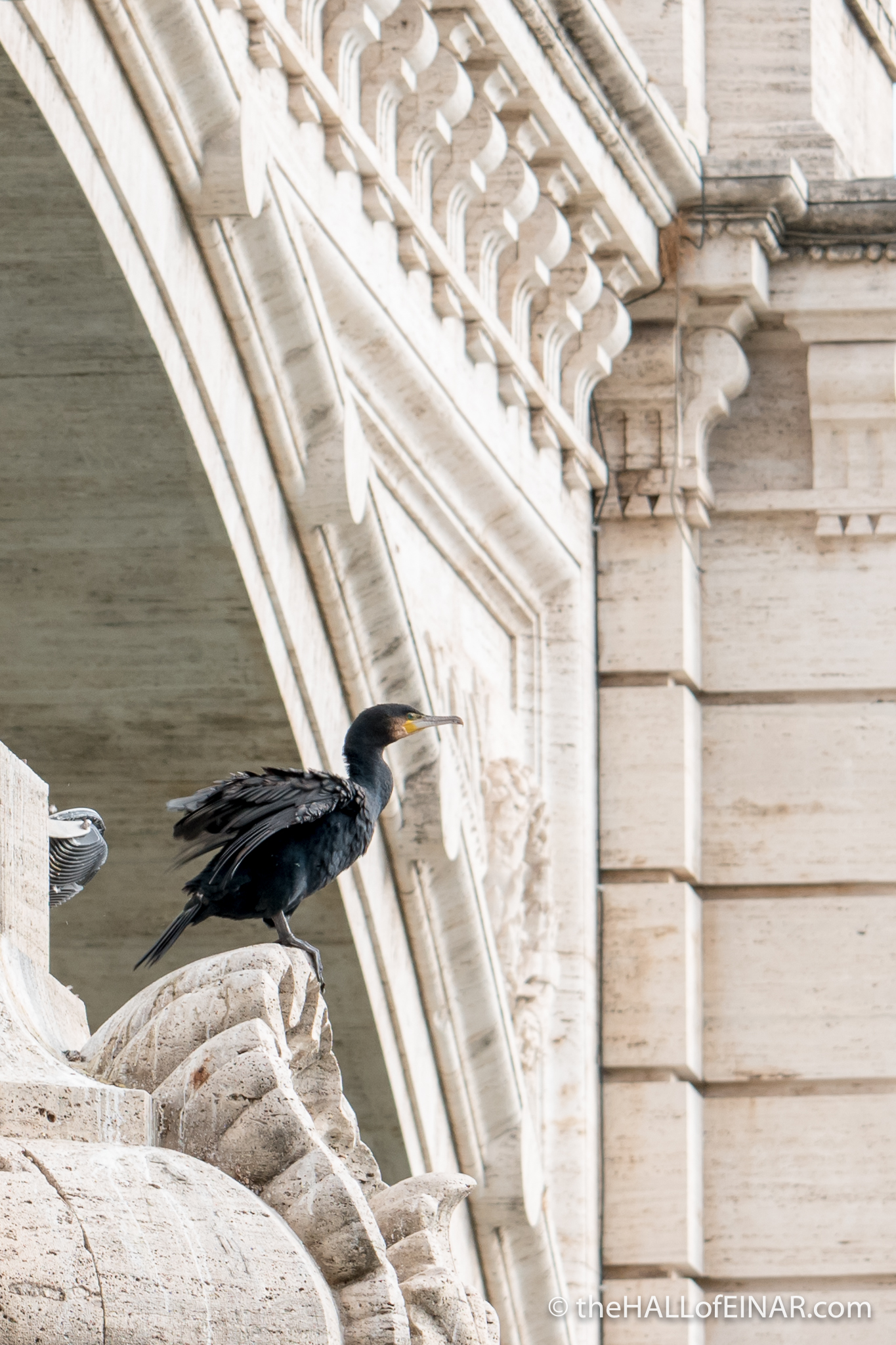 One side of the River has a cycle and foot path with clear marked lanes. The other is unkempt, unsafe and has the tents and meagre belongings of rough sleepers. The wildlife is unaware of the difference: 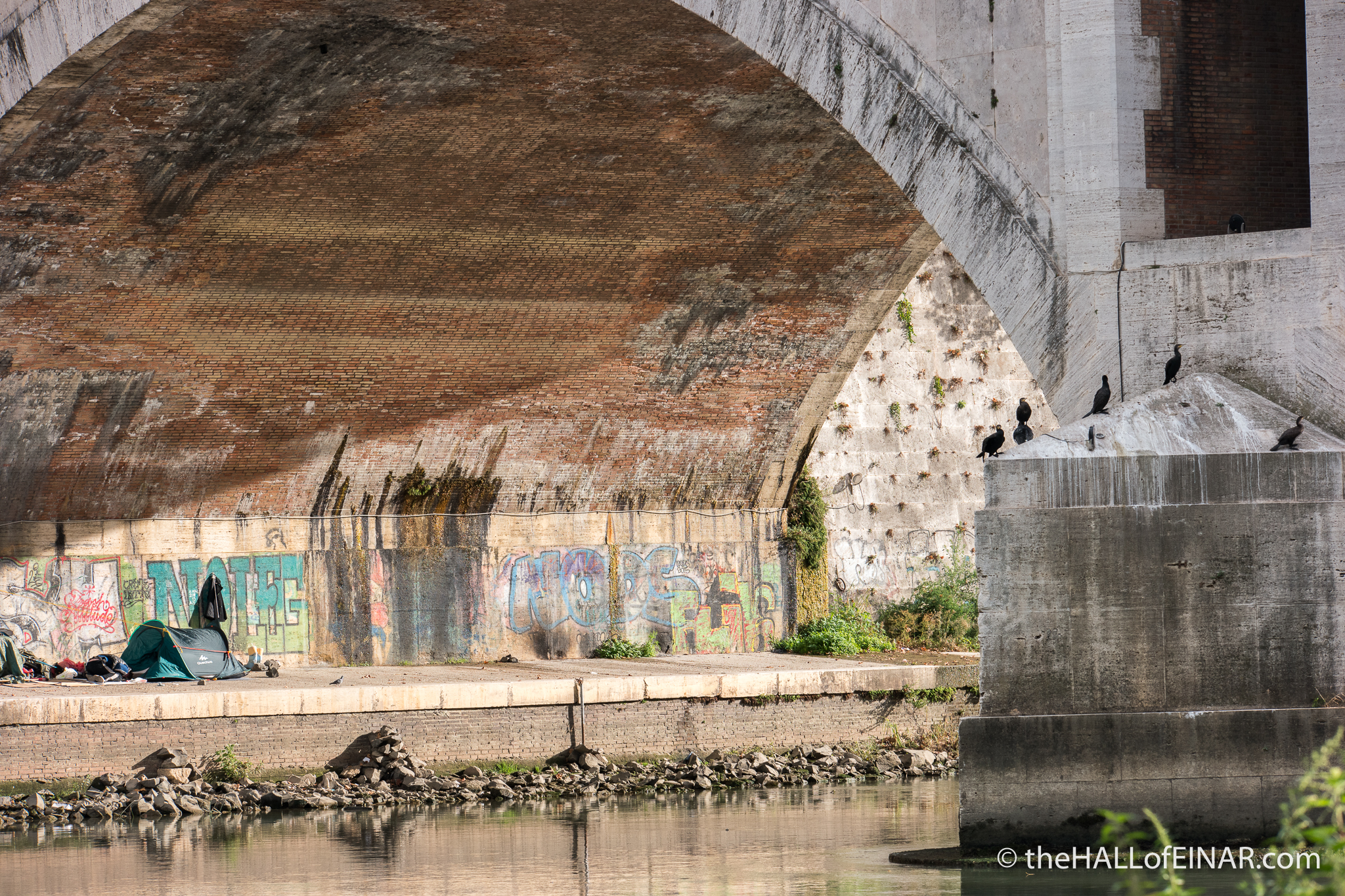 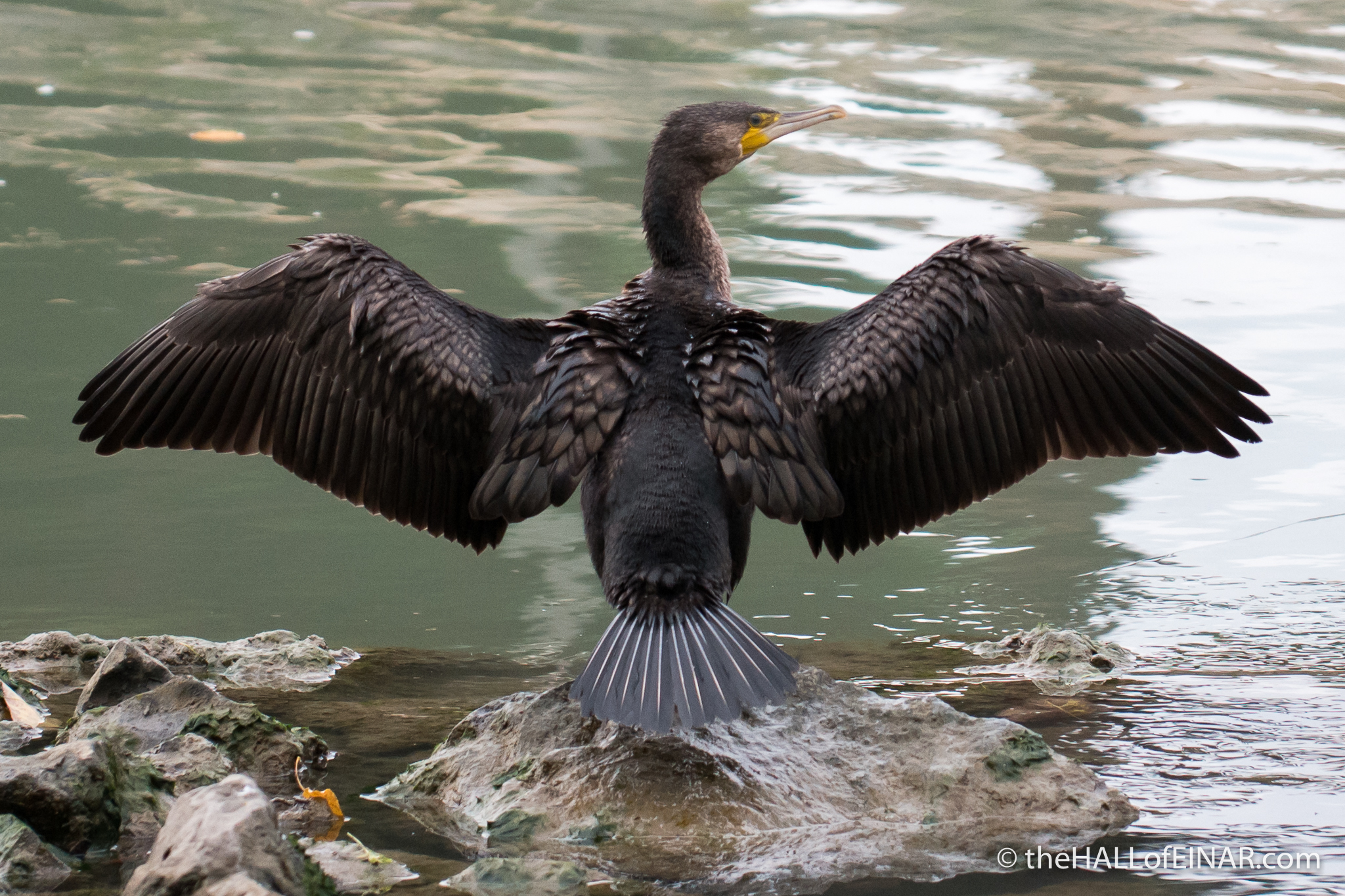 Cormorants have had a serious image problem. In the Bronze Age compilation of superstition, the Old Testament of The Bible, Cormorants appear four times, just to tell everyone that they are ‘unclean’. In Milton’s Paradise Lost Satan sneaks into The Garden of Eden disguised as a cormorant. He sits on top of the Tree of Life and listens in to Adam and Eve’s conversation about being forbidden to eat from the Tree of the Knowledge of Good and Evil. You probably know what comes next. Having a bestseller saying they are unclean, and a great work of art saying they are the devil himself, hasn’t helped their image. Cormorant is a contraction of the Latin name corvus marinus, or “sea raven”. Anglers often refer to them as the ‘Black Death’ because they can eat the fish that coarse fishing enthusiasts catch. That’s a commercial problem for them, when sales of fishing permits decline, fewer young people take up the activity and suppliers of equipment and materials have declining sales. Anglers get very upset by the presence of Cormorants and have frequently called for Cormorants to be killed in even larger numbers. It’s the familiar and very human response of anglers, and of farmers, to some of the commercial problems they face: “Let’s get angry and kill wildlife”. The body responsible for issuing licenses to kill Cormorants in England is called, without irony, Natural England. It already licenses commercial and coarse fisheries to kill upwards of 3,000 of these magnificent birds a year in England.

Here are my photographs of Cormorants in Bristol from just a few weeks ago:

Cormorants in the city centre

The campaign against Cormorants by anglers is supported by Cormorant Busters. Their ‘facts‘ say:

The language used by Cormorant Busters is fascinating: ‘an abomination’, ‘spreading plague’, ‘bring nothing but destruction’ and ‘infested’. It seems that little has changed in public perceptions since the Bronze Age. I also love the human-centric idea that Cormorants should be criticised because they “do not respect fishing club or landowner boundaries.” I think the problem is that we don’t respect wildlife.

The practical effect of killing Cormorants in the UK is that it makes more space for Cormorants from Europe to move into. The inland nesting Cormorants in England are the continental European subspecies Phalacrocorax carbo sinensis. Their numbers have increased rapidly because of protective legislation in Denmark and Holland in the 1960s.

A fishery is to a Cormorant like a bird table is to a Starling. Anglers are artificially unbalancing the population of fish to make it easier to catch fish for their entertainment with the side-effect of encouraging natural fish predators.

I’ve just been watching this one fishing. It’s far better than any angler will ever be: 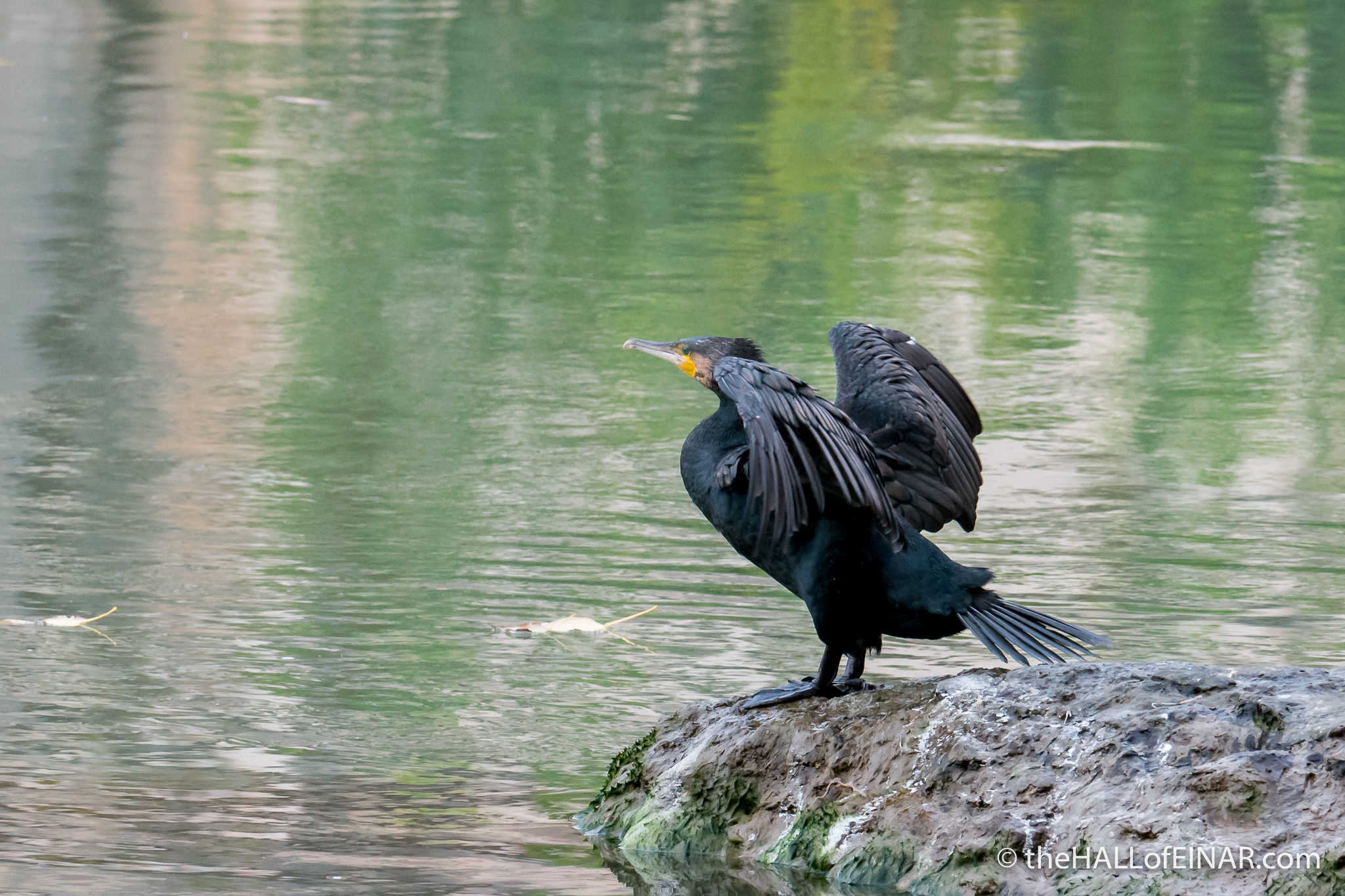 One Response to "Cormorants have a serious image problem"