Killerton is an unusual National Trust property. Unlike many of the others its story doesn’t appear to involve slavery, death and exploitation to build the fabulous wealth lavished on the building and grounds. Having said that, it’s probably just because the records have been destroyed. Instead, its story is one of philanthropy, with huge gifts to build Exeter College in Oxford and regular payments to large numbers of poor people for something as simple as bread. 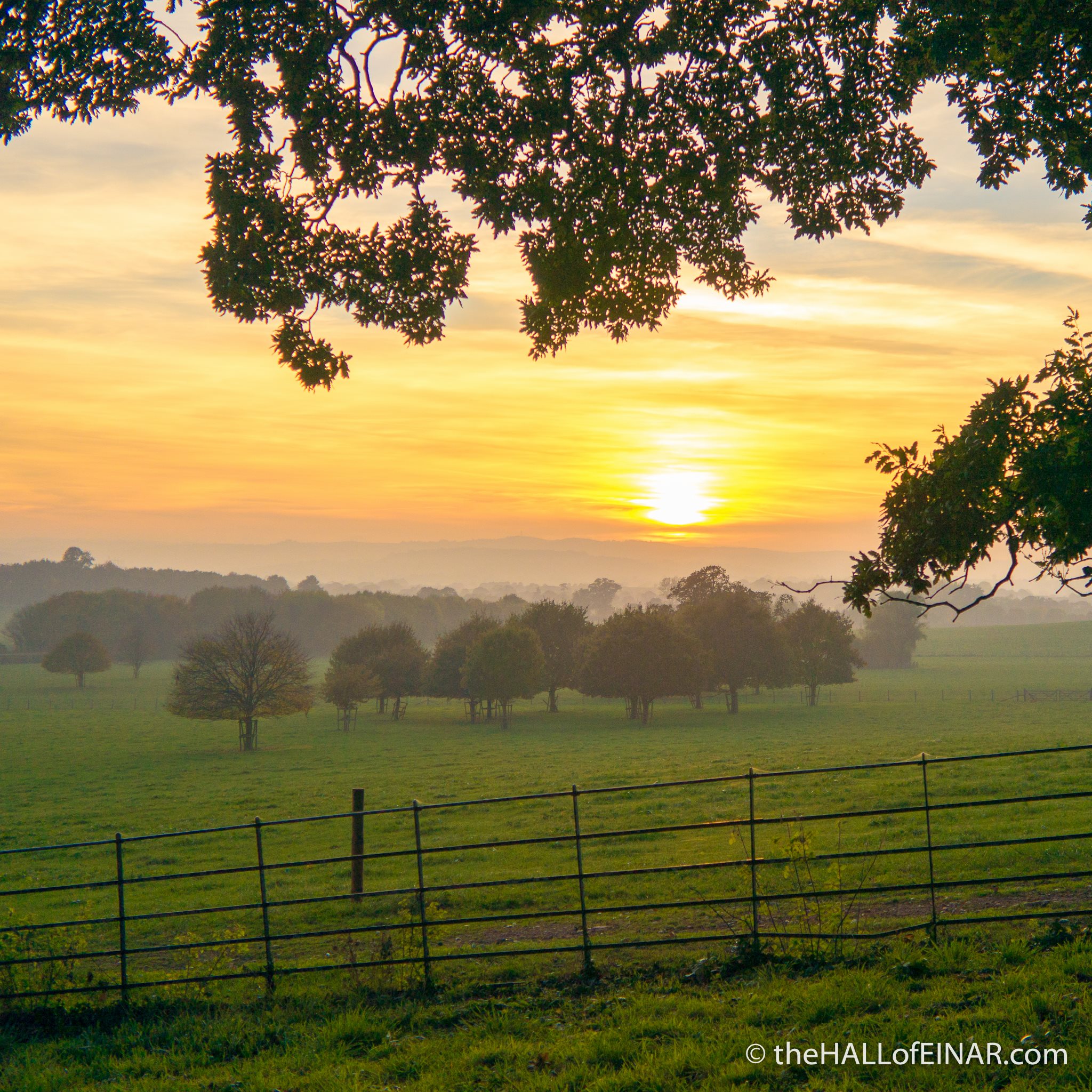 Nowadays most of the super-rich feel entitled to their wealth and thousands use food banks every day. Little has changed.

It’s a glorious autumn day to wander Killerton’s paths. The estate is 6400 acres: 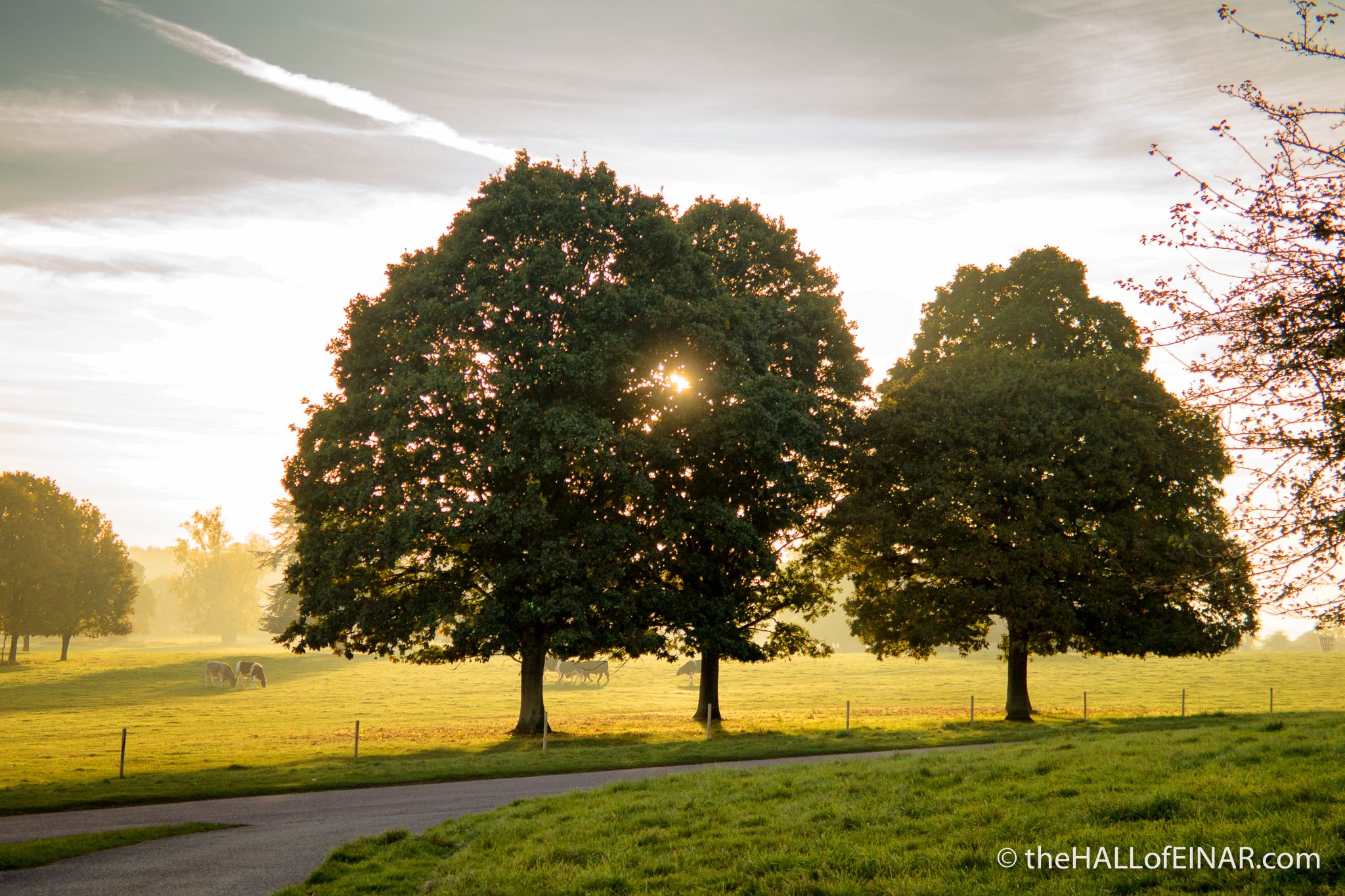 Leaves are turning golden and Parasol Mushrooms are sprouting:

Cyclamen litter the lawn as cobwebs are highlighted by the low autumn sunshine: 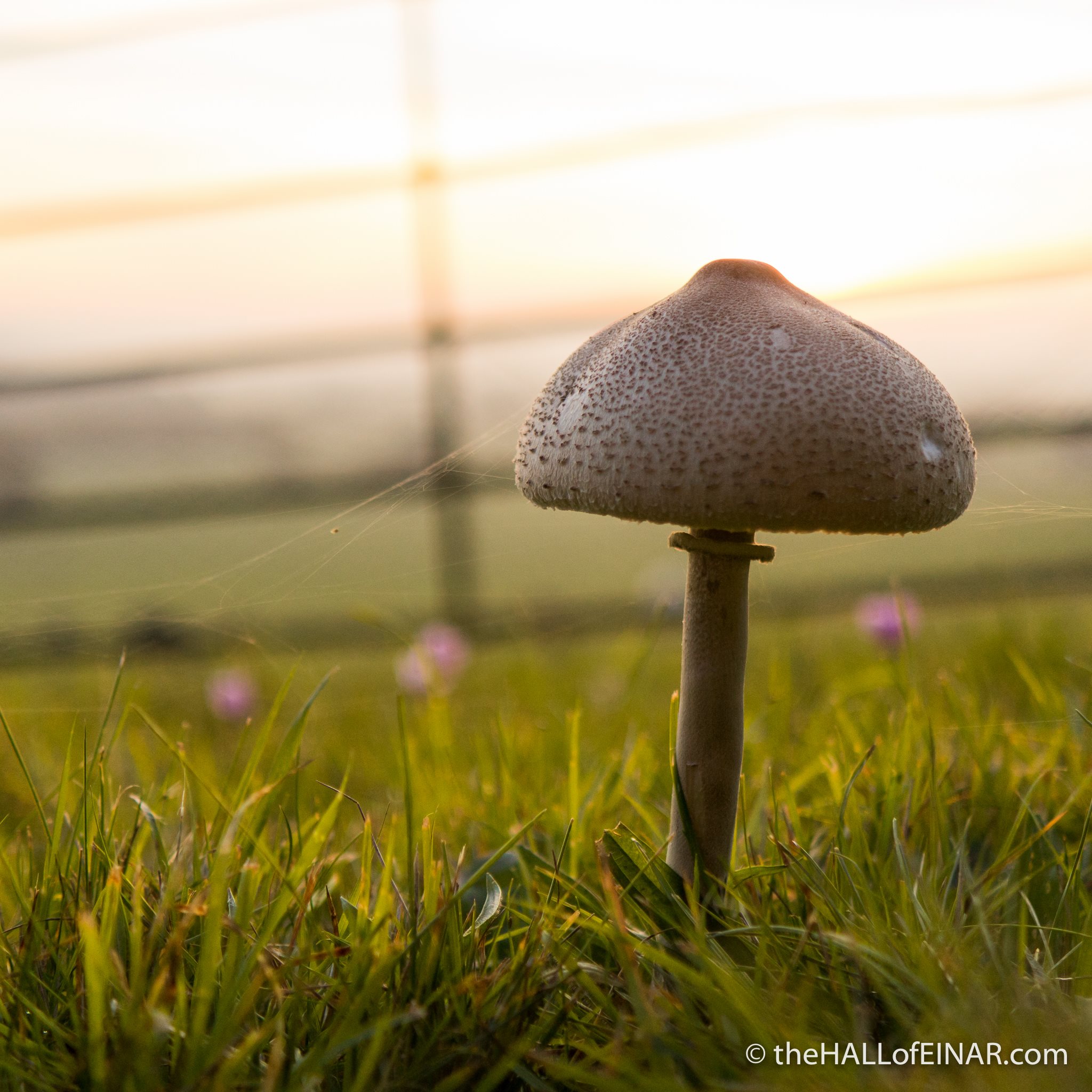 Curious cows gaze at us: 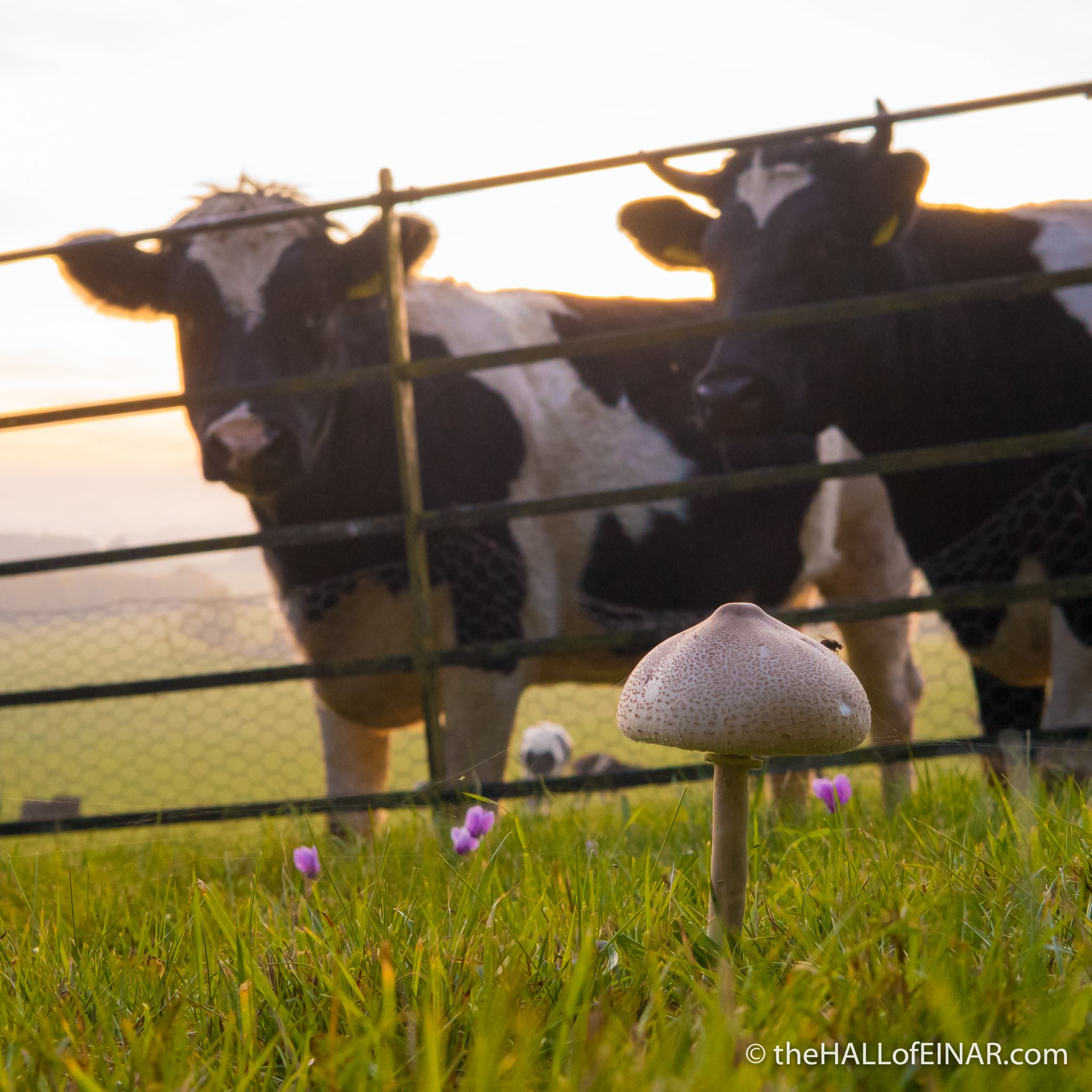 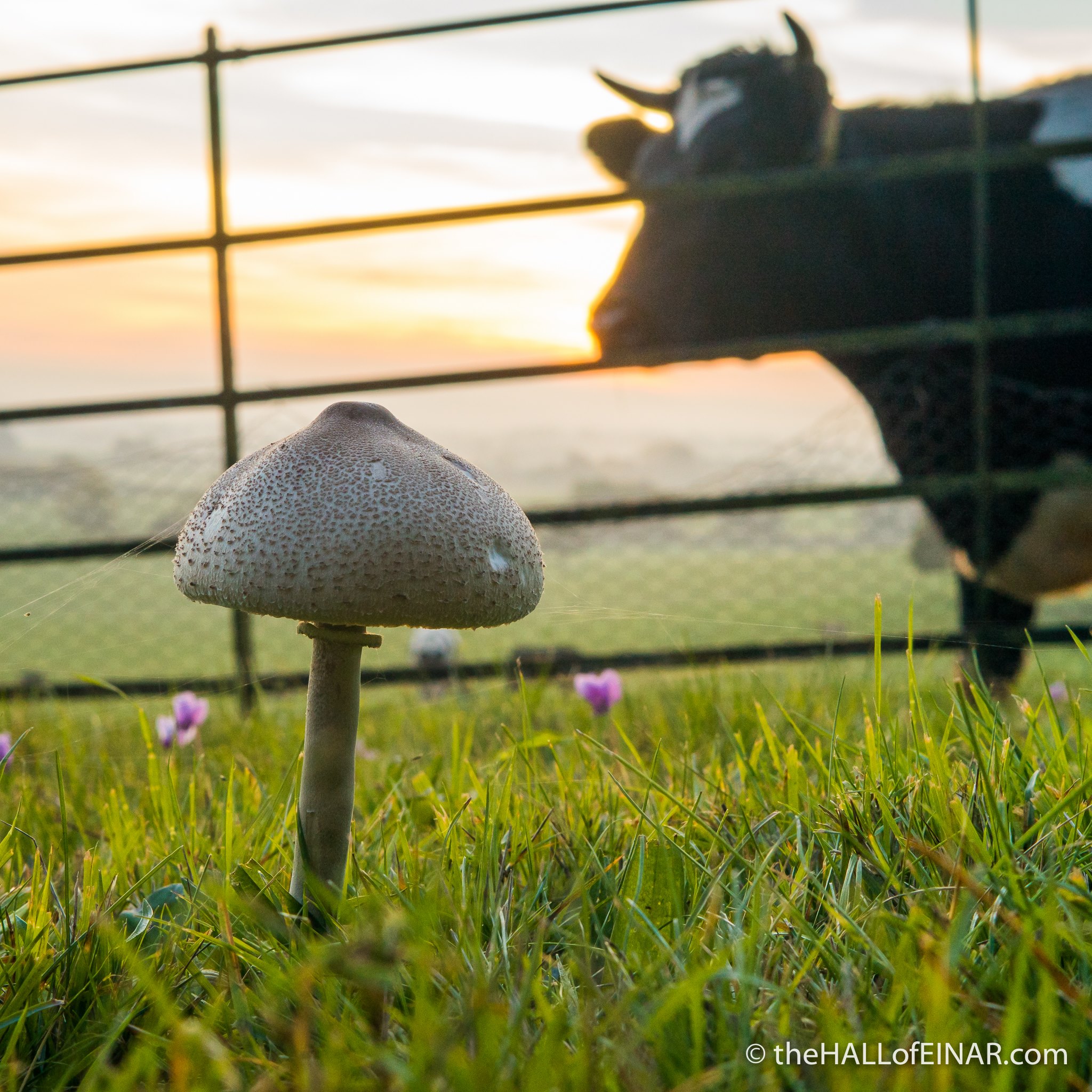 One more day and all the leaves will have gone, not driven by the wind, but collected in sacks by an army of gardeners with leaf blowers. 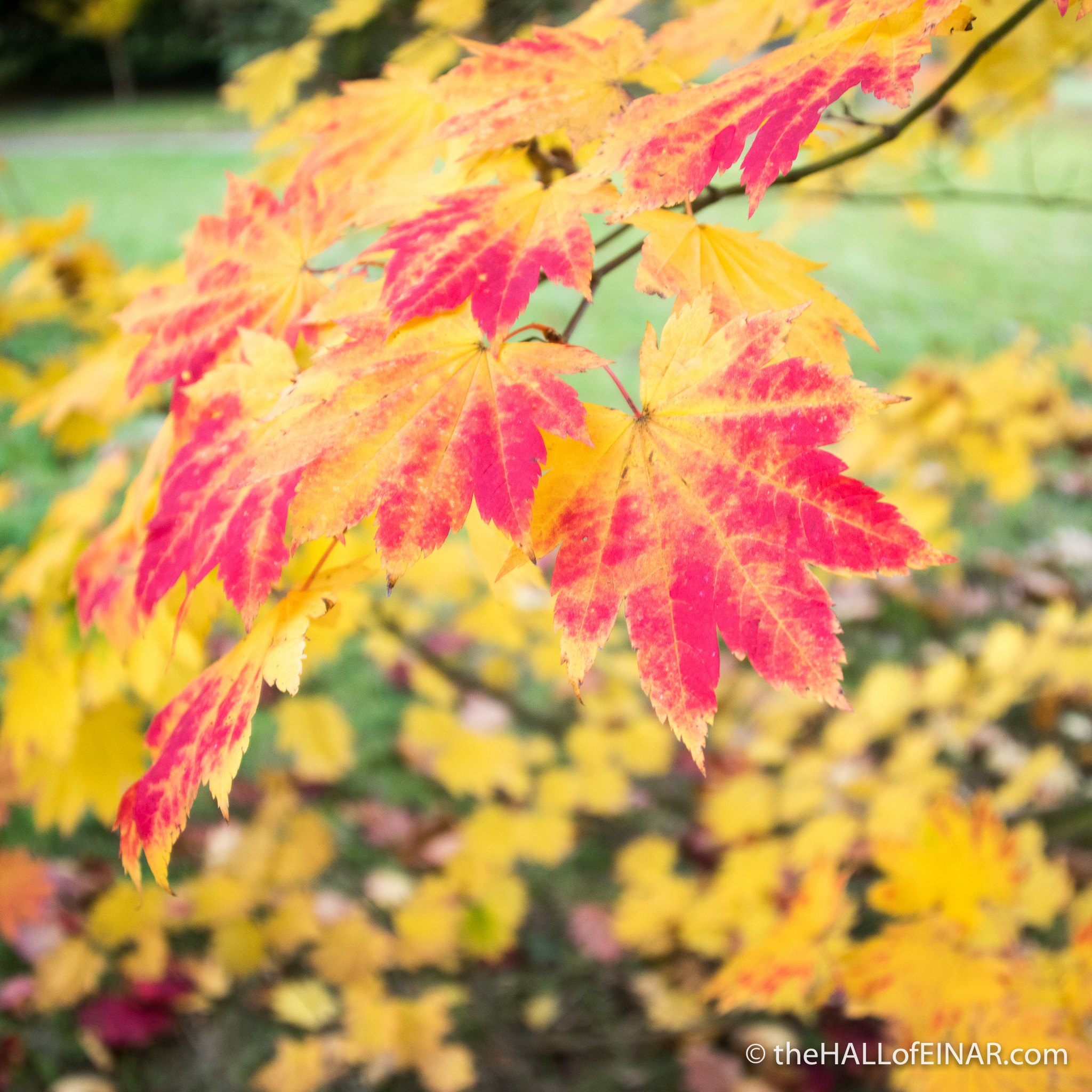