On the high mountain plain above Calascio in Italy we stop for a picnic and I see a black, white and yellow spider just inches from my face. It’s a Wasp Spider Argiope bruennichi: 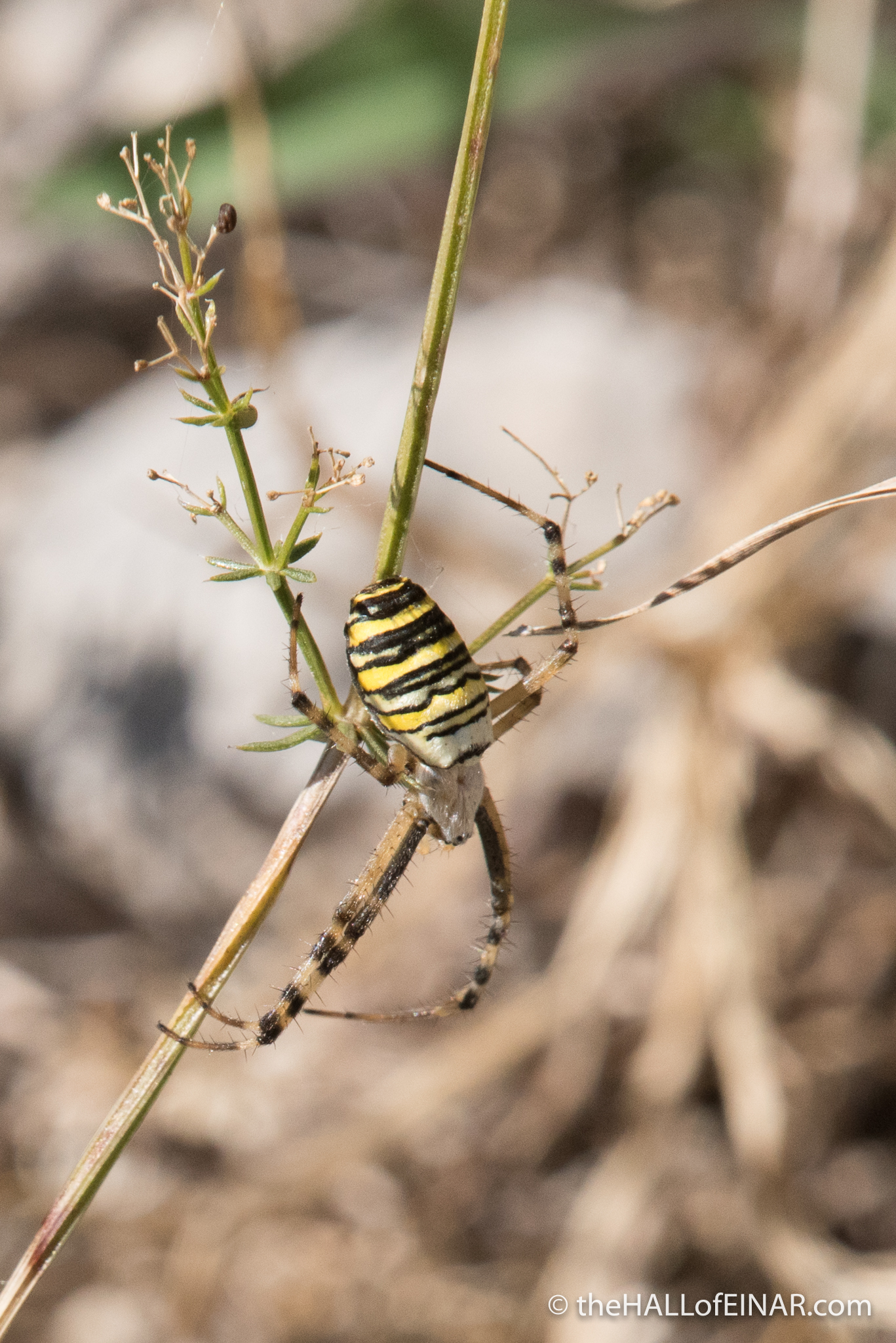 We’ve just seen a Praying Mantis which is a well-known sexual cannibal, where smaller males have to approach with caution and often have their heads bitten off. The Wasp Spider is just the same. This is the massive female; the males are tiny. It’s at times like this I’m glad I’m human, although I do give my girlfriend a worried glance. I decide to check out ‘sexual cannibalism’ on Google when we’re back at the Rifugio but then I think better of it. Best not to.

I know what it is instantly because on the plane over I’ve been reading the RSPB‘s magazine Nature’s Home and have seen an article about how they have spread to the UK: 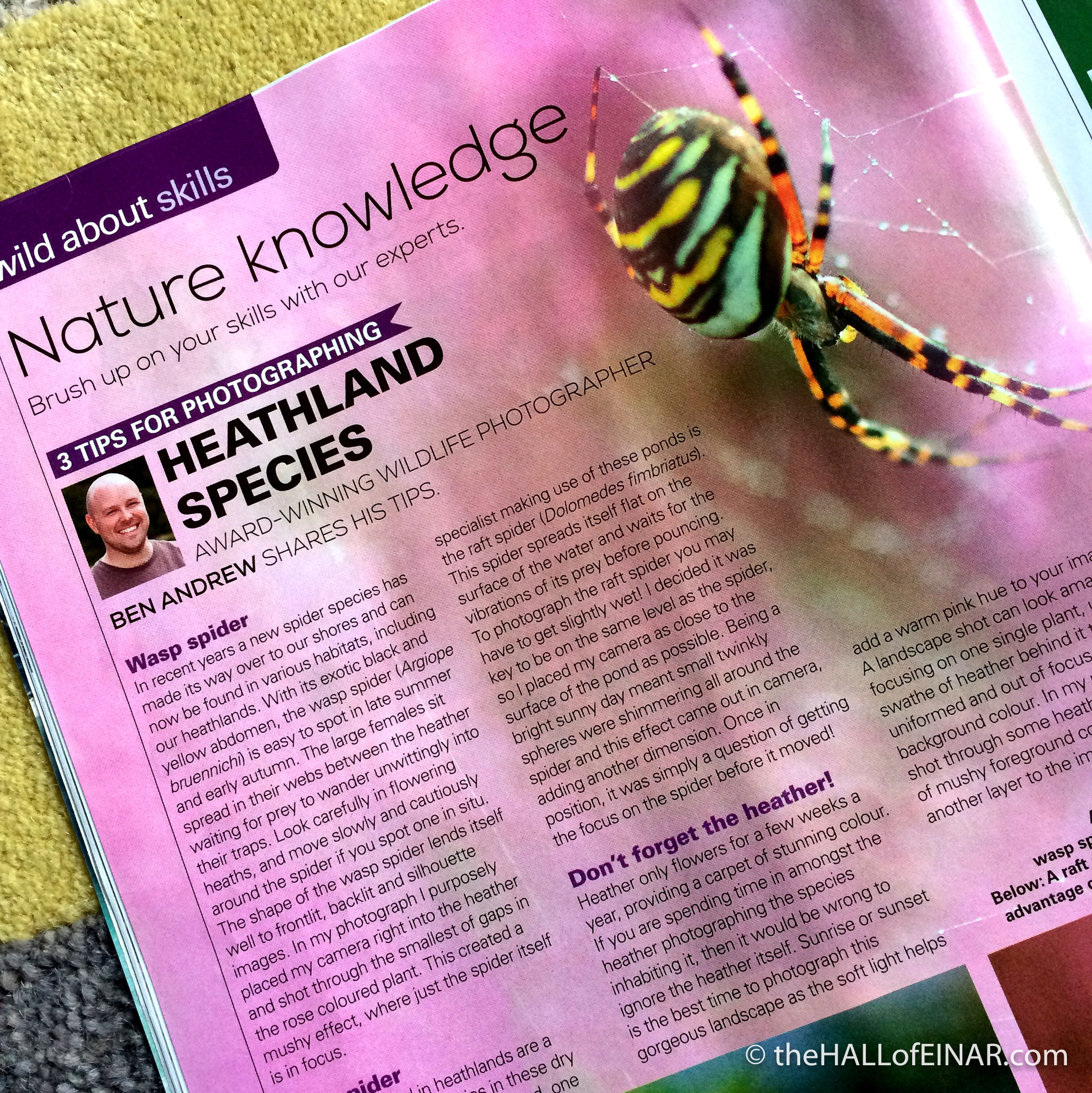 Some of the males have developed an adaptation to make sure that they are the last to mate with the female by using their entire body to ‘plug’ her after copulation. I decide to check out ‘plugging’ on Google when we’re back at the Rifugio but then I think better of it. Best not to.

It’s a delight as well as a disaster that it’s colonising the UK. We’d better get used to more invasive species as we carry on changing the climate to dangerous levels. It’s interesting how resistant people are to changing their behaviours and how dismissive they are of the scientific evidence of man-made climate change. What do you think it will take for people to accept that man-made climate change is a clear and present danger, that it will seriously impact on human life for countless generations and that urgent action is needed now?

More than a spider.