I’m walking around Villa d’Este in Tivoli. It’s the Renaissance masterpiece where hundreds of fountains flow with ornate carvings, pools, ducts and powerful waterfalls and spouts. 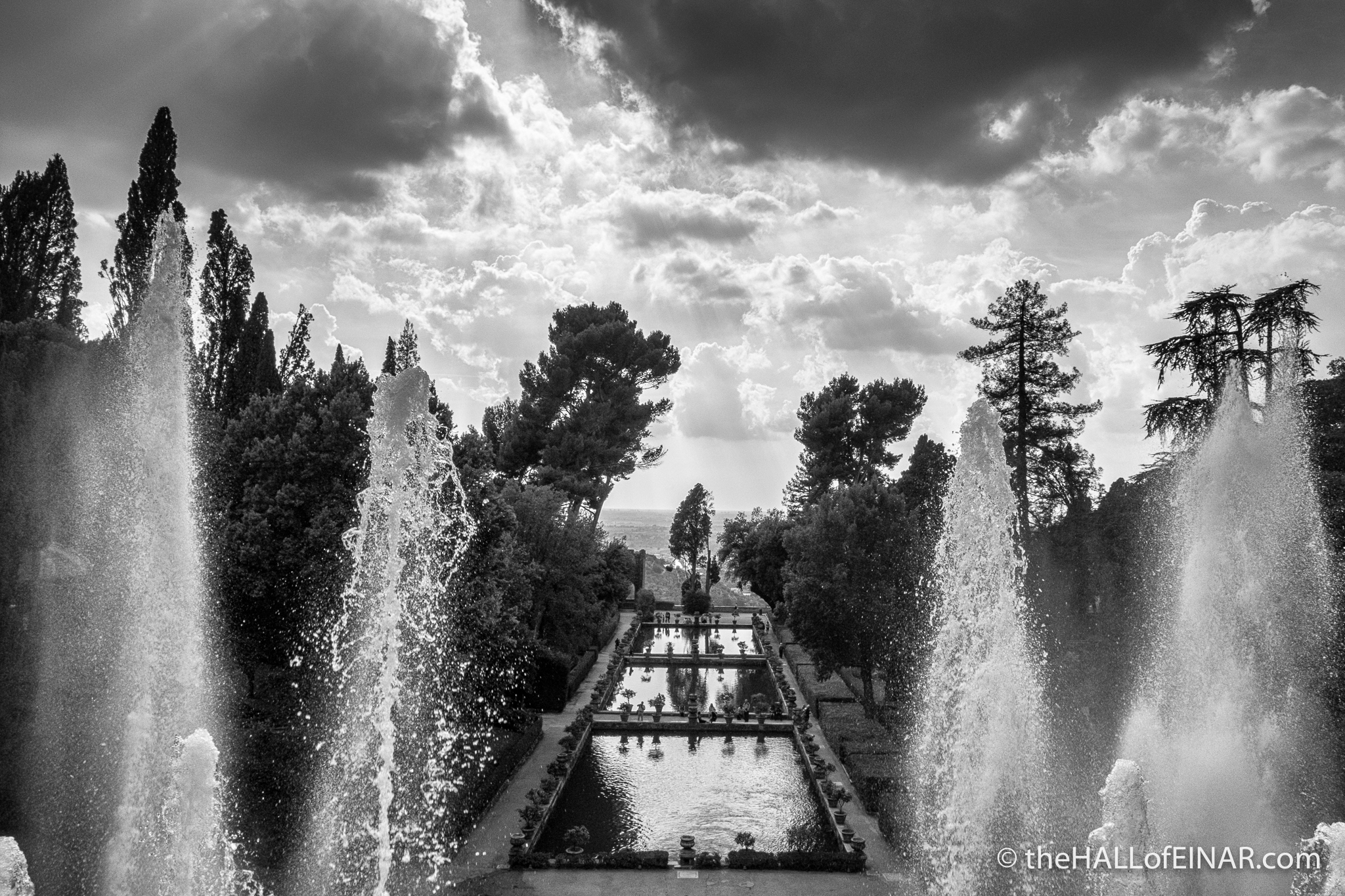 The wealth involved in constructing something this ornate in the 16th Century is amazing. Cardinal Ippolito II d’Este was nominated for Pope five times and was always unsuccessful. Maybe his lavish lifestyle had something to do with it. Apparently he was fabulously wealthy and always in debt; I’m not surprised, if he employed builders. He was given the lifetime position of Governor of Tivoli which included the important archaeological site of the ancient Roman Emperor Hadrian’s Villa, the Villa Hadriana. This meant he could plunder Hadrian’s Villa of anything his builders could carry, including its marble and statues, and put it in his personal garden.

Despite it being a masterpiece of construction, a UNESCO World Heritage site and breathtakingly beautiful, some people still think it’s more interesting to look at their smartphone here: 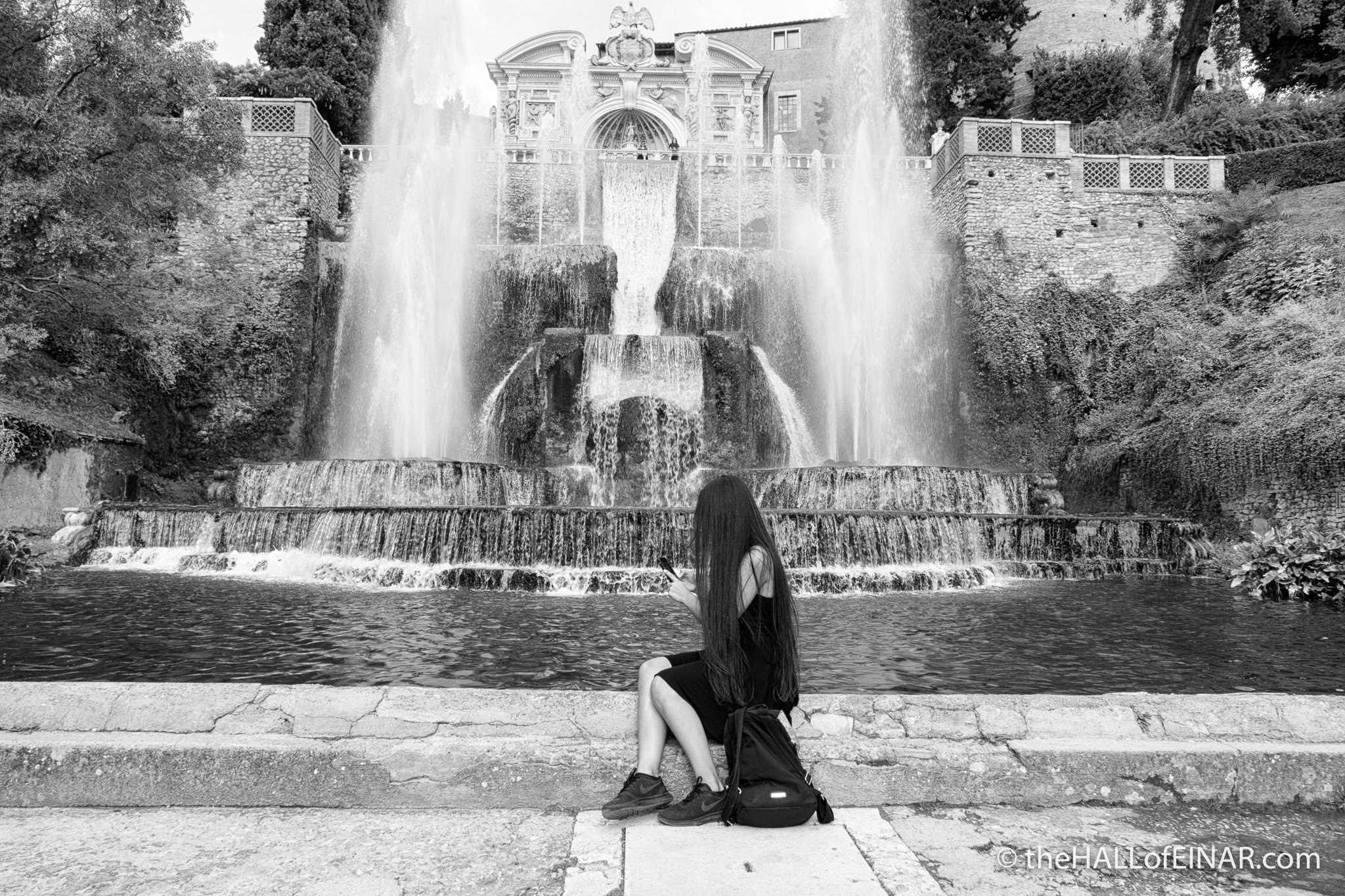 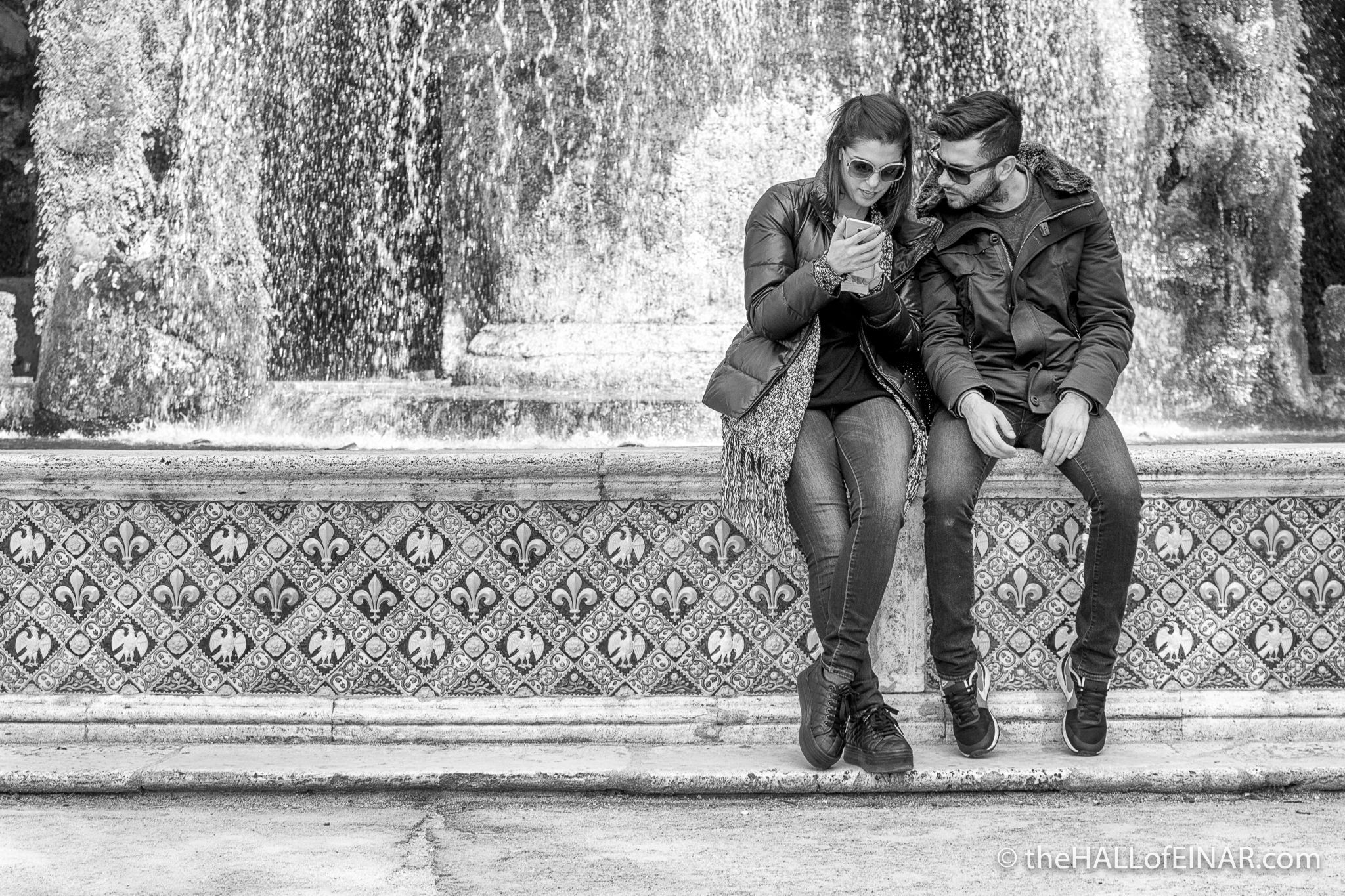 There’s a Fountain of Diana of Ephesus, or ‘Mother Nature’ here who appears to be leaking profusely. I’m told this is how it feels after you’ve just given birth: 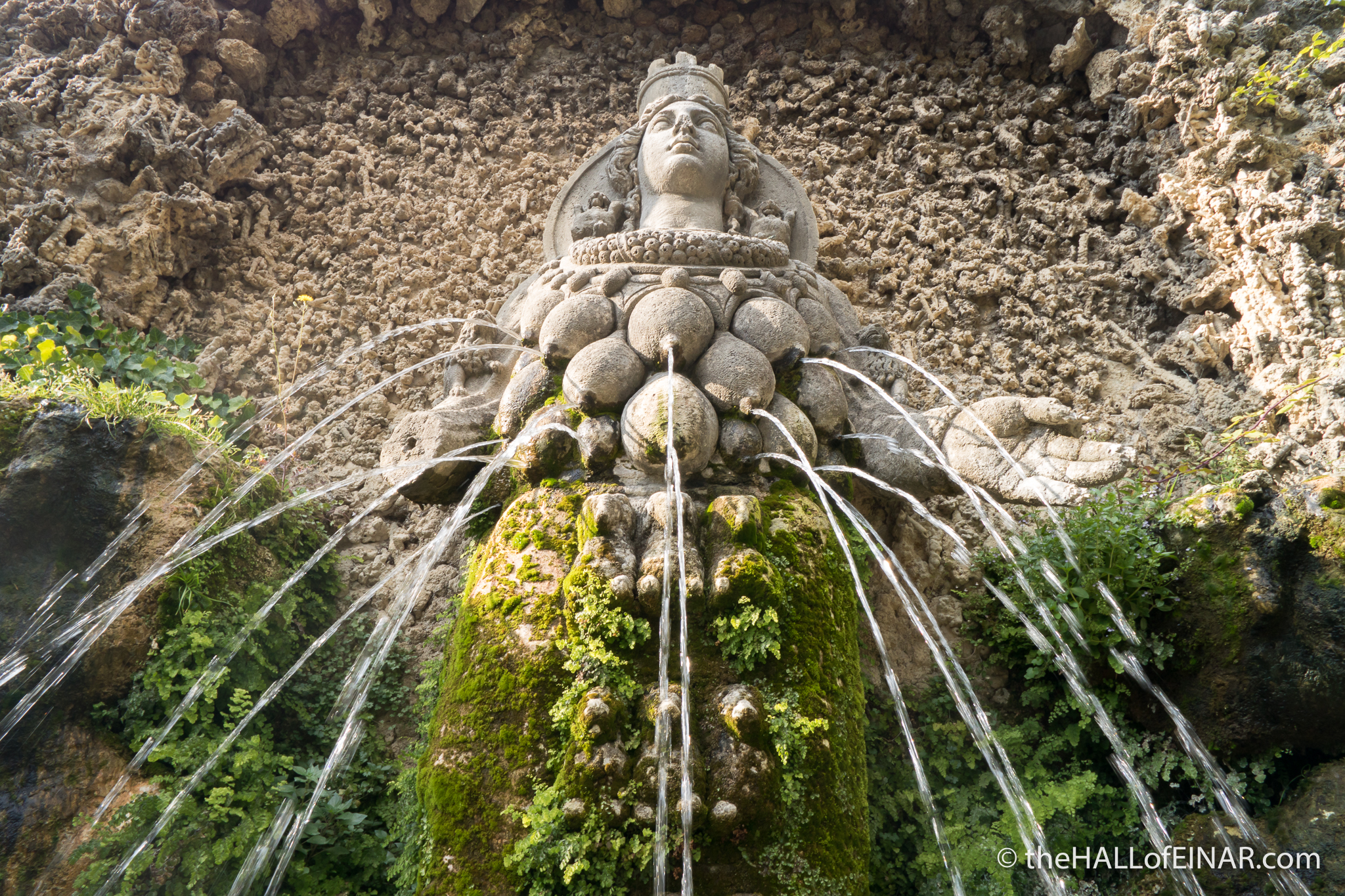 All that water means there are lots of ferns, mosses and what interests me most, lots of Liverworts. Liverworts are simple plants which only have one set of genetic information in their cells, unlike humans who have two sets (one from your mum and one from your dad), and bananas which have three sets (don’t get me started).

They are very simple plants which are a maximum of 30 cells thick and don’t have any specialised cells to carry water or nutrients around their bodies. They are the oldest surviving, relatively unchanged, plants on land. 470 million years of evolution has just passed them by without them changing much, if at all. In that time there’s been the evolution of every type of plant shape with incredibly complex branches, leaves and flowers.

Liverworts have just carried on as they were: 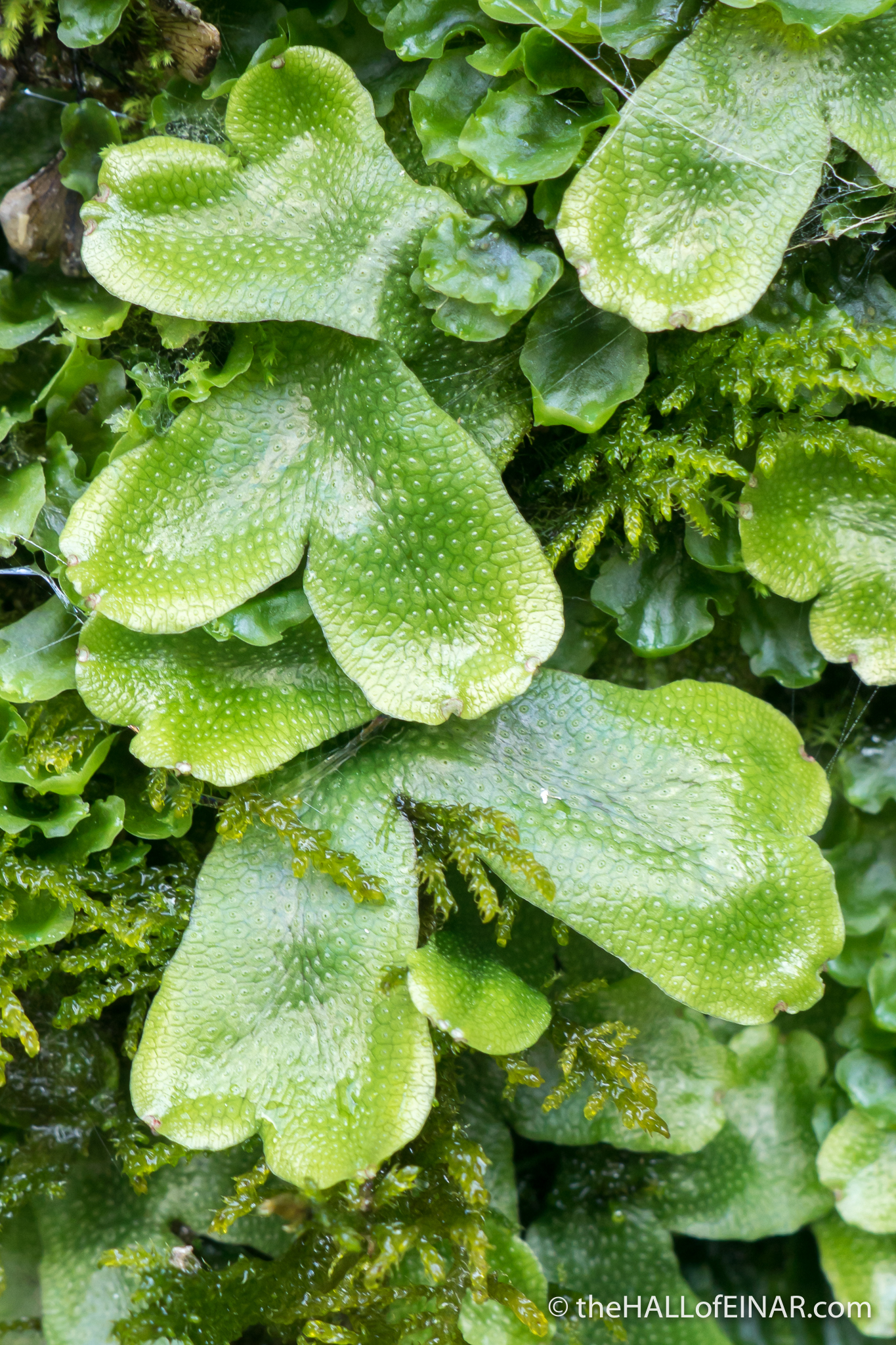 They are called Liverworts because of anti-scientific religious ignorance, just like Lungwort, Spleenwort and Toothwort are, or like Passion Flowers. It was Jakob Böhme (1575–1624) who first spread the ‘doctrine of signatures’. He suggested that God marked objects with a sign, or ‘signature’, for their purpose. Liverworts look like livers so God must have made them that shape as a sign to us that they were a medicine for the liver. 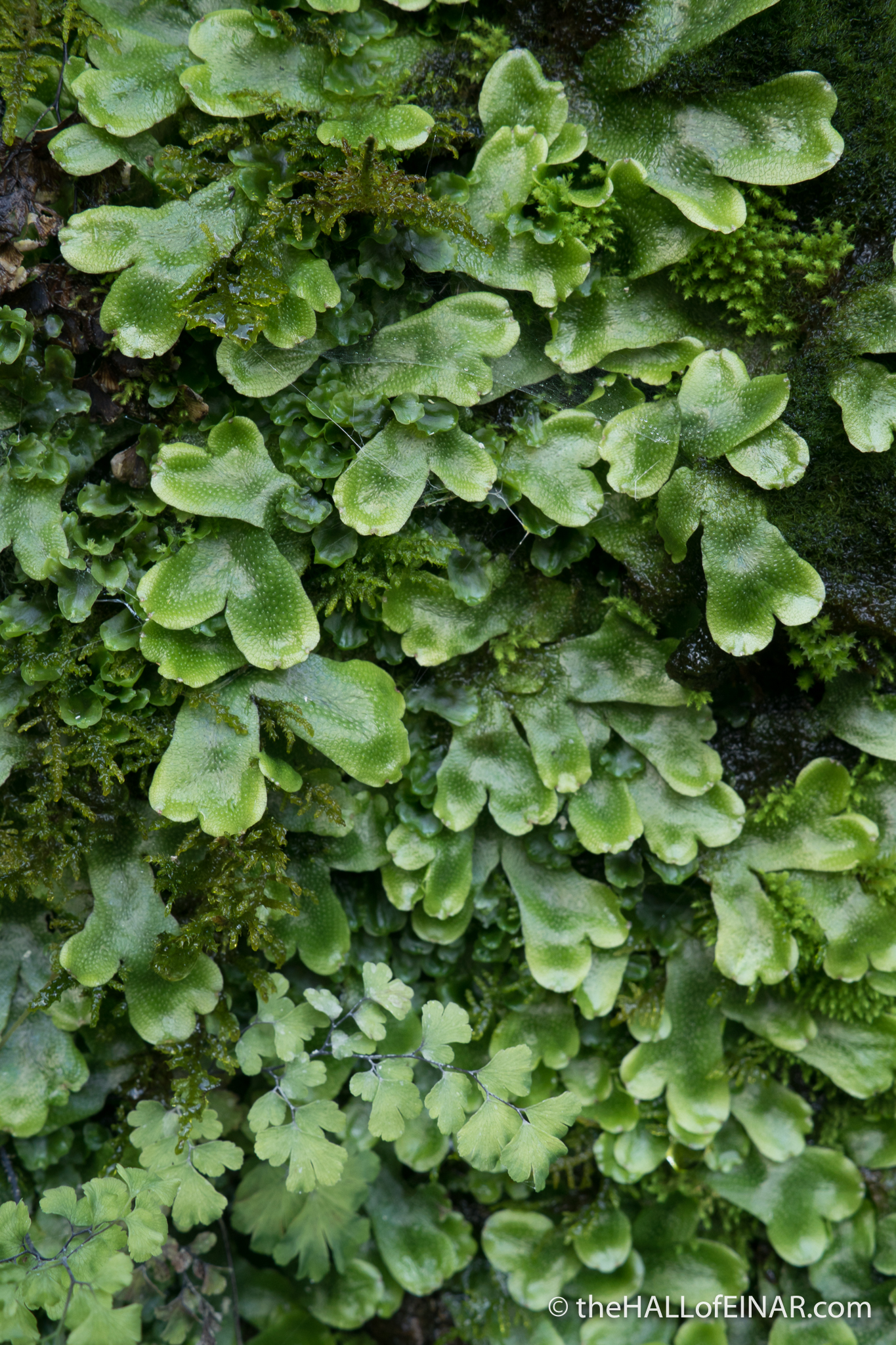 The botanist William Coles thought God had made ‘Herbes for the use of men, and hath given them particular Signatures, whereby a man may read … the use of them’. He then went on to say walnuts must be good for your brain. I think he must have had a brain the size of a walnut to think that; without the scientific evidence. So many books; so much superstitious nonsense published. 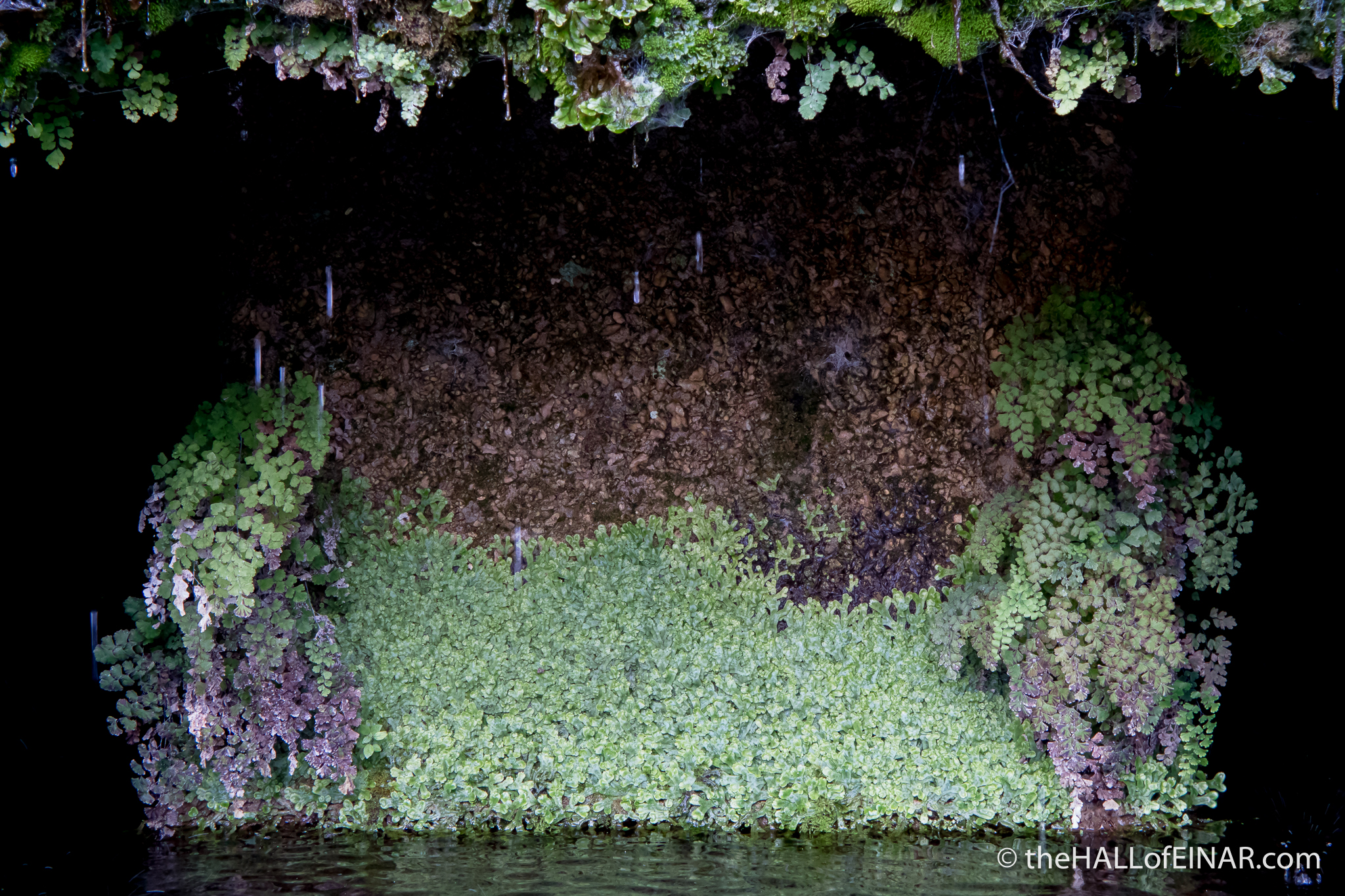 Scientists from Bristol and Cambridge Universities have studied Liverworts properly and used time-lapse imaging, growth analysis and computer modelling to show how Liverworts actually grow to be that shape. In Liverworts the small differences in growth rates between different growth points on the edges of their flattened ‘lobes’ are what generate their overall shape. Plants have a growth regulating chemical called auxin which moves a short distance and controls the speed at which each area grows. How much auxin Liverworts produce and where is governed by their genetics and that’s determined by how successful they were at reproducing compared with others. It’s selection; naturally.

The main reason the liver has lobes is that there’s only one liver when you have two of many other organs, like kidneys. Your liver’s got two halves like your heart or your brain. Or, as William Coles might have said, it’s got two halves just like a walnut. The liver also has more than two lobes if you are an animal with a bellybutton. Being a mammal and having a placenta attached to your bellybutton means you have large blood vessels going through your umbilical cord. These end up as a ligament which divides your liver again.

Facts are more difficult than imagination and still valued less by society. 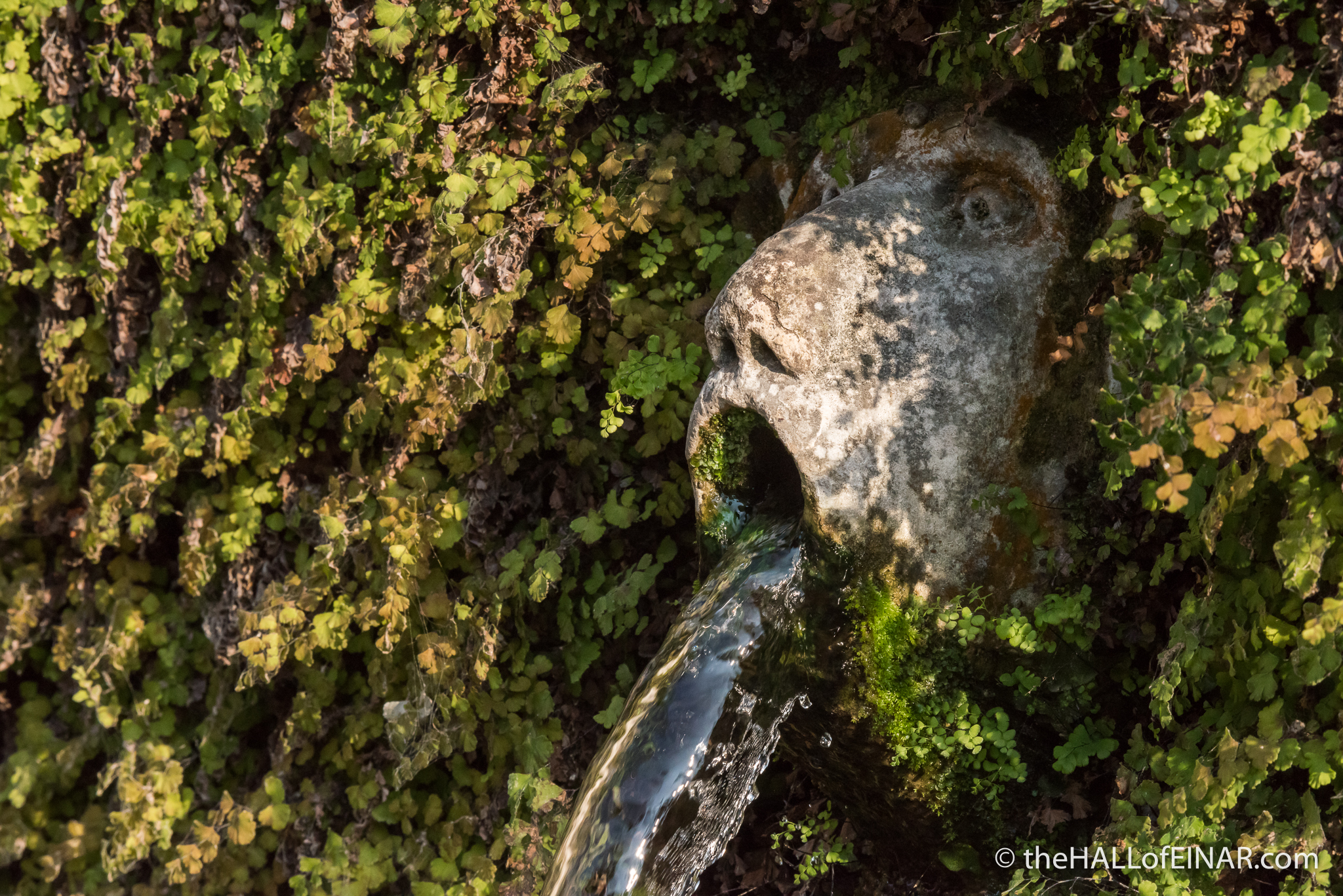 It’s late now and time for a beer. I’m going to do some damage to all four lobes of my liver with some Italian beer. Cheers!

2 Responses to "The Doctrine of Signatures"