I’m wandering around Tivoli with my camera. I’m in the Parco Villa Gregoriana. I expected there to be a fine house called the Villa Gregoriana but it’s just a park. Being a National Trust member comes in handy as they let me in without paying the €7 entry fee. Result. 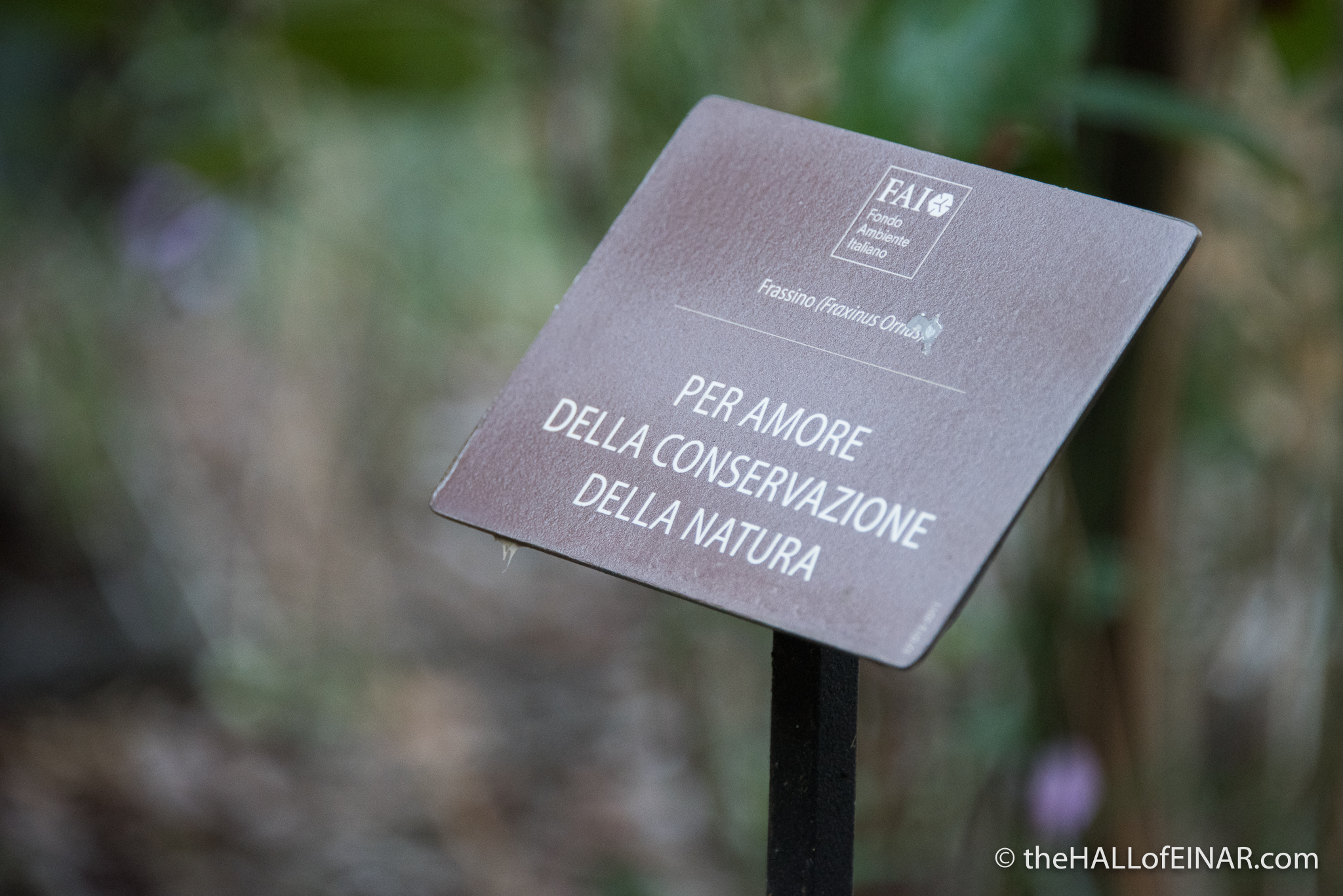 But then I find there are too many dedications to lost loved ones, as memorials litter everywhere else, not just on the park benches. Up on the hillside I can see a large circular temple. It’s over 2,000 years old and called the Tempio di Vesta, or the Temple of Vesta. Vesta is the Roman goddess of hearth and home or a brand of matches, whichever you prefer. 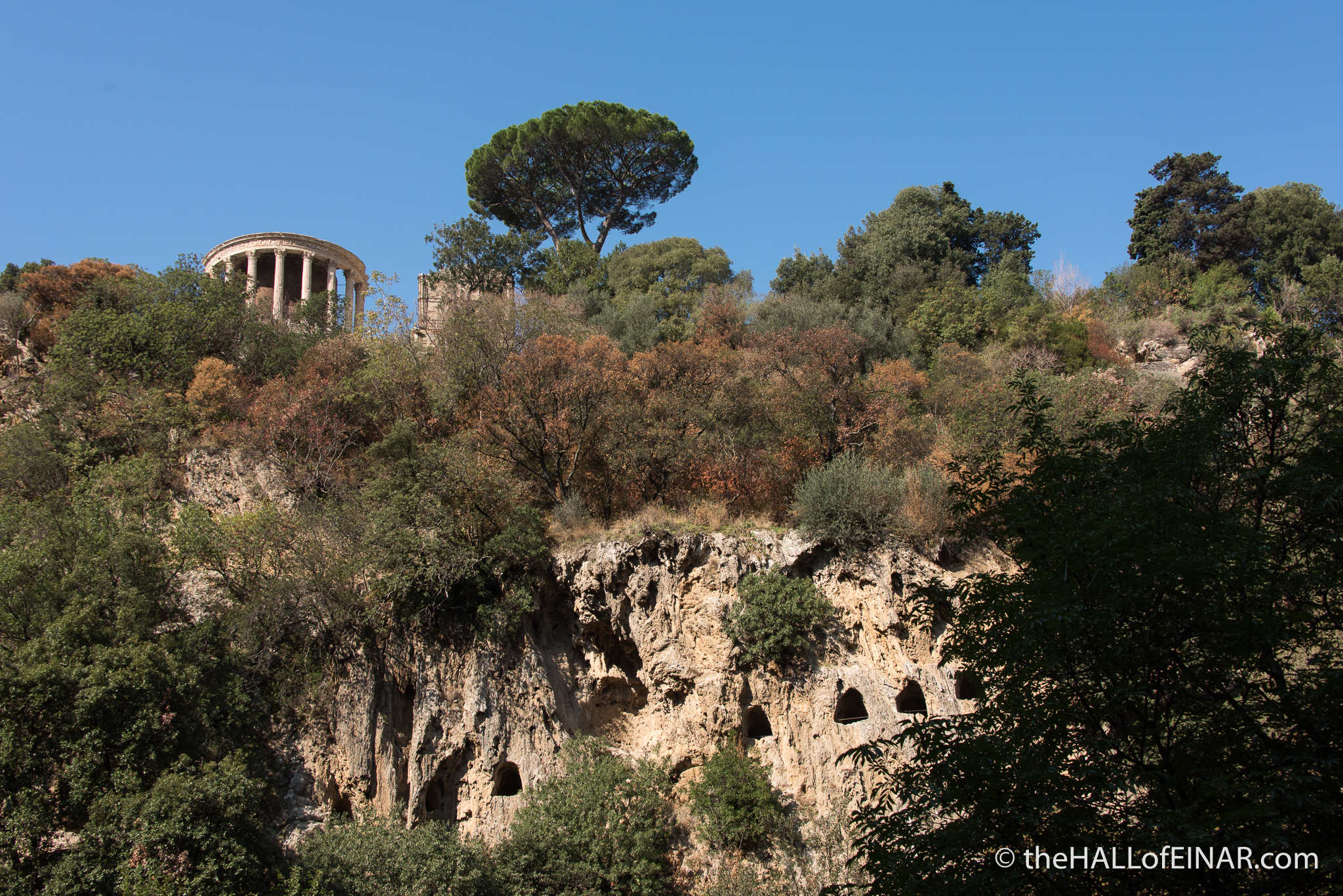 It’s been the model for cheesy garden ornamentation by rich people who worship Vulgar rather than Vesta for centuries. In England there are: General Pitt River’s 1890 Temple of Vesta at Sandroyd School in Wiltshire; William Kent’s Temple of Ancient Virtue at Stowe and Sir William Chambers’ Temple of Solitude at Kew. Having said that, the ancient Romans based their temple on ancient Greek buildings, so it’s possible they were viewed as vulgar at the time. The more things change, the more they stay the same.

It’s great to see how beautifully proportioned the original is and how perfectly it sits in the landscape, poised on the cliff-face over the waterfalls of the river Aniene. Cut into the cliff is a tunnel walkway with windows over the waterfalls. It’s idyllic here.

In the heat I see a lizard scuttling in the undergrowth. I wonder whether it’s an Italian Wall Lizard, sometimes called a Ruin Lizard? 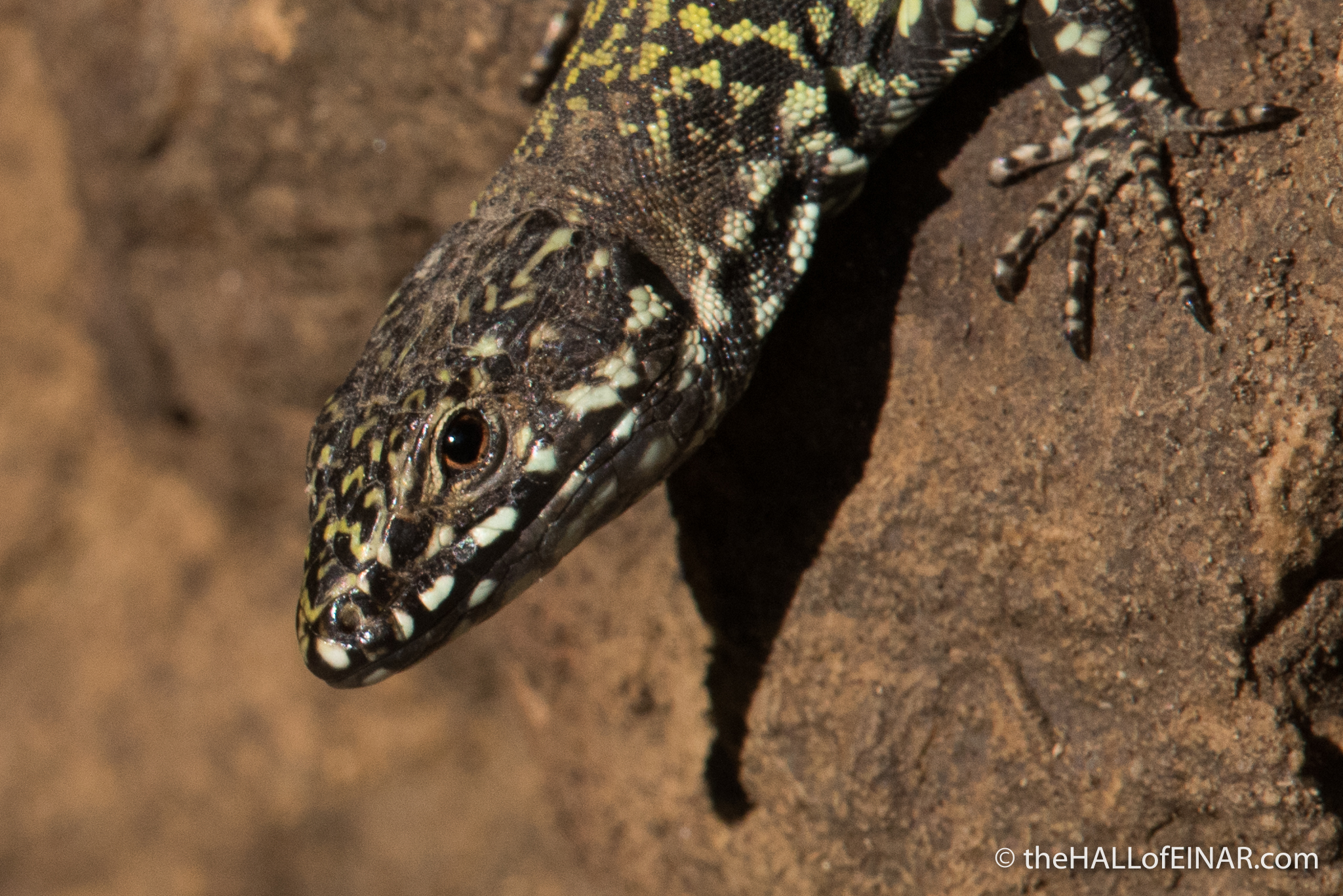 Their skin patterns are so variable that every one I see looks nothing like the photographs on the Internet or the illustrations in the books.

I love watching them eat. When their bodies are hot they can run so quickly and their senses are so heightened that they can disappear without you even knowing which way they went.

Two hours have passed and now I need to know which way lunch is.