I’m at Crime Lake. Apparently no crime was committed here, but having seen the six lanes of motorway built through beautiful countryside, I doubt it.

It’s part of Daisy Nook Country Park. Daisy Nook isn’t the original name, but the name of an imaginary place which an artist was commissioned to paint. He based it on this place and the place took on the name of the painting. It really is a case of life imitating art.

There’s a Moorhen on the canal here: 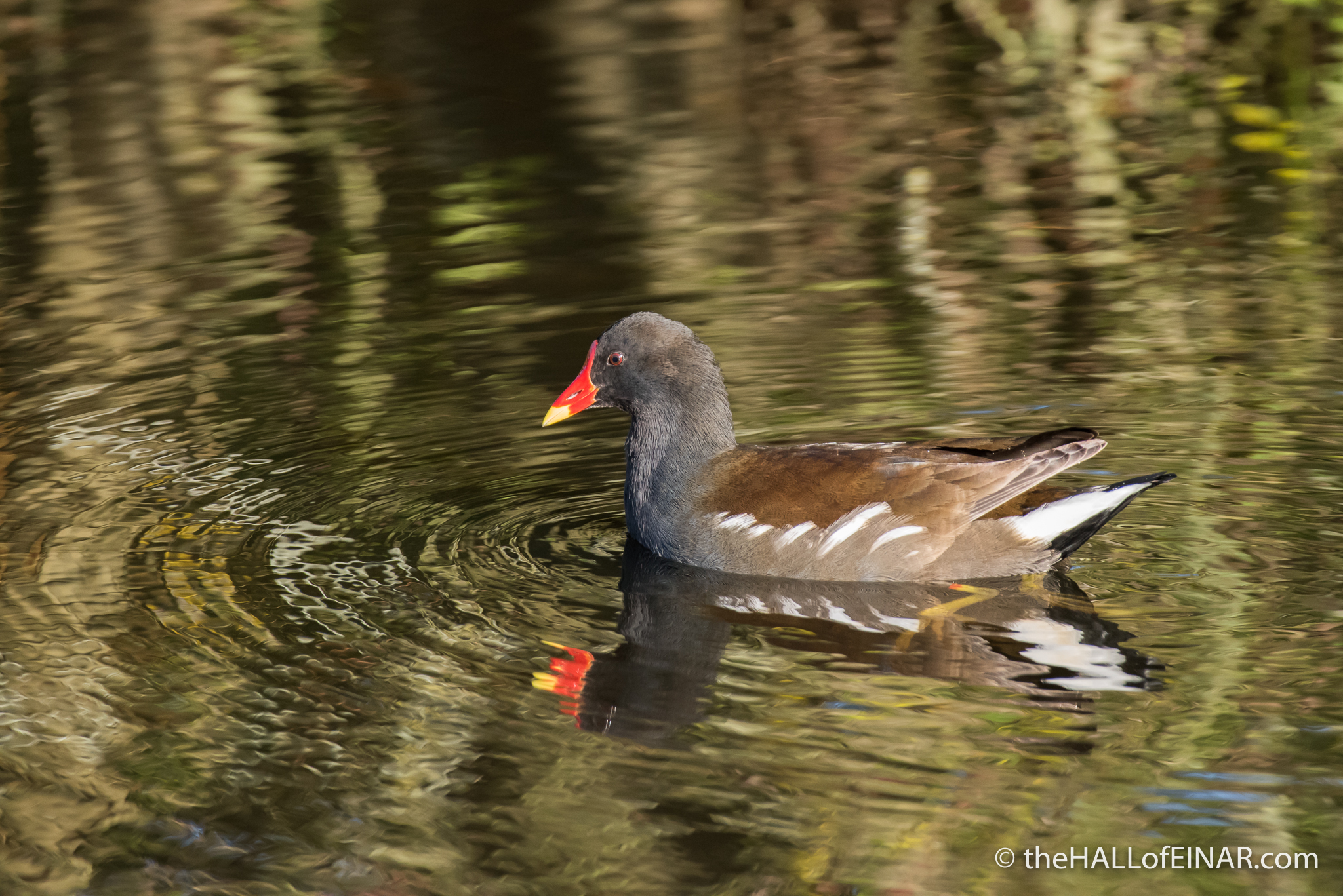 Its colours are spectacular: 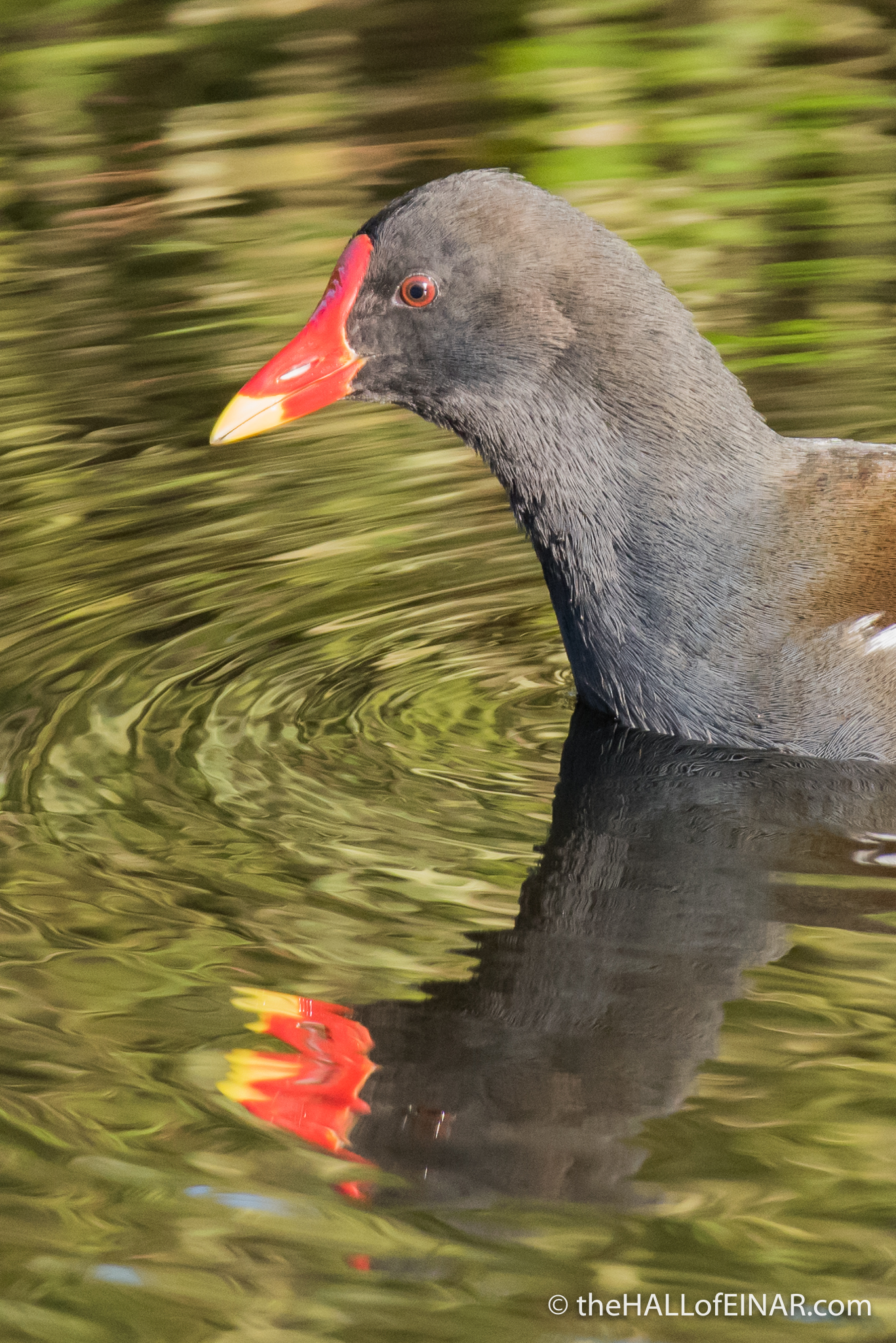 The Moorhen’s red eye ring matches the red base of its bill. 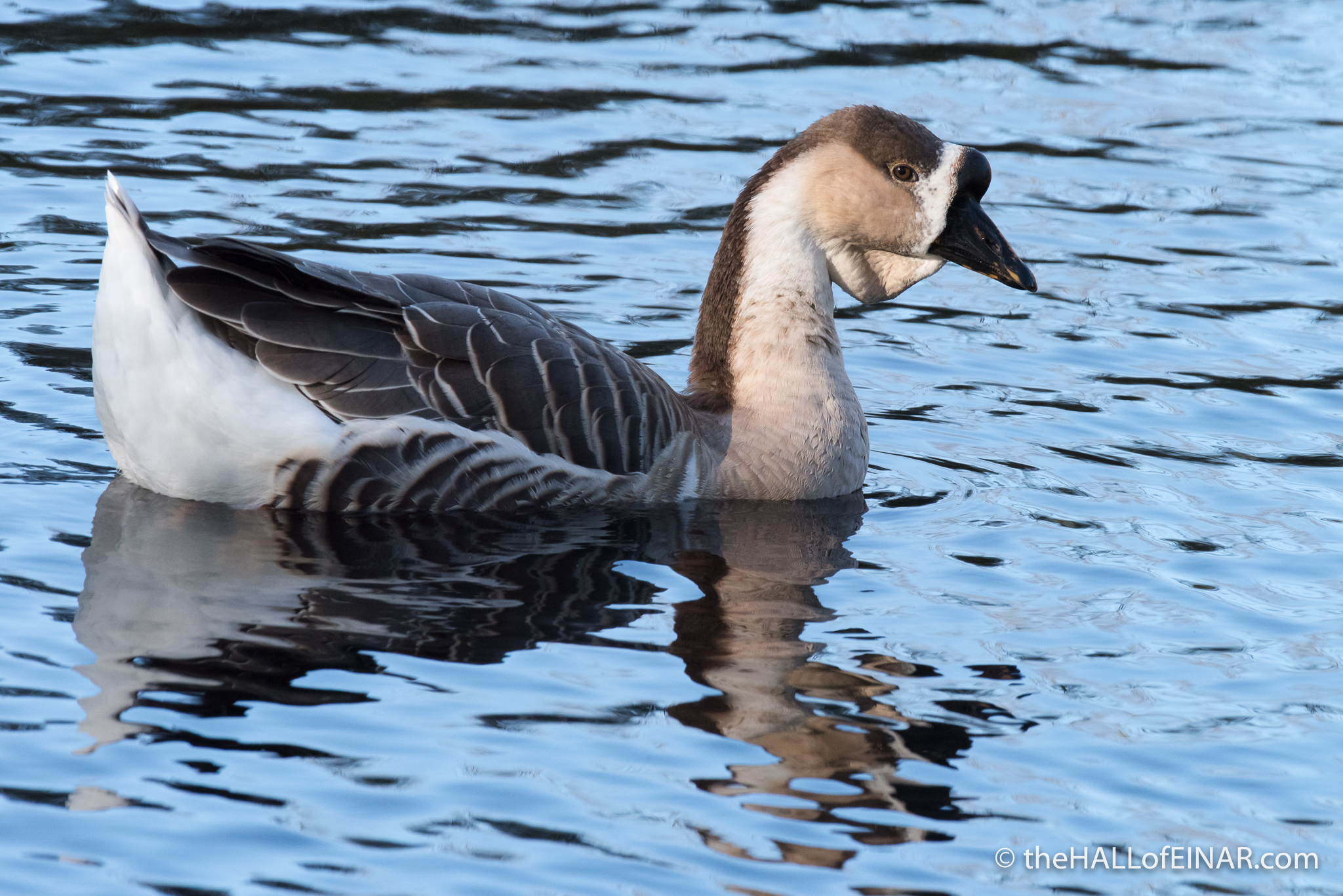 I love the pattern of subtle colours on their feathers: 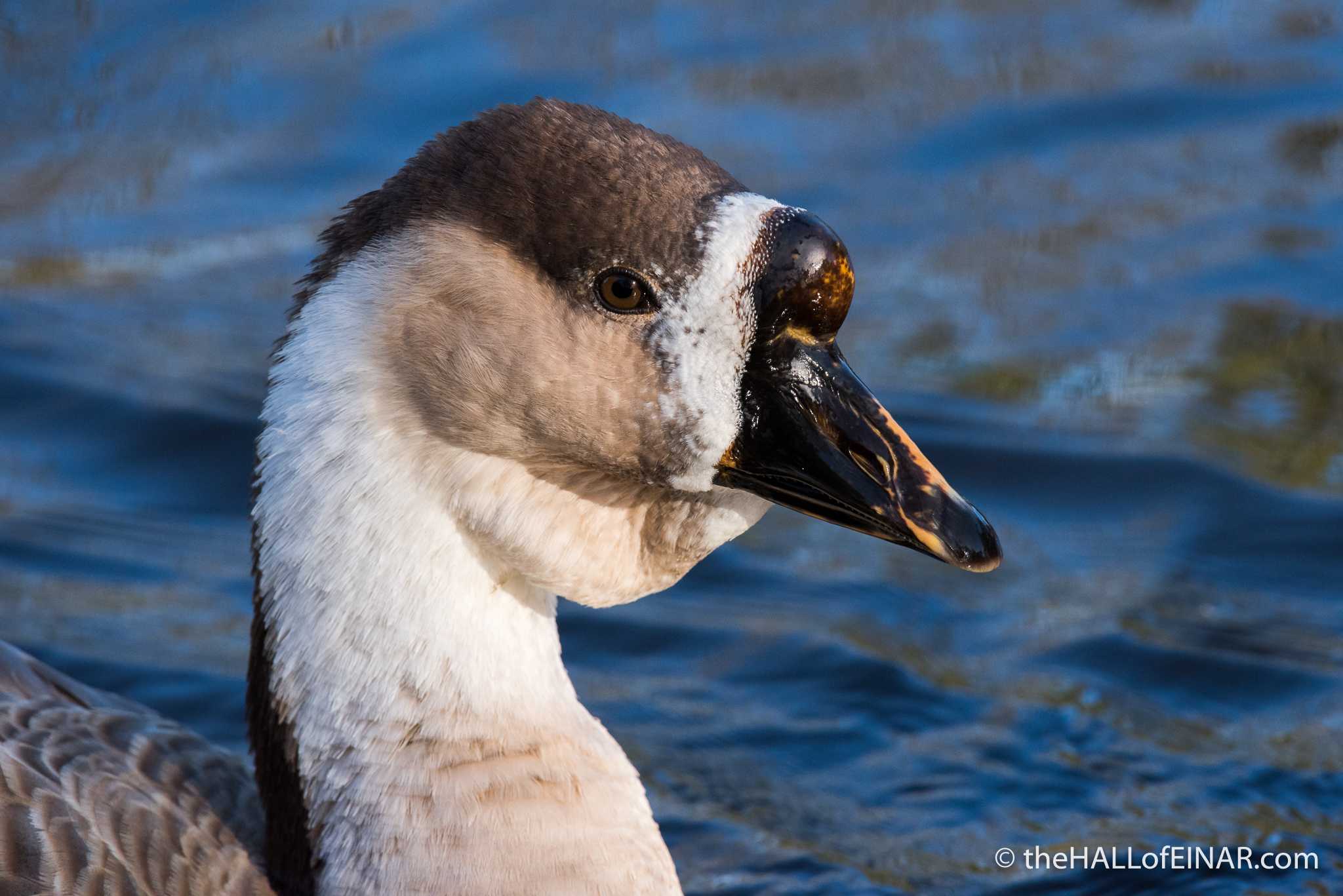 There’s a noisy Robin on a branch. From this angle it looks like a sphere: 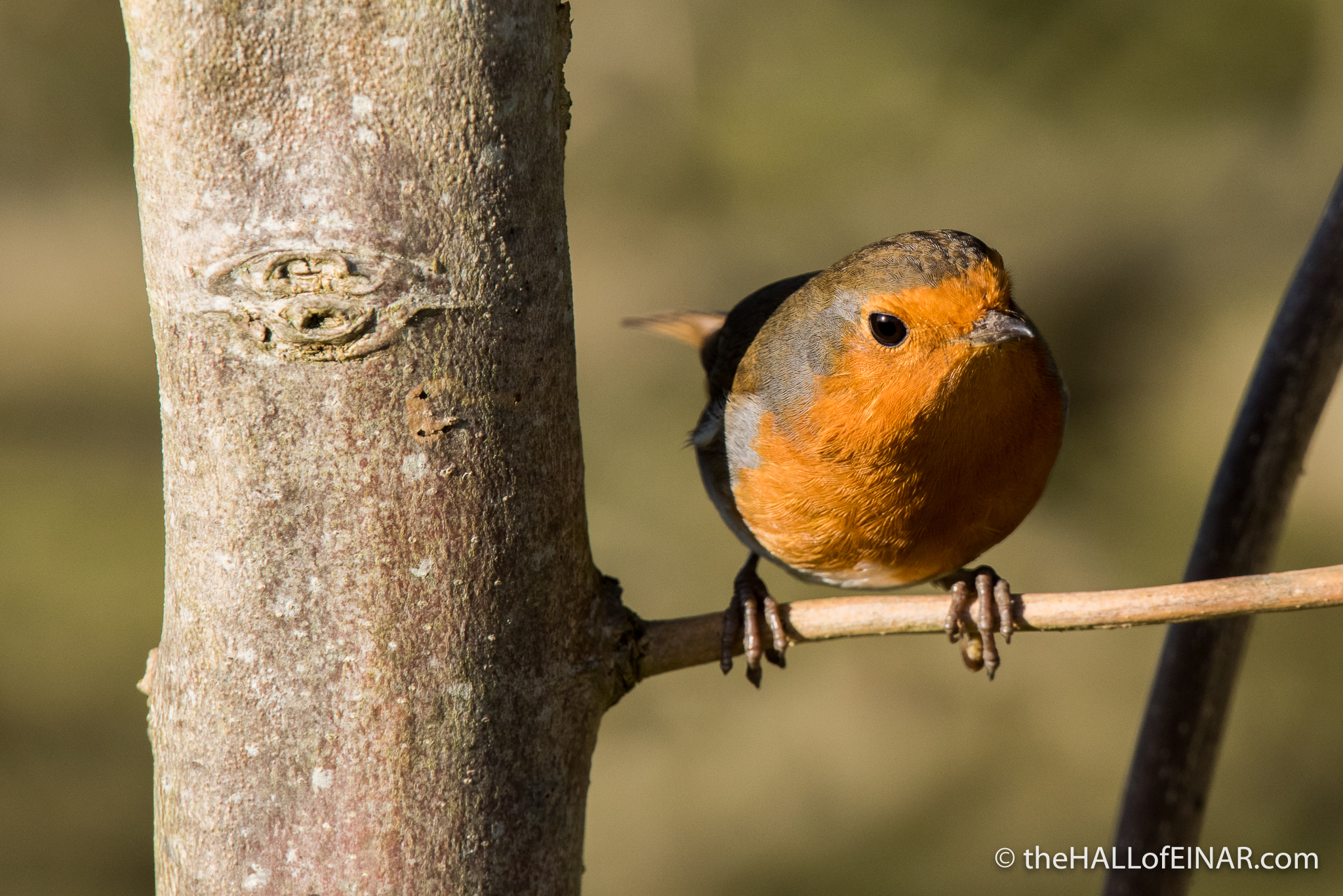 This Nuthatch is so quick that I have to have my best reaction times to capture just this one image of it. The slate blue-grey and apricot-orange plumage and its eye-stripe are so clear in this low morning light: 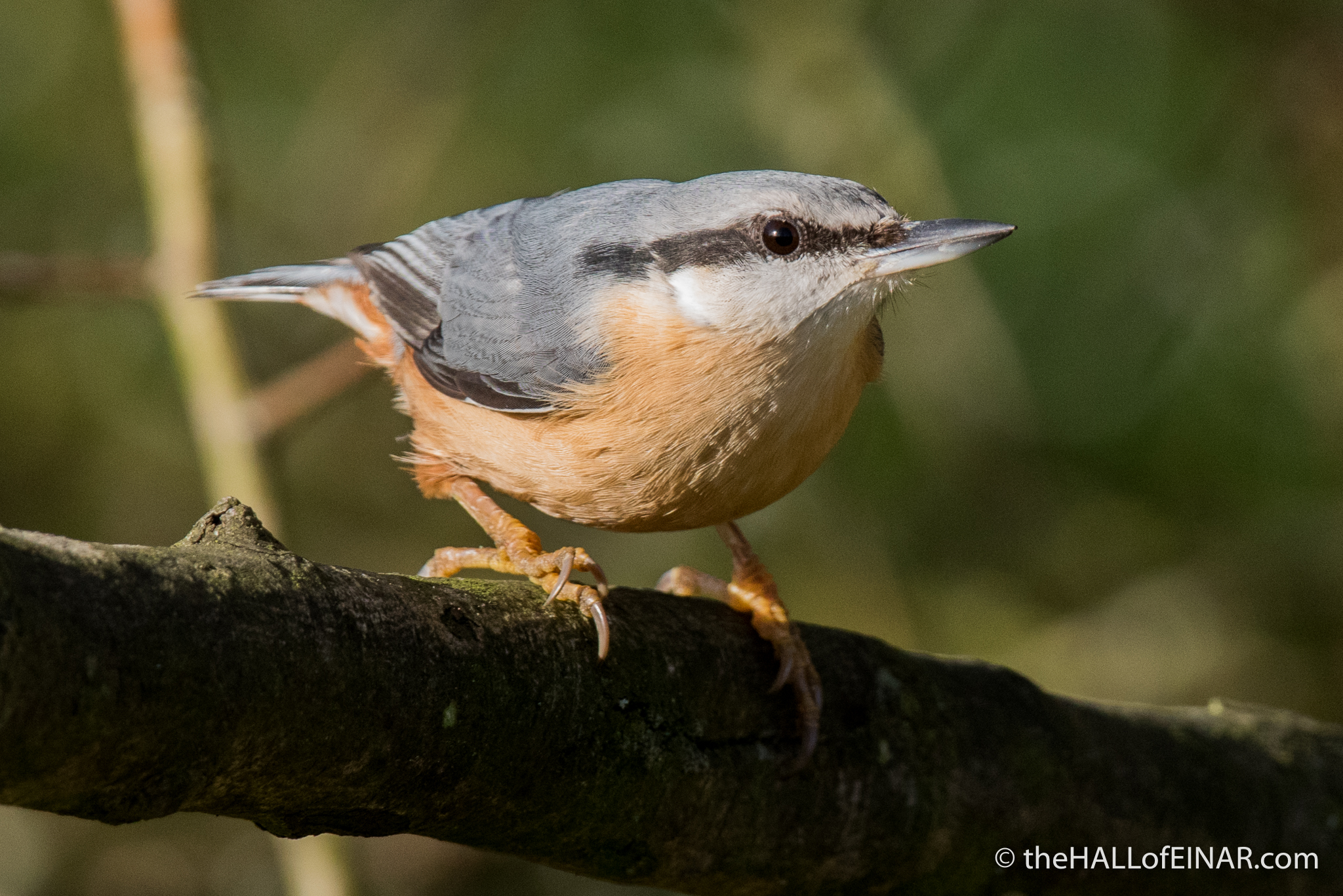 There’s a Blue Tit coming in close, tempted by a few sunflower hearts. I can’t tell whether it’s a male or a female. Blue Tits would be able to though, as male Blue Tits have a bright crown in ultra-violet; a part of the spectrum birds can see but which is invisible to us: 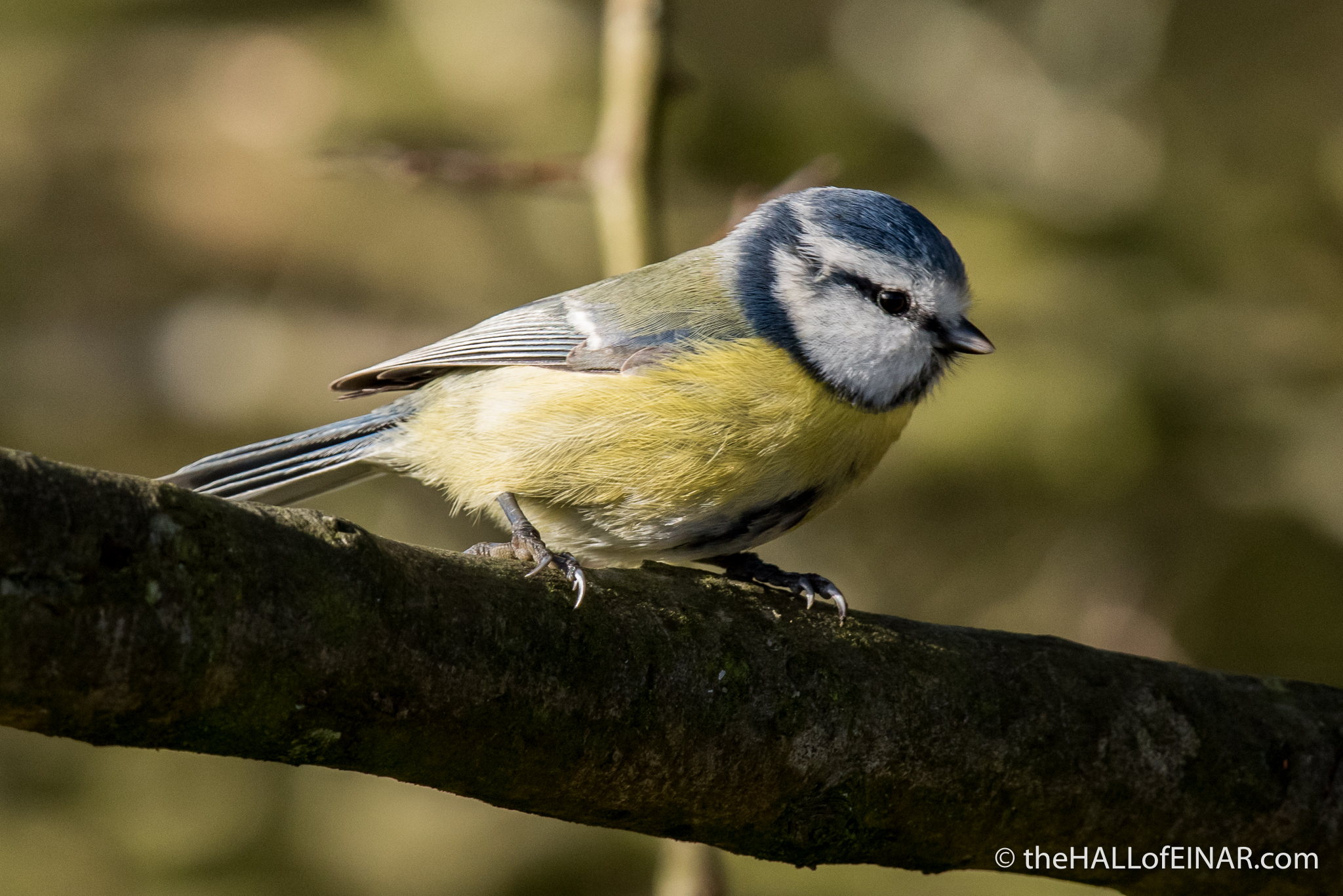 It picks a sunflower heart up precisely and flits off: 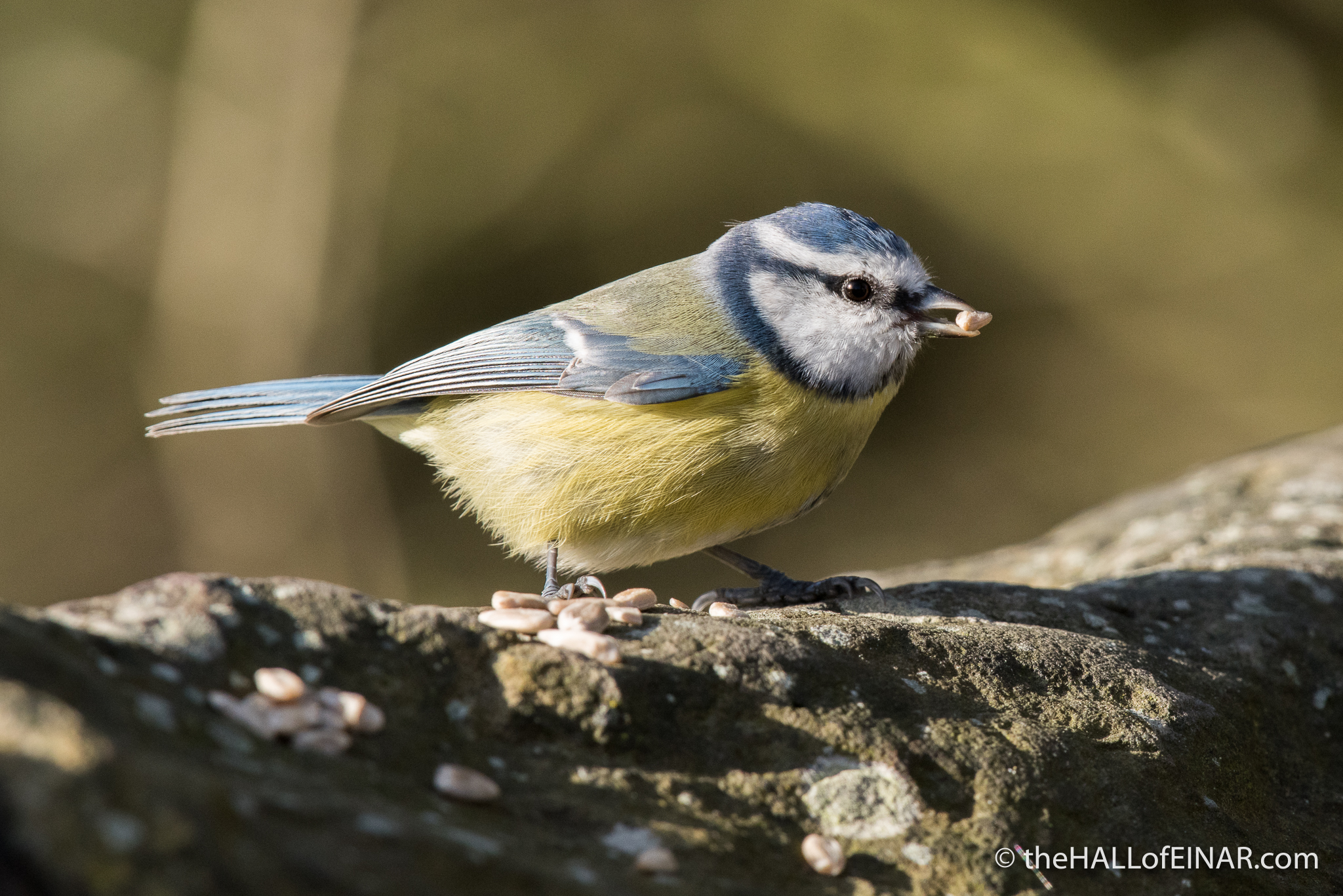 A Coal Tit makes the same journey. There’s a flock of tits in a nearby bush in a holding pattern watching and waiting for their time to land at the food airport: 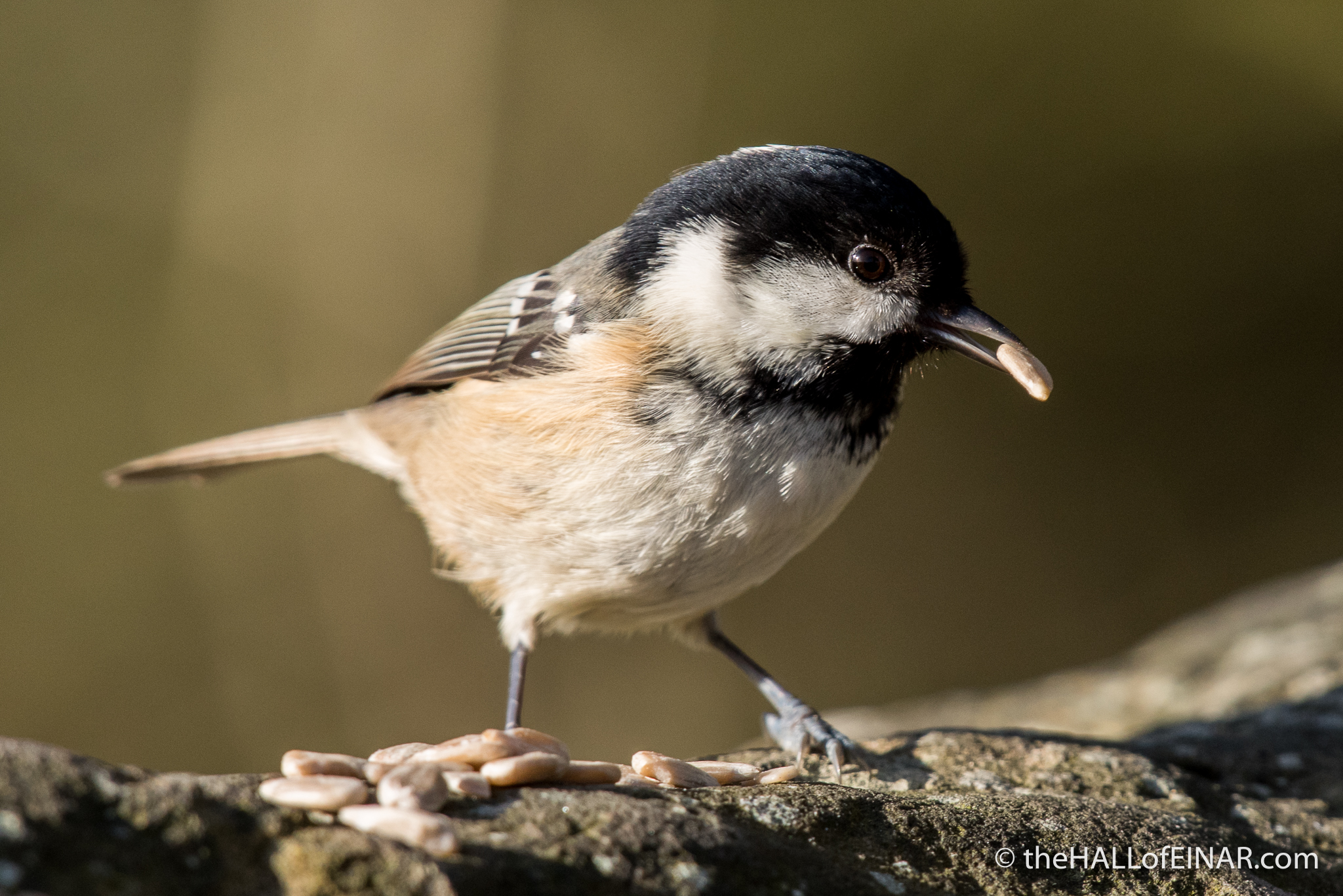 High above me is a Carrion Crow: 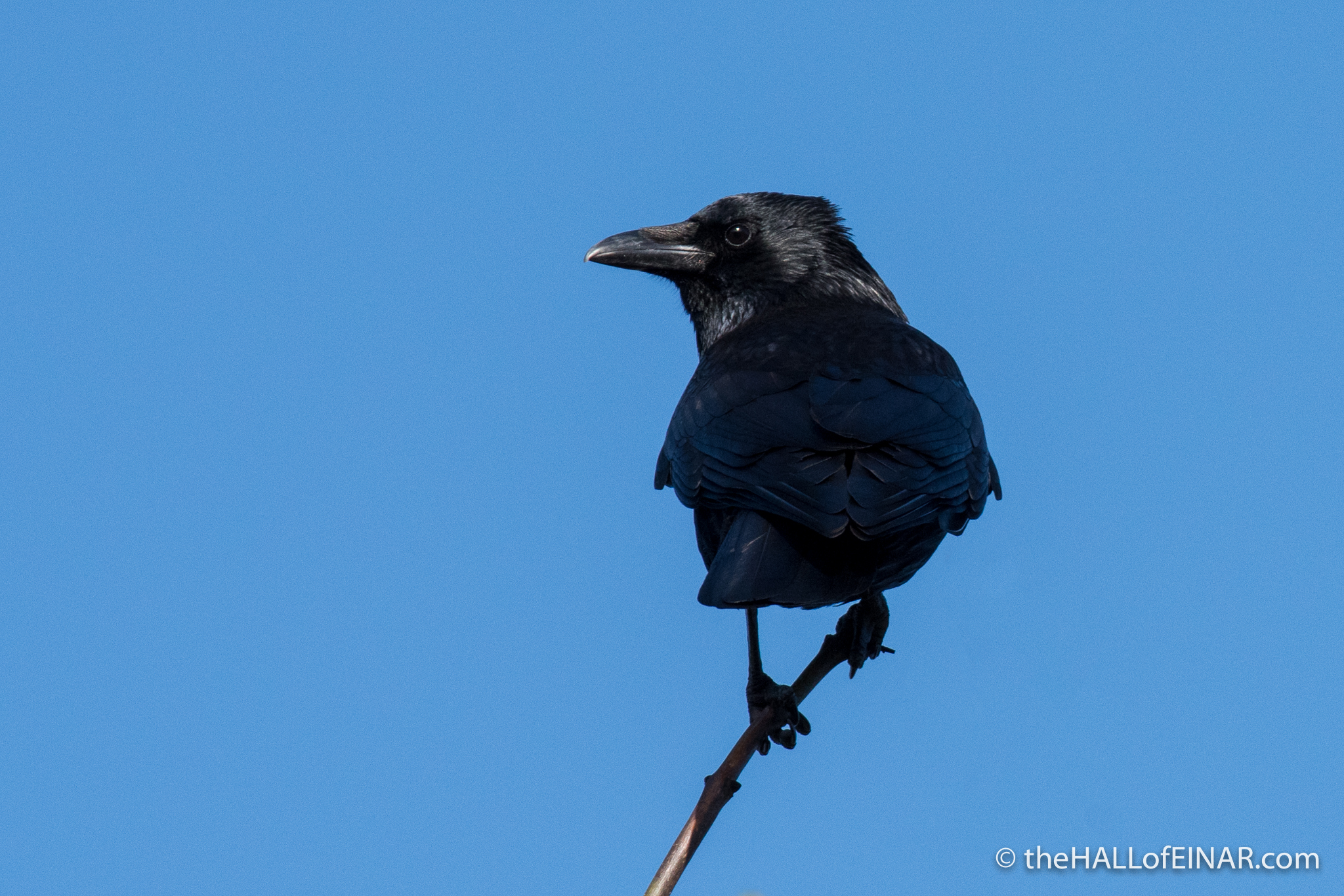 Its head looks black while its wings look iridescent blue: 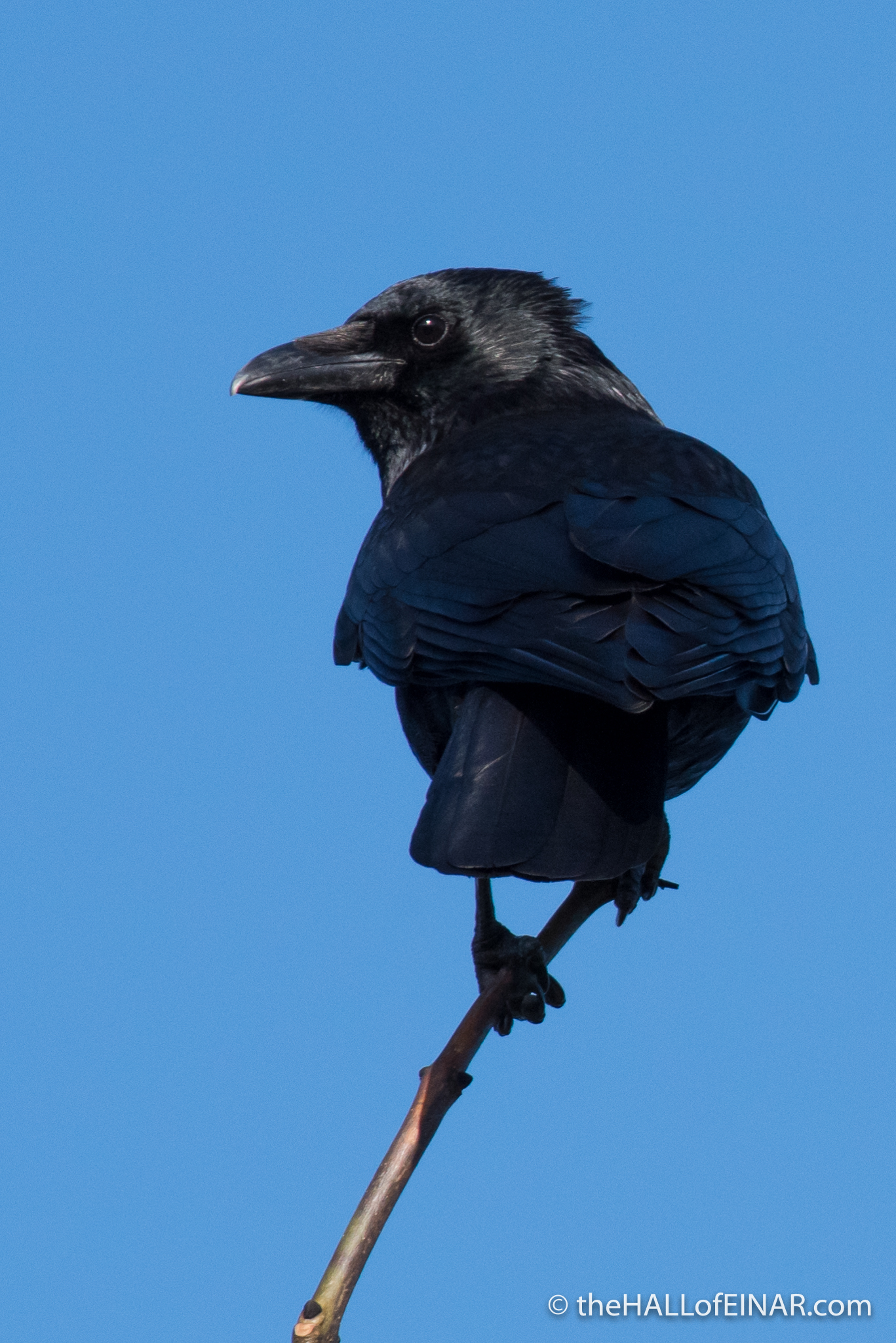 As I’m walking back for lunch I hear a couple saying “The Heron’s here, look,” to one another. I look and there’s a juvenile Heron perched in the water: 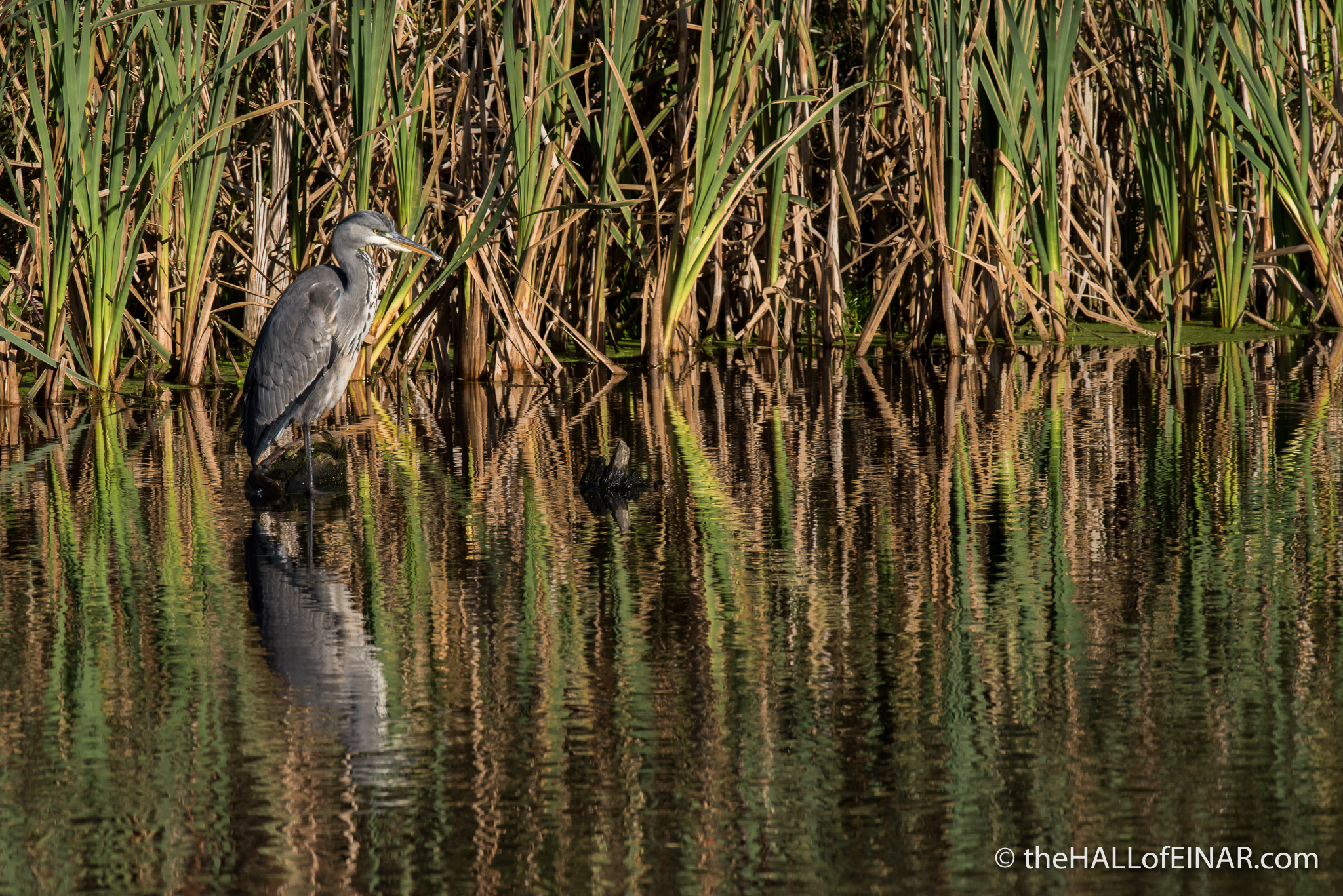 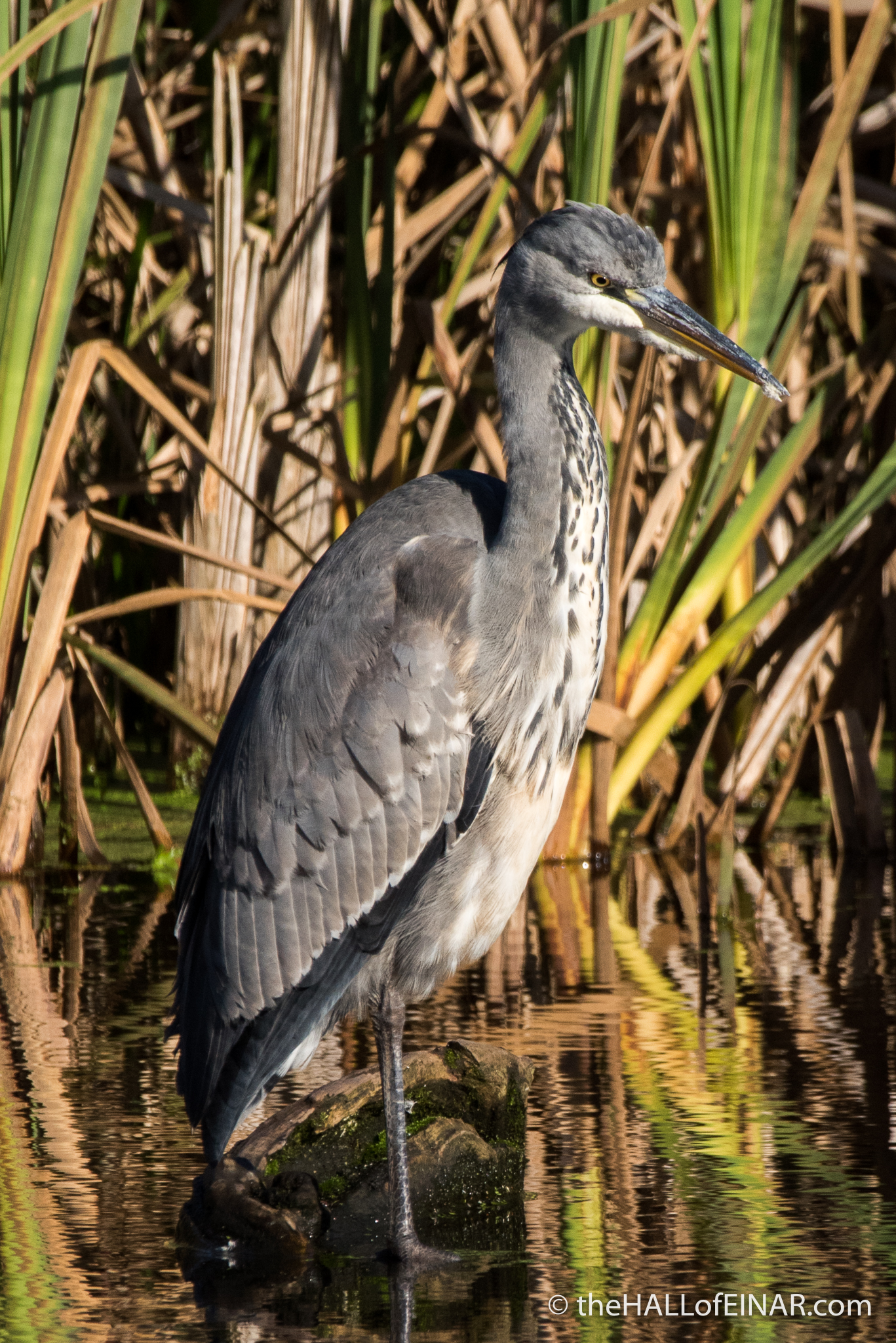 Nearly back and there’s a Black Headed Gull on a ‘No Fishing’ sign. 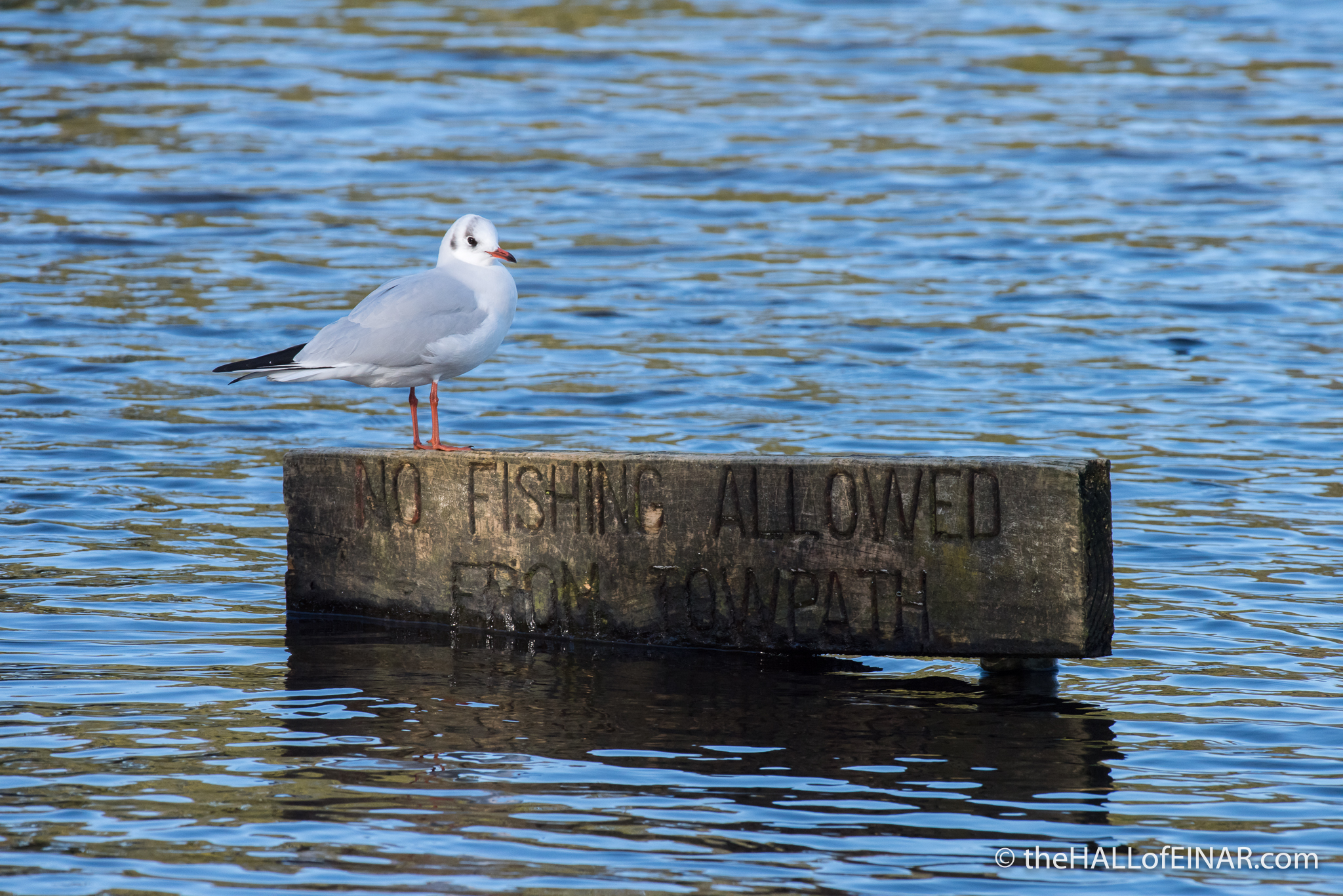 I don’t think it’s bothered about the rules.