There’s a Comma butterfly Polygonia c-album at the top of this Blackthorn tree. It’s bright orange against the still-green leaves and the bluish black of the sloe berries. 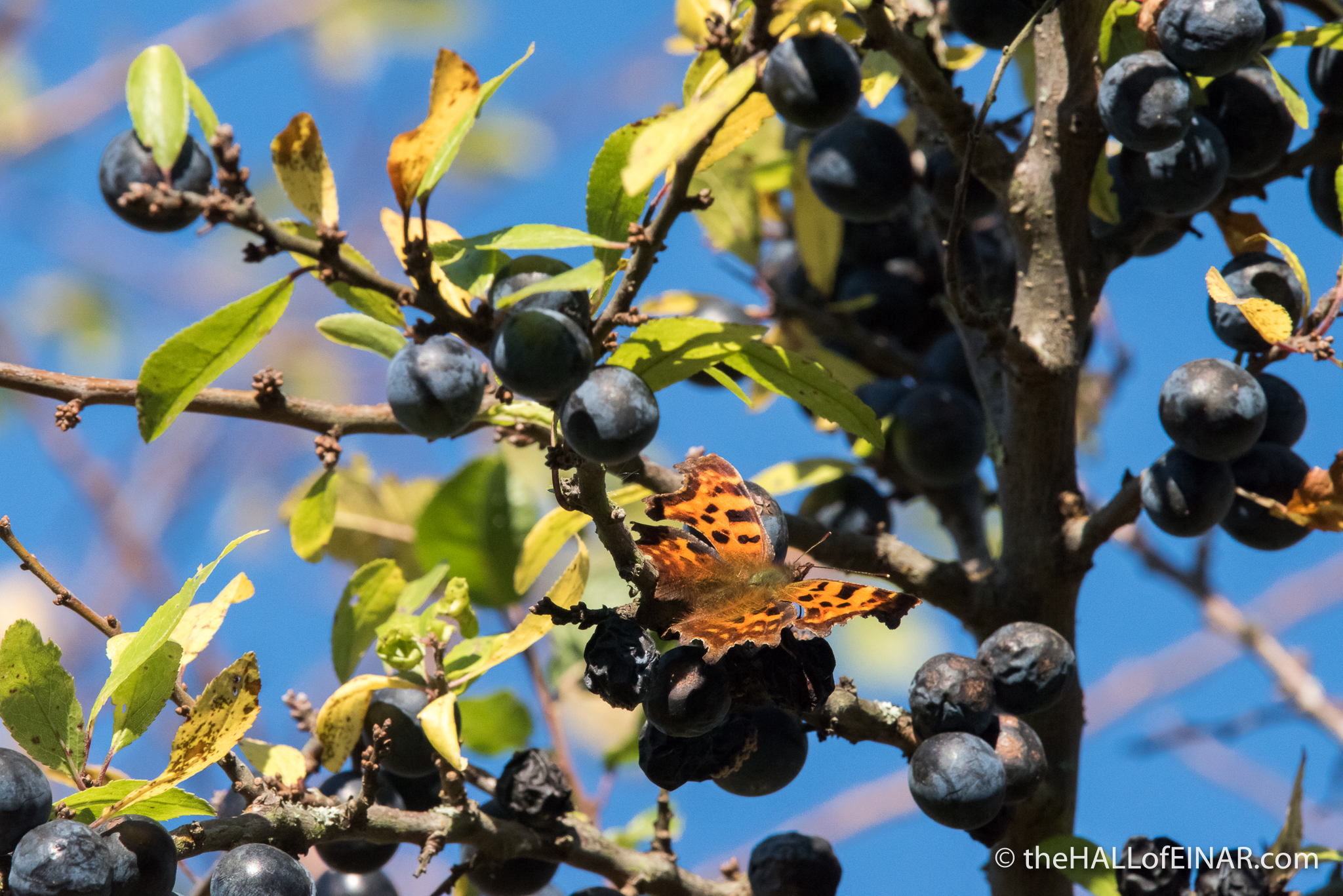 It’s feasting on a rotting sloe. 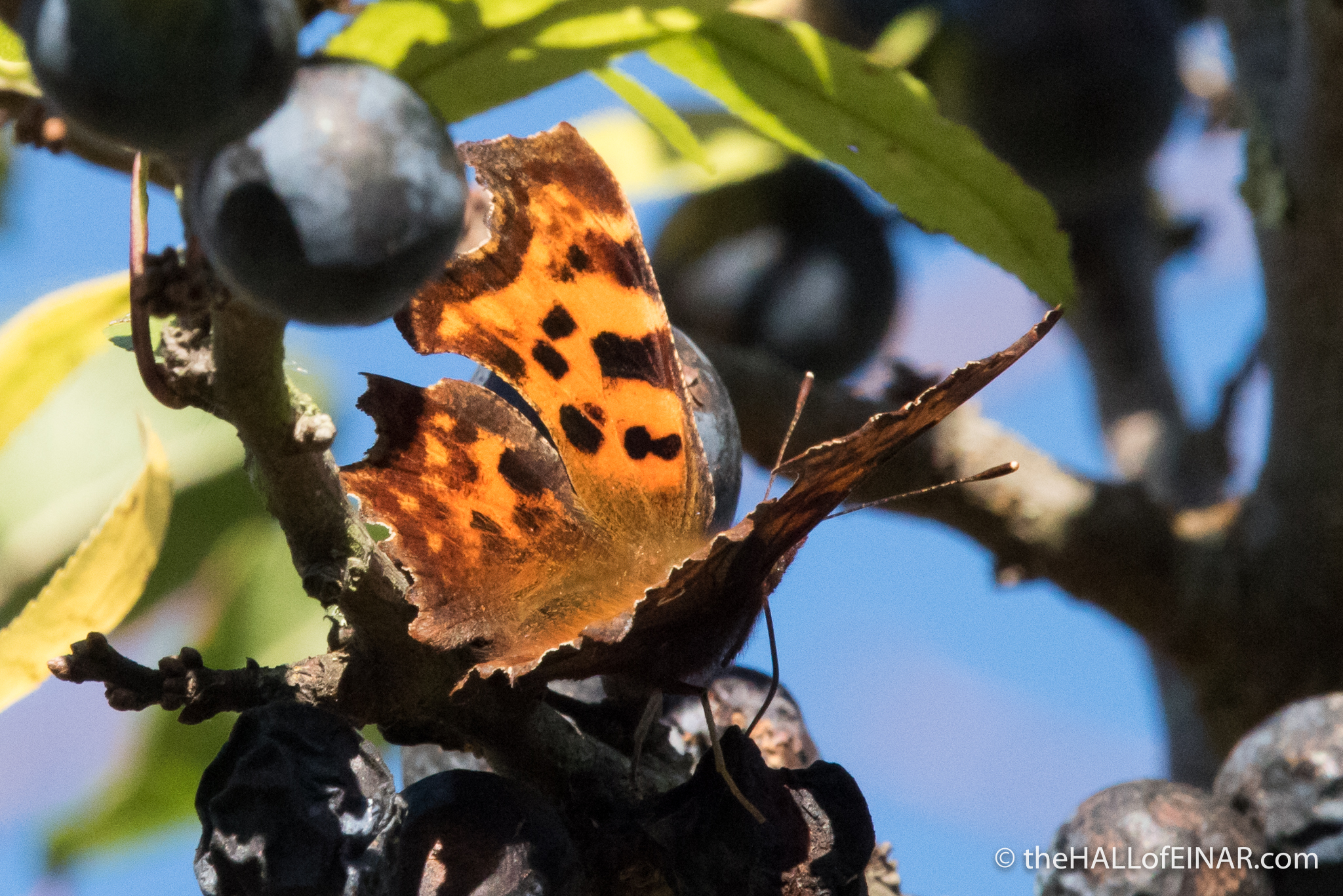 I can see its busy tongue, its proboscis, moving in and out of the juicy patches.

It’s called the Comma because despite having dead-leaf style underwings there’s a distinctive white comma shape on the wings: 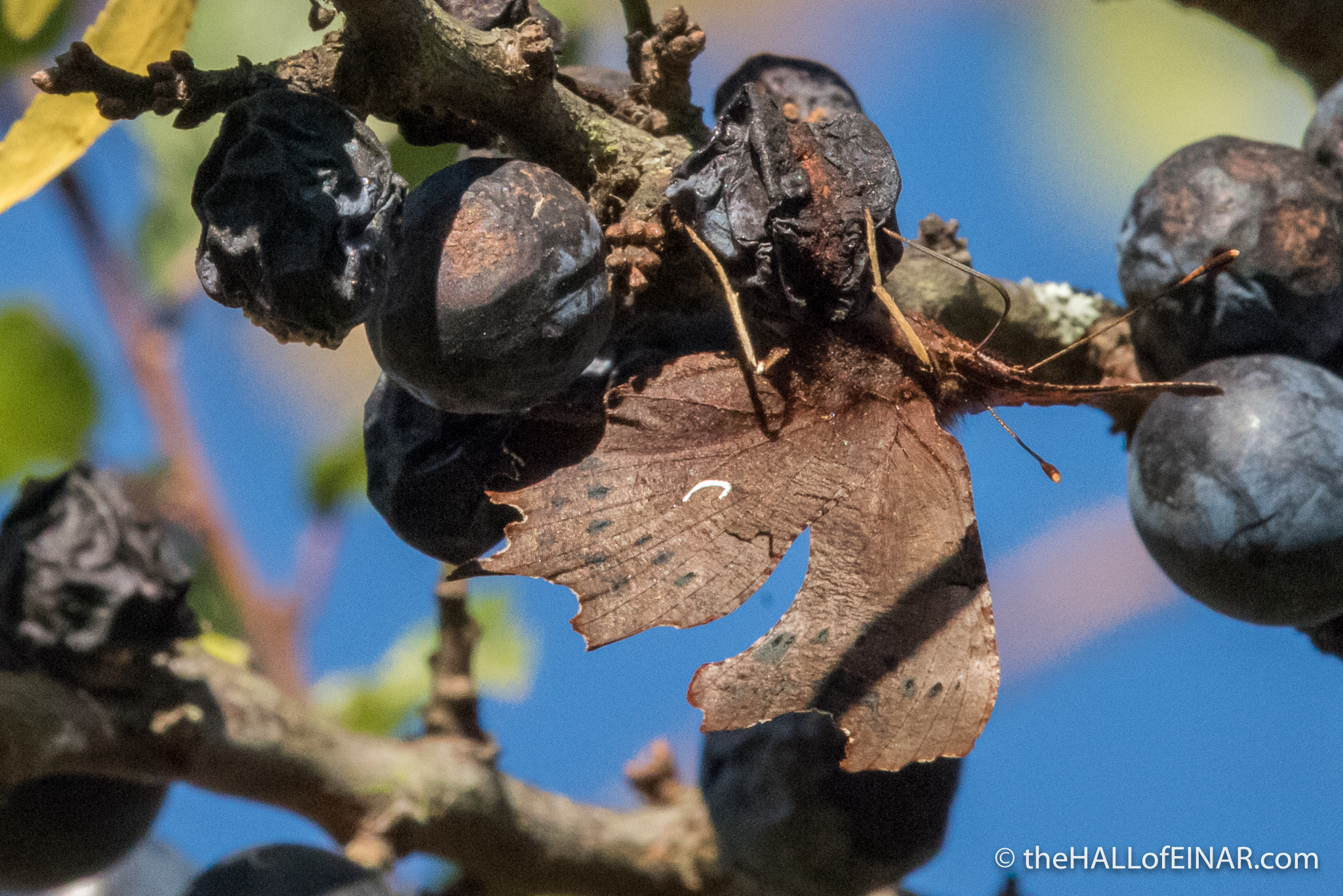 It’s yet another living organism named and systematically organised by Carl Linnæus in his 1760 book Systema Naturae:

Linnæus published that the Comma’s habitat is ‘Grossularia, Humulo, Urtica’. Grossularia probably refers to currants, Humulo is the Hop and Urtica is the Stinging Nettle. Commas declined because of changes in farming; we don’t grow hops on anywhere near the scale we used to. The Hop is Humulus lupulus or the ‘wolf of the woods’.

There are only 50 farmers left in the UK who grow hops, many on a relatively small scale; growing just 2,400 acres of hops in 2006, down from 77,000 acres in 1878. North Korea grows more hops than the UK does. We grow fewer hops here now because of price competition from huge scale production in Germany and the USA, from changes in the fashion for particular beers and because we have clean drinking water so don’t have to drink beer with alcohol and bitter preservatives from the hops to stop getting cholera, typhoid or dysentery. All other hops in our beer are imported.

Here’s the page from my 1939 copy of A Butterfly Book for the Pocket by Edmund Sanders: 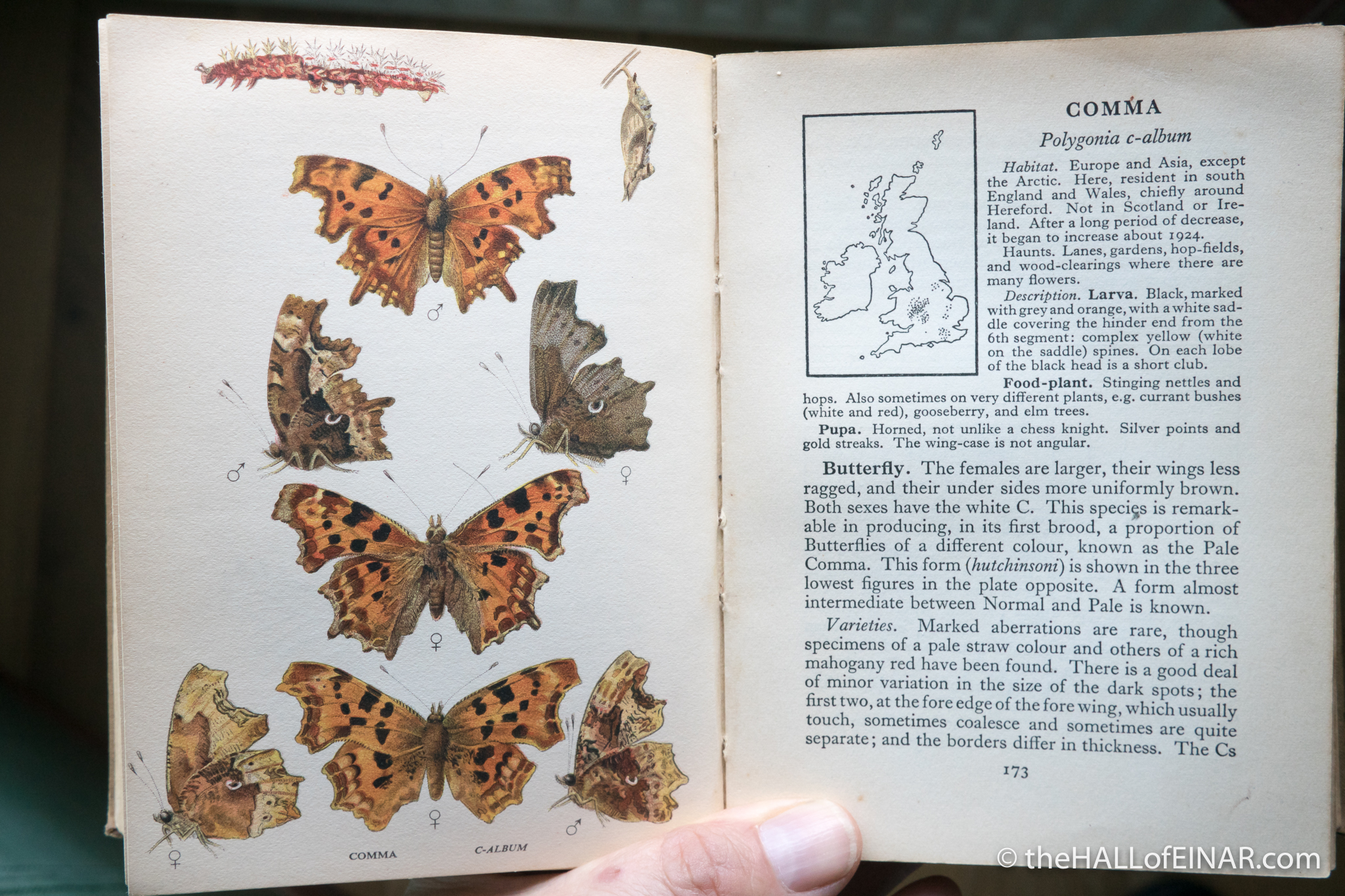 The one I’m looking at must be a female.

A new breed of Commas has taken many years to emerge after their population collapse from lack of hops, but now the species has adapted so its caterpillars mainly feed on Nettles.

Commas overwinter as adults and their cryptic disguise as brown leaves helps them escape predators during their inactivity. Whenever there’s a beautiful day, with sunshine to warm them, they will fly, even in winter. Their hibernation is a temporary pause, just like a comma, and not a full stop.

One Response to "Always a Comma and never a full stop"