We’re spending a few days walking in Italy. We’re in Rocca Calascio, part of the Parco Nazionale del Gran Sasso. That means National Park of the Big Rock. It’s part of the L’Aquila region of high peaks and u-shaped valleys. Aquila means eagle and I can see that it’s a fitting name for a place with such high peaks. There’s a stunning 10th Century military fortress here which was considerably extended in the 13th Century and considerably ruined by an earthquake in 1461. 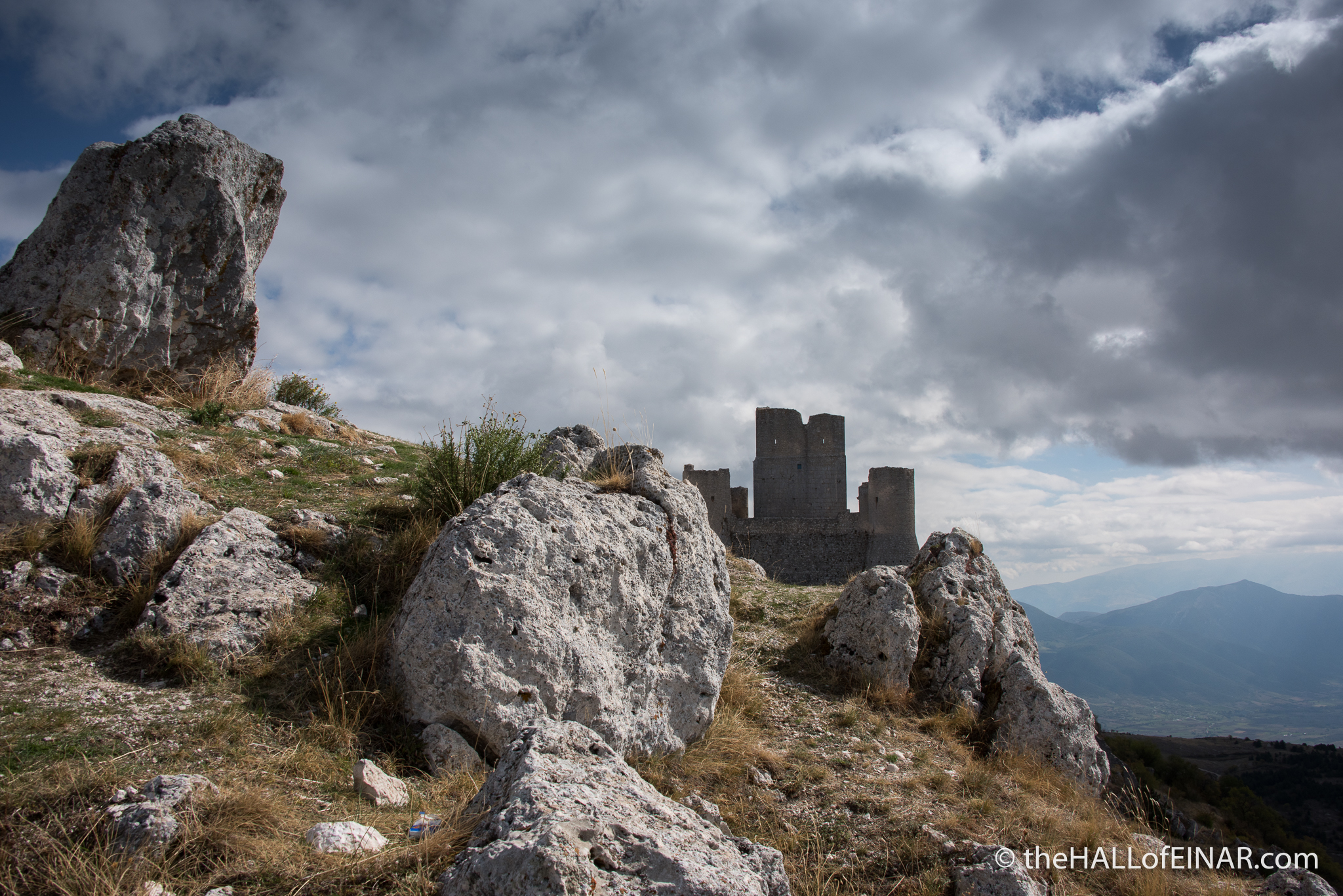 As we walk up to the fortress we see a large black bird – one of the crow family – spring into the air. A Crow, no, a Raven, no, I look at the back of my camera and see a long red downturned beak – it’s a Chough: 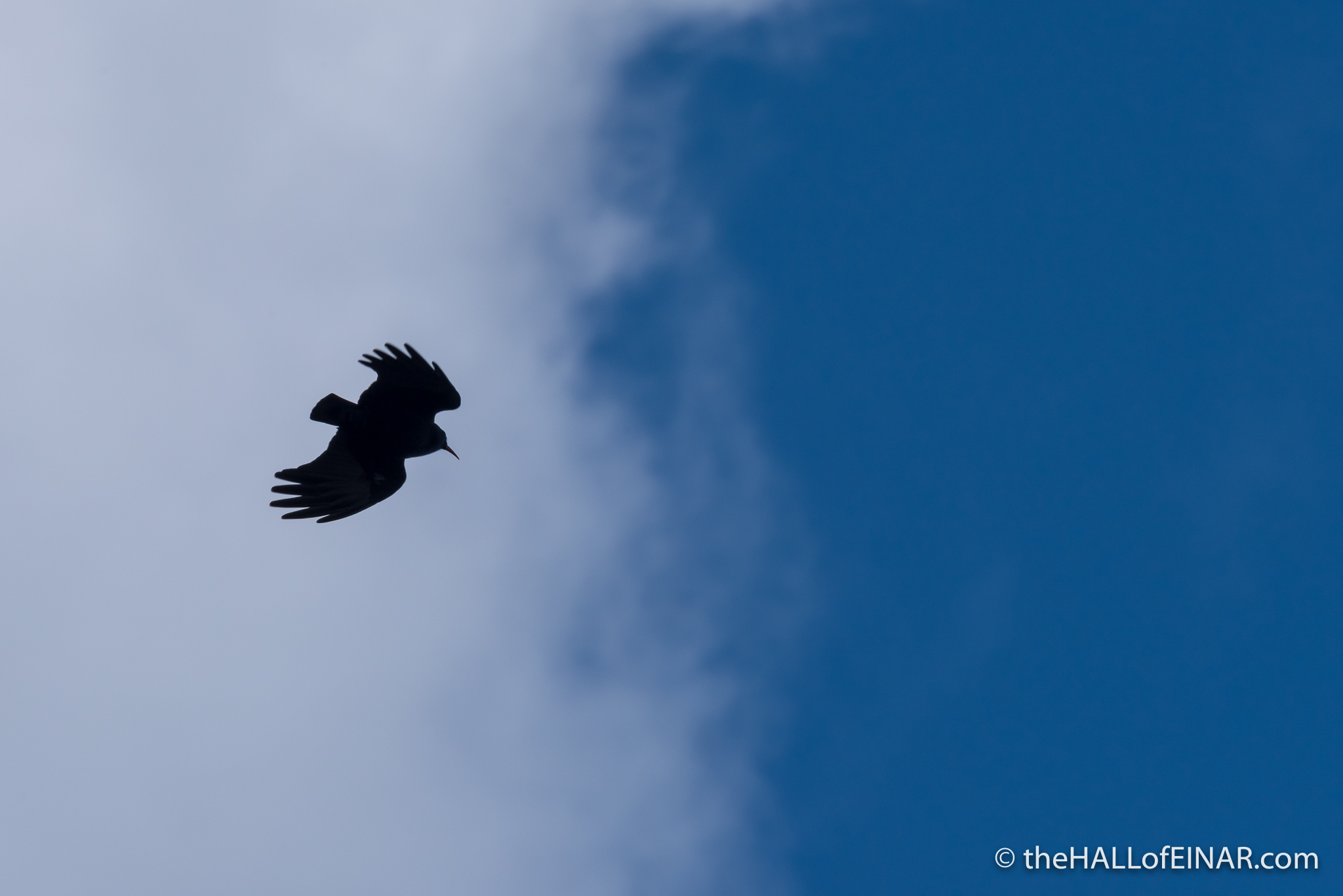 Then I can hear it calling its name, its English name that is. Its scientific name is Pyrrhocorax pyrrhocorax or Flame-coloured Raven.

The Chough (pronounced with much hilarity as ‘Chuff’) is a British bird that I’ve never seen. It’s a bird which nests on sea cliffs, abandoned buildings and in mineshafts. To me, that conjures up images of Cornwall.

The Chough was once common in Cornwall and was referred to throughout Britain as the Cornish Chough. That’s the name I learned for it as a child. It’s the bird featured prominently on the Cornish coat of arms, yet it is still a rarity and was extinct there as a breeding bird until recently. Choughs bred in Cornwall for the first time in England for 50 years in 2002.

In the afternoon we’re travelling through Campo Imperatore, the Emperor’s Field, when we see another. This time it’s mobbing a Buzzard. There are 300 pairs of Chough here. Choughs are huge and impressive birds: 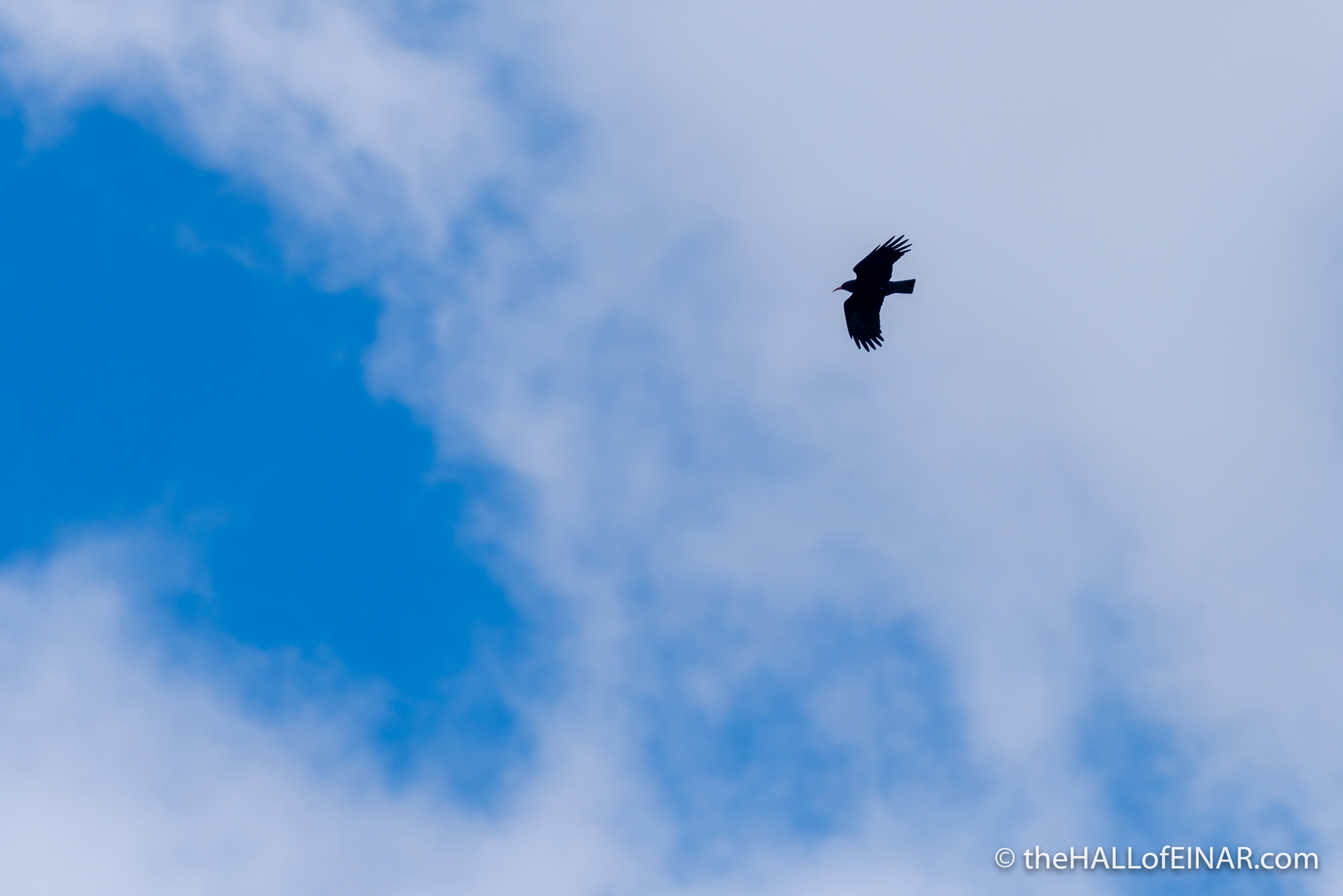 Why have I never seen one before in Britain then? It’s because along with the vast majority of British wildlife it’s been hunted to either extinction or rarity. In the 18th and 19th Centuries Choughs were hunted for so-called sport. The development of the railways suddenly made it easier to get to remote locations and the development of breech-loading shotguns made the increase in firepower exponential. Just because there was access and fast-loading weapons doesn’t automatically mean that people will kill large amounts of wildlife though. It’s not the technology, the transport or the sophistication of the firepower which does it: ultimately it’s the morality of the person with the finger on the trigger. Having a fast-loading shotgun really helps though. 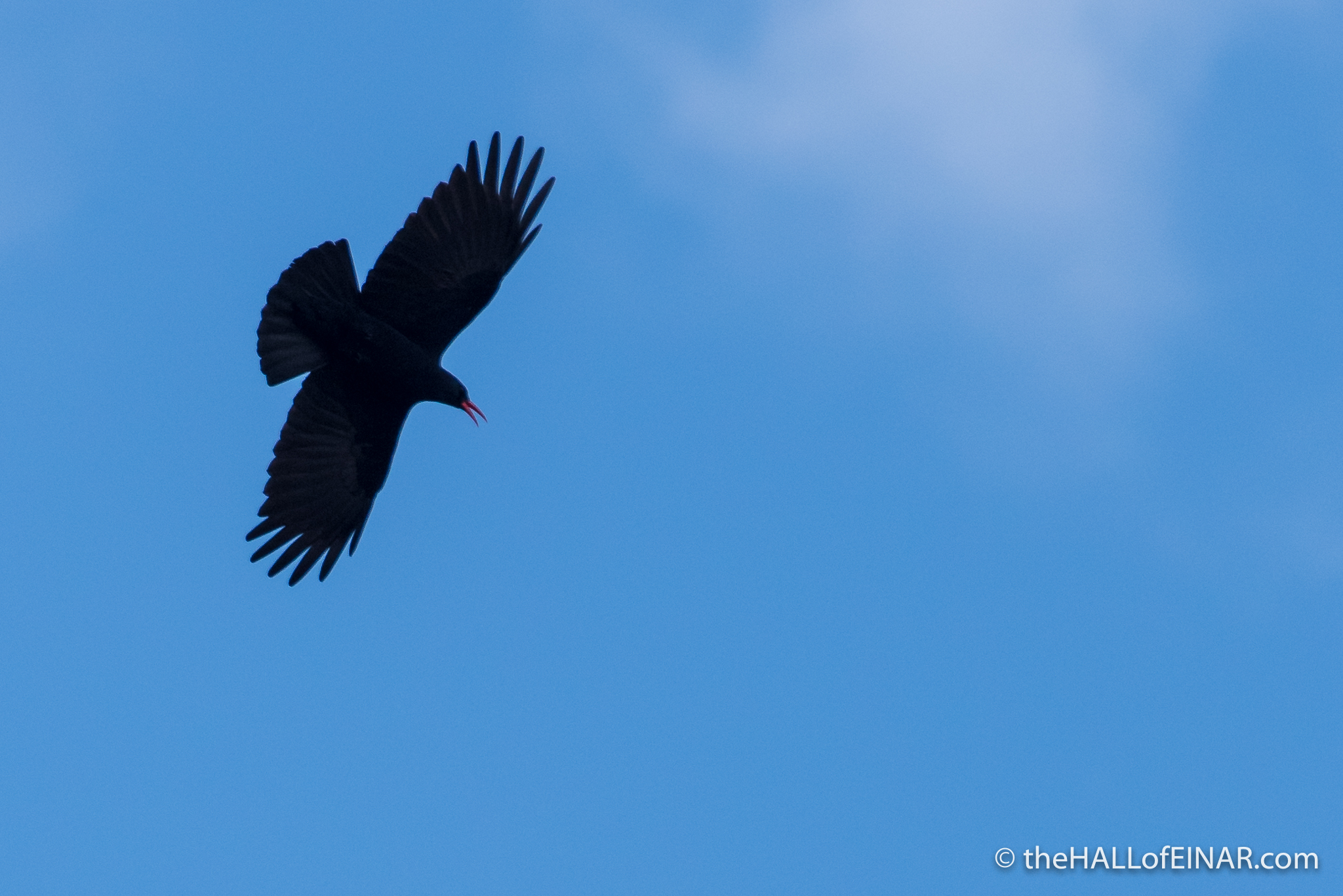 It’s hard to imagine that people would kill a wonderful wild bird for nothing more than the thrill of killing a wild and wonderful living thing. Having said that, people still do, as shooting of Red Grouse is still a massive industry in the UK. I say ‘people’ but I probably actually mean ‘men’. If you need to kill wildlife to prove your masculinity then you have a serious problem.

We continue our journey thankful for happy memories of a Flaming Raven, remote and glorious.