There’s a crowd on the deck of the Northlink Ferry from Scrabster to Stromness. We’re passing the Old Man of Hoy, scene of the BBC outside broadcast to 15 million people in 1966 as Chris Bonington, Rusty Baillie and Tom Patey climbed it for the very first time.

The Old Man is definitely a celebrity around here and there’s a crowd taking selfies with him. He’s probably less than 250 years old and probably won’t be around much longer. 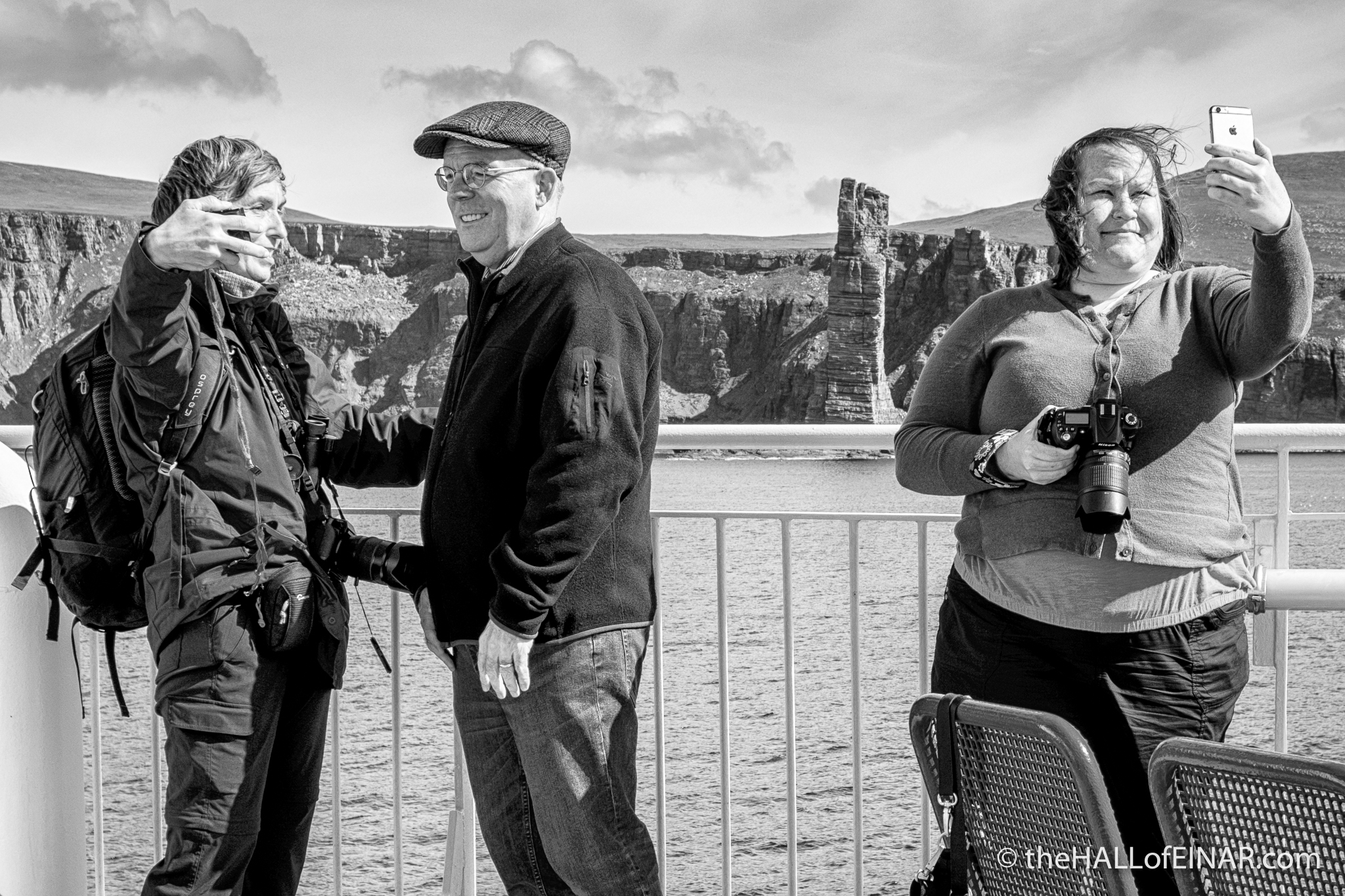 Let’s celebrate him while we can.

Here’s all the action from my previous ferry trip with lighthouses, dolphins and sea cliffs:

Scrabster to Stromness by Northlink Ferry