As soon as you begin to look at the natural world there are never-ending chains of relationships between living organisms. The classic poem from Augustus de Morgan says:

That’s just a linear relationship, while in the natural world there are multiple dimensions of relationships between thousands of species and across time.

Today I’m looking at a mushroom growing on a mushroom. It’s one of my favourites, the rare Pseudoboletus parasiticus the Parasitic Bolete growing on Scleroderma citrinum, the Earthball. 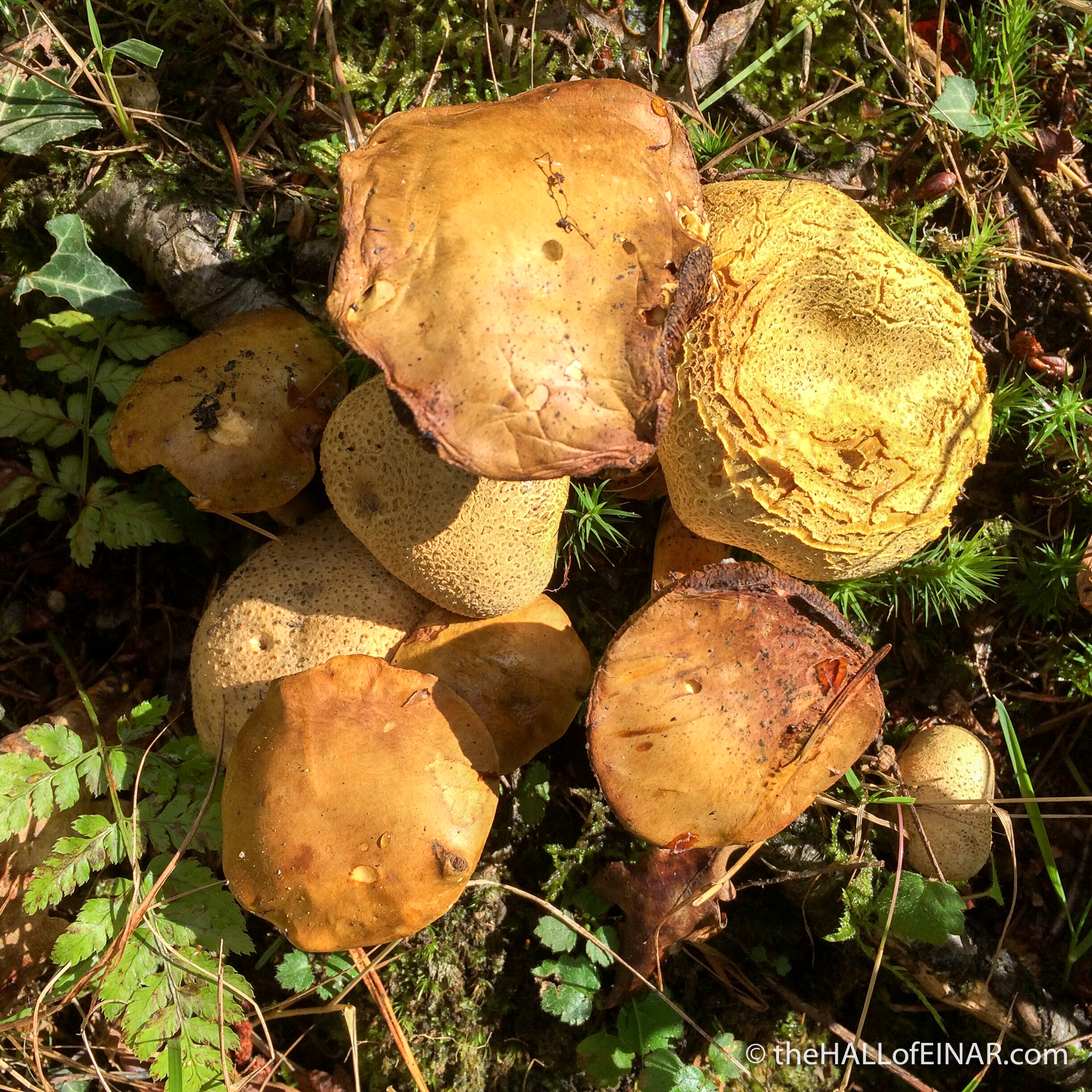 Just because Pseudoboletus parasiticus has ‘parasite’ in its name doesn’t mean that it is actually parasitic. It certainly grows on Earthballs, but how much does it affect the success or reproductive capacity of the Earthball? The impact of one species on another can be a complex calculation and biologists are often muddled in their thinking of what a ‘benefit’ or ‘harm’ is from one species or individual to another. 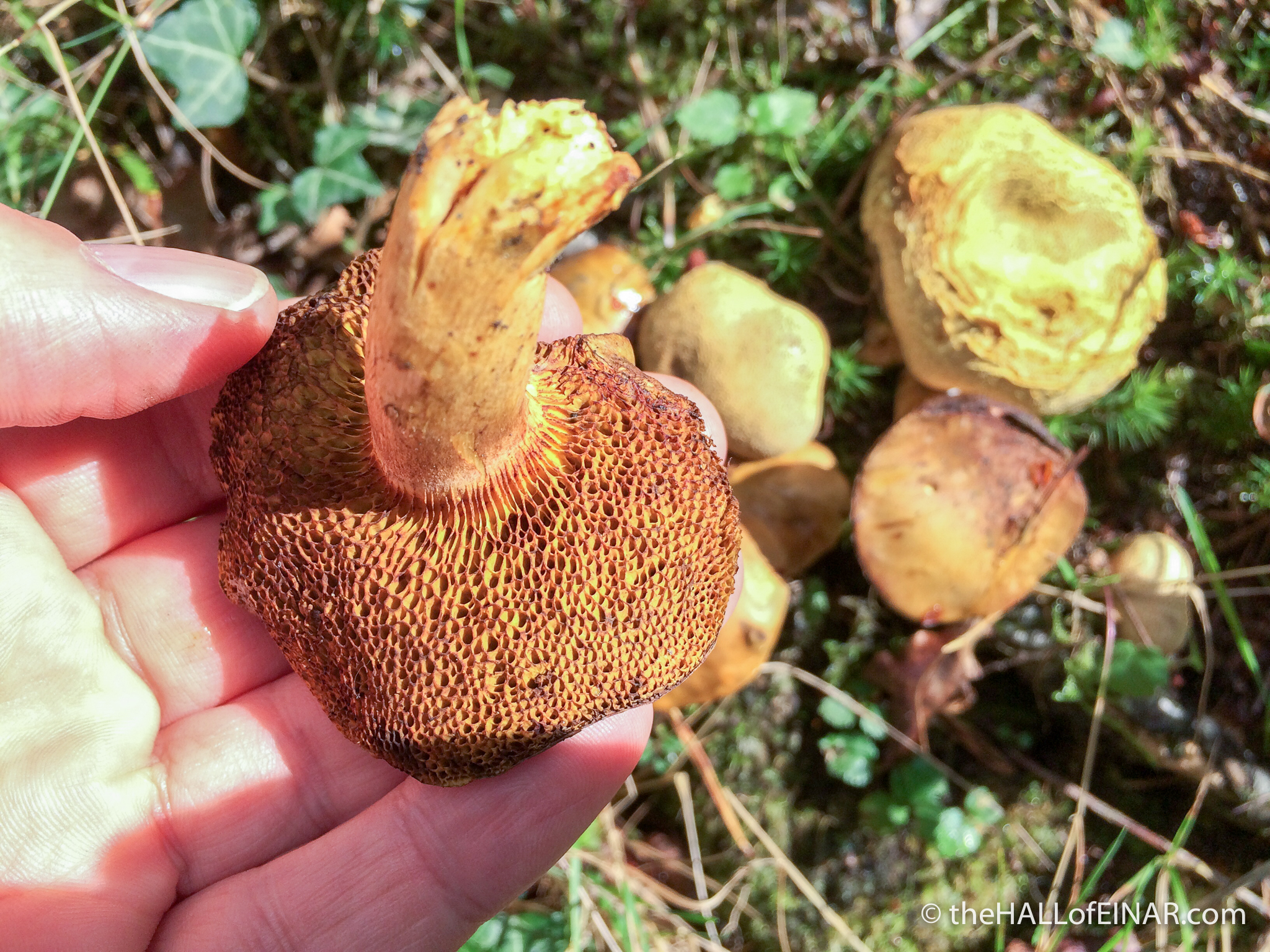 Here’s another one with the so-called Parasitic Bolete just emerging: 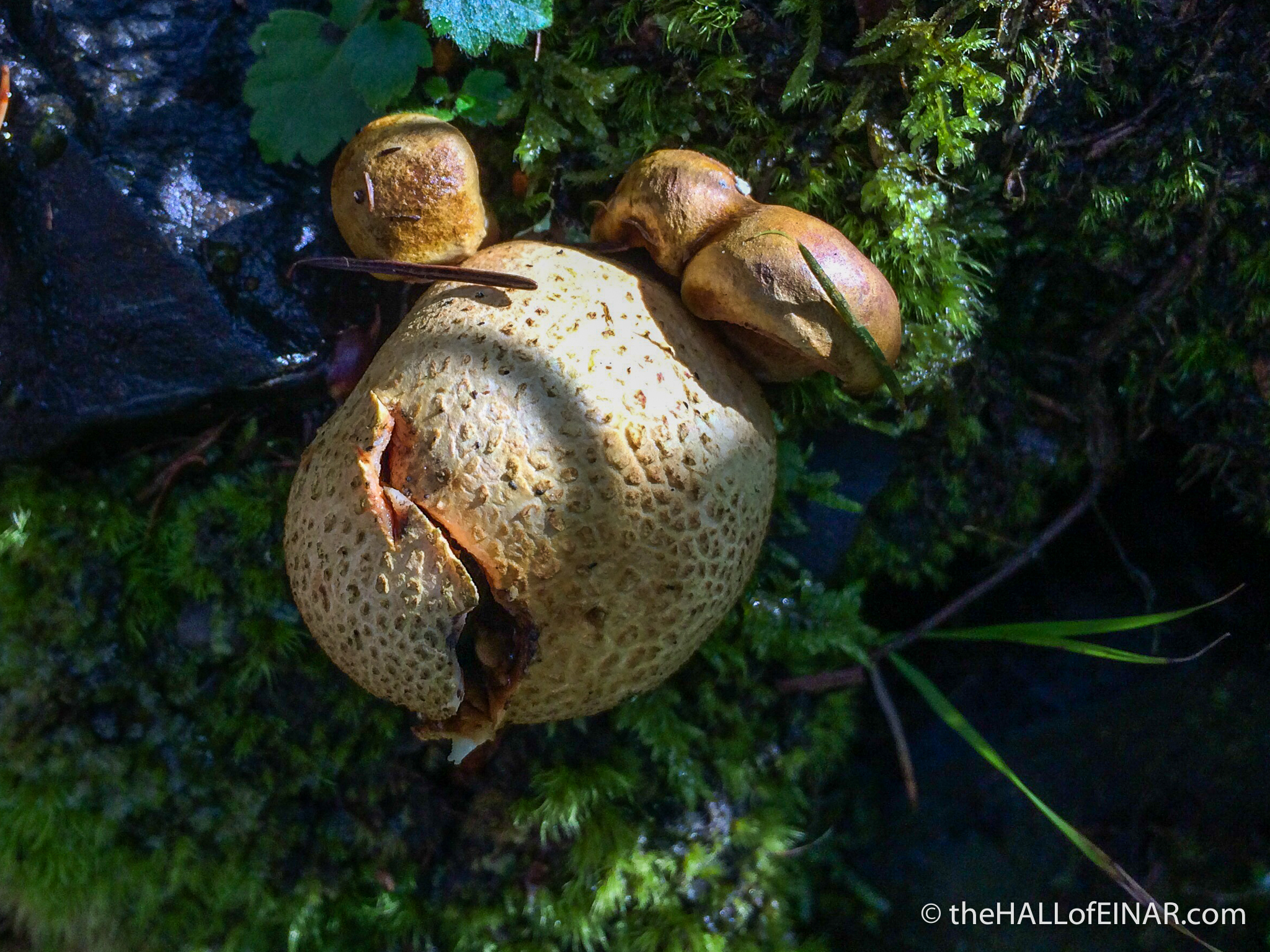 It’s a lovely find, whatever the relationship between them.

One Response to "Fungus upon fungus"