They always say you can judge a man by the quality of his shoes.

You can also identify the type of an animal by its feet. Animals with hooves are called ungulates. Cattle are ungulates, even if this one in the field next to Einar doesn’t know that: 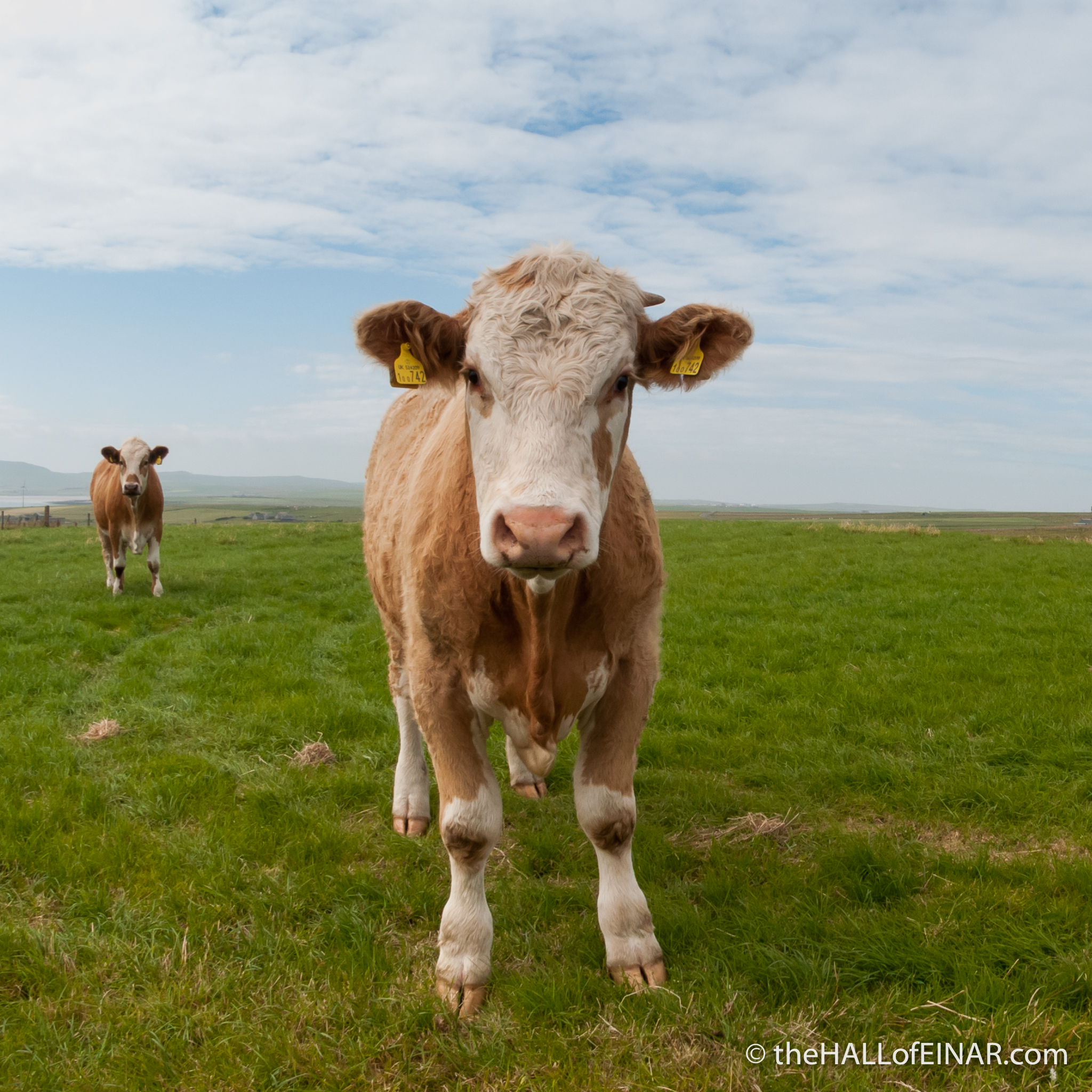 Earth has two types of ungulates. There are odd-toed ungulates such as horses and rhinoceroses which have an odd number of toes. They often have a large central toe; with horses it’s hard to even see their other toes. It can freak you out to think about it too much.

The Earth also has even-toed ungulates like cattle, pigs, giraffes, camels, deer, and hippopotamuses, all of which have an equal number of toes. They have ‘cloven hooves’ like goats. 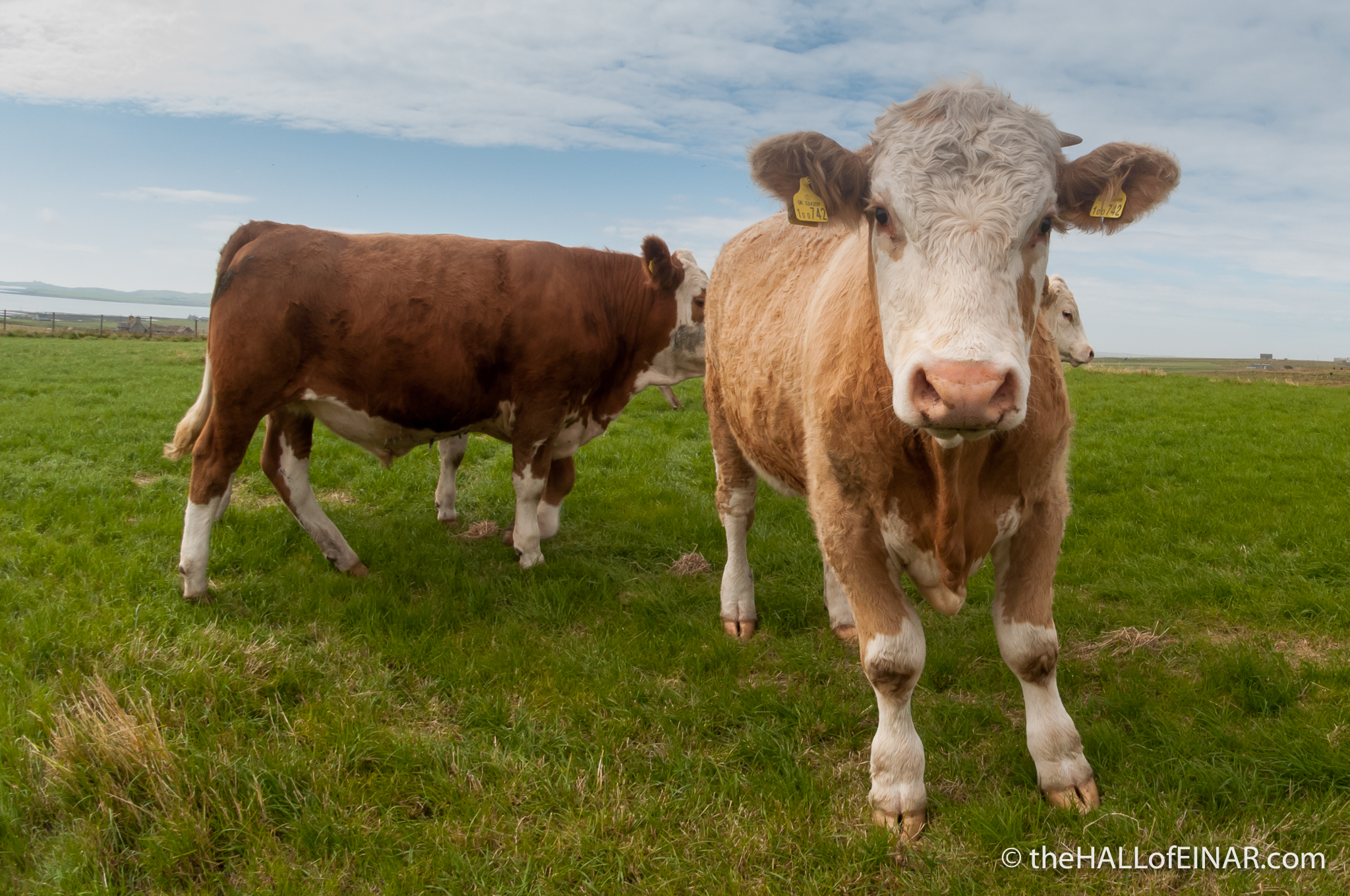 These curious and even-toed steers are beautiful animals. There aren’t as many this year after problems with a mis-firing bull but they look very healthy. 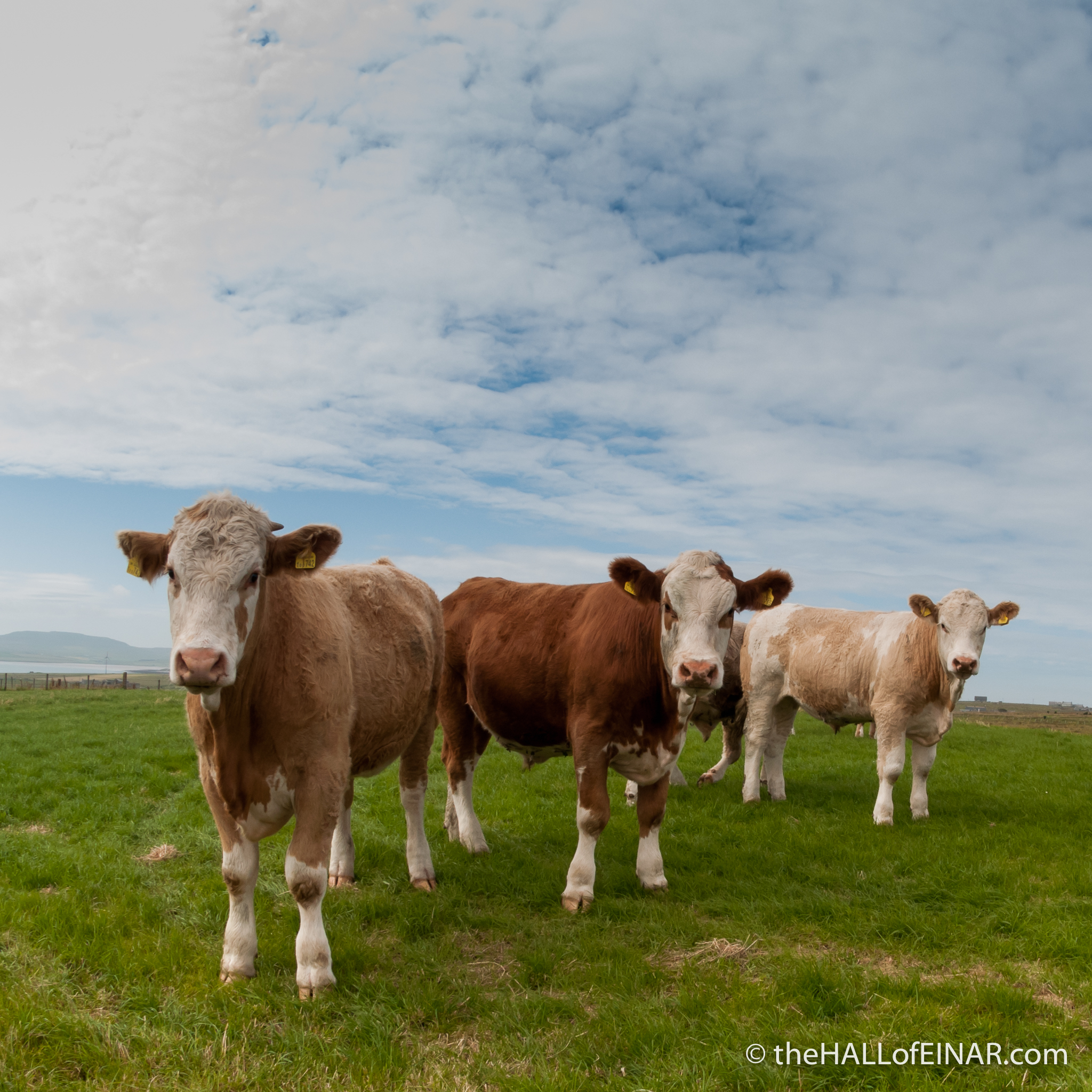 And they are as curious as ever.

I just hope they don’t look at my shoes.

One Response to "Curious Beef Steers"