I’m admiring the Beautiful Demoiselles on the River Dart in Devon and I’ve spotted this strange insect on a fern in front of me. It doesn’t look as if it’ll take off and fly anywhere soon. My first thought when seeing it was, ‘What an interesting wasp mimic,’ because its abdomen is striped yellow and black. Then I think, ‘I wonder if it’s an Ichneumon?’ After getting a couple of photographs I’m feeling confident because, ‘At least it’s so distinctive I won’t have any trouble identifying it…’ 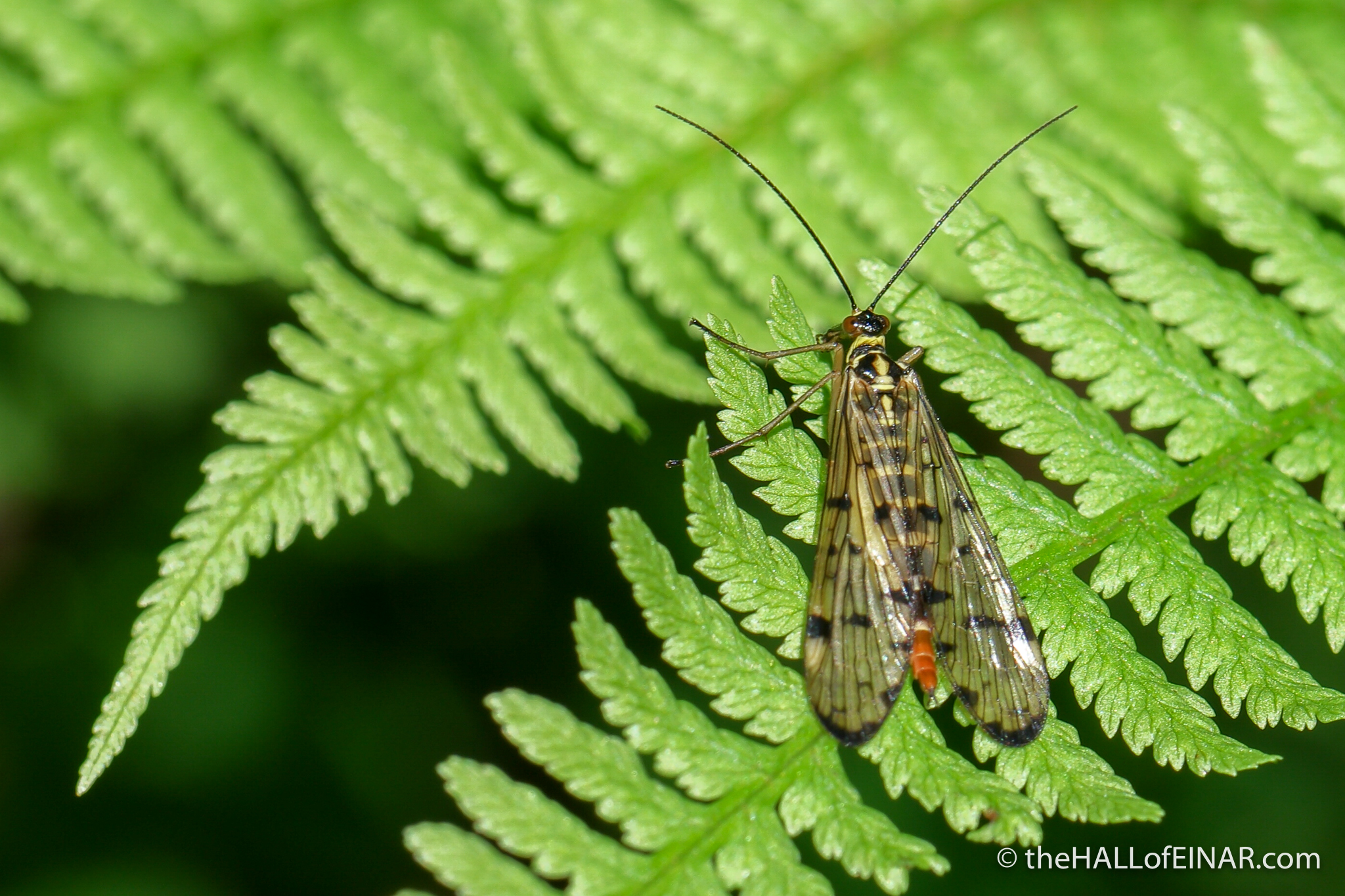 Yet a day later and I’m still nowhere near being able to identify it.

It has very long wings. A red end to its abdomen. It’s yellow and black striped. It’s also quite big. Surely it must be in my books or on a Google search. Nothing. I have to ask for help and the answer comes back ‘Scorpion Fly’. 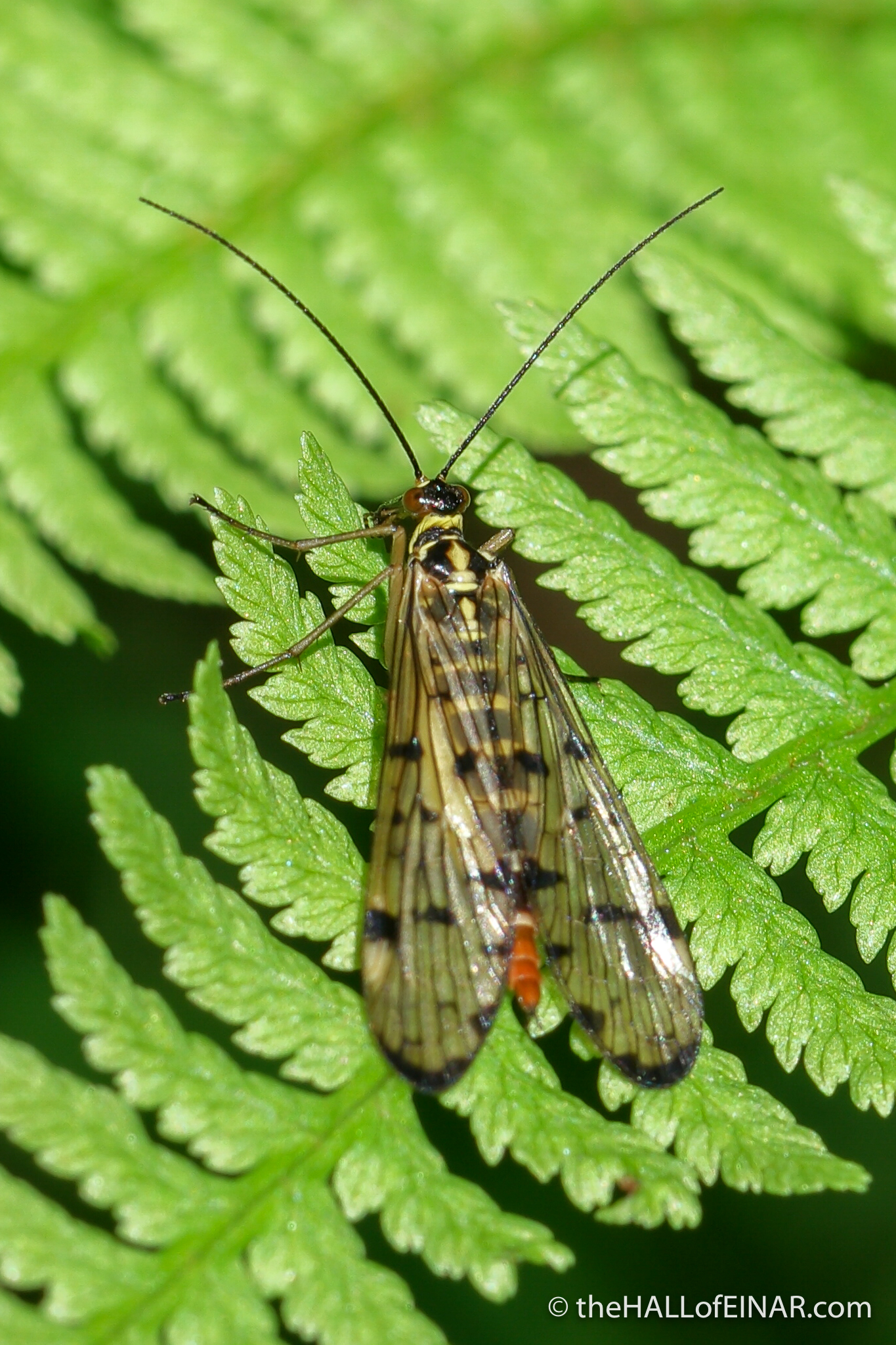 Apparently they like eating dead insects from the webs of spiders. Who doesn’t? Now I know it’s a Scorpion Fly I can see the distinctive ‘beak’ it has pointing downwards from its head under those large eyes. Note to self – when doing portrait photography, always make sure you have shots of all sides of your fly.

They are relatives of the True Flies and the Fleas. The group that they are in is called the Mecopterans, which means long-wings and they’ve been around since the Jurassic.

When I couldn’t identify it I felt like such a Dumbo.