There’s a smile on the side of this chalk hill at Beachy Head in East Sussex. 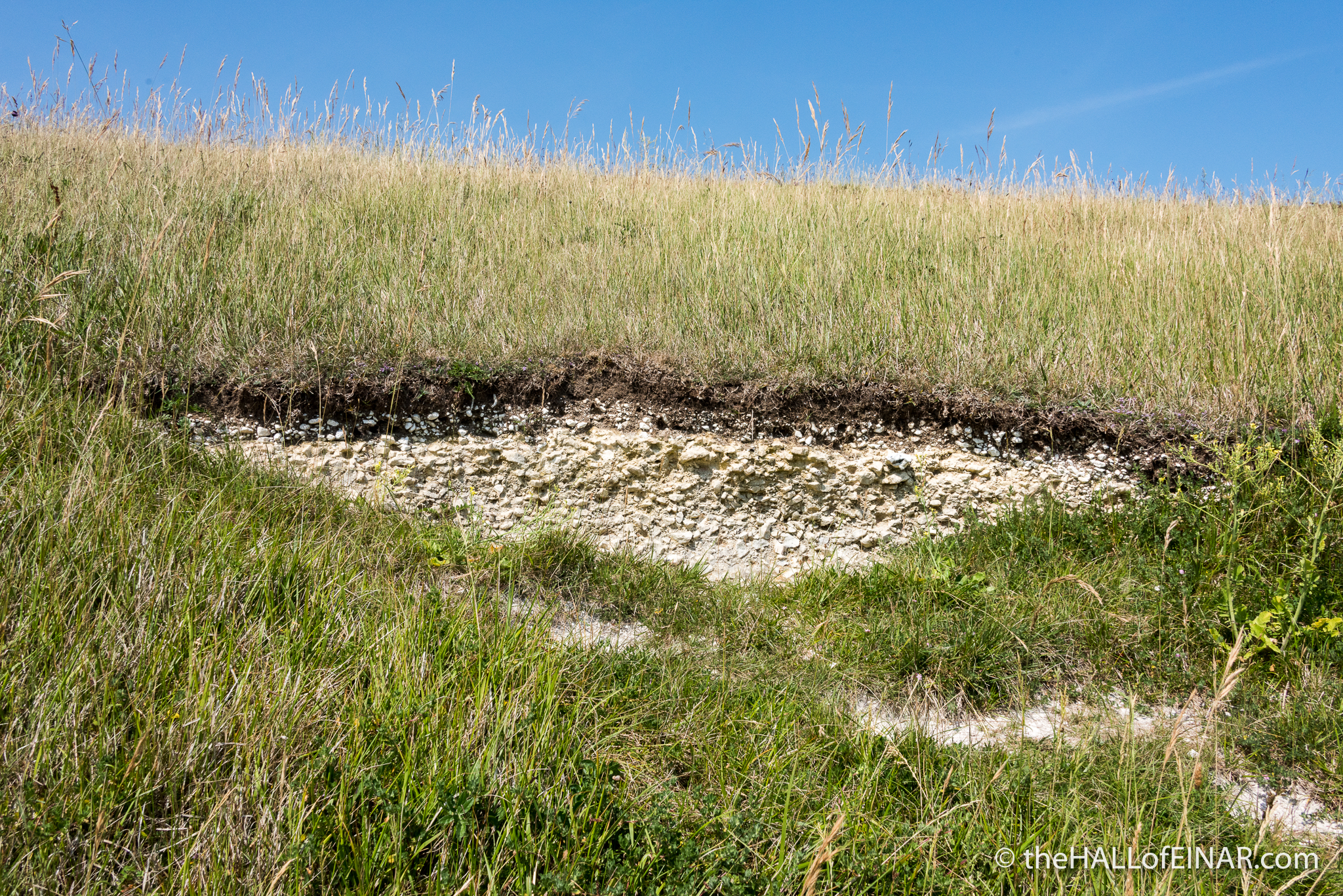 The heat is intense and I can see something jewel-like moving fast across the white rocks. I know what it is instantly, as I saw and identified one when I was a child; it’s a Ruby-Tailed Wasp. Female Ruby-Tailed Wasps lay their eggs in the nests of solitary bees and wasps and then their larvae eat the host larvae. They are truly the cuckoos of the wasp world.

They are among the most beautiful insects in the UK. 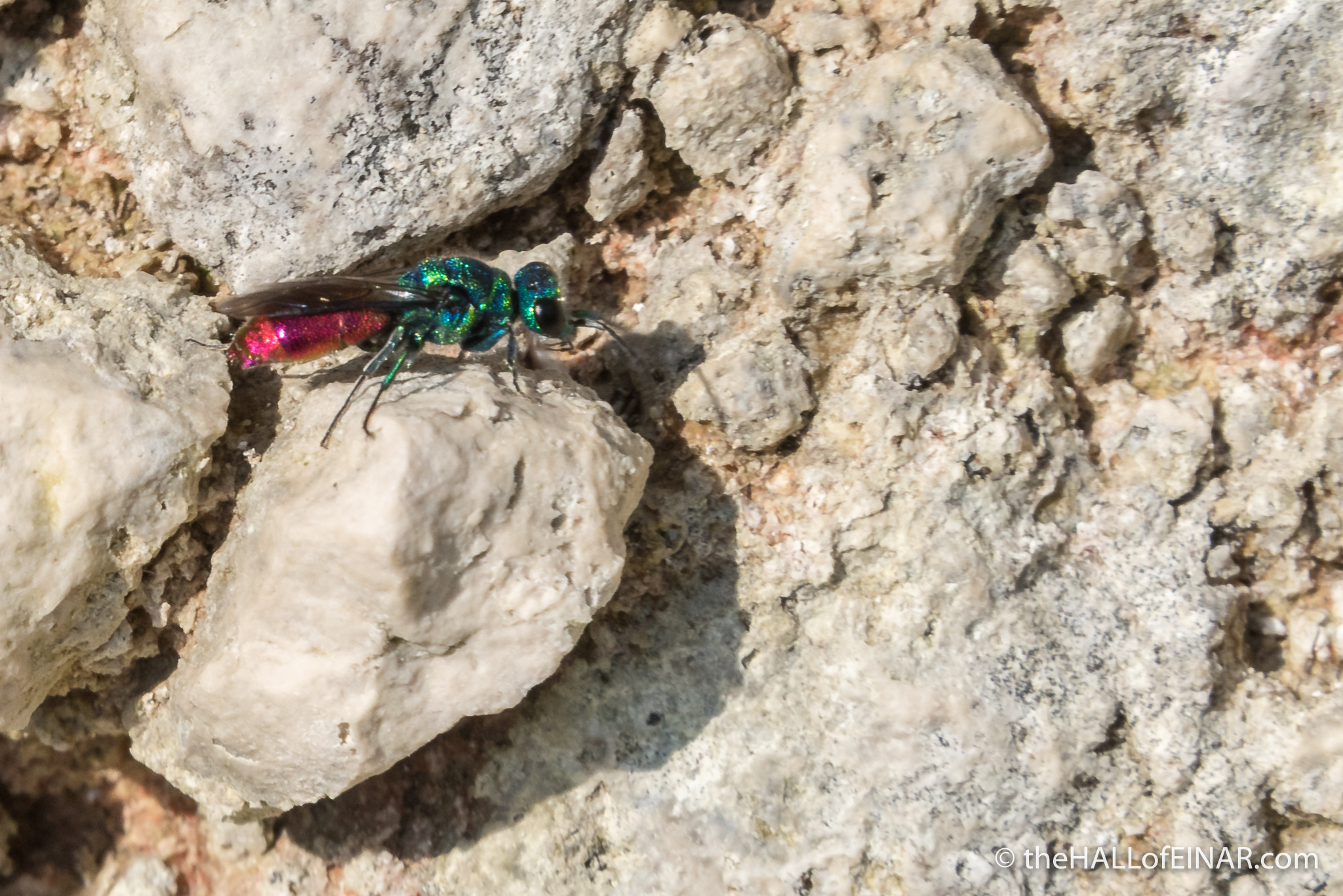 At least I thought I had identified it. Back in my childhood, life was simple; I had two insect books, ‘Chinnery’, A Field Guide to the Insects of Britain and Northern Europe by Michael Chinnery, and The Oxford Book of Insects by John Burton. That made it easy to confidently identify the Ruby Tailed Wasp, Chrysis ignita. Now that I have access to the Internet, life is no longer as simple and I now know that there are several different species which look identical and I’d have to dissect it to be sure which one it is. I’d rather that it lived so I’m not going to be killing it and looking at its dissected genitalia under a microscope. It might not be Chrysis ignita as it could be Chrysura hirsuta or Chrysis fulgida.

I had no idea that identifying Chrysis ignita would ignite such a crisis.

Here’s the wonderful The Natural History of British Insects by E Donovan from 1792. http://www.biodiversitylibrary.org/page/30029530#page/5/mode/1up 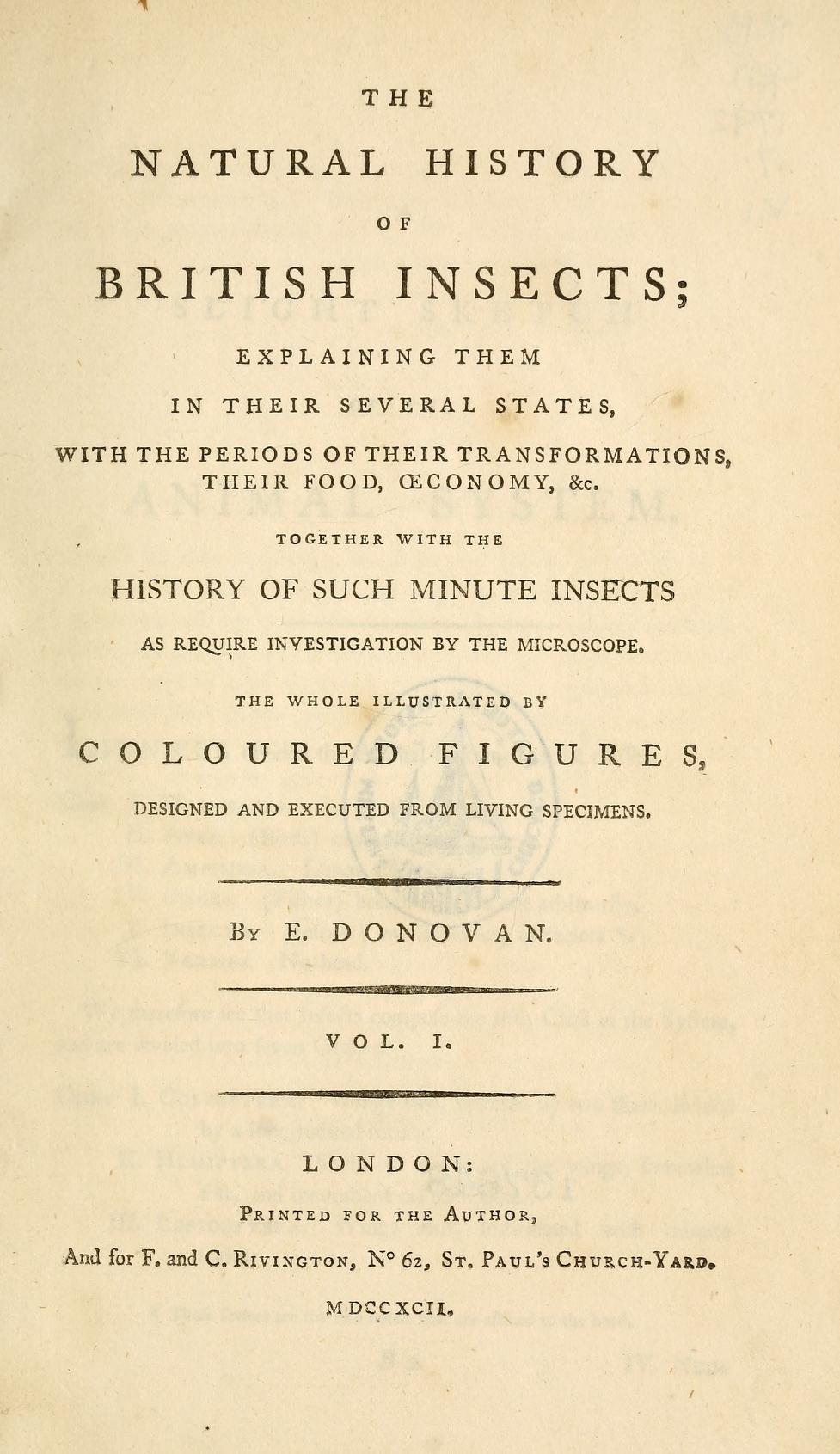 I love the fact that the title is a full description: “The natural history of British insects: explaining them in their several states, with the periods of their transformations, their food, œconomy, &c. together with the history of such minute insects as require investigation by the microscope: the whole illustrated by coloured figures, designed and executed from living specimens.”

What a fabulous illustration of the Ruby-Tailed Wasp: 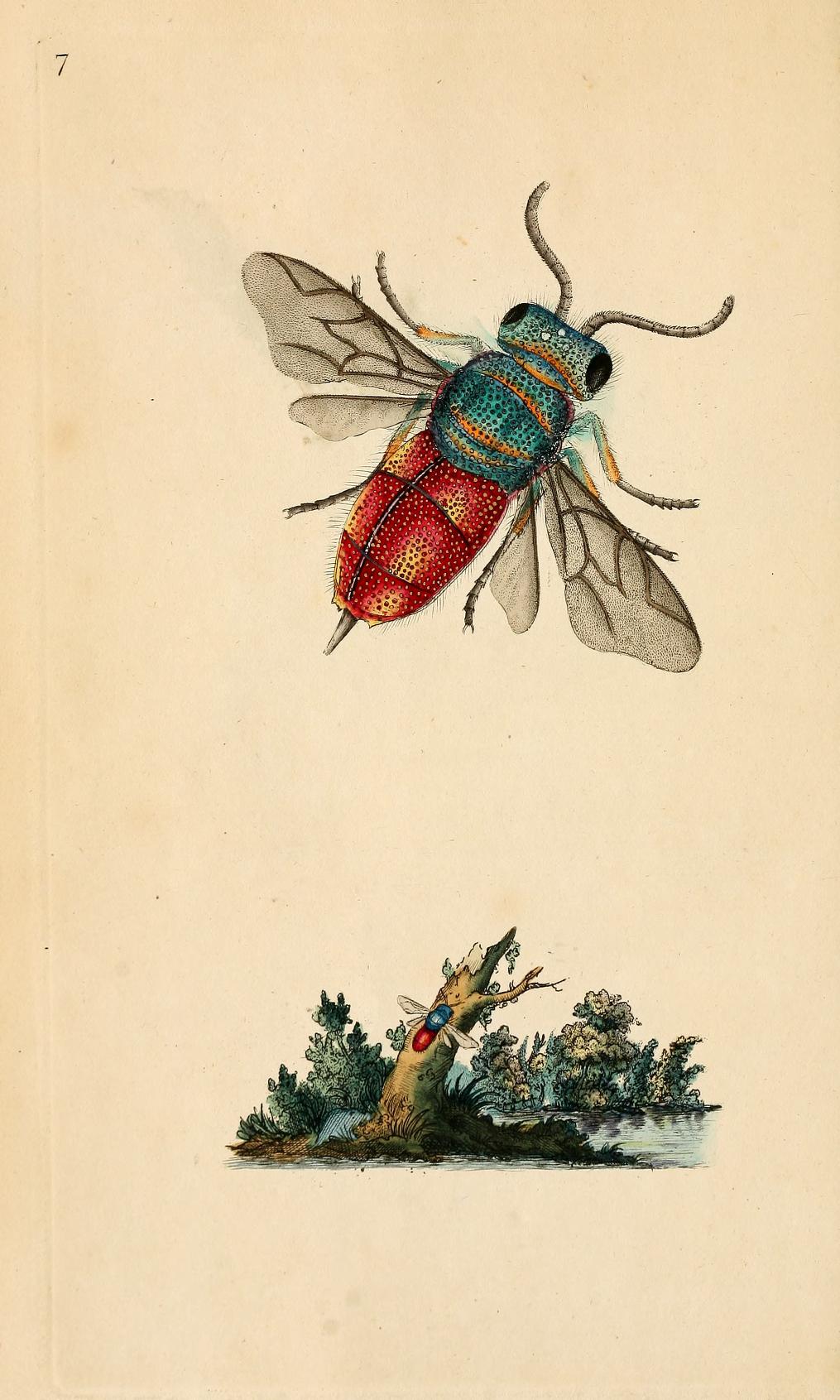 And an amusingly effusive description: 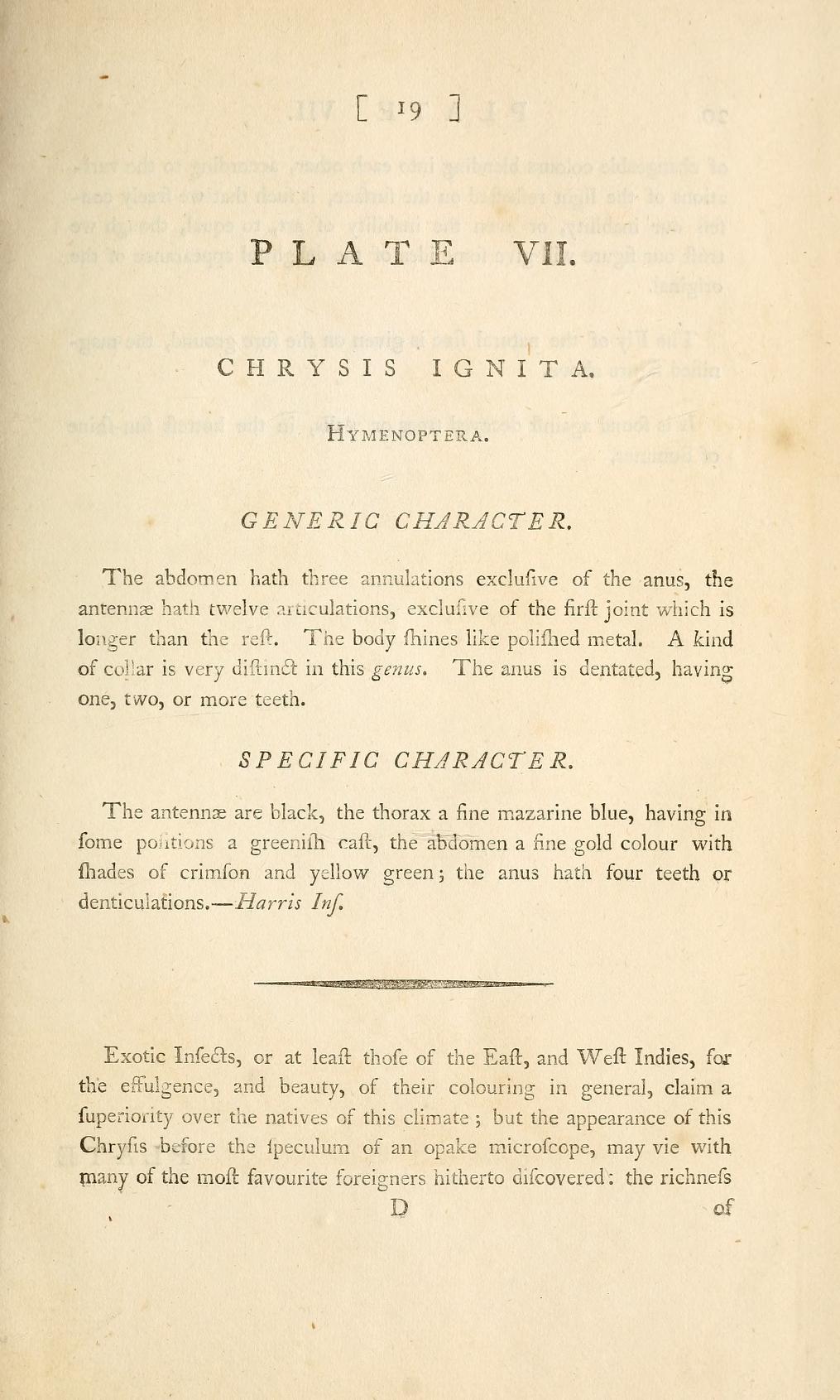 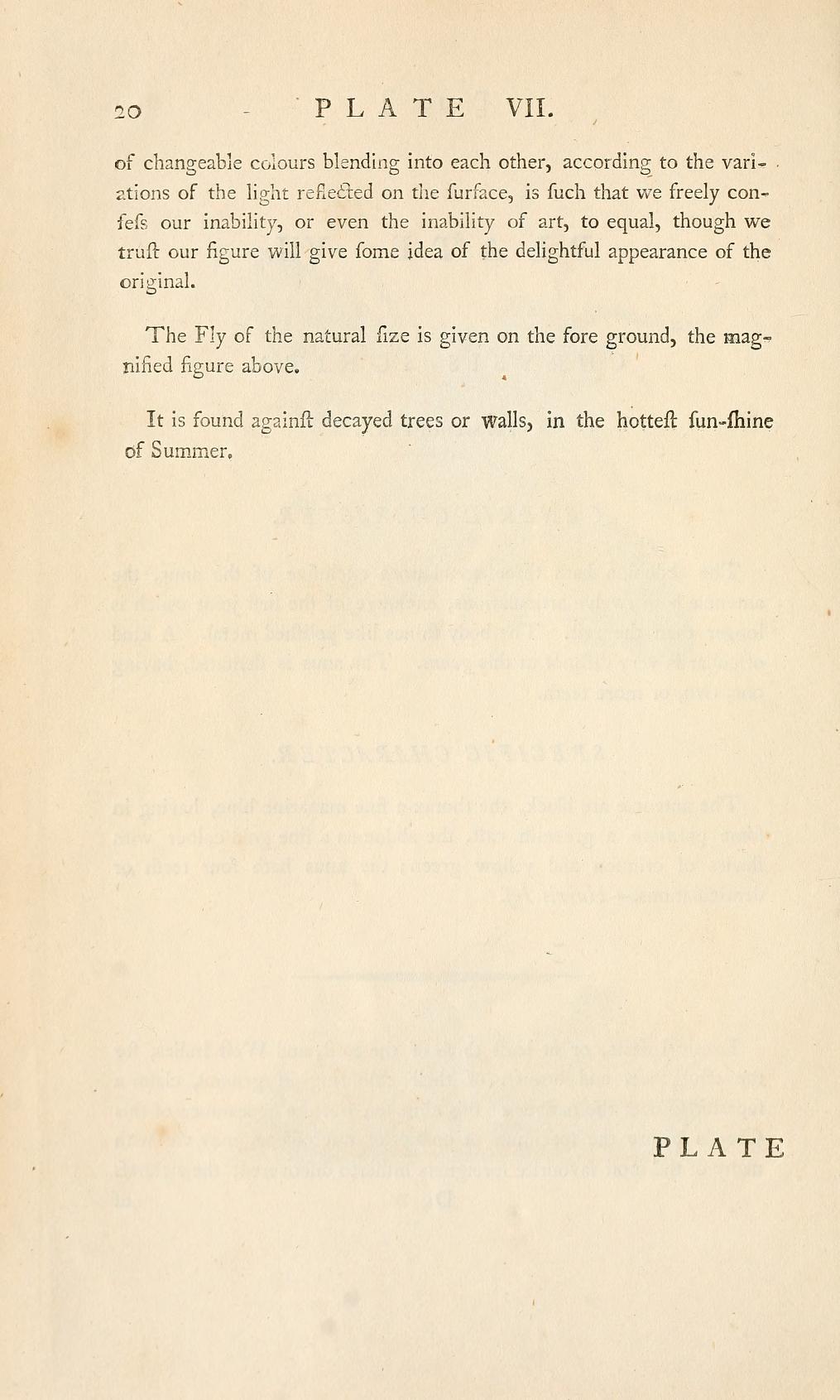 If only I had a copy of this beautiful book.