The sign says Bullfinch so my hopes are up. 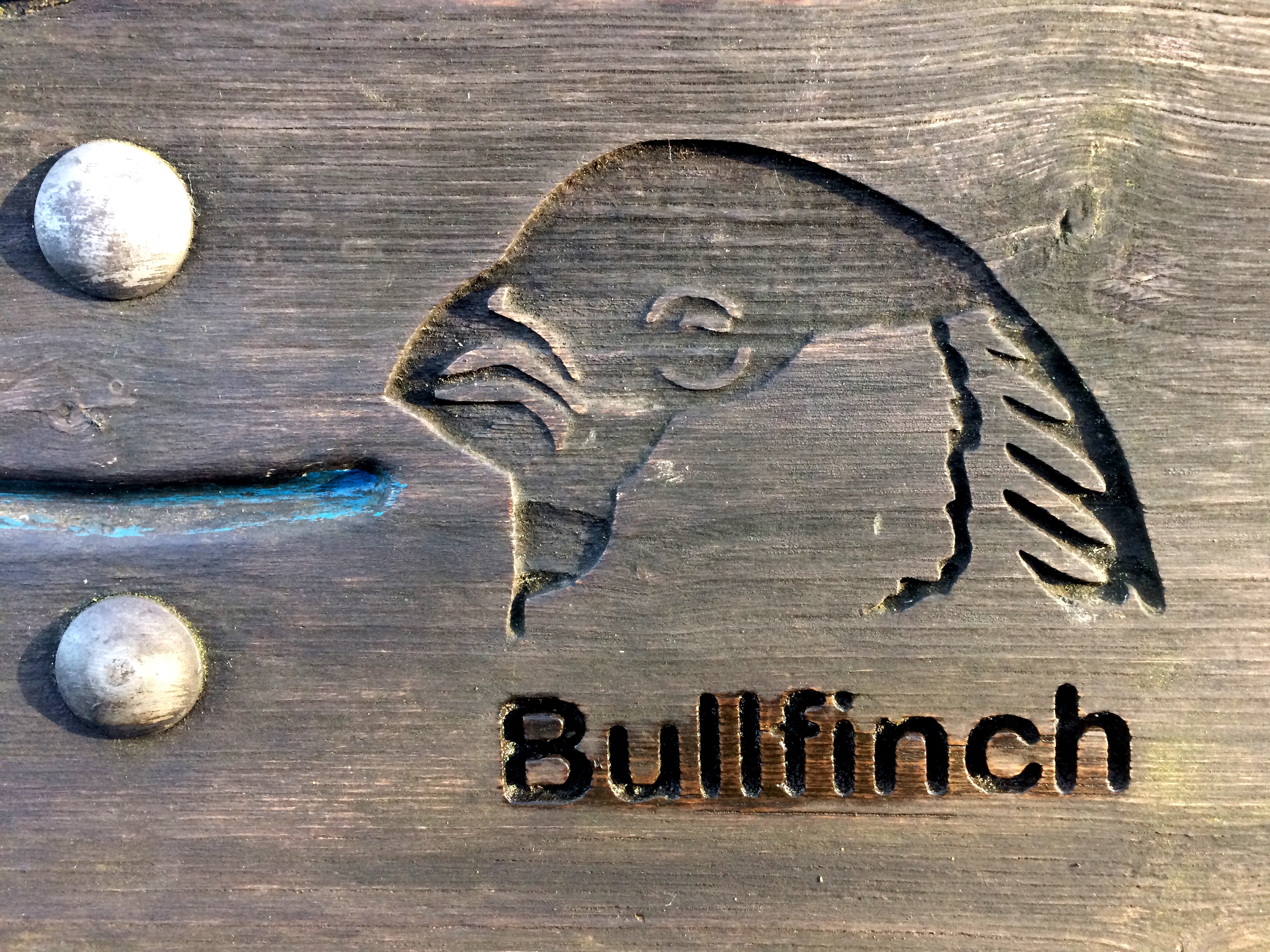 But there’s nothing. I’d love to get some decent shots but there are no Bullfinches. Then, there they are: 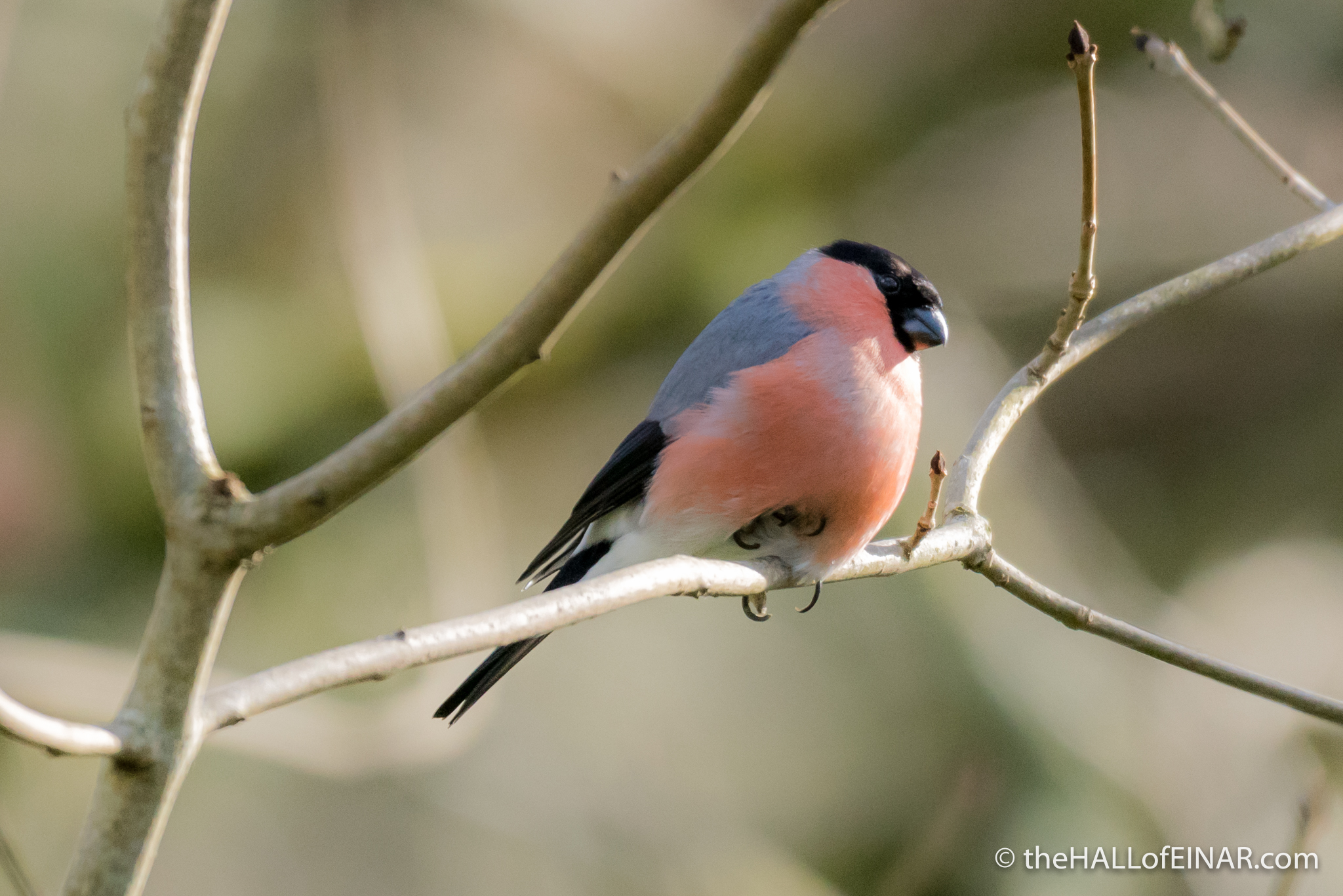 Far away, but magnificent nevertheless.

This one has a problem with its right foot or leg. It may well have Fringilla papillomavirus like the Chaffinches do here. It’s a wart virus which is annoying to them but not serious. They catch it from perching on the same perches as other infected birds. That chance is pretty slim in the wild but there’s a bird feeder strung from the tree which hundreds of birds use. We may well be giving them food but we’re also giving them warts. It’s just like the changing rooms in the swimming baths and getting an unfortunate verruca.

A park ranger approaches and refills the feeder without cleaning and disinfecting the perches on it. I ask her about it and she says they do it sometimes. Clearly not enough.