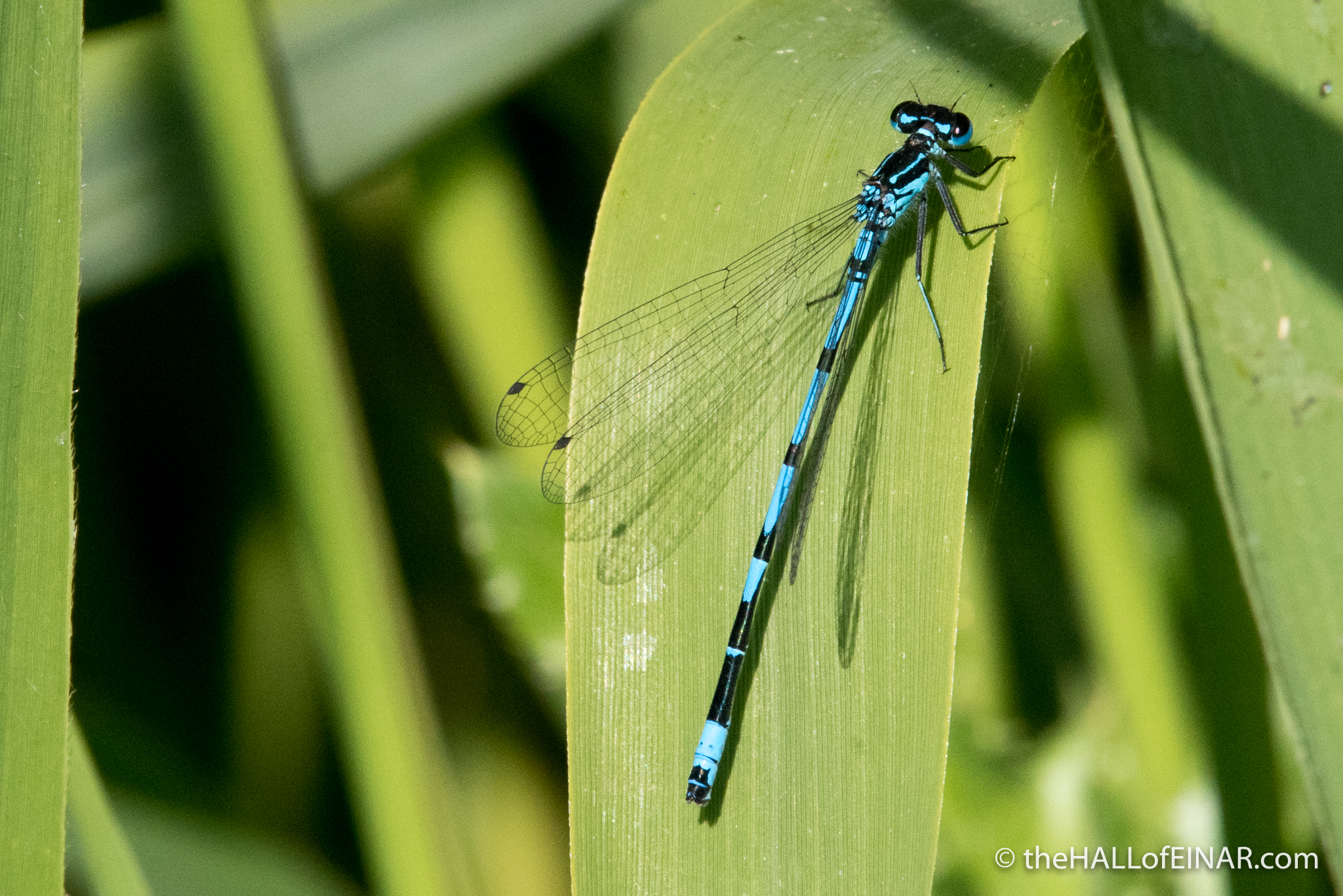 There’s a Variable Damselfly Coenagrion pulchellum near the pond. They fly from May to August. The British Dragonfly Society (yes, there really is such a thing) says:

“Male: anti-humeral stripes are usually broken, like two exclamation marks. S2 has a “wine-goblet” shaped mark, usually joined to the inter-segmental line by its stalk, though this character is quite variable. S8 is blue but S9 is mainly black.”

Now, do I start counting the segments of the abdomen from the head end or the tail end? Damselflies really are confusing to the uninitiated (which means me).