I’ve driven for six hours to Norwich for a single day’s work. It’s now five o’clock, I’ve finished work, and it’s time to start the six hour journey home, but I just can’t. I need a wildlife fix first to make my life bearable, so a quick Google search of RSPB reserves which are open all hours and which are nearby tells me that Surlingham Church Marsh is only 15 minutes away.

The RSPB’s website says of Surlingham Church Marsh: “Top things to do in Spring: Relax on a short circular walk around pools, fens and reedbeds; Listen for woodpeckers, warblers and other sounds of spring”

As soon as I arrive I see a Lesser Spotted Woodpecker, hear Cetti’s Warblers and see a pair of Jays swooping through the woods. It’s a beautiful place.

On the walk I’m surprised to see a teddy bear face staring at me from the reeds. There’s a tiny deer sitting in the reeds and I can see its head and massive ears. It has a big button nose and button eyes with fabulously fluffy ears. 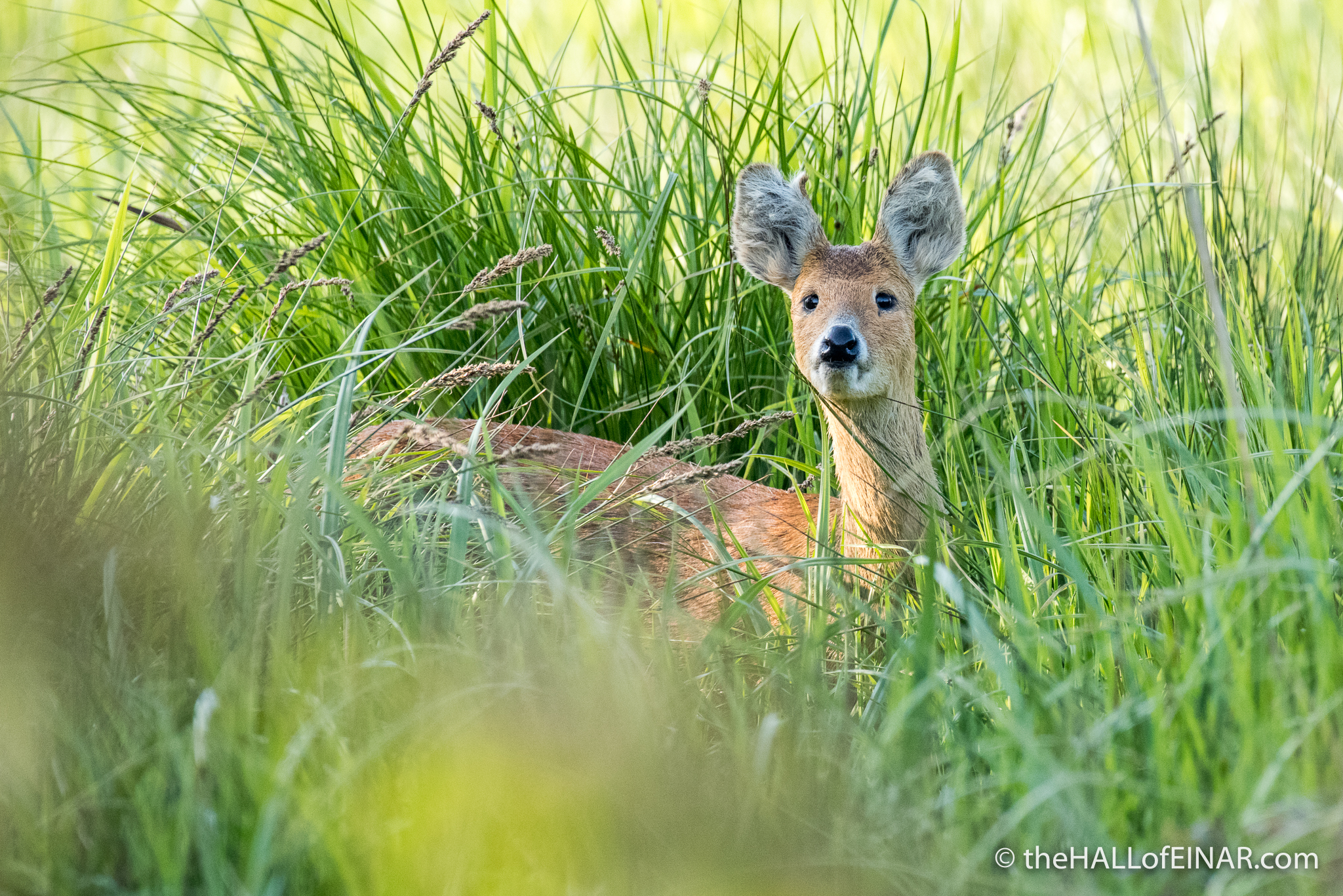 Then I realise it’s not lying down, it’s standing up. It’s tiny: only 50 cm or so high at the shoulder. It’s a Chinese Water Deer. 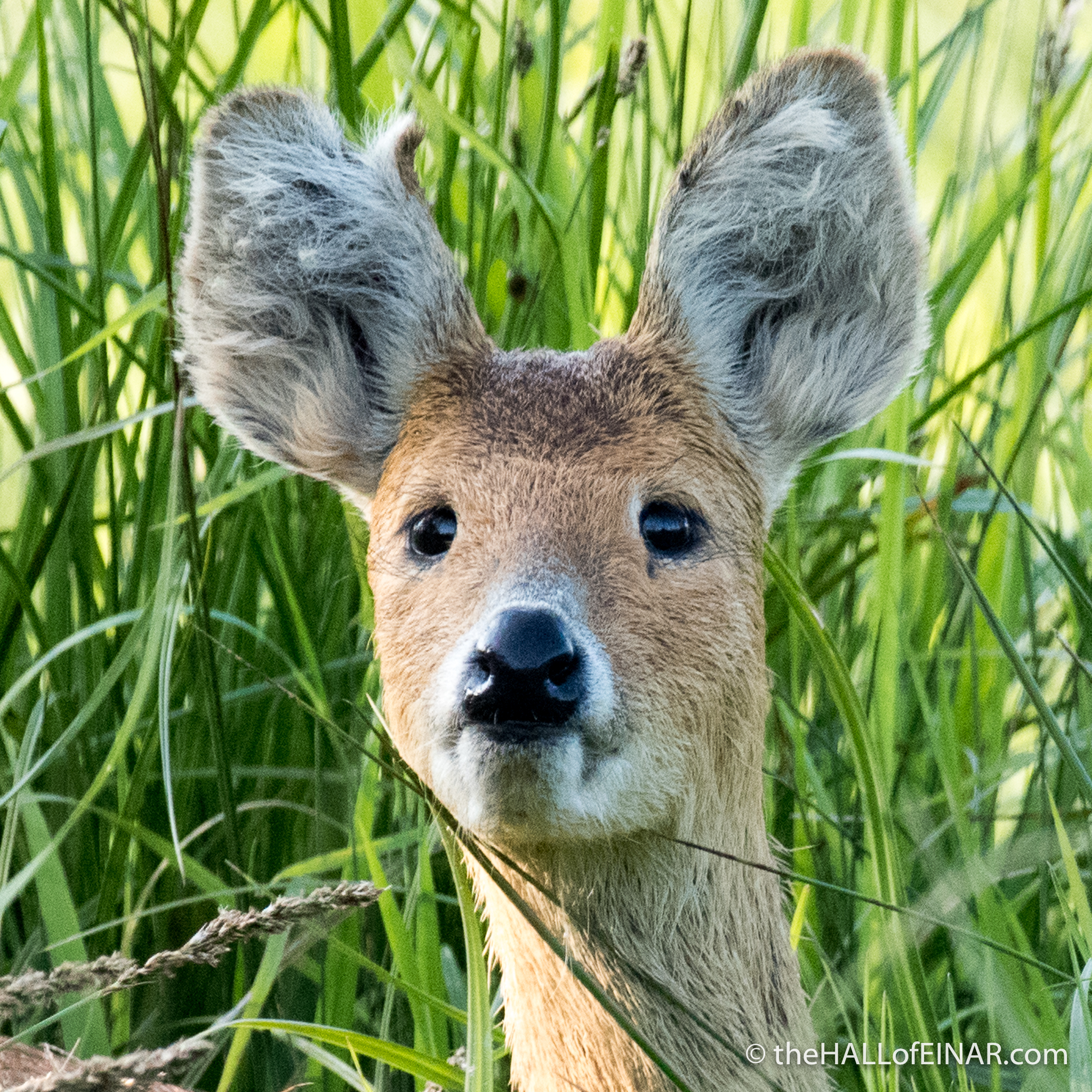 They originally escaped from Whipsnade Zoo in 1929 and have spread through Bedfordshire, Cambridgeshire and Norfolk. They’re under such pressure in their native habitat that the UK now has 10% of the world’s population and will have the majority if current declines in their homeland continue.

In their native habitat, Chinese Water Deer are hunted as an agricultural pest, hunted for meat and hunted, bizarrely, for the semi-digested milk found in the stomach of the unweaned fawns. Why? Traditional medicine. Greed, hunger, superstition and ignorance are a toxic combination.