The RSPB’s website says that if you want to find Sedge Warblers you should “Look for singing birds perched on the outside of a bush.” We’re at RSPB Greylake in Somerset and there’s a ferocious singing coming from inside a bush in the reeds. It’s so close and yet we can see nothing. The singing seems like a random, chaotic mess. We wait. Nothing. We wait some more. Slowly, something tiny emerges and moves to the outside of the bush. 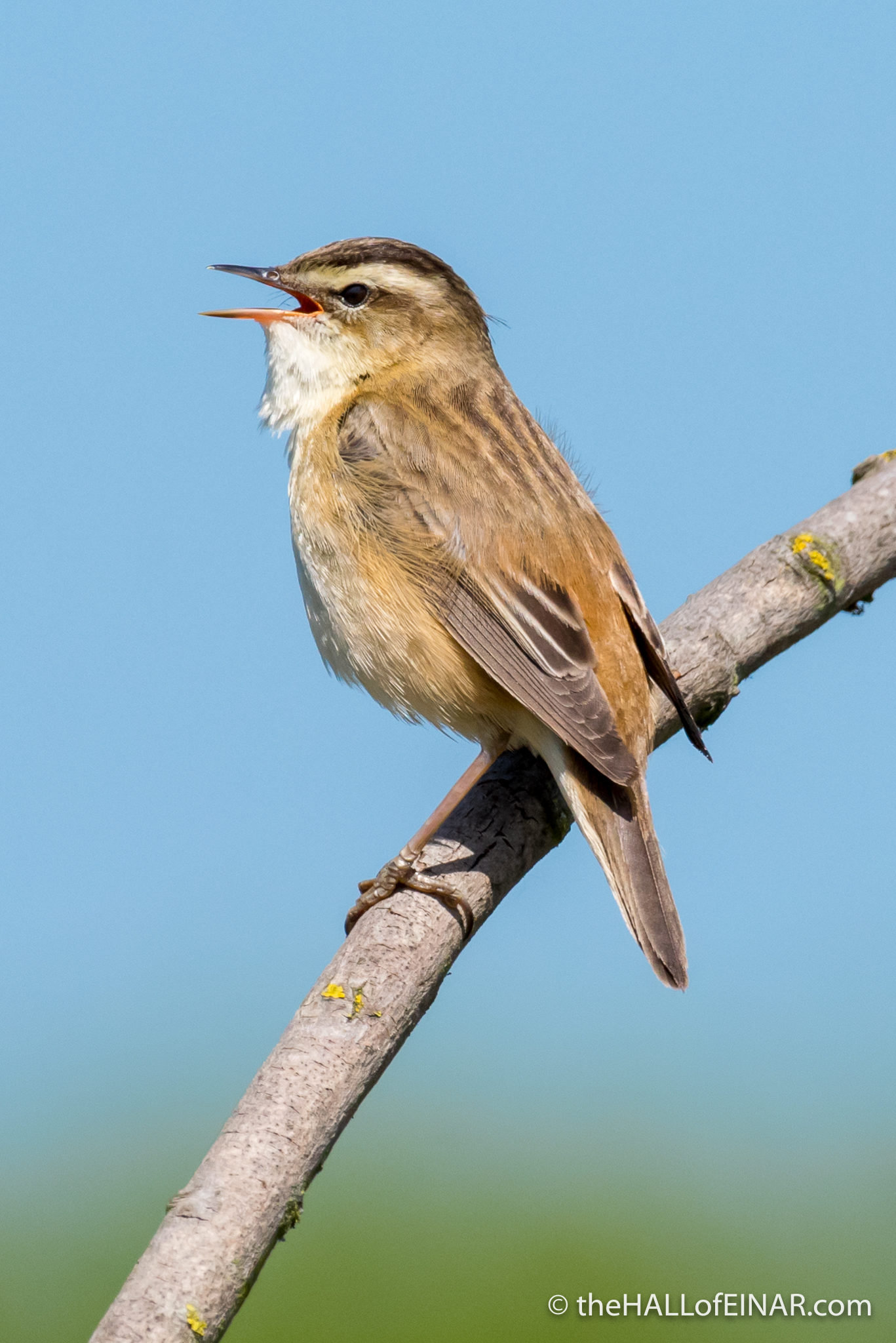 “The sedge warbler is a small, quite plump, warbler with a striking broad creamy stripe above its eye, and greyish brown legs. It is brown above with blackish streaks and creamy white underneath,” they say, completely ignoring the fact that proper nouns need initial capital letters. 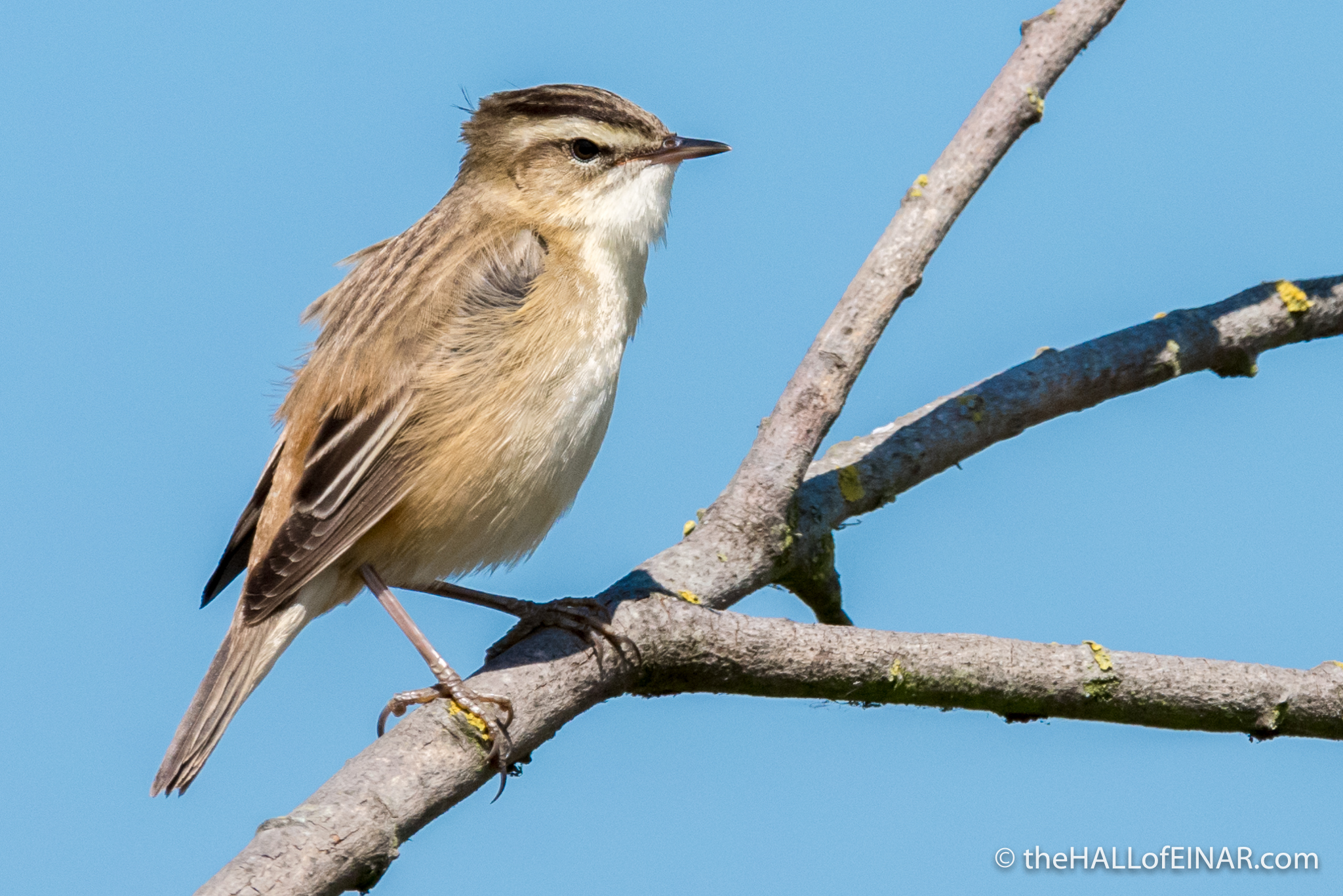 Yes, that checks out. Hold on, what’s this? “It is a summer visitor, and winters in Africa, south of the Sahara Desert.” This tiny, tiny, noisy bird has flown here from south of the Sahara desert just for the summer, to eat our insects and rear its young. Given the number of flies around today I’m grateful for its journey.

After crossing the Sahara to get to Somerset I imagine they would be grateful for all this water. 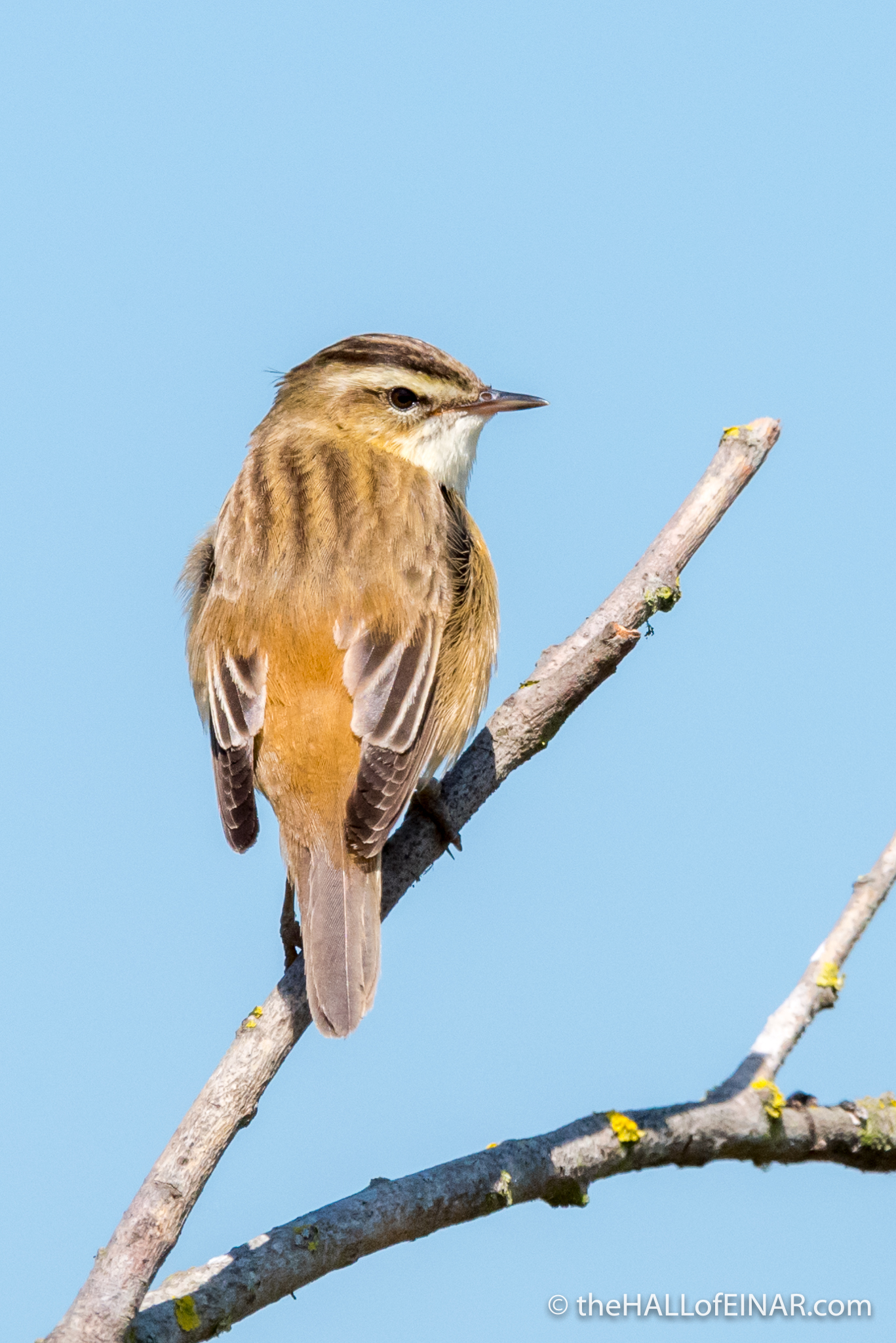 “Its song is a noisy, rambling warble compared to the more rhythmic song of the reed warbler.” Random and chaotic is how I describe it. The males with the biggest repertoire of sounds have the greatest breeding success, so there’s strong sexual selection by females for males to have this beautiful chaotic song. I’m glad the females are fussy, otherwise all they would have to do would be to grunt like human males. 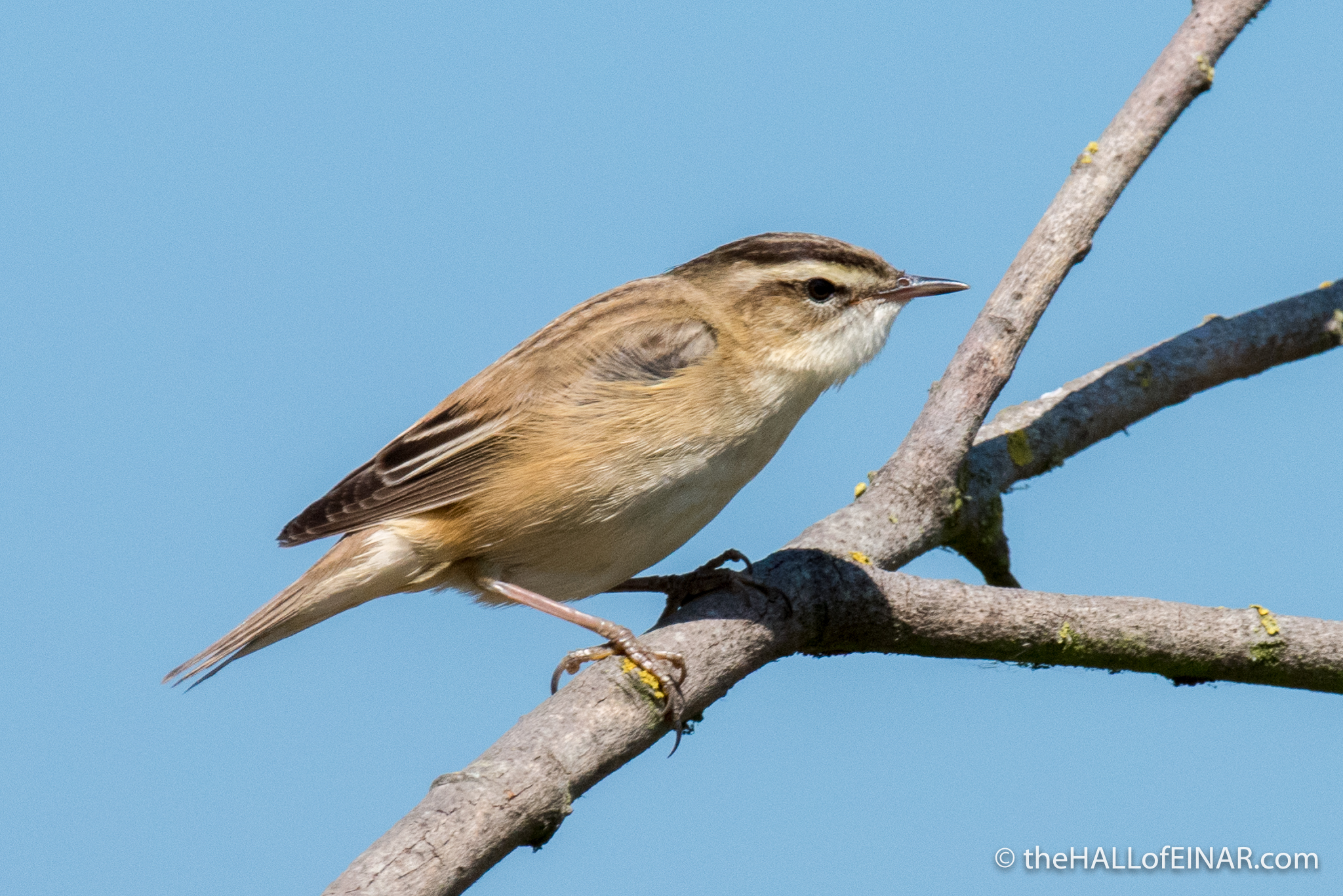 This Sedge Warbler seems so fragile, yet after stuffing itself stupid and nearly doubling its weight it can fly from sub-Saharan Africa to Somerset in a single non-stop flight without a stop-over for refuelling. How incredible is that? The RSPB describe it as ‘quite plump’. I’d guess it would need to be to manage such an incredible feat.

Apparently “The song has the function of attracting a mate, rather than keeping other males away, and is stopped as soon as a mate is found.” Sedge Warbler males nest within 50m of where they nested the previous year. When you consider that this one has flown from sub-Saharan Africa, that’s about as precise as you can get. 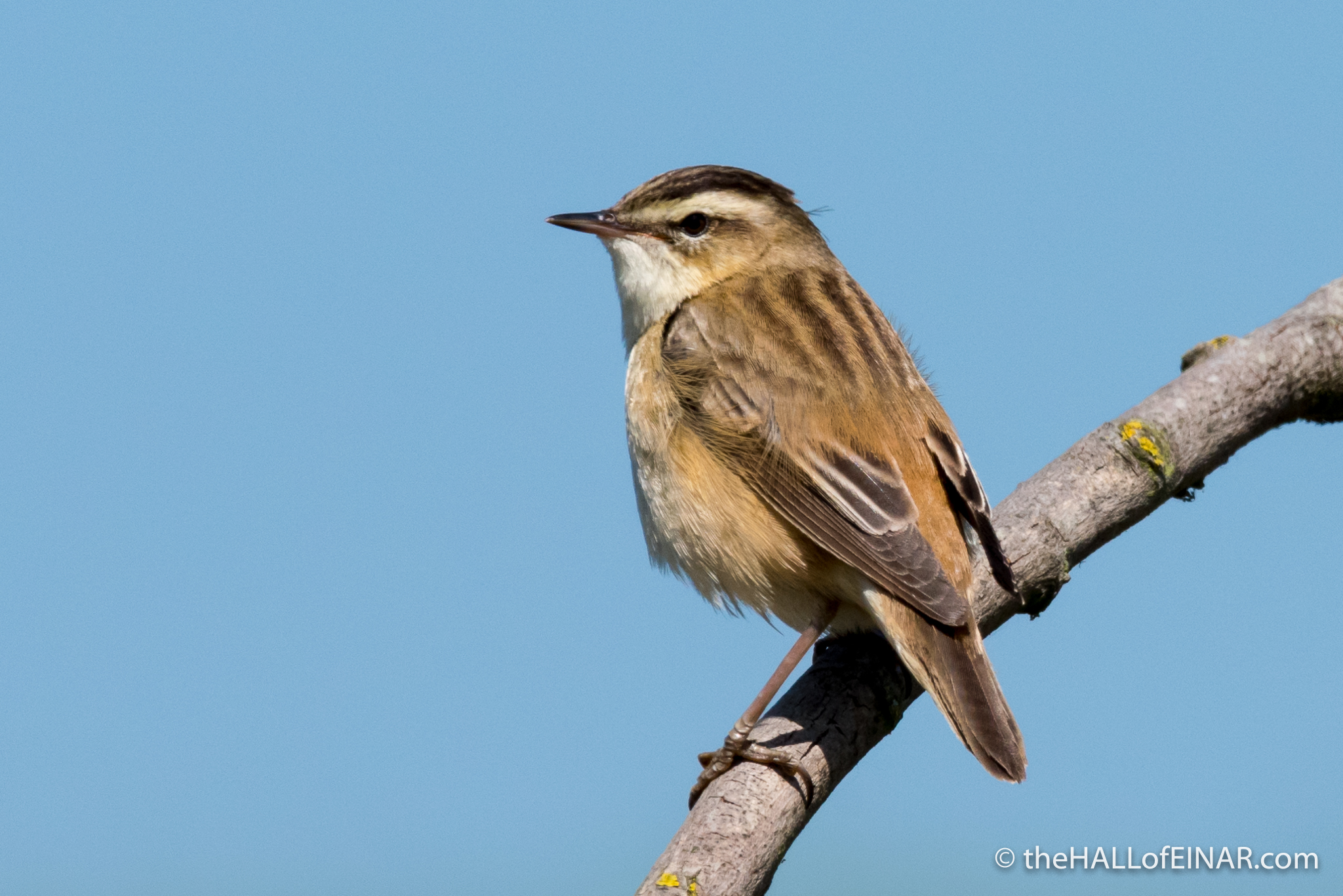 Good luck to him in finding a mate. The average life-span of a Sedge Warbler is two years, so for him it probably is now or never.