There’s a yellow bird singing loudly from a tree on Trendlebere Down. It sounds utterly beautiful and I’m entranced. 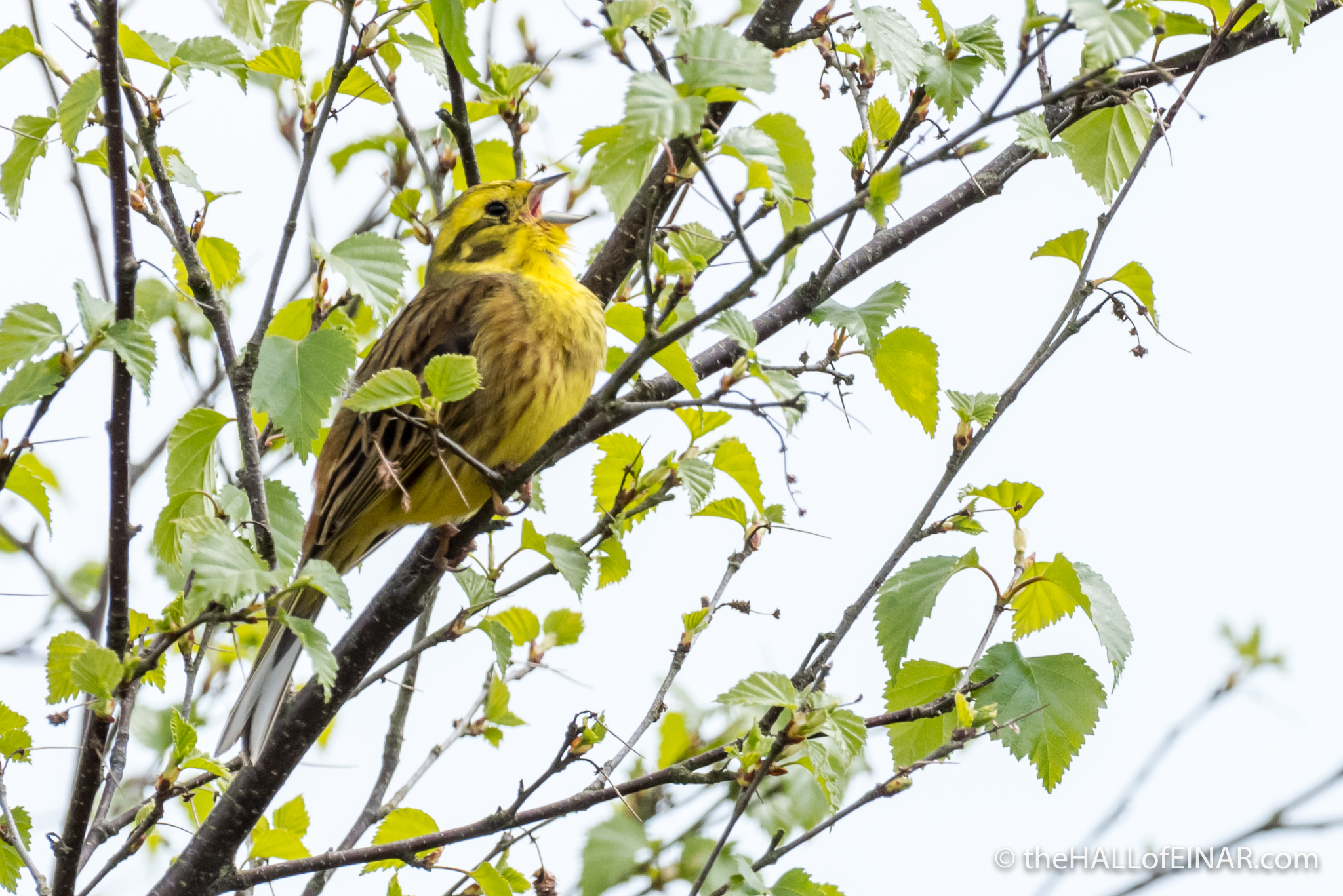 It must be a Yellowhammer. In previous years I would have had to remember as much as possible about the bird, return home, look at a poor reproduction of a watercolour interpretation of the bird and its possible alternatives and stare at a less-than postage stamp sized map of its distribution to try to work out what it was. Instead I get my phone out and check the RSPB’s website. “Often seen perched on top of a hedge or bush, singing.” it says. Sounds about right. However, it also says that Yellowhammers are not found in “The Orkneys”, which makes me worry because there is no such place at “The Orkneys”. There’s Orkney, that I recognise, but not “The Orkneys”.

Their song is meant to sound like “A little bit of bread and no cheese”, according to Enid Blyton and those who followed her. Personally I can’t hear it, and after all, what is the use of bread without cheese?