When I first played the CD of Graand Owld Byre Volume One by The Michale Harcus Family I was in the car driving across Westray and I had to stop it playing mid-way through the first song because I couldn’t drive safely while tapping my toes. As soon as it started playing I liked it and as soon as Matthew Harcus’s voice came in mid-song I knew that I loved it. Released in 2016 Graand Owld Byre is a fourteen song collection of cover versions and one original song. The harmonies on track one, Sing Me Back Home are so heartfelt and exactly the sort of harmonies that family members seem to be able to do instinctively. 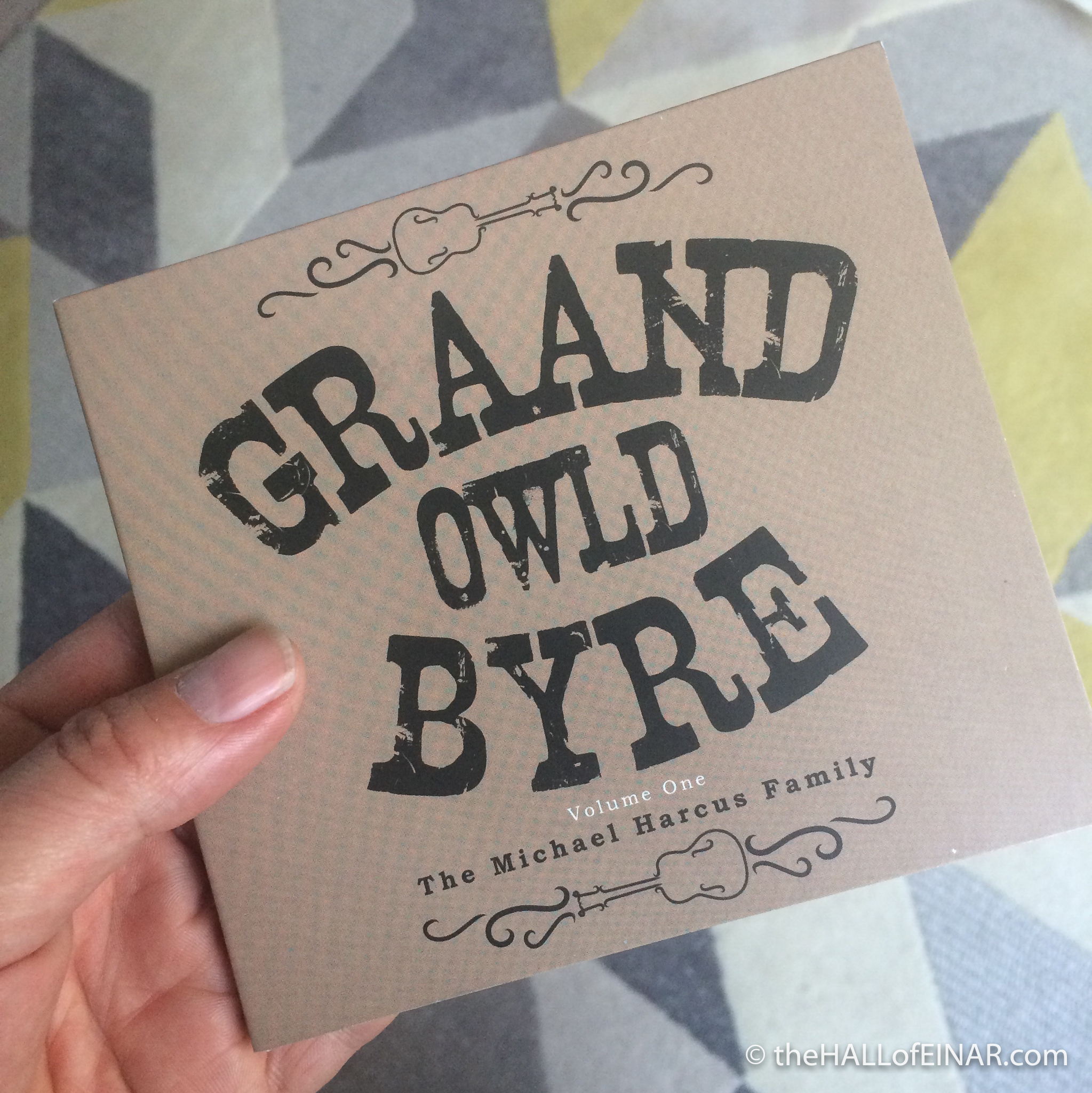 I was seriously worried when I saw Ring Of Fire was track three as anyone attempting a Johnny Cash song does so at their peril; nobody can match the great man for commitment and delivery. Yet, somehow, it works without being kitsch. I’ve seen the Harcus Family perform several times at Westray Connections and at their Graand Owld Byre venue on Westray itself and their events are always good natured and entertaining. I don’t even resent having to wait until the end of the event to have tea and cake, which says a great deal about the quality of the experience. As Gina Rendall’s review of her evening says, “The supper is fir getting your strength back after an emotional rollercoaster!” You can find details of their Tuesday evening shows here: Graand Old Byre. You can also find them on Facebook here: Graand Owld Byre. The songs on this CD were recorded in Westray and Nashville – surely the most unusual combination of studios on any recent recording. 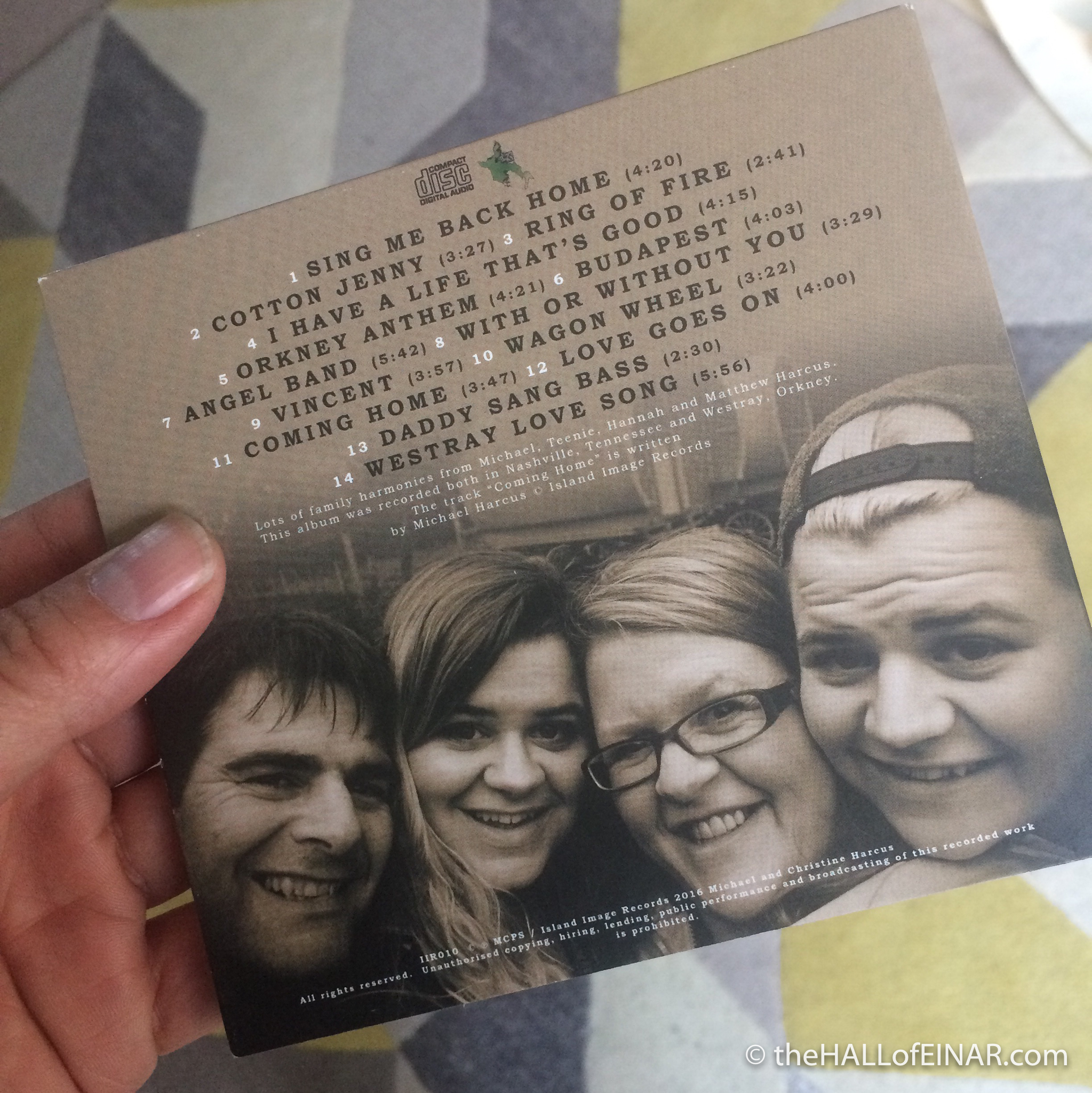 Matthew’s voice on Budapest matches George Ezra for character and it’s a wonderful version. I’m someone who doesn’t own a single U2 record, so it was with trepidation I listed to their version of With Or Without You, yet my fears were unfounded as it’s a masterclass in arrangement. For some reason still unknown to me, Wagon Wheel by Old Crow Medicine Show is as much an anthem for Orkney as any modern song. The Michael Harcus Family do a restrained version compared with the fiddle frenzy and dancing that occurs at any gathering where it’s played on the island.

The CD ends with Westray Love Song, a tune written by John Rendall, known as Johnny o’ Kenties (because his name was Johnny and he lived in a place called Kenties) to stop confusion with all the other John Rendall’s on the Island). He wrote it in the trenches in the First World War. The words were written in the 1980s by the headmaster of the school, Norman Cooper.

Michael and Teenie also run a range of beautiful holiday accommodation on Westray – what’s stopping you?! Details are here: Chalmersquoy.

Westray Love Song is a wonderful end to a great CD. Is it in your collection?

Graand Owld Byre Volume One is available from Michael Harcus’s website: http://www.michaelharcus.co.uk/discography/graand-owld-byre/ or direct from them at an event or in local shops.

WARNING – do not attempt to drive while listening to this album.