As I walk down the canal I see a duck with a vicious saw-toothed beak and a brown head. It must be a Goosander. No, not a sander for goo, but a Goosander: a saw billed duck. 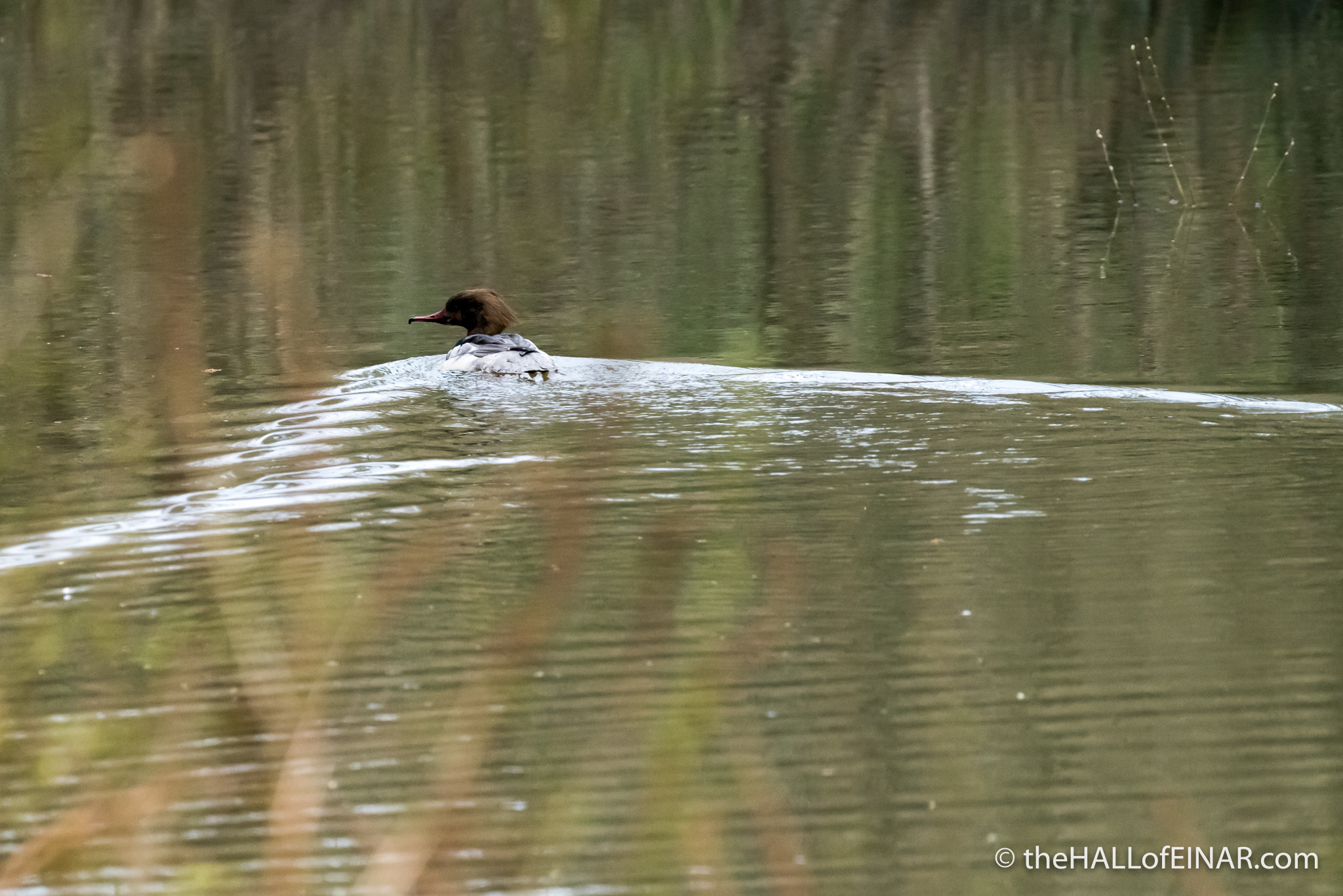 I begin to follow it down the canal. It swims away from me with powerful strokes. I’m having to walk stupidly fast to keep up with a swimming duck.

Then I see it jump and dive under the water and I’m running headlong, camera held high with camera bag banging behind me to try to catch up with it while it’s underwater. Not a chance. It’s just like Michael Phelps and is faster underwater than it is on the surface.

Then it dives again and I’m off running headlong once more when I suddenly notice an old couple looking at me strangely from the opposite bank. Still, I would have had a very different life if I’d stopped to worry about what people think of me. 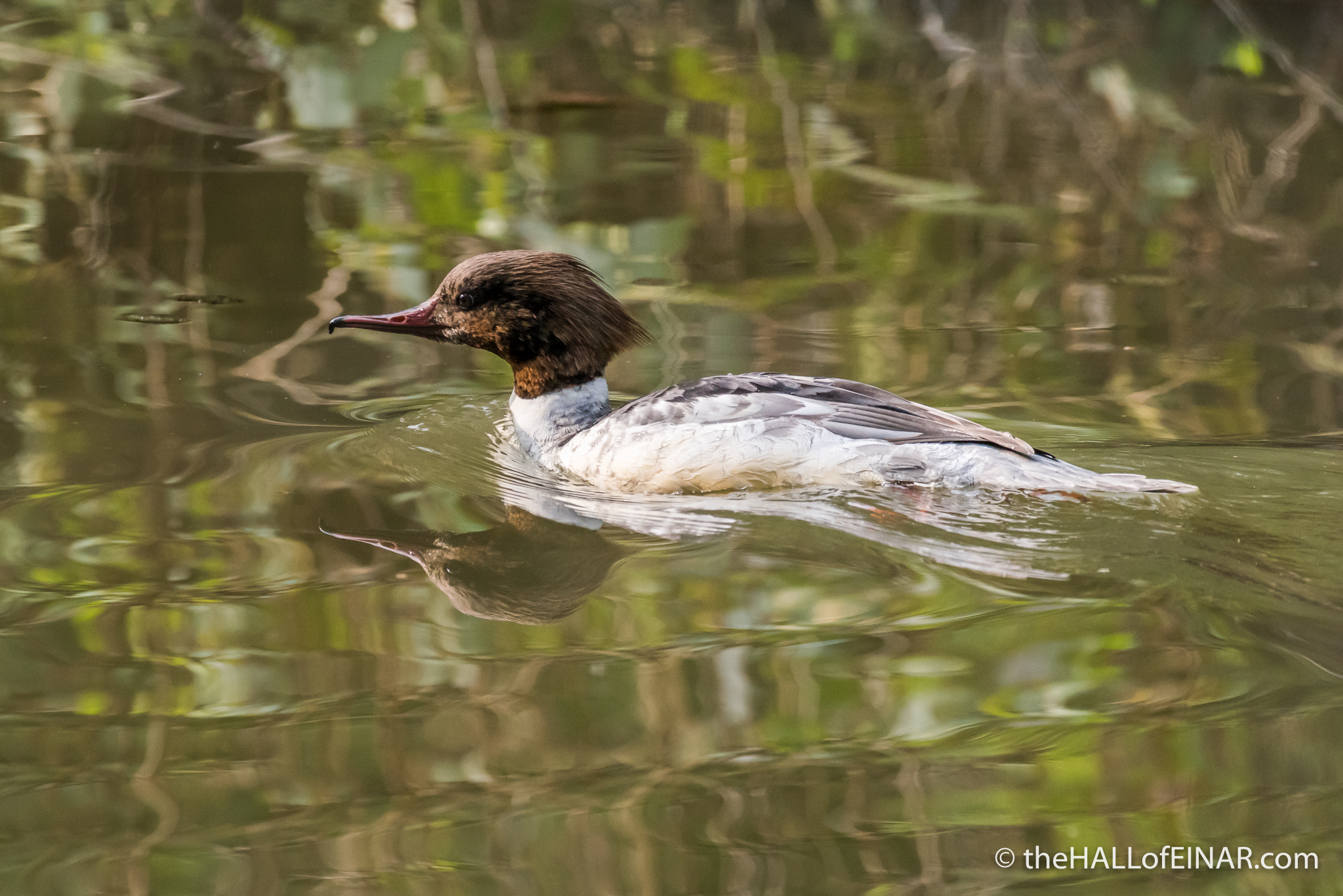 The light is poor and it’s a fast moving duck but I manage to get a few shots. As I go left, it goes right. As I go right, it goes left. It reminds me of the strange man in the overcoat who kept following me in the woods when I was twelve. 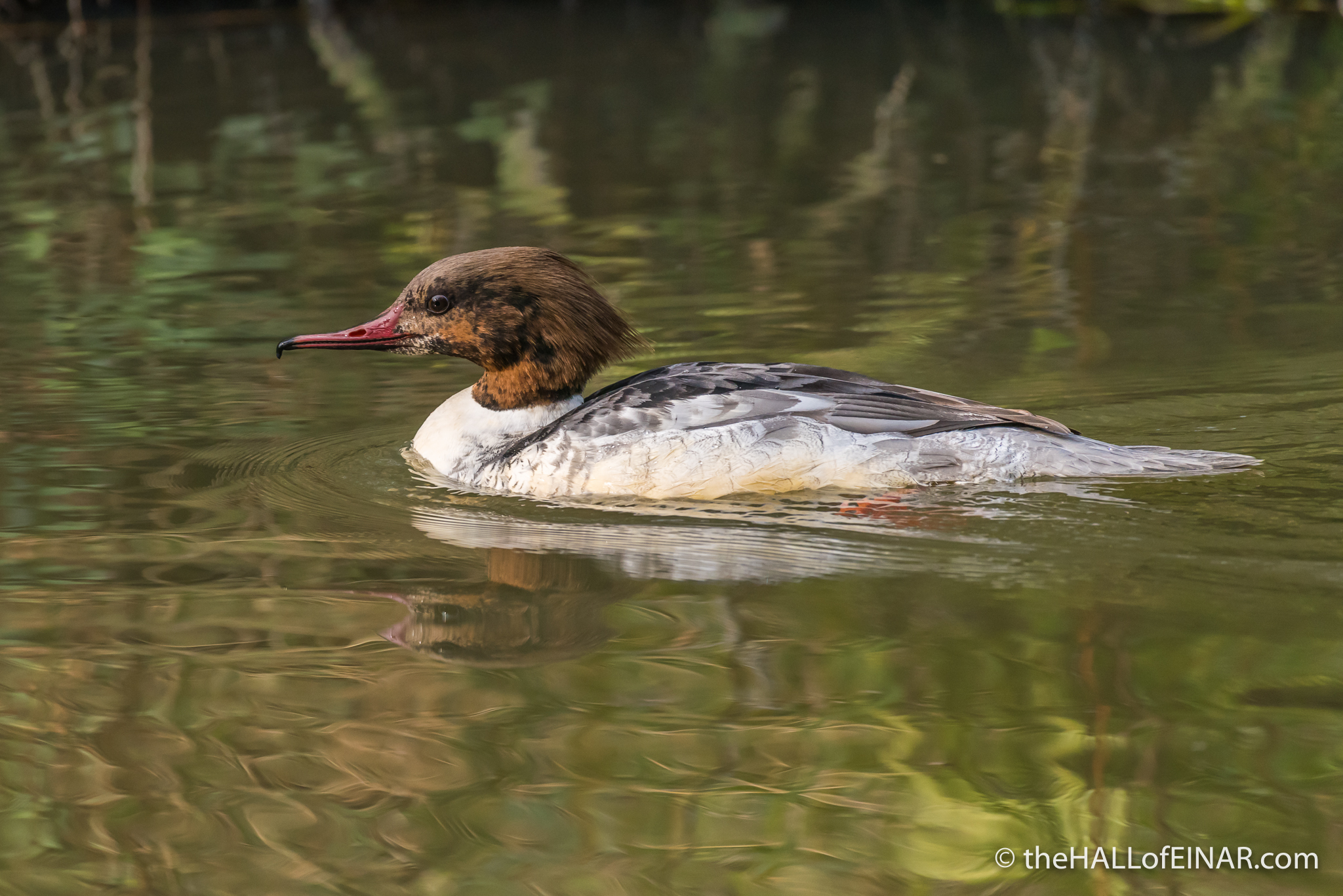 Then I see it dive again and… it doesn’t seem to come up. I can’t see it anywhere. I look up and down the canal but it’s disappeared completely. I’ve been on a wild Goosander chase.

2 Responses to "A wild Goosander chase"