Walking alongside the stream we see an enormous blunt-nosed, rat-like creature swimming with its nostrils held just above the water. It must be a South American Coypu, or Nutria as everyone else calls them. 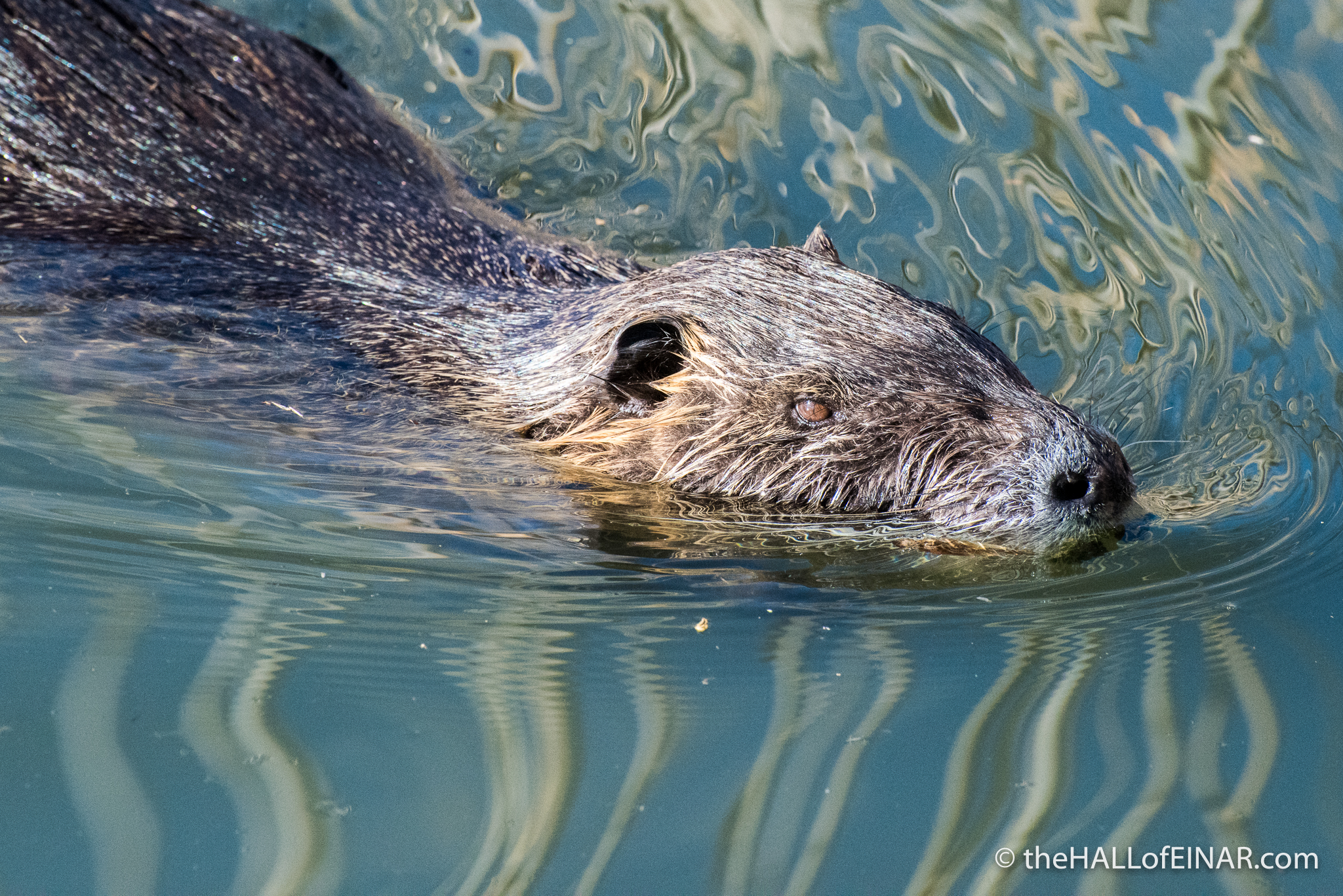 There’s something inhuman and otherworldly about their tan coloured eyes. Their eyes are also in the wrong place and so are their ears and nostrils; they are all high on the head so they can keep them above the water.

Here are a few more portraits.

These were in Italy and not South America. They can still be found in the UK, but they haven’t made it to Orkney yet – despite their ability to swim!