I bought my first SLR camera when I was 11 from my neighbour Ron for £6. It was a massively heavy Russian Zenit 3M with a leather case. It was an entirely manual film camera so I had to use a separate light meter or estimate the exposure. It had manual controls for the aperture. If I wanted to use a smaller aperture everything went dark in the viewfinder and I wasn’t able to focus. It was marvellous when I got any decent results at all.

Walking in Oldham I found some Jew’s Ear fungus. I was always aware that learning the name of a species tells you a lot about people but nothing about the living thing itself. The Jew’s Ear Fungus is called that because it grows on Elder trees and in the Bible Judas was meant to have hanged himself to death from an Elder tree. Judas’s Ear or Jew’s Ear Fungus is what it became known as because of this link. Quite why the ears of a dead Bronze Age man would be growing out of a tree 2,000 years later didn’t seem to be a problem for superstitious people. It seemed to me that making up a creative story is a lot easier than hard study and science. 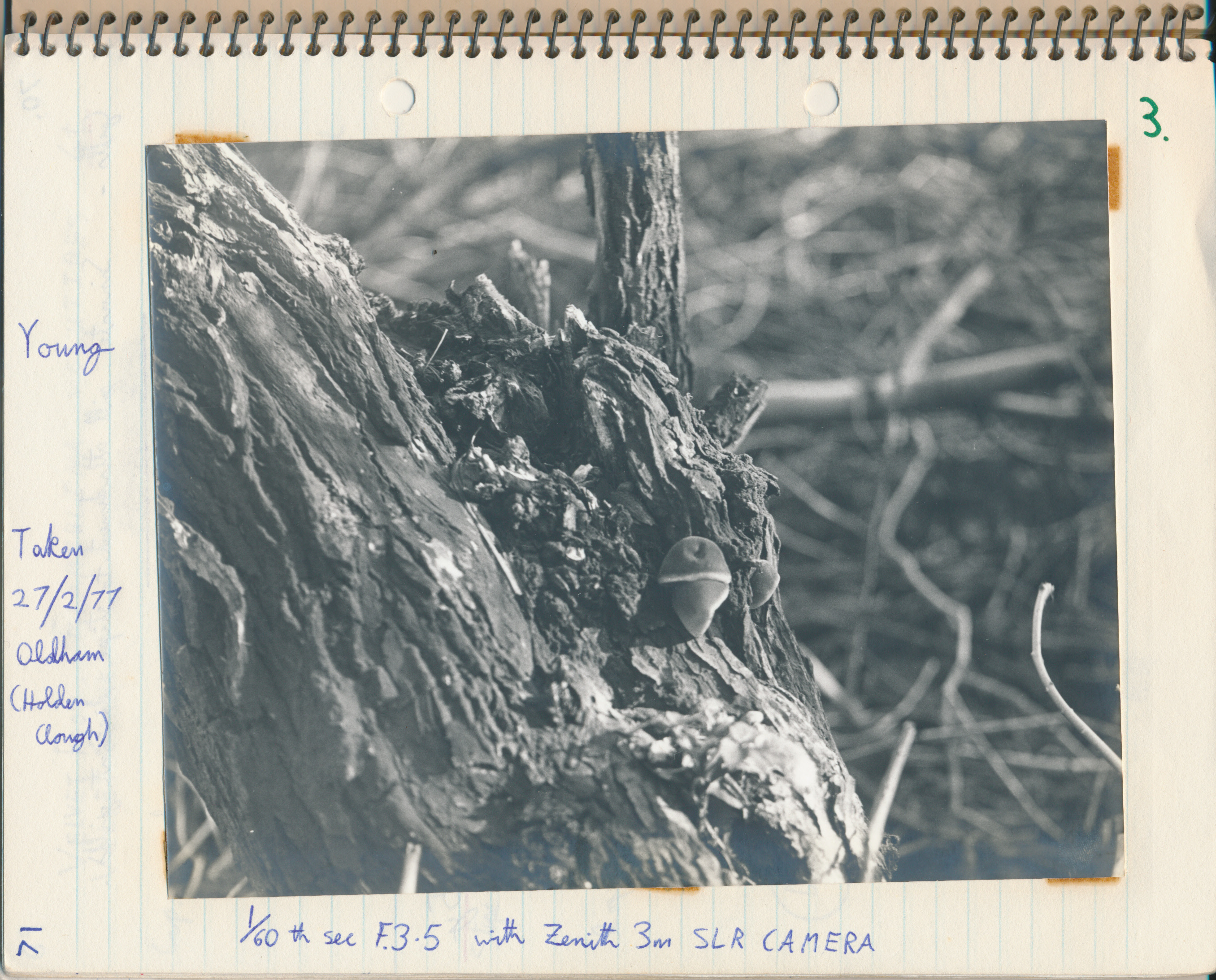 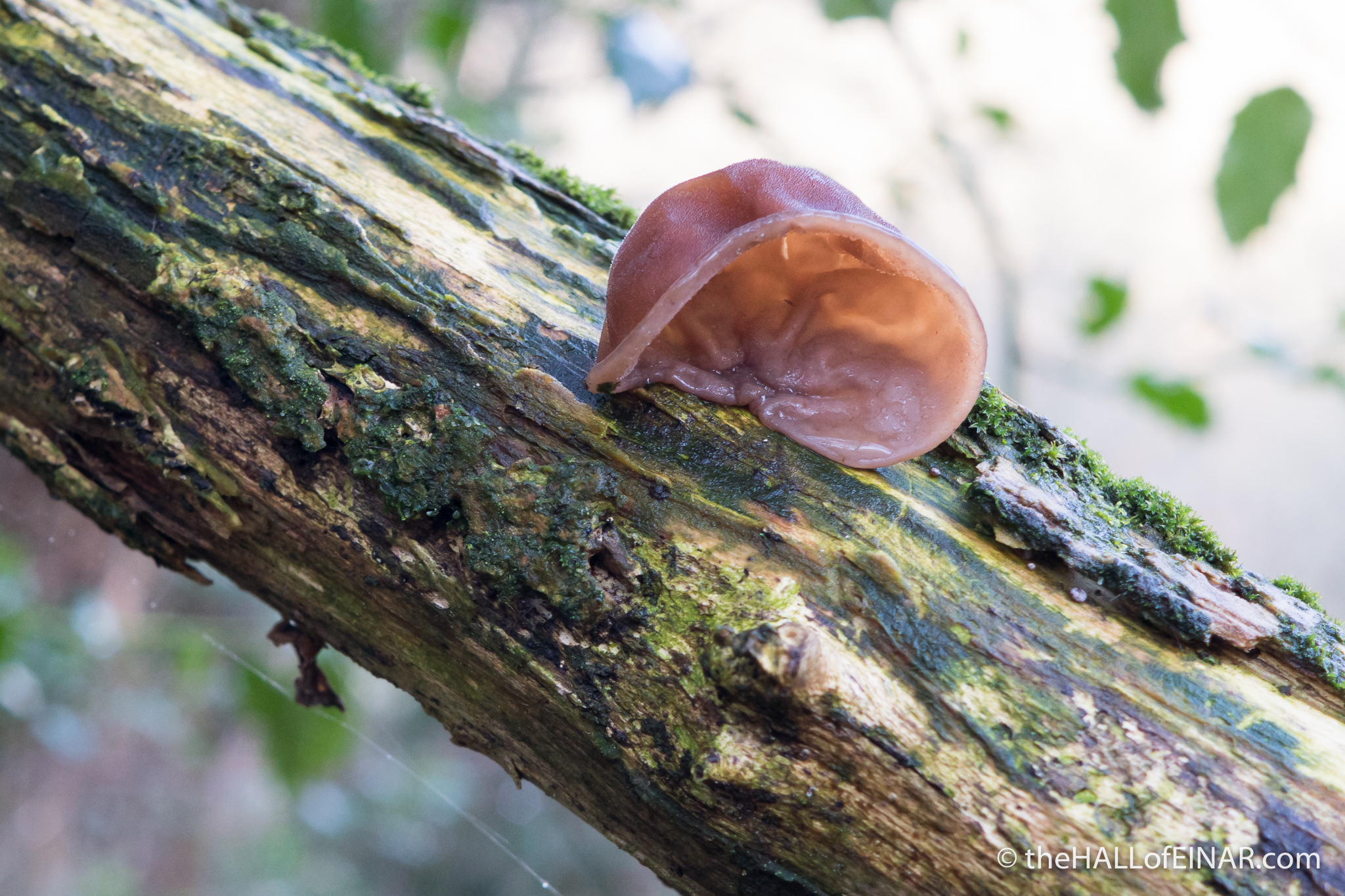 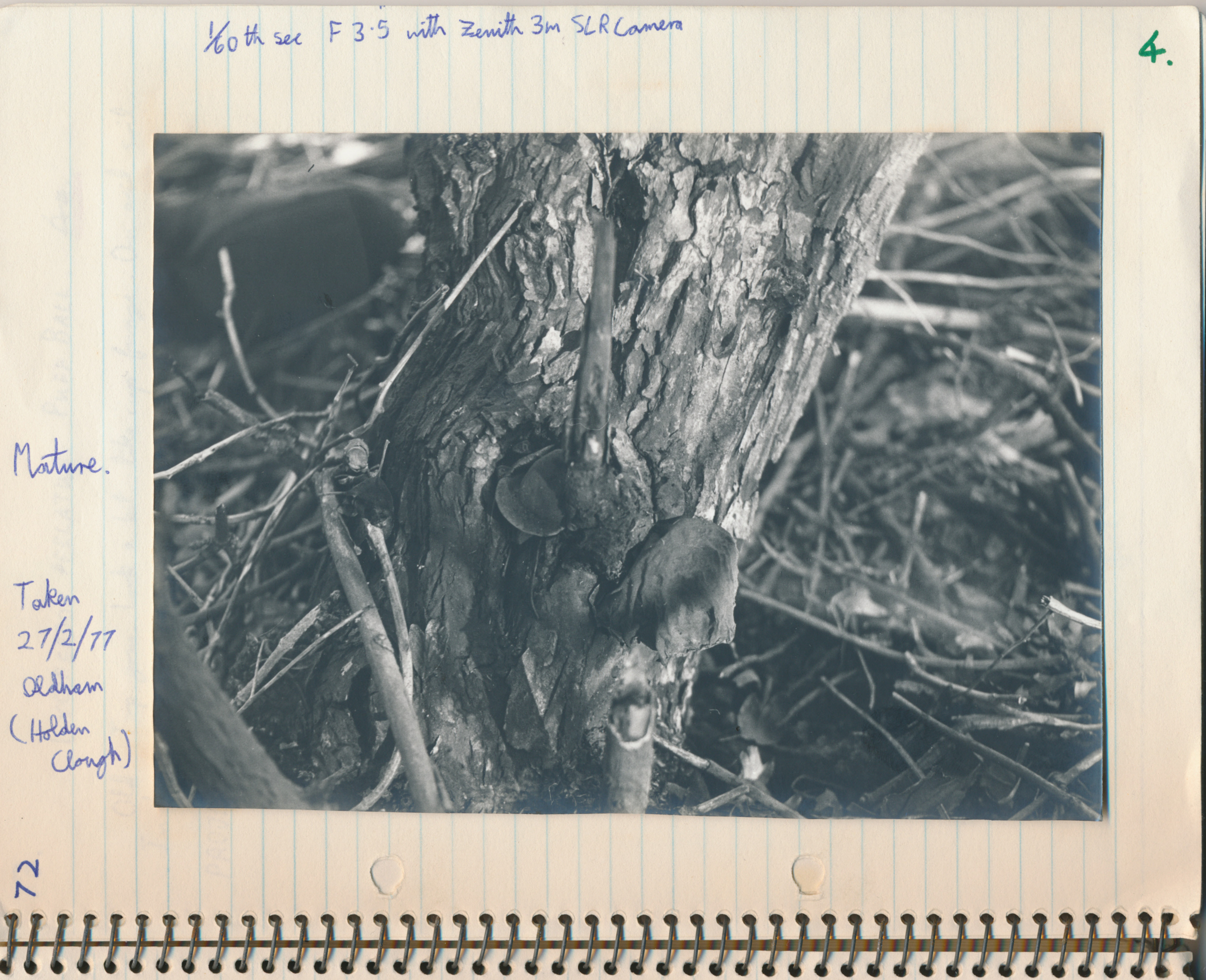 And a mature specimen from 2016. One of the main differences is this was taken with a camera which cost more than my parents’ house did. My modern Nikon camera is also heavier than my old Zenit despite the fifty years of progress. 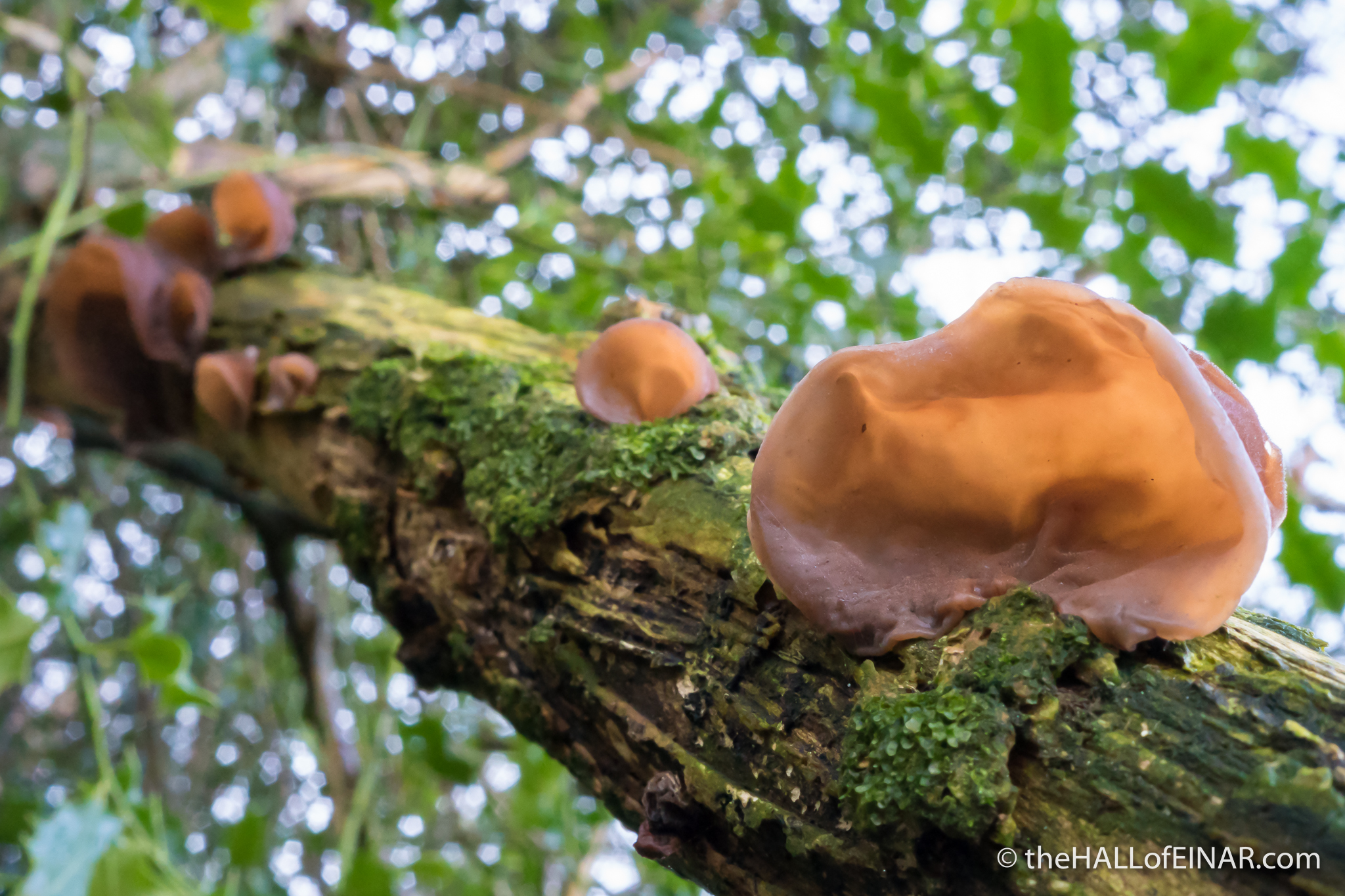 And finally my nature notebook entry from 1977 which says that it was growing on an Oak tree. So much for the superstitious Judas and the Elder tree theory: 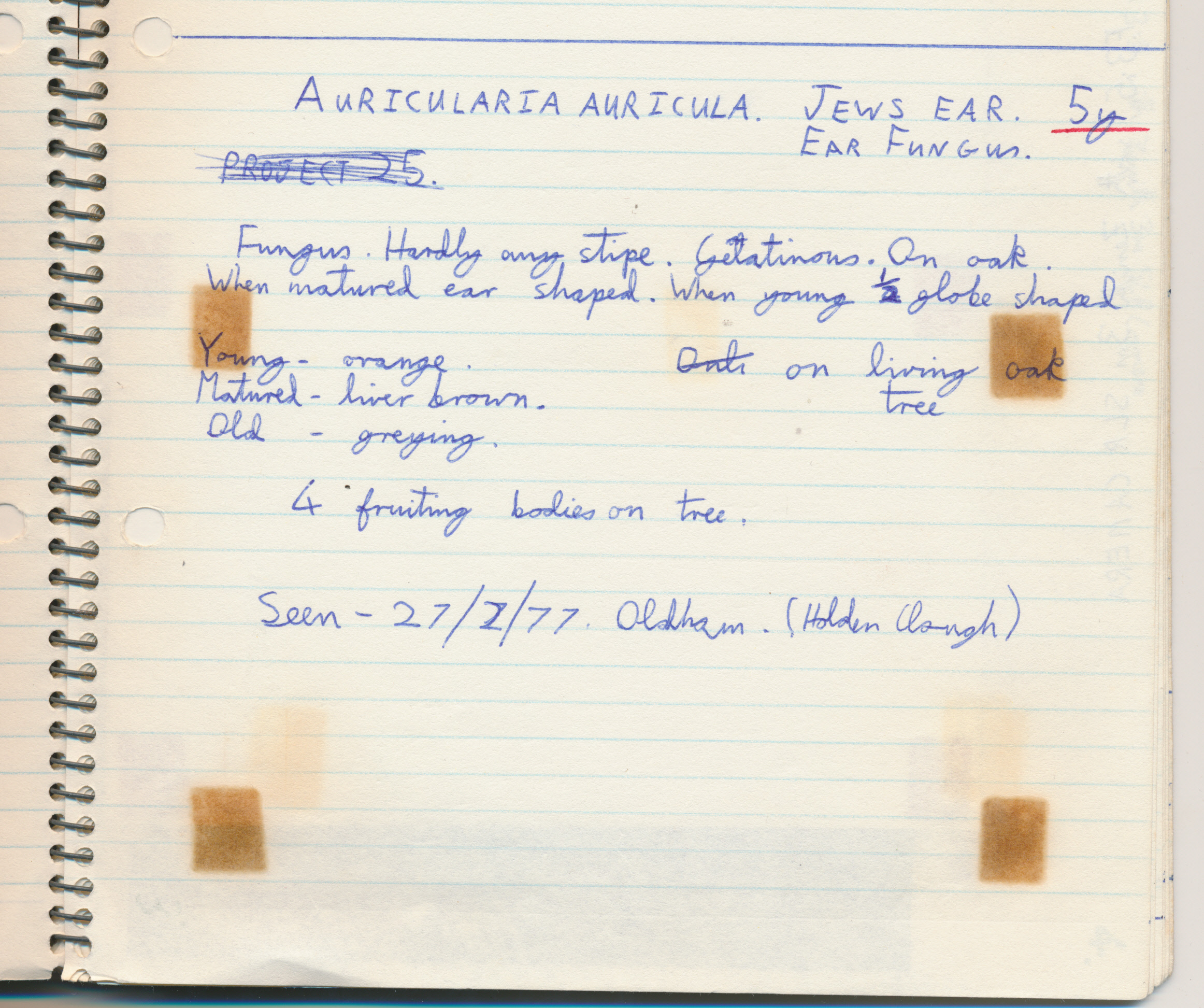