I grew up in a tiny two-bedroom terraced house in Oldham. There, any bird in the back yard was a delight. Sparrows were occasional visitors and enjoyed trying to condition their feathers and delouse themselves in the dirt on the path. Here’s my drawing of a male House Sparrow from when I was 12 years old. I’m still amused by the fact that the only plant shown is a Dandelion. 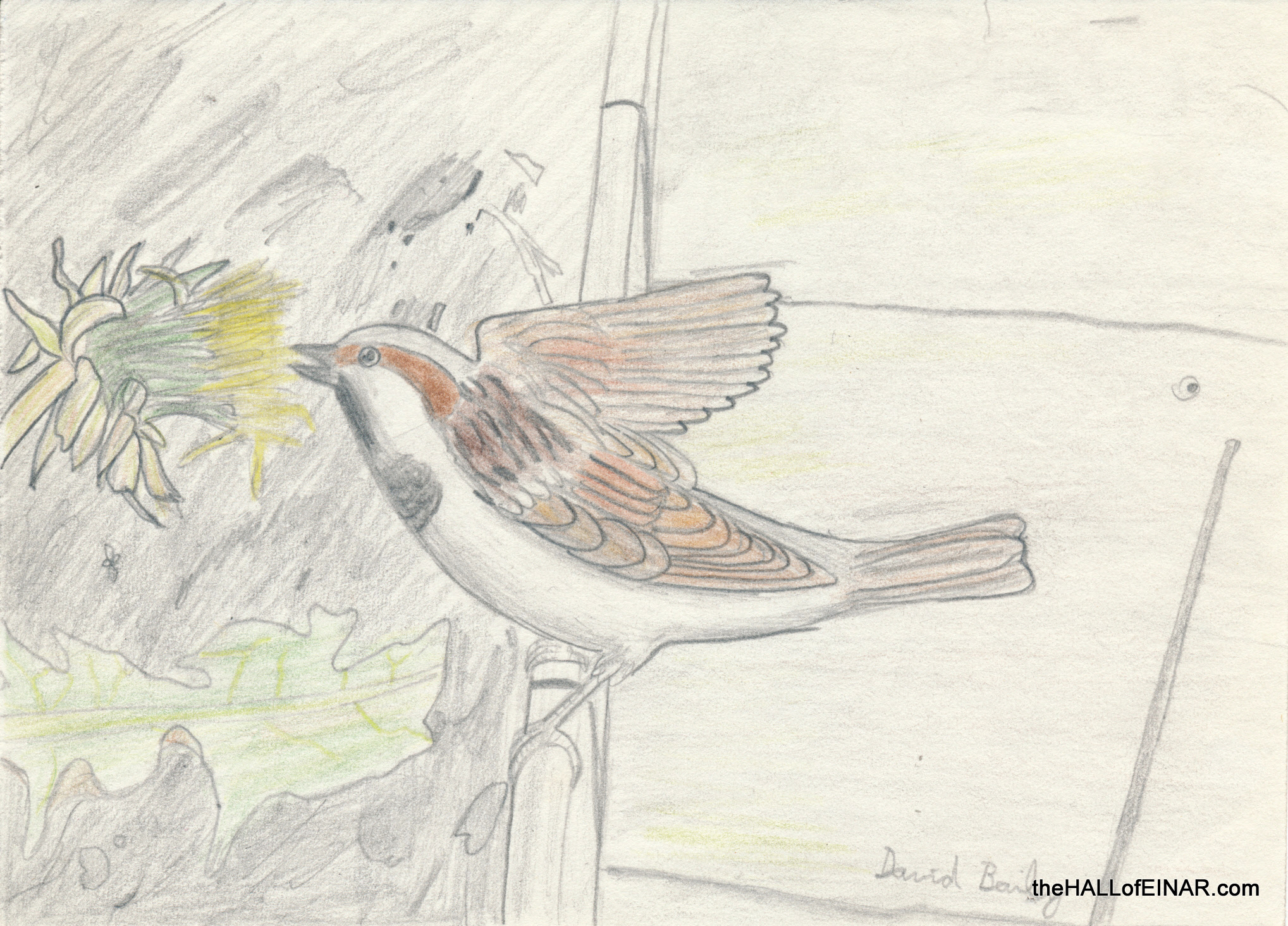 Forty years later and here I am still fascinated by Sparrows. Today I’m out in a nature reserve taking photographs of this beautifully marked male House Sparrow: 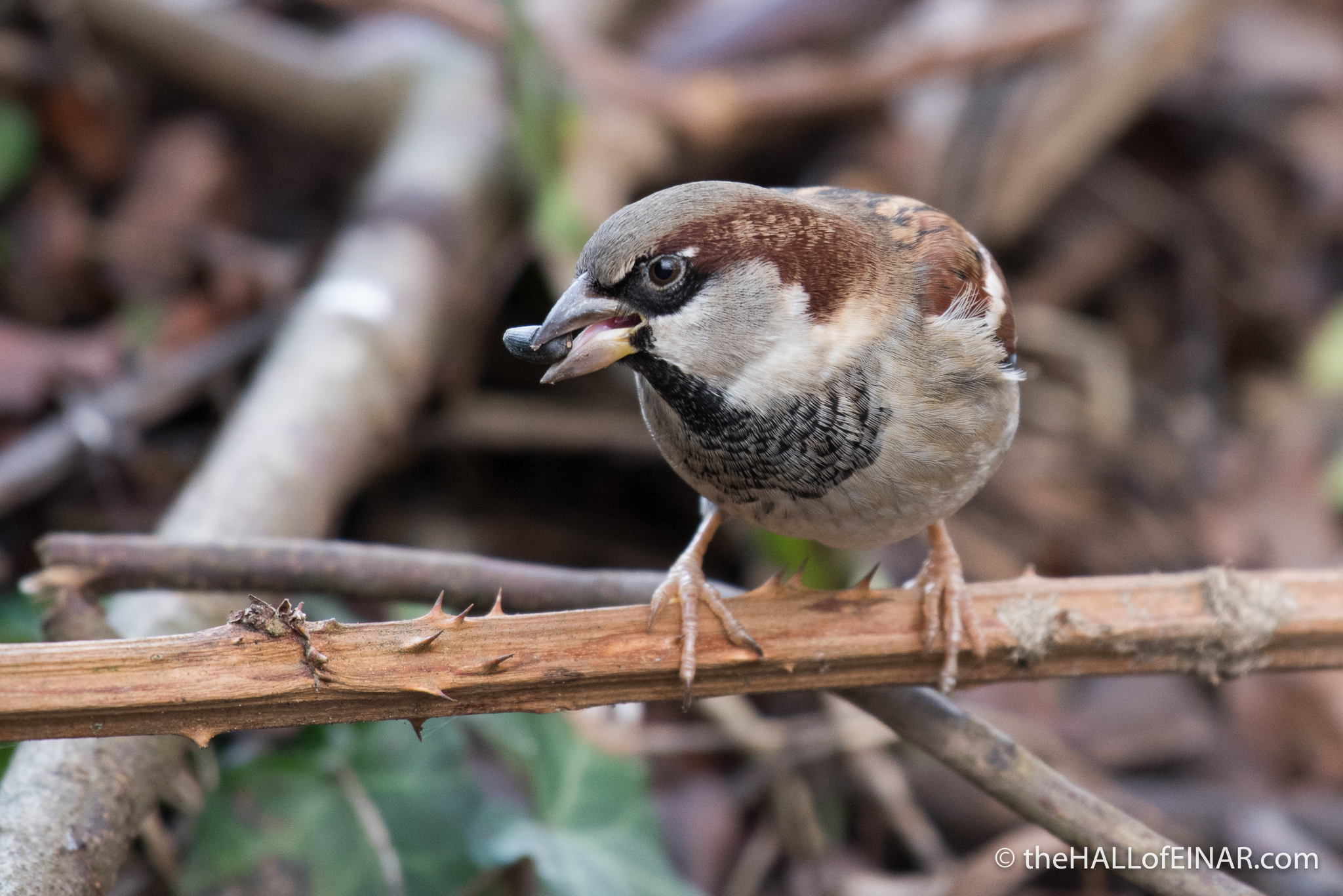 When I was 12 I started keeping detailed nature notebooks. Here’s my entry for the male House Sparrow: 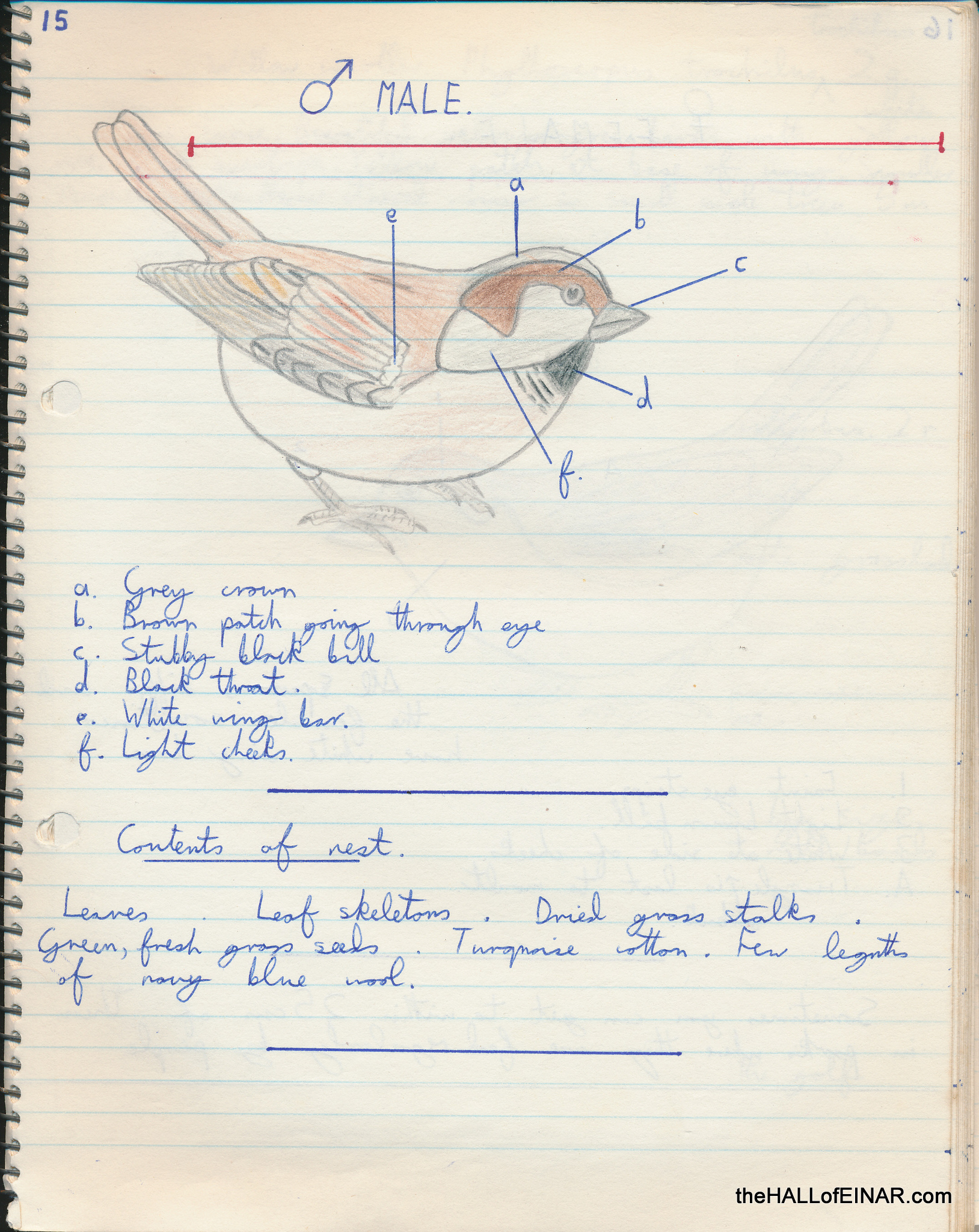 One of the most important features in my childhood was boredom. There was nothing to do and that meant having to find something to interest my curious mind. It’s so difficult now for painfully over-stimulated young people to have the time to concentrate on one thing and really see it and really hear it for what it is. I watched how Sparrows drank. I saw how they bathed themselves. I saw how they flapped their wings and watched their undulating flight. I even noted down the noises they made and distinguished between their noises when perched and when flying. 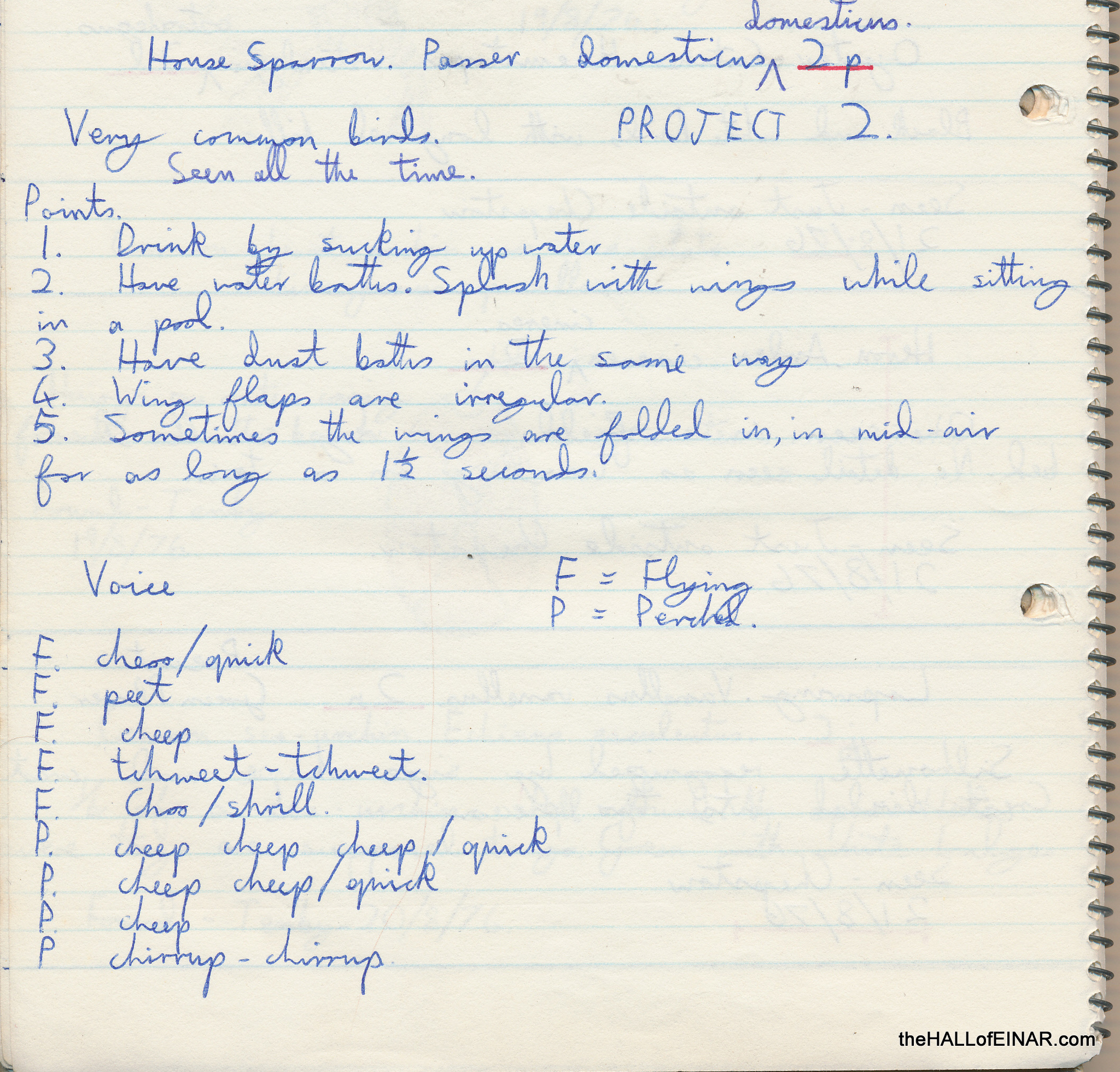 Looking back it’s hardly surprising that just six years later I would be studying animal biology at the University of Oxford. When all our undergraduate student group were bussed to Wytham Woods and told to listen to Great Tits and Blue Tits calling and come up with a notation system for their language the other students didn’t know where to start. I was in my element; I’d been doing just that for years.

Here’s my nature notebook entry from 1976 for the female House Sparrow: 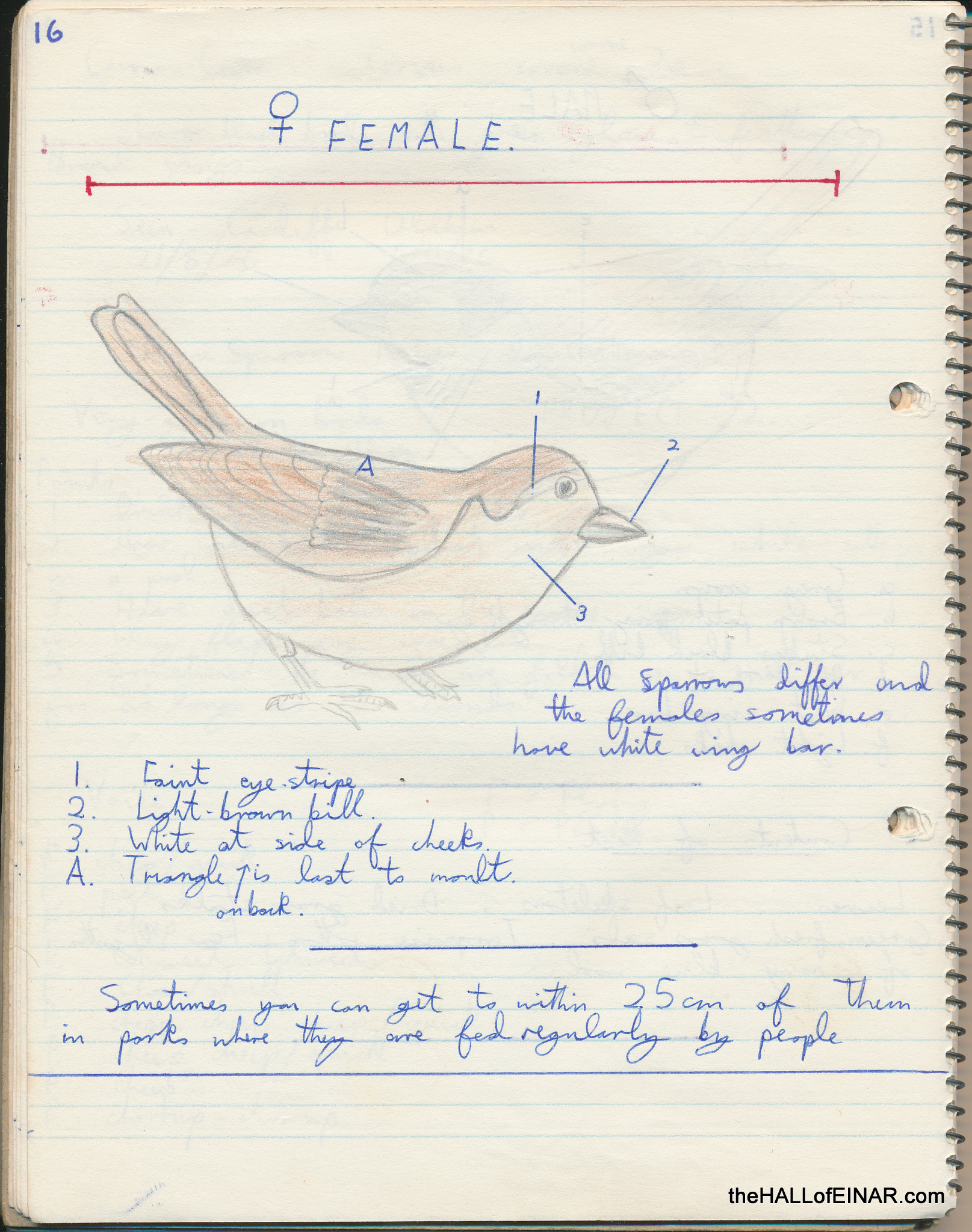 And here’s one in the park today: 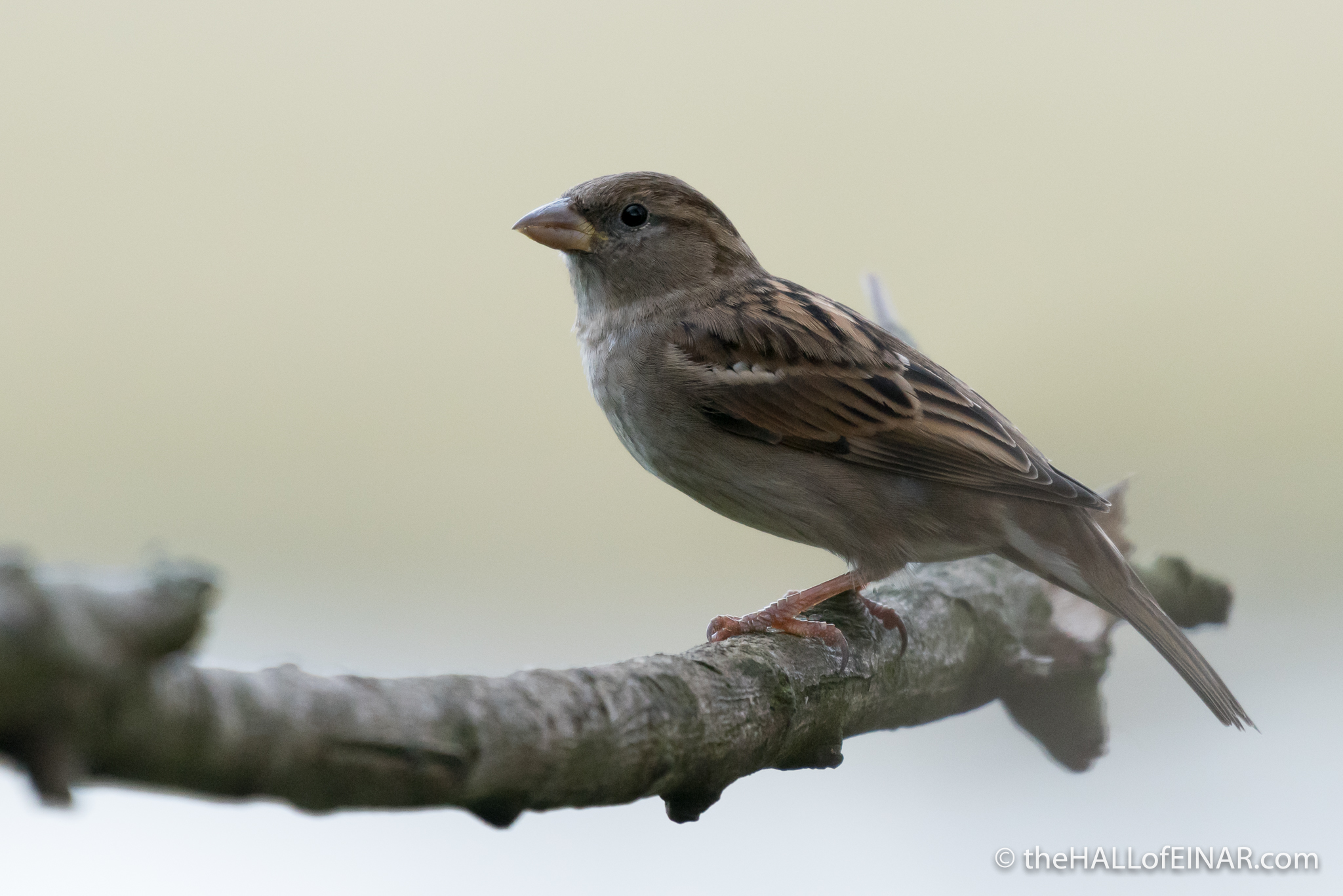 They are beautiful birds and it really is worth giving them your full attention. You don’t have to wait to be bored in order to meditate on how fascinating they are.