The distribution of Herring Gulls must have changed significantly over the last forty years. I was 12 years old when I wrote about seeing them on holiday in Tenby in South Wales. I’m surprised to see that I also wrote about seeing them in my childhood home town of Oldham back then. Now I spend a lot of my time in Devon and they have spread further and further inland to breed, becoming pests to some people and a delight to me. They are famous for stealing chips and can swoop (always from behind) and steal the ice cream out of your cornet.

Here’s my nature notebook entry from 1976:

The scientific name argentatus means silver; I wish their common name was Silverwing rather than Herring Gull, but then I’m a romantic.

In 1912 Italian birdwatchers joyfully reported the passage of a single Herring Gull over Rome. Now it’s hard to imagine Rome without them. Italian Gulls are different in that they have yellow legs rather than pink. They’re also now recognised as a separate species, the Yellow-Legged Gull or Larus michahellis. Here’s one standing in the Roman Forum, the Foro Romano. They really do look like the world is theirs, just like it was for the Roman Emperors before them. 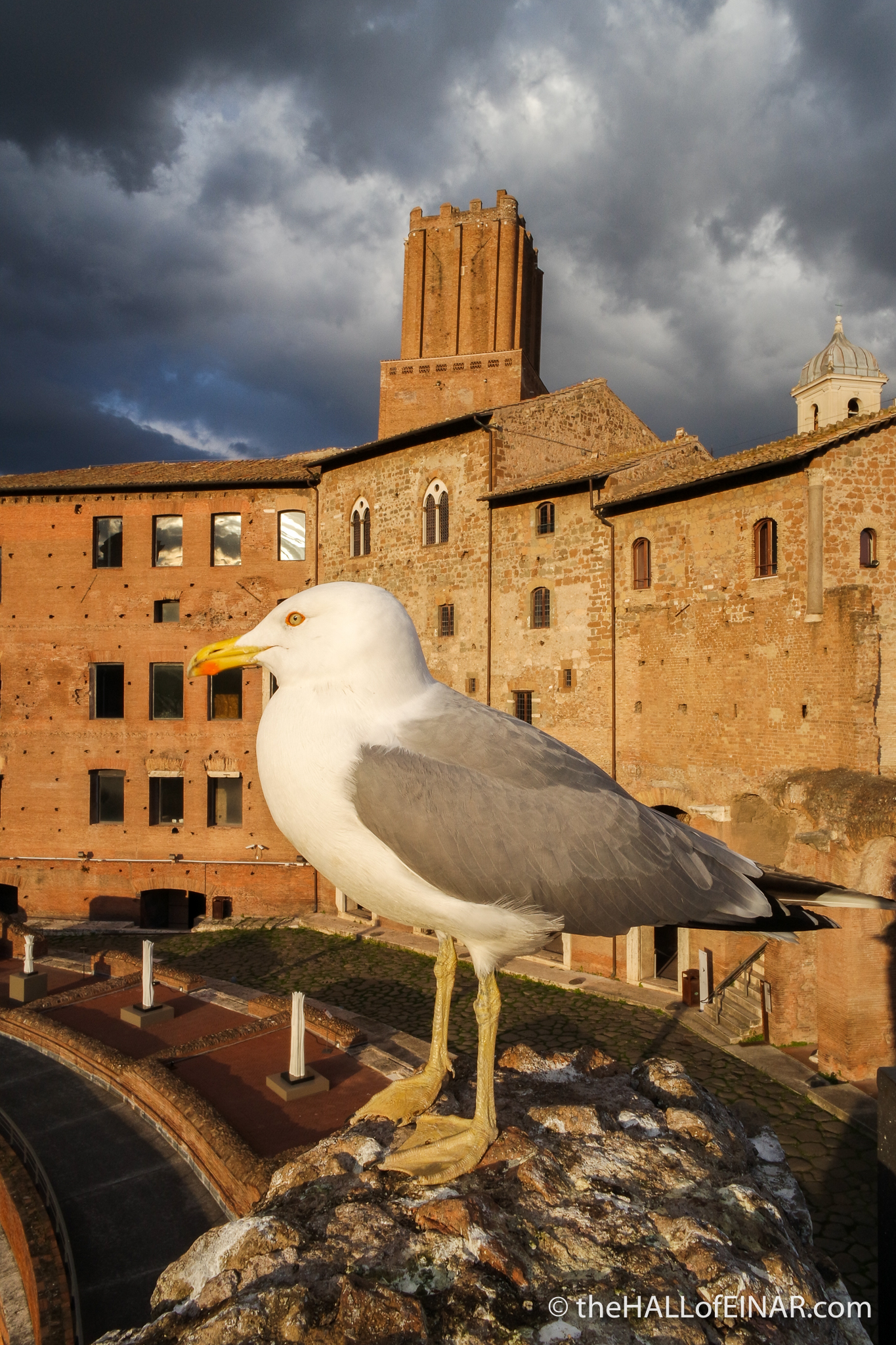 They still have the heavy yellow bill with the red spot on the end of the bottom half. And then there are also those beautiful yellow eyes. The Italian gulls have a red eye ring. I’m sure UK gulls have yellow eye rings. I’ll be sure to take some close-up photographs soon to check. The red spot on the beak is called the gonydeal spot and is a target which causes baby gulls to beg for food. 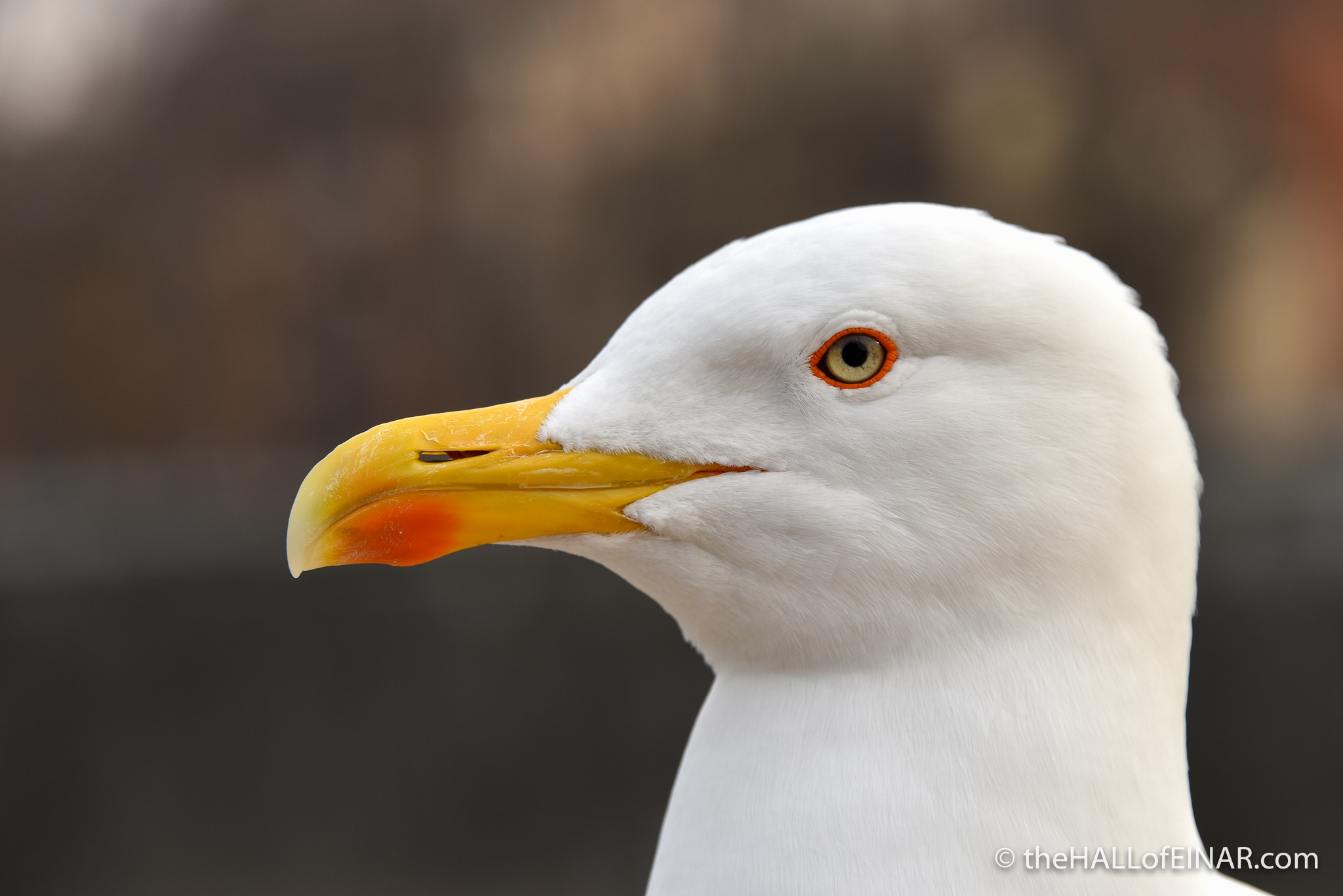 The one thing which I really should have mentioned is just how noisy they are. 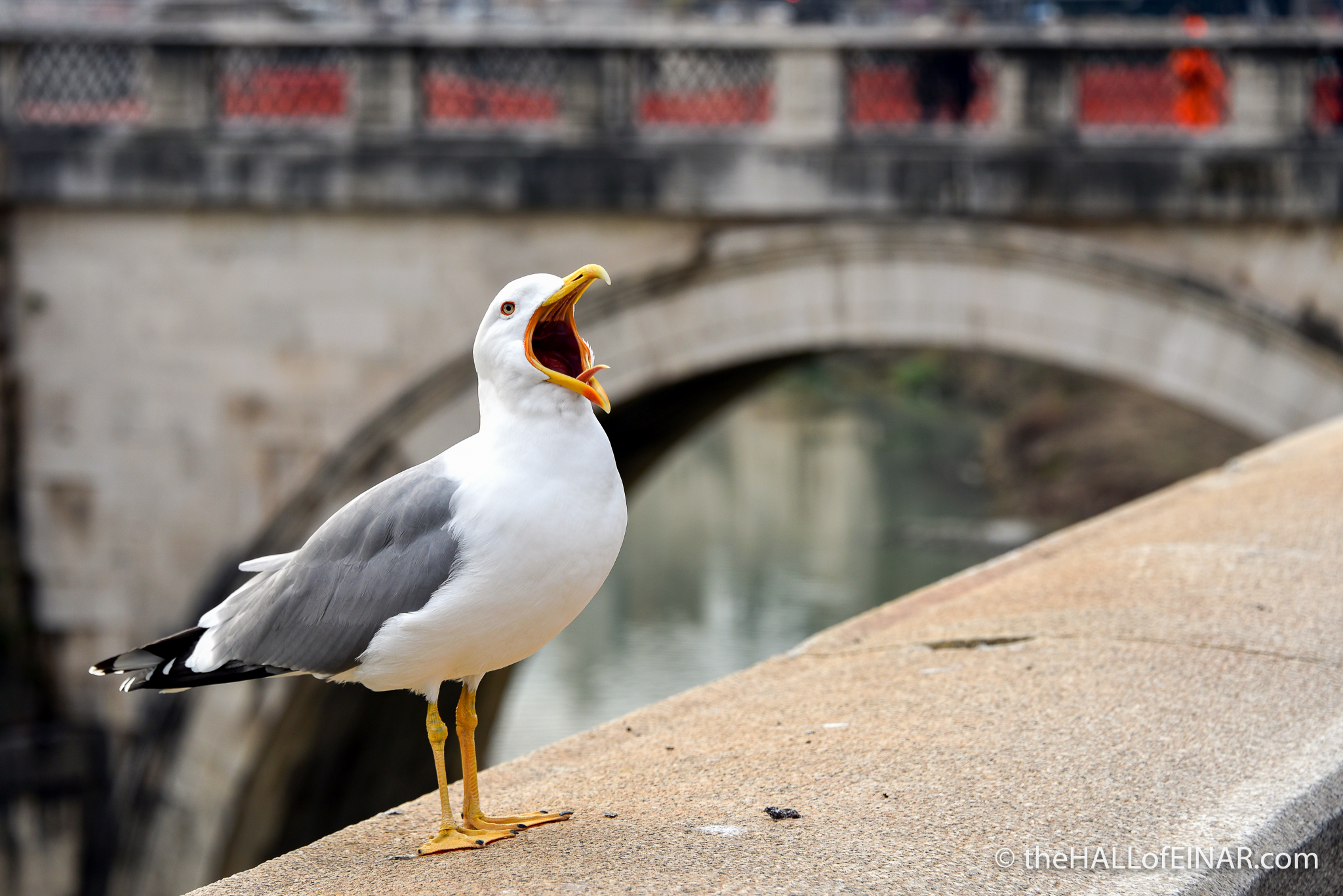 I can’t wait to take some photographs of Herring Gulls in Orkney. I’ll be looking extra carefully at the colour of their eye ring and legs in a way that I never have before. I’ll also have to investigate whether Orkney gulls are as good at ballet as the Roman ones. 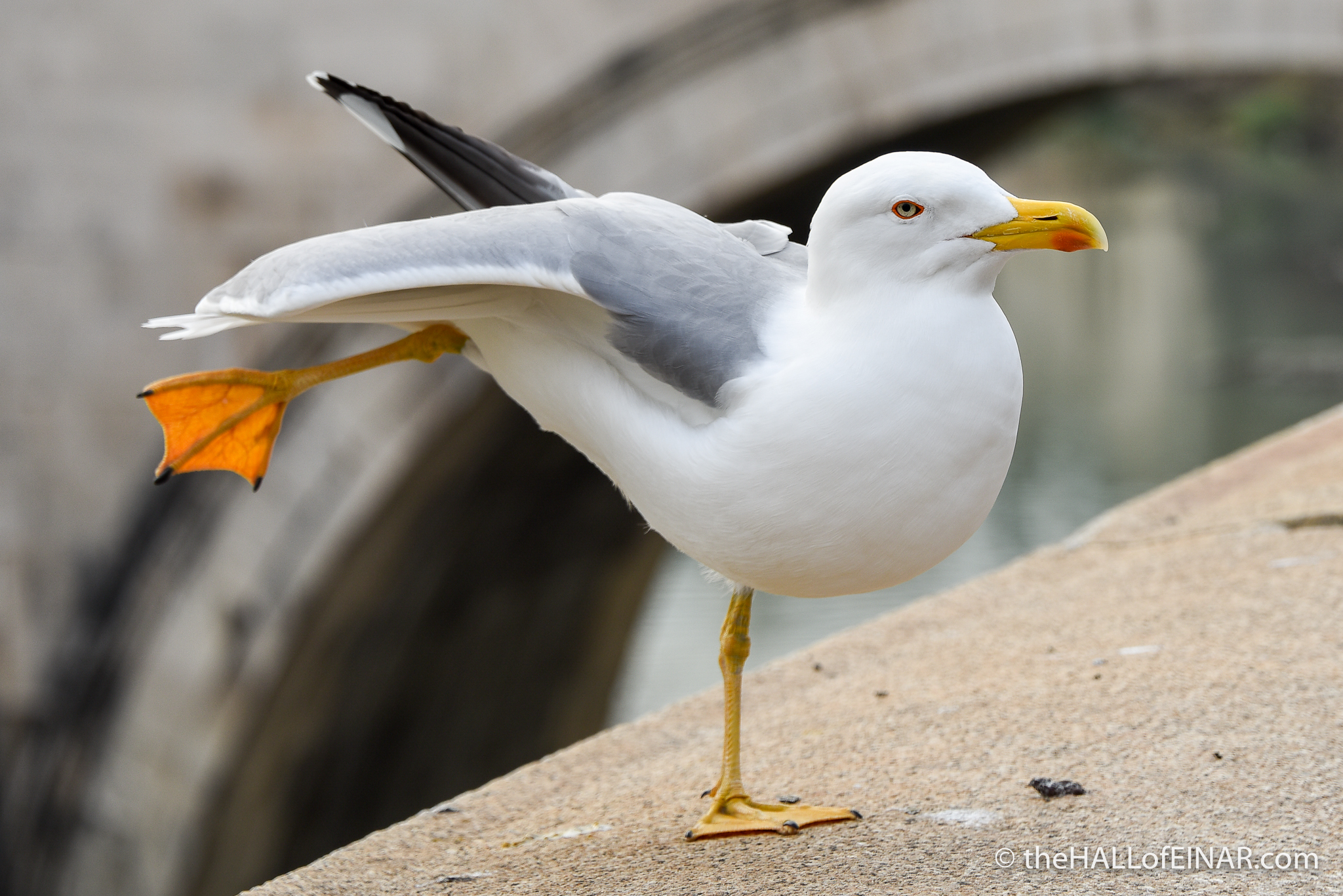